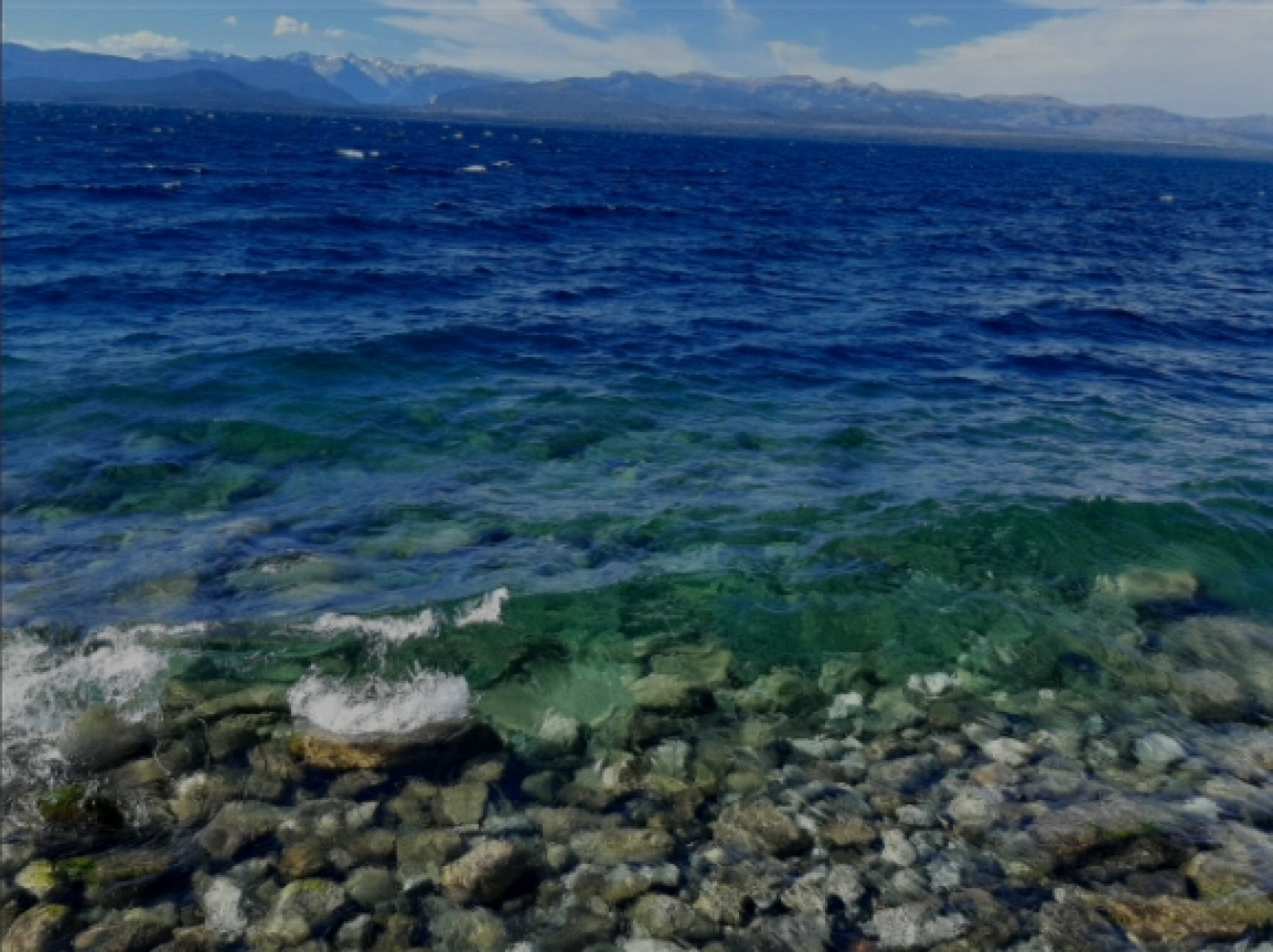 The Lamu Lake (Озеро Ламу) is a big freshwater lake located in the transition between the steppes and the the western forest. It is surrounded by the Sentinel Mountains. It is one of the most outstanding natural landmarks of the country and is considered sacred by the communities that live on its shores. It is said that it's cold waters are curative and are crystal clear enough to see the truth on them. The name of the lake is a word from the language spoken by the Evsk tribe which means "sea". 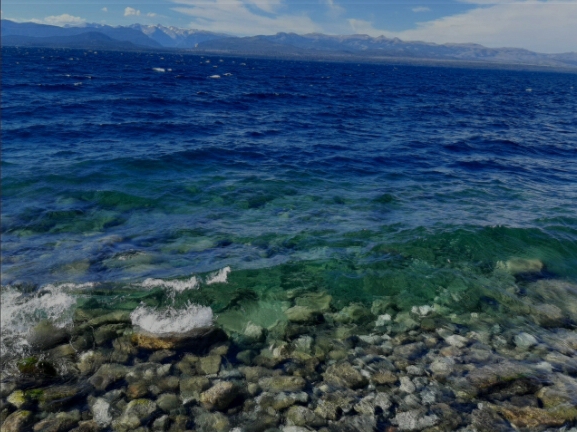 The lake is located in a rift among mountains. Its waters were filled by the melting of ancient glaciers, which makes it a lake of icy waters. It is also connected to several rivers, some of them are affluents that discharge water on it while others discharge its water into other lakes. It has several branches with peninsulas and gulfs. The ground is mainly made of volcanic and metamorphic stones, some of them are still conserving their sharp edges while many others had been eroded by the lake's waves and got rounded shapes. In some regions, is possible to find sand. At the date people's don't have enough technology for determining its exact deep. 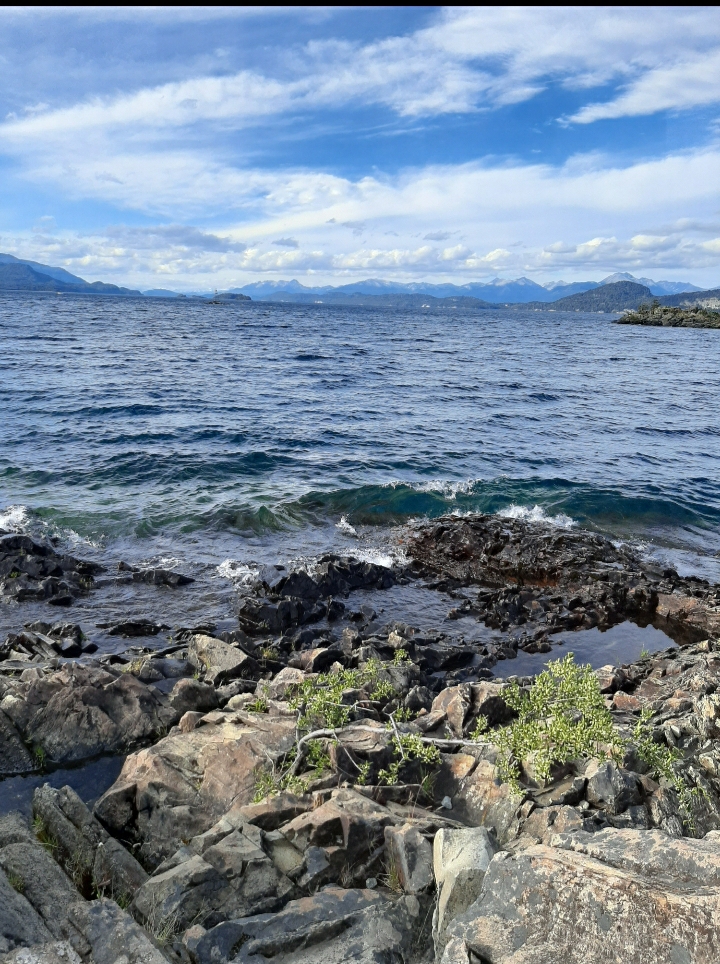 The weather of the region where the lake is located is cold, dry and windy. The lake is surrounded by the forest, the steppe and the mountains so the environments around it are very diverse. The water is cold, as its temperature never goes above 12⁰C and during winter can get frozen. Many algae and other microorganisms keep the water clean and give it its typical greenish- turquoise shade. The sunlight reaches to depths around 200 meters so the region above them got enough oxygen for allowing low depth fishes and other creatures living. In deeper waters, it is darker so the amount of oxygen is limited compared to the area close to the surface. However, the fishes found in deeper waters are larger.

In the region some people says the lake is alive and it is even referred as a person. It is because it's often to see its appearance to vary suiting the weather as its combinations of color, motion and other aspects is never static, so it is possible to see it differently every day. During sunny days, the water has a strong blue shade. According the wind, waves can be enough for moving sediments, ashes from past eruption and algae, making the water change from a blue tone to a greenish one or even a turquoise color. These color changes can be seen once a day or even several times during the day, creating a visual dazzling that charms the beholder's eyes. In cloudy days, the water acquires a silvery gray color, making it look like a sea of silver. The direction and intensity of the waves can change very quickly, turning suddenly the lake from a quiet water mirror to a fierce beast that seems to be attacking the people who get into its waters in a non accurate time.

As in many places like the Sentinel Mountains themselves, the lake got some exclusive phenomena that seem to unfollow the rules of nature. These two supernatural phenomena are listed together because them are related and can happen simultaneously or consequently. As it was said before, Lamu's water is remarkably crystal clear, making the the bottom visible from above and also, a popular saying tells that "it is clear enough for seeing the truth" and it isn't only in a metaphorical way. There are documented cases of explorers and other people who could see premonitions or revelations of hidden truths while looking at the water with attention in critical moments. When it comes to predictions, it is said that what's seen in the water becomes reality so probably the same applies for revelations about people. Another strange phenomenon that had been documented by people who had spent the night at the lake's shores is the "breaking of the dream-reality barrier" which means that the person lives experiences or sees things (sometimes them are supernatural) that feel real but the nature of these events seems too blur as the next morning , when the person remembers them they cannot distinguish if everything was a dream or If it was real. These events can end abruptly in silly ways for example, when the person ends falling into the lake, which makes the experience similar to sleepwalking. While one of these episodes happens, the people can experiment the Truth Reflection too (the event previously explained) so these "dreams" can work as premonitions. Because not everyone experiment these phenomena, while some people strongly believe In the existence of them some other think them are more like fairy tales than reality.

The lake is surrounded by forests of tall pines and other coniferous trees among Oaks and bushes. Under its waters some animals that can be found are fishes like trouts, several kinds of salmons and catfishes, mammals like otters and crustaceans like crabs and shrimps. Some common birds are seagull, eagles, Falcons, owls, sparrows, woodpeckers among others. In the forest is common to find wolves, foxes, bears, squirrels and deers. Tigers are rarely seen but it is known that them live around the lake as them have even be, but them tend to be shy towards people.

The lake and its surroundings area got many natural resources used by people. While the forest provides wood, berries and fur, the lake provides fishes , stones used for craft and building, mollusks, otter fur and fresh water among other resources. When the waters are calm, them can be used for leisure as people can swim in the low depth parts of it, near to the shores. Taking a bath in this lake can be tempting due its charming colors, but it is not an activity for everyone. Foreigners usually end being fooled by its frosty waters, that look warm enough for being a nice place for swimming but can end being colder than how they imagined. 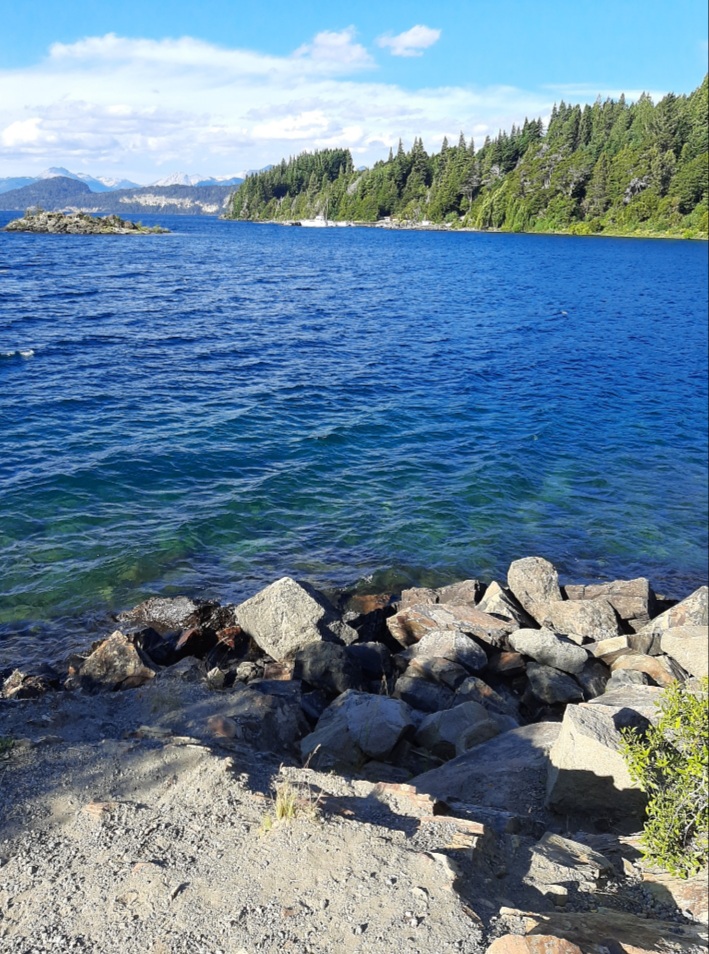 Competition Homepage
In response to the prompt Create an area of outstanding natural beauty in your world!

All the pictures had been taken by the author at Lake Nahuel Huapí. If you ever visit Argentina, don't miss the oportunity of visiting northern Patagonia, a region of mountains, forests and steppes and loose yourself into the cold and crystalline waters of the Lake Nahuel Huapi.

Cool place. I really like how you developed the different aspects of this area. It did strike me as odd to have salmons in a glacial lake. Are those the right fishes? If so, there must be an interesting story behind them.   I loved the idea seeded by this bit:

are crystal clear enough to see the truth on them.

I hope to see it more developed in a later article (or in the sidebar) if it is an actual legend or something.

Thank you for reading and commenting, Silo! I'm glad you liked it and I appreciate it a lot! :) Yes, I know it may sound odd, even for me but that aspect was inspired by the lake from which I got the pics which despite being a glacial one got some fish species from the family of salmons (like Pacific salmons) ! In its case them are not native but they got adapted surprisingly well, in fact i was surprised when I found it out and I thought it was pretty curious... nature does crazy things...I have to think about the story of how these salmons came to Lamu, but is is an interesting topic to explore for further development of the article. As it's still a work in progress, there will be more updates, including it and the crystal water issue.

Thank you Yna! I've always seen a huge resemblance between the lake from the photos and Baikal so both lakes inspired me for creating this one. I hope being able of visiting Baikal someday, it would be a dream come true!

Nice with the touch of magic in the environment. My problem with the concept "Detect Magic" in a magical world. "I cast detect gravity!" More like identify the type.

It sounds so beautiful. I love that the colour can shift throughout the day. I also love that some cultures see the lake as alive. <3

Thank you a lot Emy!! (Omg, I don't understand how I haven't seen this comment) I appreciate a lot you liked it. In fact those traits were inspired by the real lake in which I took the pictures, I thought it was something really interesting and accurate for a magical lake.