Work in progress
The Ogon volcano (Oгонь Вулкан, literally Fire Volcano) is a volcano located in the Sentinel Mountains. It is located in the Tiger Domains, one of the several areas considered Wild Lands, claimed by Moskova but in fact almost uninhabited by Moskovar people and in some places, by humans themselves. It is also the highest peak in the country, with a height of 5000 meters over the level of the sea.

The mountain is a stratovolcano with steep slopes that turn climbing into a very hard task. It is located in an area of mostly temperate-cold climate, where snow is very common during winters. Is the highest mountain in the Sentinel Mountains , the main mountain range of the Empire.

The fauna and flora correspond to the ones present in cold-temperate forests, and depends on the height. In the region that's near the mountain's feet, the most common plants are firs, pines and other coniferous species as well as bushes and grass. About animals, some species that can be found are minks, tigers, bears, bluejays, squirrels, ravens, owls and eagles.   When going up and closer to the the mountain, the biodiversity decreases due both the height and the fact that the volcano is not extinguished yet. The frequency of the eruptions it is still unknown.   Besides animals and plants, the volcano, as well as its surrounding region, is inhabited by supernatural creatures. Some of the creatures that roam through this place are Sirins and tree spirits, especially in the forest. About the volcano itslef, it is believed that it is inhabited by Demons.

Regarding natural resources, this area is rich in wood, animals for hunt, gemstones and minerals like iron, gold and copper. However, due to the difficulty for exploring the mountain, them cannot be really used. 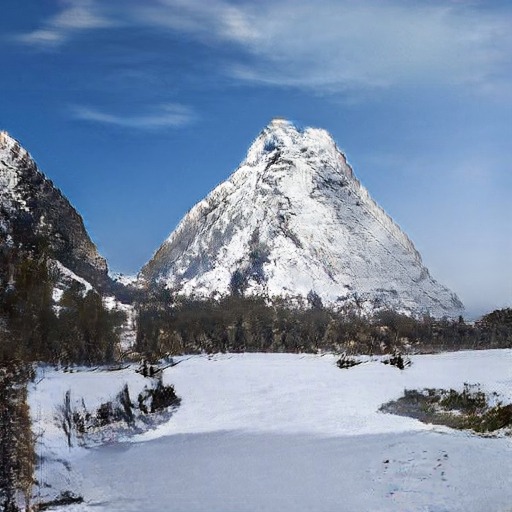 Answering: "an inhospitable region or geographical landmark"
Visit Gege16's Competition Page Check all other answers to this prompt Competition Homepage

This is a really pretty volcano! But I would not want to be close to it, despite the natural resources that can be found here, since the volcano is still active. A great article! :)

Thanks a lot! Same here, is a really beautiful place but better have some caution ^_^