As seen in The White Death of Kelunbar

The last time that somebody confused me for a squirrel, I clocked him in the forehead with the blunt end of one of my crossbow darts and asked him, "Could a squirrel do that?"

The skee are the innovators of Kelunbar, fascinated with exploration and experimentation. They are the most technologically advanced species in Kelunbar and live in villages and cities built into the treetops of Kelunbar.

Kittens are raised for the first year of their life by their mother, who teaches them day to day tasks, how to avoid being eaten, how to gather food, and skee stories and history. Young skees learn very quickly, and for their second, third, and fourth years they attend a school where they learn arithmetic, science, and art. After that, they move on to apprenticeships, learning the skill or trade that they will pursue for life. They live with a mentor, carrying on the trade or business until after their mentor passes away, and eventually becoming a mentor themself.

Skees live in self-governed villages that consist of one village leader, four counselors, and six sentinels for an average sized community (about 50 skees). In Tokensaturn City, the skee have a a much more elaborate system of government to make up for the size of the city.

The village leader, or the Red, is selected by the Council after a previous leader has died. This skee is always red, and makes final decisions on matters regarding the entire village.

The council consists advisors: an equal number of grey and silver skees. They advise the Red on what decisions to make.

The sentinels are always black, and police minor squabbles, deliver messages to and from the people of a village, act as ambassadors to other villages, and organize defense from predators.

Some skee choose to exist outside of skee villages and cities, carving out their own way in the forest.

Rich, shiny, and silky coats matter to skee and they have the leisure time to invest into their care. Hair care is a booming industry in most villages, and some of their agriculture is dedicated to growing plants that can be made into conditioners and oils. There are some that make your fur shiny and some that help skee shed their extra fur. Skee also trim and shape the fur around their face and tails.   When skee wear clothing they dress for impression and expression, as opposed to utilitarianism or modesty. They love hats, scarves, vests, and bags or pouches that they can put their tools or foraged food in. The amount of clothing a skee has is considered a status symbol: a skee with lots of clothing has access to a lot of time or resources.

In the spring, female skee choose two mates who they believe will provide the best combination for healthy, intelligent young, mate with both, and then birth one to three kittens six weeks later. The mother then raises the kittens with the help of her siblings and mother, with little, if any, deference to the sires. Typically, for at least forty days, the mother spends her time solely caring for her new kittens, and she returns to her trade once the kittens are safe to be left unattended.   Mating is almost entirely utilitarian. Sires often make attempts to win a mate (or multiple) in the spring. A mother may choose to have anywhere between one to four litters in a lifetime.   A young kitten is completely dependent on its mother's milk for the first two weeks of its life, before maturing quite quickly. Skee are fully developed physically after two months, then mentally after three. At this point they are able to communicate the entirety of Kelunbar Common, though they are still considered kittens and live with their mother until they reach two years of age in order to gain life experience. 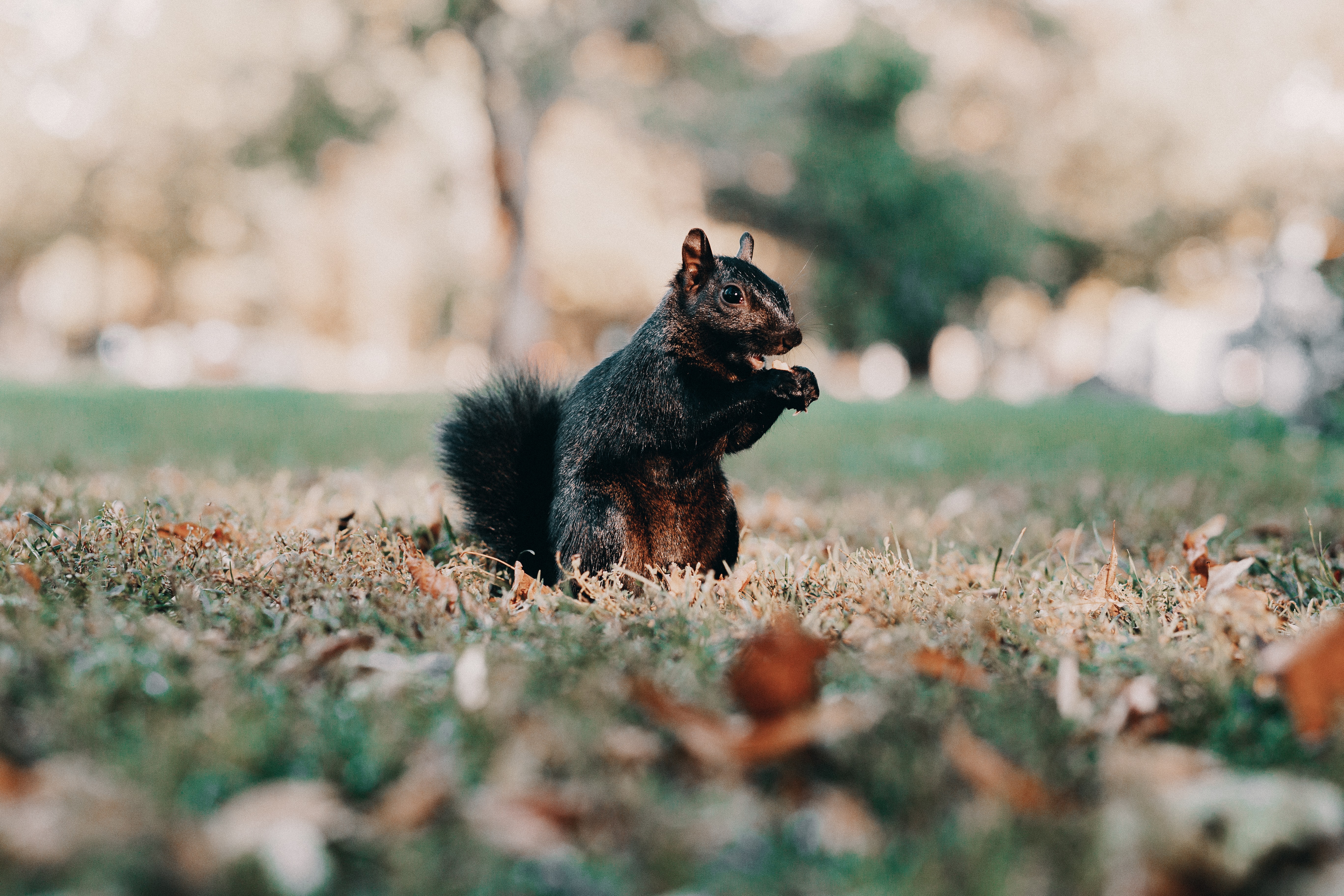 Skees are one of only two races in Kelunbar that have developed weapons, which they use for self-defense. (The other race is sirens, and skee sirens introduced weapons to them.) Skees have a love of archery, including long bows, compound bows, and crossbows, which allow them to pelt predators from the treetops. These are typically made with sturdy wood. Arrowheads are made with rock, and bowstrings are made with plant matter. They also have know how to make tools such as knives, utensils, containers, or hoes with rock and wood.

Skees live in the treetops of Kelunbar, and create tree houses that are designed to embrace the natural structure of the tree. They make full use of branches, knots, trunks, and holes, and create highways through tree trunks and with tree branches. They use fallen branches or trees, large leaves, woven grasses, rocks, and other materials to create these structures. They provide warmth in the winter, cooling in the summer, and light in the dark, giving skees the ability to be active at any time of the day or year.   The skee also have a fully functioning mail system in Tokensaturn City used to send each other important items without the bother of walking across an entire village.

Skees agriculturally cultivate healing plants, which they turn into salves and poultices. They are also capable of performing minor surgeries such as stitches or amputations with a reasonably good success rate. A skee's primary worry is being eaten by a creature of the forest, rather than simply being injured.

Skee are herbivorous, thriving on nuts, berries, fruits, and vegetables. They primarily forage during the warmer months of the year, saving up to half of it in storage. The skee also grow crops like the paper beet which are stored in the winter as a food source.
Origin/Ancestry
Skumas, Being of Inquisitiveness
Lifespan
50 years
Average Weight
4 lbs
Average Length
16 inches
Related Myths

Skees come in colors ranging from reddish or orangish brown to grey or black. Some grey squirrels appear more silver, and occasionally a squirrel will take on more of a golden tint. Sometimes white spots or streaks will appear on a skee's foot, forehead, chest, or tail tip, and this changes the perception of personality. 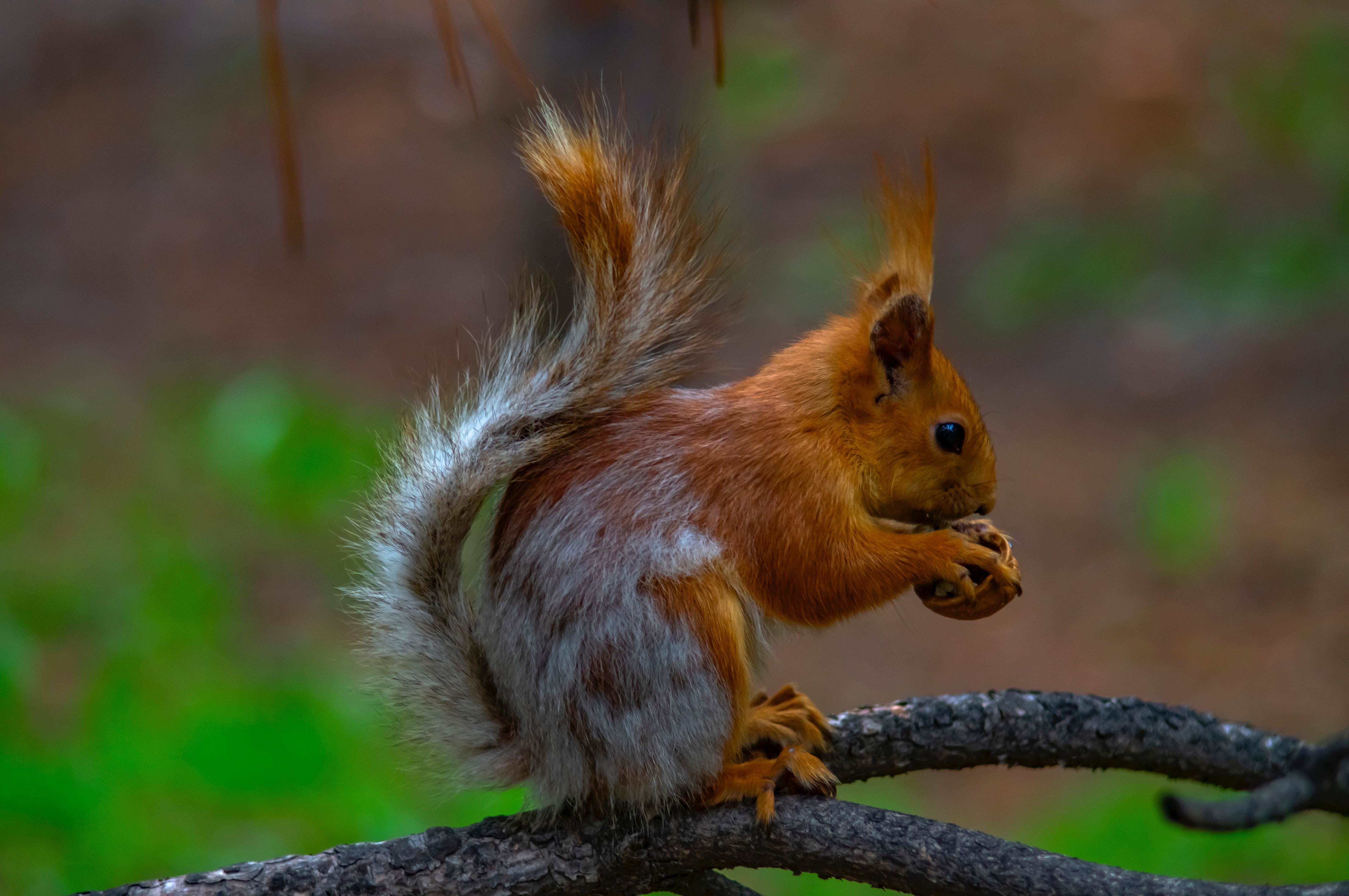 Skees believe that the color of their fur indicates personality traits that an individual will have throughout their life.

Red skees are considered to be leaders and decision makers.

Orange skees are assumed to be artists and creators. They are the most innovative type.

Brown skees are thought to be very practical and take on many foundational tasks like building and gathering, instead of innovating.

Black skees are protective of themselves and others, willing to rise up to challenges and warn others of danger.

Gray skees are though to be impartial and wise.

Silver skees are gentle and nurturing, more interested in helping others than themselves.

Gold skees are ambitious and motivated, while recognizing the importance of skepticism.

The Symbolism of White Markings

Where a white marking may be found on a skee changes the meaning of their personality.

A white mark on the tail tip indicates a reversal of personality. For example, a gray skee will be rambunctious, impulsive, and quick-witted.

A white mark on the forehead or face means a more rational perspective and expression of personality. For example, a gray skee will make decision based entirely on fact and rationale.

A white mark across the chest means a heart-based perspective and expression of personality. For example, a gray skee like this will be more intuitive and warm about his or her wisdom.

A white mark on one paw suggests a personality that is innately selfish.

A white mark on two paws suggests they will receive much good fortune.

A white mark on three paws suggests they will receive bad fortune.

A white mark on four paws suggests a personality that is innately selfless.

Despite skees speaking grandly of how there is no hierarchy to the skee, there are problems with classism in the inner workings of the skee world. Reds are naturally arrogant and at their worst believe themselves to truly be better than others in their tribe and deserving of positions of leadership. Creativity, curiosity, and innovation are highly valued, leaving the more traditional brown skees unseen.

Skees believe themselves to be superior to the other races in Kelunbar, due to their superior technology. They tend to try to eat muscas‌ and bumers‌ dislike the skee because they often mistake the bumers for trees and attempt to use them as material.   Wyverns generally assume that a skee village on their territory belongs to them, though a wyvern very rarely actually bothers the skee and the two live their separate lives with little inconvenience. One exception to this is in the legend of the Clear Chalice.

Articles under The Skee

Copyright Charlotte Mulder 2020. All rights reserved. All Uncredited images are from Unsplash or Pixabay.
This article has no secrets.