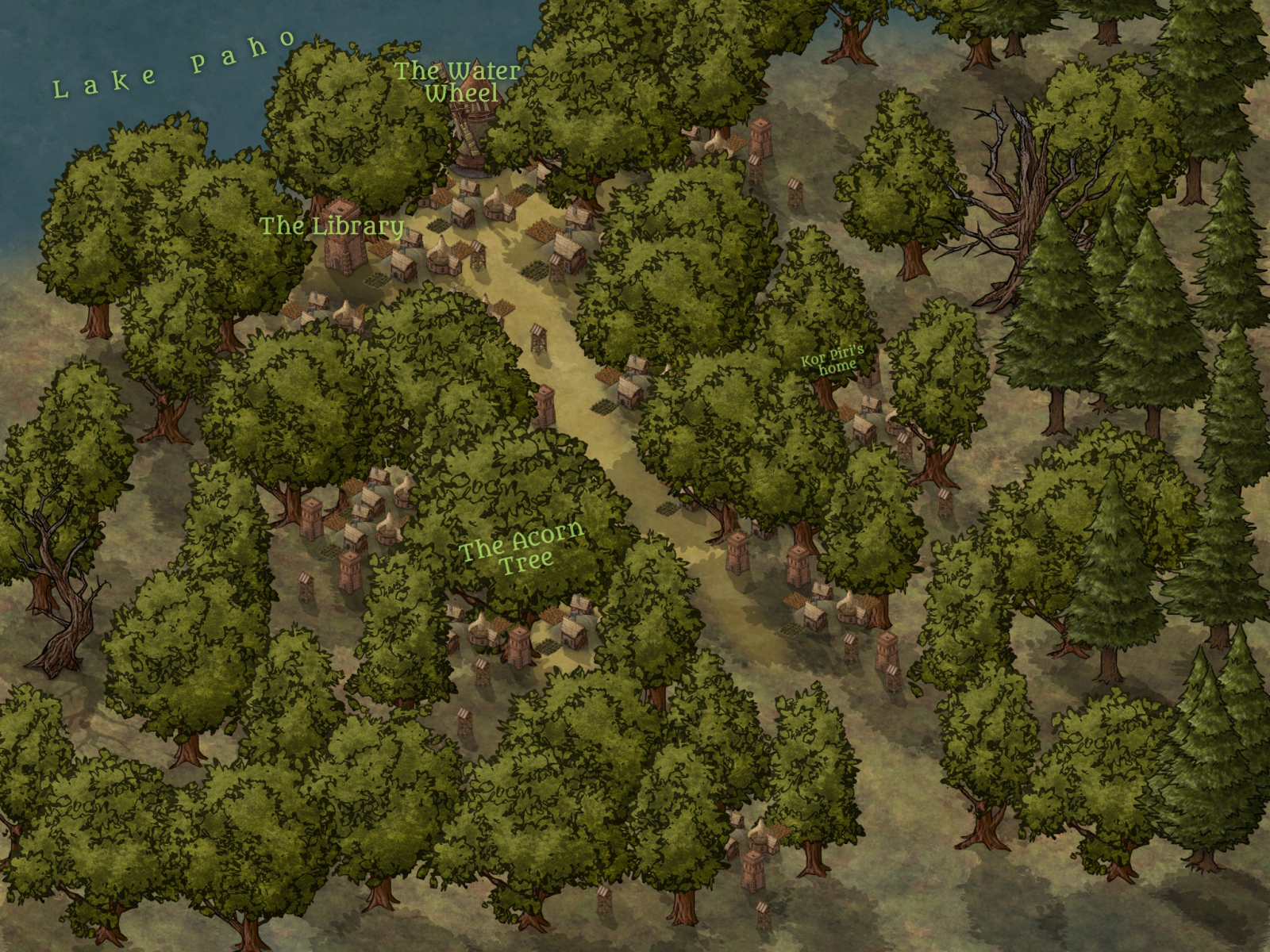 Most Skee villages are small, with only fifty or so members. Tokensaturn is the exception. On the edge of Lake Paho can be found a sprawling city of hundreds of Skee who work tirelessly to create art and technology. Here is the only location with mills, large theaters, a tax system, a public library, and the first and only museums in Kelunbar.

The Hub of Innovation

Tokensaturn is where the Skee have made much of their modern progress. So many bright minds in one area combined with access to a wide range of materials and inventions means an exponential increase in experimentation. Like all Skee settlements, it is built on and in old-growth trees and consists primarily of residential homes and shops. In addition an area called the Central is built right next to Lake Paho, and here is where the capitol, museums, theaters, and the famous Water Wheel can be found.

The residents of Tokensaturn are over 99% Skee, the rest being a few Wyverns, Bolets, and a few Druant animals small enough to reside there.

The government is built on the Skee's base governmental system of one village leader, four council members, and six sentinels. However, the city is separated into ten districts. Each district has a leader, simply called the Red, a council of eight members, and ten sentinels, as well as The City Court, to which each district reports happenings and problems. The City Court passes laws and makes decisions for all of Tokensaturn. The City Court has one City Leader, a grey and a silver council member from each district selected by the district's court, and fifty sentinels referred to as the Force.

The Force sentinels guard the city and defend against wild animals or ill-meaning intruders by constantly watching the parameters of Tokensaturn. They could act as an army if needed, but the concept of war has not yet been introduced in Kelunbar.

Tokensaturn was founded by a group of Skee who rallied together after the Beings retreated from the world. With Skumas, Being of Inquisitiveness, no longer at their calls for guidance they realized they had only each other and the minds that their deity had left them. This group of Skee vowed to become the greatest race and civilization in Kelunbar Forest by creating new and better ways to live. 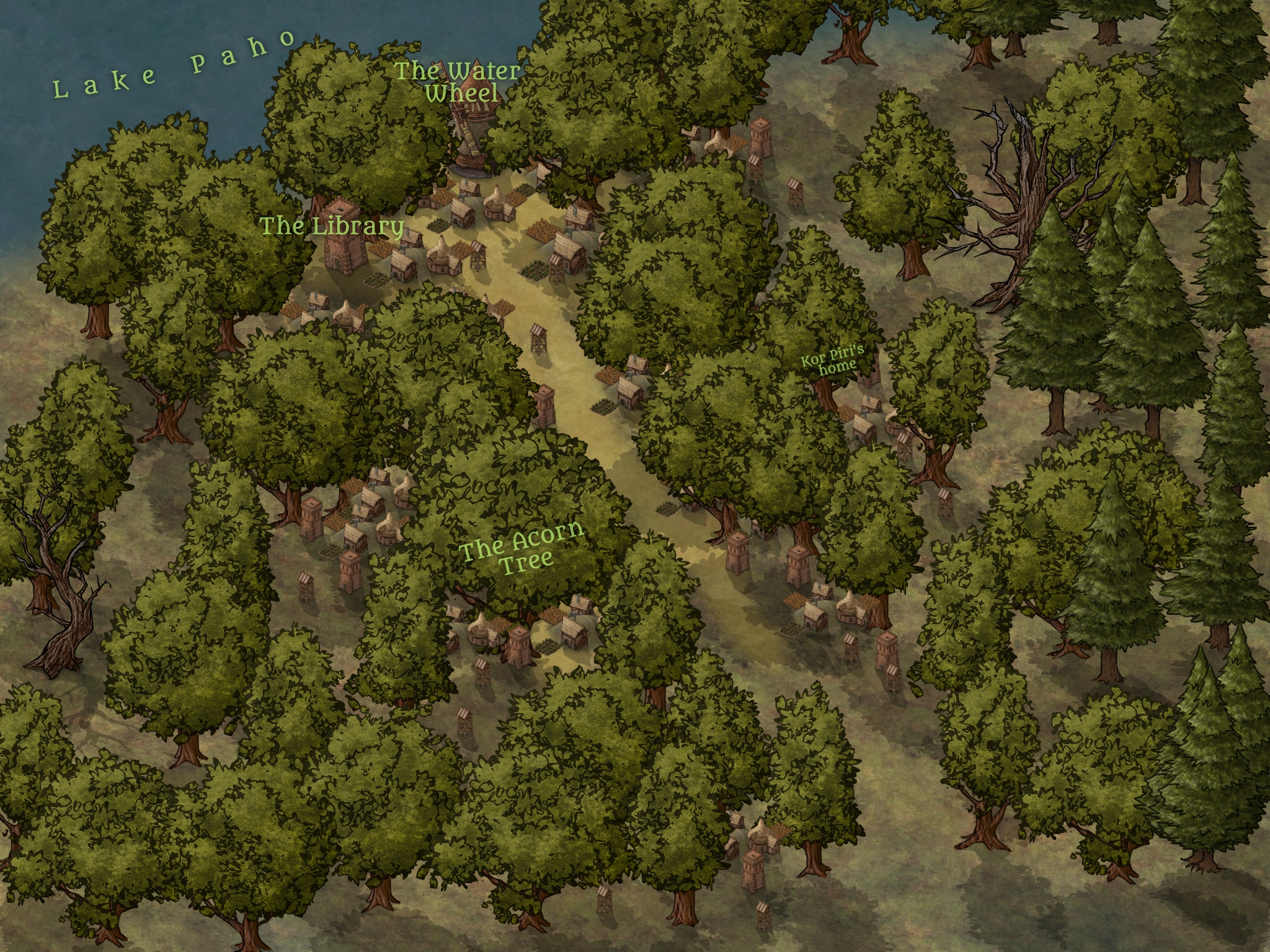 by Char Mulder
Alternative Name(s)
The Skee City, Kelunbar's City
Type
City
Population
890
Inhabitant Demonym
Tokensans
Location under
Lake Paho
Included Locations
Owner/Ruler
Tov Qurya Ristenyas
The Water Wheel is an invention used to create paper. The Skee are the only race that have a written language and history, and this phenomenon increased the production of paper dramatically, which led to the first public library in Kelunbar.

The first (and only) library in Kelunbar, created by the Skee.

Copyright Charlotte Mulder 2020. All rights reserved. All Uncredited images are from Unsplash or Pixabay.
Cover image: by Char Mulder