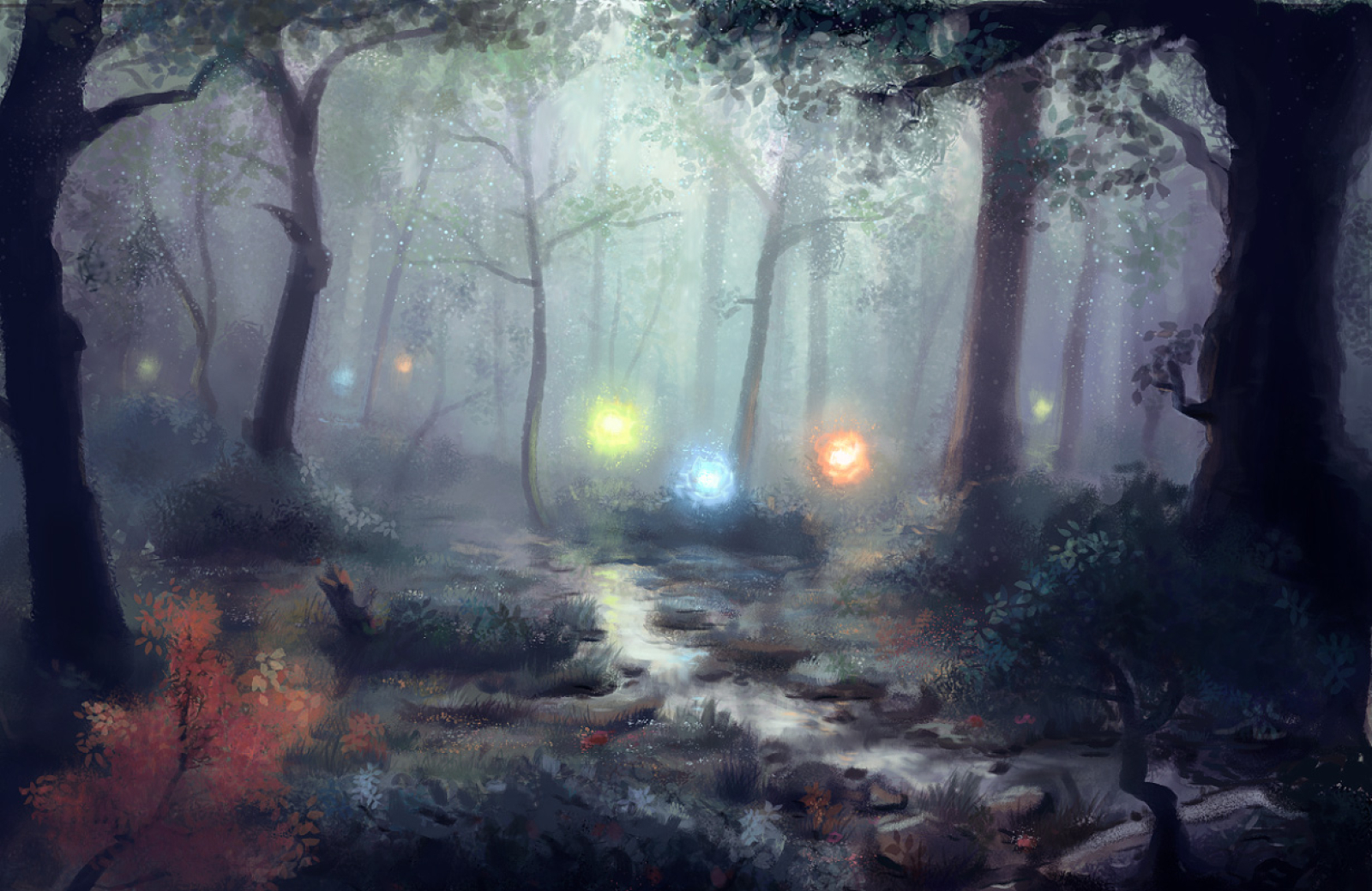 Will 'o Wisps, as some call them, are dangerous creatures who find nourishment in the consumption of souls. At the same time, they are a much sought after pet, rela (see Creatures) paying big bucks to own one. Jairoth come in two subspecies, domesticated jairoth and wild jairoth (each having different breeds beyond that)

Wild jairoth are both elusive and extremely dangerous. If one were to see an alluring floating light deep in a forest in the dead of night, their fate is already sealed. Many children know of the story of following the jairoth and never being seen again, but it is more dangerous than just that. If a jairoth is only seen, it is already too late as they have begun to eat upon their victims soul. If the unfortunate soul had enough wits about them to run away, the jairoth will trail them, slowly sucking away at their soul until they are but a husk lying dead on the forest floor to either be found or eaten by some scavenger. Luckily, jairoth are rare, most nocturnal creatures never seeing them in their life.
Those who do manage to either fight off or escape from a wild jairoth are never the same, bits of their soul gone leading to them have an Imbalanced Soul and having different personalities. Jairoth territories are stagnant, so it's best to just avoid them. The more souls a jairoth consume, the brighter they become. The look like tiny blue-white flames or lights, their body a speck within the flame.

Domestic jairoth, on the other hand, have virtually harmless. They do eat entire souls like their wild cousins, they only eat tiny pieces of a soul, leaving enough for their bites to fill back. As a pet jairoth can eat anything living around them, feeding is no problem for the owners. If a jairoth is treated poorly, it will eat the soul of its master before any other food is offered, but if treated well it will eat the souls of whatever the master feeds it. A domestic jairoth will never be capable to kill someone on their own, only in large groups would it be possible.   Domestic jairoth have been bred in a variety of colors. The most common being purple and green but can be any color anyone could dream of. People also like them for their luminescence, many wealthy individuals having them around while they stroll late at night. Another feature of the domestic jairoth that people find so attractive is their unique personality's. They hang close to their master, seeming to enjoy any tasks they are given as they glow brighter when pleasing their master. They grow attached one other being, staying with them until the jairoth dies or staying by their grave if the master dies first, unwilling to attach to another.
Jairoth are notoriously hard to breed, armature breeders may never know how they actually breed, only knowing that more appear when they are kept in a cage together. Breeders who do know their breeding habits keep it a secret from others, perpetuating the artificial scarcity to make more money.
Nel

How many can I keep before they eat too much of my soul? Asking for a friend...
Great article and a nice choice of art atop!

About twenty or more, but you didn't hear that from me. The picture up top was from a quick google search, the artist ist Ilyich :D

An interesting article! although i would not want to have one as a pet because they eat souls. I am curious though if someone has ever given one as a pet with the intention that it eats that person soul?.

Only if they gave them a wild jairoth. The domestic jairoth aren't able to eat a soul entirly, the holes from their nibbles filling back up before they are able to eat more. Also, it tickles when they bite ;P