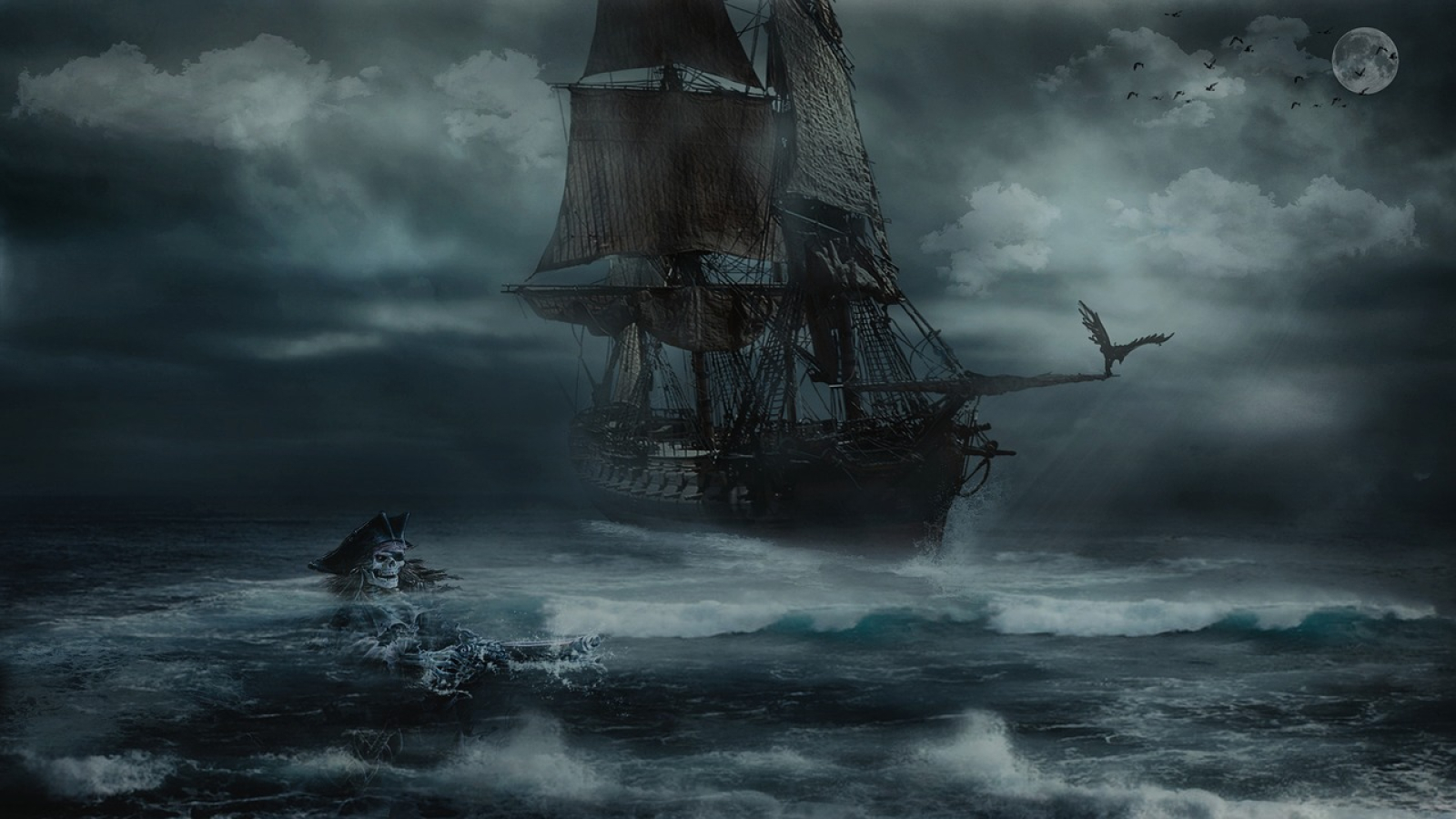 Myths of the Sea: The Stormbrand Corsairs

Legends tell of a gargantuan ship dancing within the heart of the greatest hurricanes. They speak of a woman taller than any man, with honey-blonde hair and a voice like thunder. They whisper of a crew that slams into ships with the force of a tsunami, leaving naught but shards of driftwood as the storm passes by.   They speak of Maria van der Zee. They speak of the Stormbrand Corsairs.   It is no secret that those who set sail during storms will rarely return. Sailing, whether it be through air or sea, is rough, and the appearance of deadly hurricanes, forceful whirlpools, or attacks by the sea's vicious denizens will exact a toll on those who risk the tumultuous waters. Whilst experienced sailors with adventurers willing to defend them may escape freely, those not so lucky will chance their lives on the attempt. Occasionally, though, a crew of sailors whose ship is long gone will arrive upon beaches across the world: stunned, bound, and bereft of valuables, but alive. They speak of a terrifying woman sailing within the storms themselves, whose crew pulled them from their ships and stole all they had to offer, and who offered them a choice - walk forever amongst them, or begone to the pale normality of life.   These rescued crews are never complete. Whether their partners perished in the rains or joined the phantom crew is unknown, for none who seek out the Princess of Waves ever seem to find her. None survive on these vessels that would expose the mystery behind the Princess.   Or, at least: none known.

Some believe that Maria van der Zee and her crew are the fanciful imagination of Besmara's faithful. That one of the Pirate Queen's heralds would come to them in their time of need would not be hard to imagine for these sailors, particularly in a stressful situation in which they might already be begging for her appearance due to the myth.   Others suspect that she may be a skeletal apparition crossing over from the Ethereal Realm, visible only to those on the brink between life and death, her crew made up of souls clinging to some semblance of 'life'. In these tellings of the myth, she is said to sail to the storms from the River Styx, serving as one of Charon's thanadaemons. It must be noted that this telling has never been confirmed by any sailor miraculously spared by the Corsairs, and is largely popular in the inner regions of Valathe where religion rules many minds.   Yet others suspect she is an aboleth abomination; an illusion created by the sea's true masters to capture the lives of those who pass above. The hideous creatures are in constant need of more slaves for their expansive undersea cities, but many who suggest this theory cannot place why an aboleth would let others be free.   In truth, it is extremely likely that the Stormbrand Corsairs are the followers of Maria van der Zee, who is likely Besmara's champion. The myth has been around in various forms for the past few hundred years, easily within the lifespan of one mortal if gifted advanced life by her patron, and Besmara has notably been mysterious on the matter when consulted by the few clerics she has. 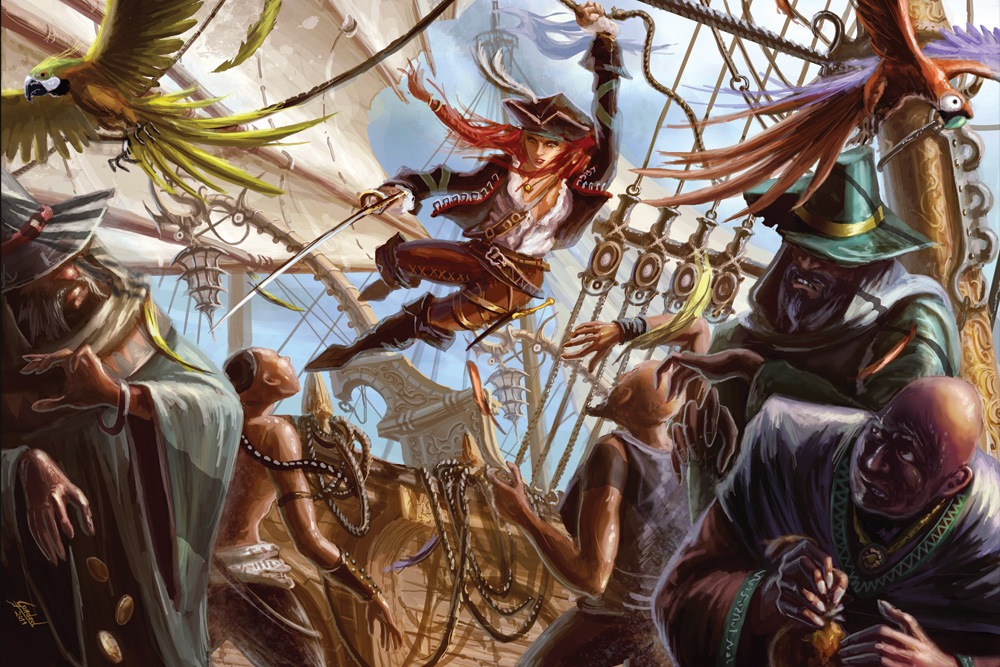