Distantly related to the seahorse and resembling dragons, the plumed chupaeau are incredibly small, and water native species. They come in a variety of colours, but their typical coloration is always bright and saturated. Their feathered mane is always a colour different than their body. The males have a larger mane, but all the species have a slight feathering along their crown and sometimes their sides. This can be puffed up during mating season, giving them a vibrant mane and crown of feathers.   They can typically be spotted in ocean waters due to their iridescence, though some may mistake it for light hitting the water's surface. 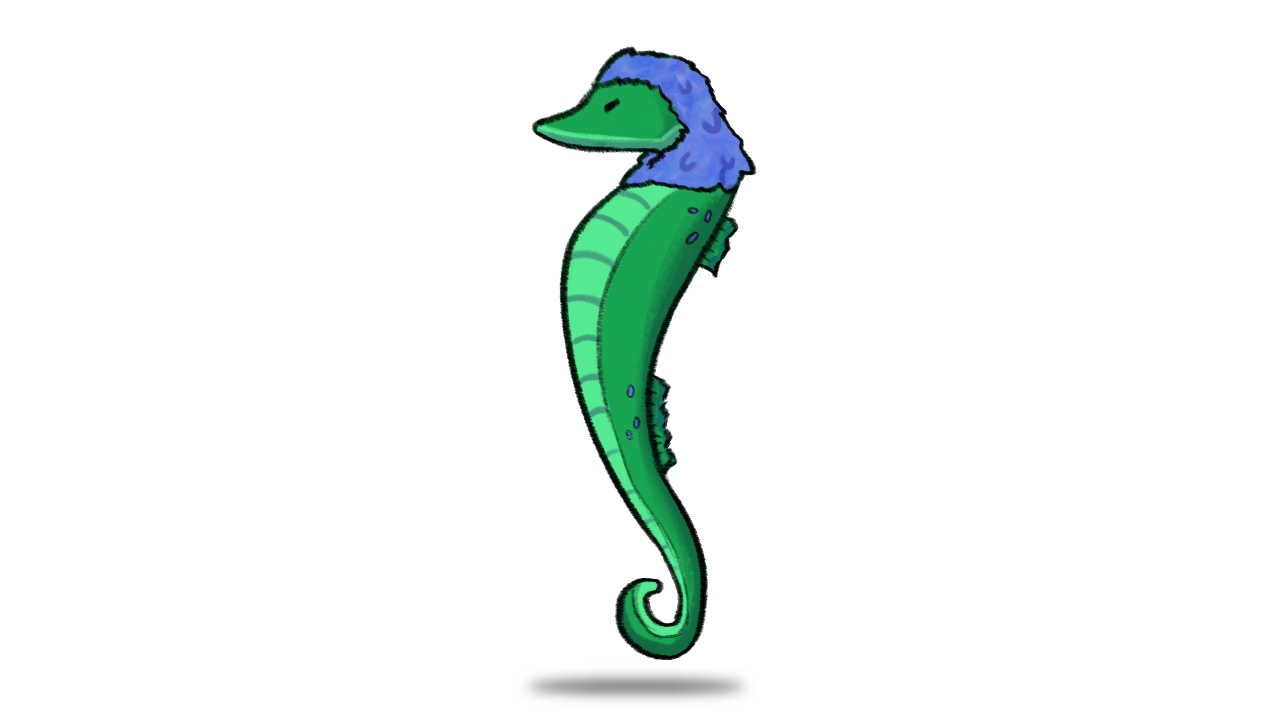 Plumed chupaeau have been used in a medical fashion, though not the way one would expect. Plumed chupaeau are used in high end spas for magical treatment. The being's feet or entire body (depending on how much money is spent) is submerged in warm, calm waters before the Chupaeau are released into it. The chupaeau, living up to their nickname of 'Nibblies' gently eat at the dead skin of the being as well as on the invisible mana aura that surrounds all creatures. They eat the older energy and allow it to be renewed.

The plumed chupaeau have traits similar to seahorses, such as their long torso and tail, and small fins. Their face is built similar to a dragon's, tapering to a thin, rounded snout. Mixing with their scales is a large crown of feathers, with males sprouting larger manes than the females.

Plumed Chupaeau eat small plankton and fish to survive, and a secondary diet of mana allows them to have vibrant colouring. The more vibrant a plumed chupaeau the more mana it has consumed.

Plumed chupaeau are native to Isidoro's sea, typically living near coral reefs. Their bright colours help aid in camouflage, though the iridescence of their feathers often catches the light.

Plumed Chupaeau have a beneficial relationship with all sentient creatures they are around. Plumed Chupaeau eat mana, allowing the person's natural mana aura to replenish itself which can give a sensation of taking a satisfying nap among other positive benefits.
Scientific Name
Dracocampus plumatus
Lifespan
3-5 yrs
Average Length
2.5-10 cm 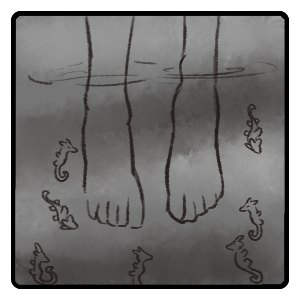 That's a real nice twist on the prompt! Going the whole spa route with nibbling fishes, and making them totally adowwable.   Question: How are they related to both seahorses and dragons? Are there ancient seahorse-dragons, still lurking in the deeps? :O

Thank you! I'm glad you like it! I decided that theyre distantly related to seahorses and happen to just look like dragons since I was told thats not now evolution works : x

These are adorable. I love it. How does eating the mana field work as part of a spa treatment?

It's basically kind of like a massage, it helps refresh people and make them feel really comfortable! : D

Adorable! But how are they related to dragons? Btw, your art style is AWESOME. Keep it up ^^

Thank you! I ended up changing it to them being related to seahorses and looks like dragons by chance : x Thank you for the compliments!