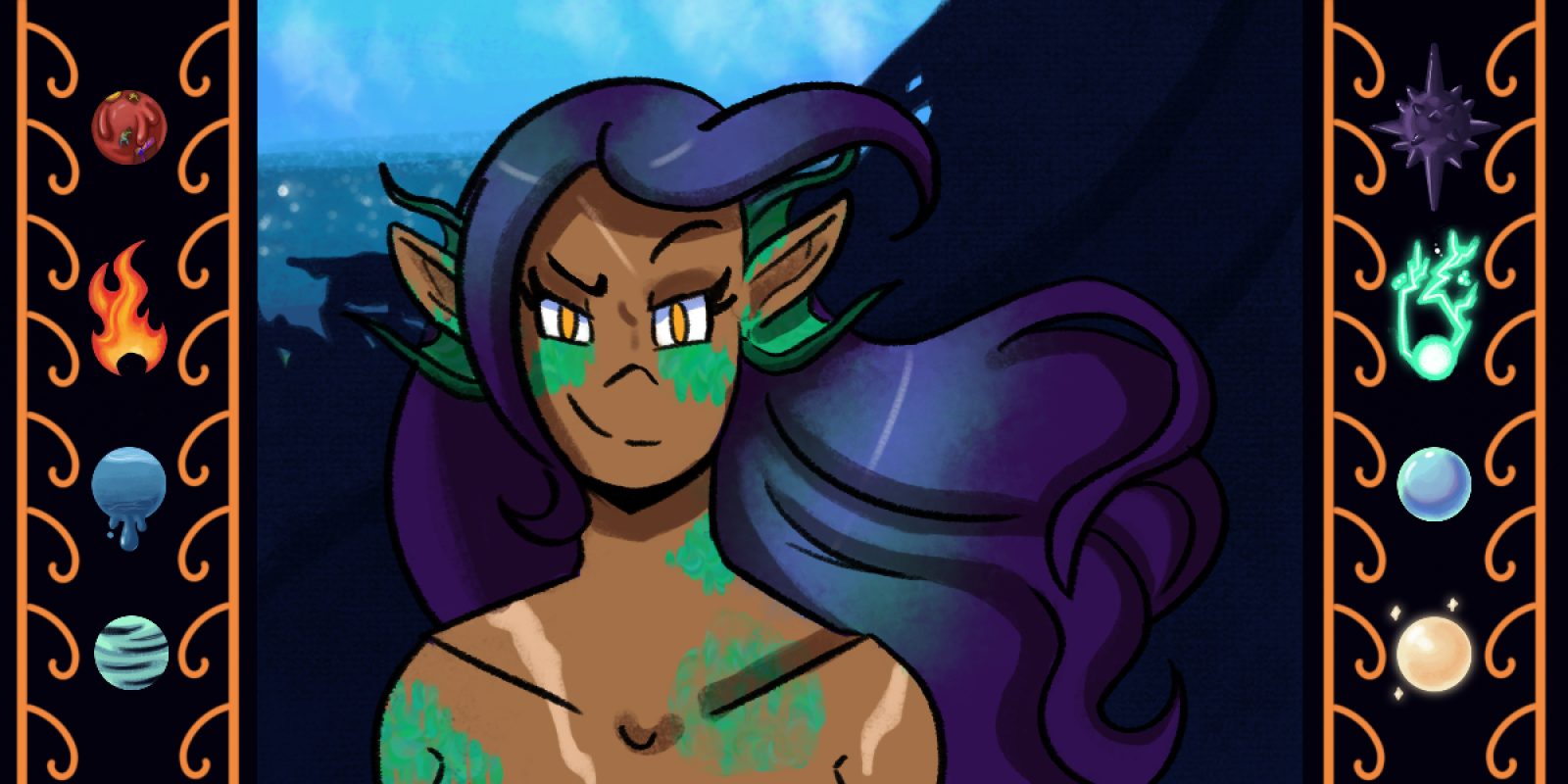 Legend says that if you consume the flesh of a mermaid, you gain eternal life. Many pirates and unsavory types take this to heart, and seek out mermaid pods or injured wild folk and trap them.   This is how Abi found her first mermaid. It is said that Abi and her crew came across a smaller fishing vessel, greedy fishermen who had 'accidentally' caught a mermaid in their net. As Abi looked down at them, noting their lecherous expressions, bloody knives and wounded mermaid, she knew. This was no accident. They had no intent on letting the mermaid go.   "Coin for the creature," she told them.   Coin wasn't immortal life, but in times like these, it was enough to sway them. She had her strongest men go to their vessel, picking the mermaid up. Her hair was long and clinging to her form, scales glittering in the light and from her own blood, which dripped from her men's arms as they were lifted onto the deck.   "We gon' eat her, Captain?" the man holding the mermaid asked, looking over their leader as she assessed the mermaid. Surely that was why they'd spent good coin on her, to eat her tail--   "No." she said, looking from the barely conscious mermaid to her crew. "Have Patches take a look at her. No one is to harm a hair or scale on her."     It takes time for the Mermaid to recover. Patches does what she can, and the Captain, Abi Sharptongue was said to spend many hours with her when the boat was on calm waters. In those hours, Abi would speak to the mermaid though she appeared to be resting, in a trance-like state. Abi felt her heart flutter at the sight of the creature, but knew she would likely jump overboard the moment she woke up.   However, to her surprise when the mermaid woke, she didn't immediately leave. Abi spoke to her, and learned her name was Leimomi. "I want to repay you for what you've done for me. Please let me stay..."   Abi, absolutely smitten with her, agrees without hesitation. Leimomi spends all the time she can with Abi, and is able to tell her about sunken ships she's come across. "I will bring the treasure to you, if you listen to me and let me lead you to it..."   The two worked together, Leimomi leading her crew to sunken ships and bringing back riches beyond their imagination. They were prosperous and enjoying each other's company, as friendship began to become more. However, as sunken ships began to get more sparse, Leimomi's culture began to shine through. She wanted Abi and her people to stay comfortable, and she would do anything for them.   A new method of pirating begins for the crew: Leimomi would distract and lure out targets, before Abi would swoop in with her crew and rob them of everything they had. But things couldn't stay perfect forever.... Eventually age caught up to Abi and Abi was no longer able to captain the ship and her crew.   Leimomi appoints herself the new leader, and targets became larger; the wild folk not having the same restraint or morals as a human leader. After all, the wild folk were just that--wild. In fact, her restraint and morals completely soured when Abi passed away one night in her sleep. Whatever softness was in Leimomi hardened, her heart souring at the loss of her lover. Living up to her kinds name, the mermaid became feral and wild.   Leimomi took other lovers in her life time, though none were said to be loved as much as Abi.

Many Mermaid pods argue among each other over what pod Leimomi may have belonged to. Others claim that the description of her scales match ancestry in their pod, while others claim that theirs is the true telling and that the story has been told wrong.

Abi rescues Leimomi from pirates intending to eat her, Leimomi is indebted to her and asks to stay on the ship. Abi, smitten for Lei, agrees. Leimomi is able to tell her about sunken ships and where some treasure is. Abi sails with her crew to spots Lei talks about before she dives in and helps the crew collect, and even after her debt is repayed, Leimomi decides to stay. However, as sunken ships began to get more sparse, Leimomi's culture began to shine through, and she offers a solution...   Soon, a new method of pirating is used by the crew: ships are lured out by Leimomi, before attacked by Abi and her crew. Eventually age catches up to Abi and Abi no longer can captain the ship/the crew. Leimomi takes over, selecting a second in command and deciding she will take care of the crew now. The targets become larger, Leimomi not having the same restraint or morals as a human leader, after all, the wild folk are just that...Wild.   Abi's death shocked Leimomi, and whatever kindness that was in her heart soured, and whatever mercy she carried was discarded. Living up to her kinds name, the wild folk pirate became feral and wild.   Leimomi took other lovers in her life time, though none were said to be loved as much as Abi.

The myth is spread commonly among Mermaids.

ALWAYS LESBIANS. NO EXCEPTIONS.
— Scrawled onto the margins of a play that had changed Abi's gender.