The Tita Lobos are the largest form of wolves on Inanta. These gargantuan wolves stand twice as big as horses. The adults weigh anywhere from 1000 to 1200 pounds on average. They have fiery red eyes, coarse, thick fur, and sharp claws. Their fur come in grey, black, white, and brown, or a combination thereof.
Tita Lobos are not aggressive when left alone. They will hunt for food or survival.

Originally, Tita Lobos were found across all of the mainland on Inanta. Now, they have been hunted almost to extinction. There are only two wild packs left. Each pack has less than 20 Lobos left. They are considered a endangered species and live in special, protected magical forests with other magical creatures where most of the peoples of Inanta would never see them, much less hunt them.

As there are so few Lobos left, the Goddesses Cay, Goddess of the Plants and Animals and Halitta, Goddess of Creation and Childbirth got together to strengthen their genetic code so there wouldn't be any issues with close relatives mating for several generations.

The Tita Lobos look much like regular wolves, only much larger than their cousins. The adults can weigh up to 1200 lbs and stand twice as high as a horse. Their fur coats are thick for protection and their claws are sharp to help shred meat for their young.

Each pack of Tita Lobos is led by an Alpha pair, who rule the pack. Other wolves join the pack and break off into pairs for reproduction, but not necessarily as life mates. The pack as whole raise the yearlings until they are ready to mate and raise the next generation.

The Tita Lobos are living special, protected magical forests. There are two such forest today. One is on Sakiya Island and the other is on Tanin Island.

The Tita Lobos are carnivores. The will eat anything they can kill or scavenge.

The Tita Lobos fur and claws can be used in magical potions and rituals.  They are more powerful if received freely from the Tita Lobos themselves, but ones found or taken will work.  It is the secondary reason that they have been hunted to extinction.

The one main difference between Tita Lobos and their cousin wolves is the Lobos ability to blend in with nature. Most of the time, a hunter would never see a Tita Lobo before an attack because of this ability to blend in. This gives them an advantage. It's why the peoples of Inanta became so scared of them and hunted them to extinction. 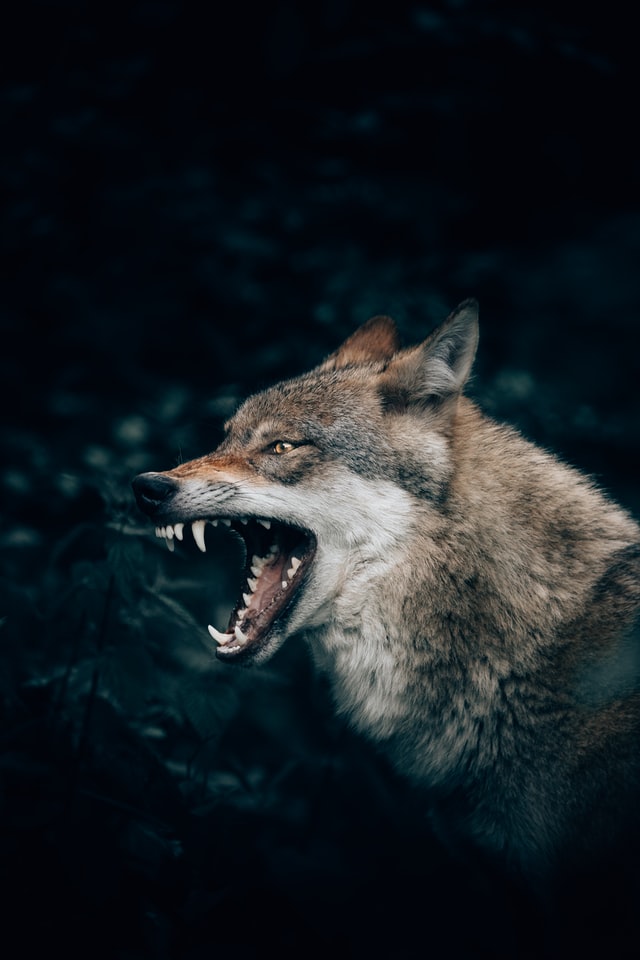 
Keen Hearing and Smell. The wolf has advantage on Wisdom (Perception) checks that rely on hearing or smell.

The Tita Lobos are the largest form of wolves on Inanta. These gargantuan wolves stand twice as big as horses. The adults weigh anywhere from 1000 to 1200 pounds on average. They have fiery red eyes, coarse, thick fur, and sharp claws. Their fur come in grey, black, white, and brown, or a combination thereof.