Haverhill is the capital city of the Desert of Kalir duchy and the largest and most populous settlement in the eponymous desert. The city is built in the oasis surrounding the lake Haver's Cauldron that collects water from the mountain group the Haverhills.

The city was founded early in the PE-era by explorers from the newly-settled Harmony's Landing who discovered gold in the streams coming from the mountains, and the settlement initially became an independent city state. The gold rush attracted a lot of explorers, some of whom used the city as a pit stop before going further into the desert, and some of whom settled permanently.

Near the end of the PE-era several factions each warred for control over the city, and as a result of a mutual massacre, the leadership of Harmony's Landing decided to step in and take control over the city. Soon after, the Gardemoor Empire was founded, and once again turned into a thriving oasis city that still thrives to this day, more than 4000 years later.

The majority of people in Haverhill are human, around one third of which belong to the Sadina culture. Other races have a minuscule presence in the city, though there are noticeable groups of dwarves and gnomes around, primarily working as gold miners. However rare they are, Haverhill is one of very few places one may spot the odd tabaxi or centaur roaming around regularly, both of which are extremely scarce races.

As the oasis city is just a temporary stop for many, a thorough and accurate census has proven hard to conduct. There is an attempt every 10 years though, and as of 2120 PGE the city was reported to have about 300000 permanent residents, around 2000 Mazi-Sadina nomads returning every summer, and around 80000 people returning at least once annually for work or tourism. The median age of the people was 28 years. For permanent residents there were about as many men as women. For non-residents there were 4 men for every woman.

The primary drivers of Haverhill's economy are mining, quarrying and export of stone, farming, and tourism.

Finding gold in the streams leading to Haver's Cauldron was the primary reason for founding the city. Though people have been digging and washing for gold for millennia, the Haverhills never seem to run dry of the precious metal. From the gold rush and the warring factions, to the funding of the golden age of the Archonate, the city has always had an important role to play in the Gardemoor Empire, and later Gardelinden, all thanks to its rich mines.

Over time jewelers from all around the world has settled in the city for its easy access to the materials they need for their craft, bringing yet another taxable income to the already rich local government. With the combination of extraction and refining, gold is also incorporated into the architecture of the richer parts of the city.

Besides the richness of gold in the mountains, the sandstone hides white and black marble beneath, all three of which are used in the city's buildings. While the marbles are reserved for the rich, sandstone of all porosities are utilized by everyone from the poorest of poor to the richest of the upper class. Quarries are usually established in old mining areas that have already been cleared of gold, but on rare occasion the rock breakers will find themselves a shiny nugget or two to weigh down their purse.

Much of the stone is processed into blocks and sent down the Palant river to the coastal city of Palantine, where it is further shipped around the world. Major buyers of the sandstone and marble includes the Archonate, Amberron on Cravv, and more recently Port Wastrel on Lowe.

Ideal for the cultivation of fruits considered exotic on the rest of the continent, growing and selling citrus, bananas, olives, peaches, and dates is a profitable business in the oasis. The locals need the crops to live, the travelers buy them for rations in the desert, and tourists and exporters brings them to far away lands for re-selling.

Many people come to gaze at the wonder of the desert, from the rich architecture with domed sandstone and marble towers, to the scenic views in the oasis. Others come to indulge themselves with jewelry shopping, while some come here to try out the locally grown foods at their freshest.

Out of all the attractions to see in the golden city, these are the most famous:

The dukes of Haverhill trace their family line all the way back to the first founding of the city. Having spent millennia consolidating their foothold on in the area, they are of course very rich. The current ducal palace is built on the ruins of the first one, and its original structure finished construction in 85 PGE. Every new duke traditionally adds something to the palace, resulting in the palace area becoming huge and expensive to maintain. Among the structures on palace grounds one can find a large public bath, a smaller (but still large) bath for the nobles of the city, 16 gold-and-copper-domed marble towers, each with their own shrine to a God of Harmony, magnificent gardens, and many other lavish buildings.

The largest temple in the city is one dedicated to Vidistragt. It is seen as a simple sandstone dome on the outside, but the inside is magically enchanted to show the endless skies of the Feywilds. The temple is one of very few places in the world to have a permanent teleportation circle, with this one leading to the ruins of an old city in the Feywilds. Though this circle is prohibited to use by the public, anyone is allowed to wander within the dome where harmless feyplants grow. The temple is considered a holy site by the Sadina whom almost exclusively worship Vidistragt, and is a popular pilgrimage destination.

Though the people arriving from Harmony's Landing were the first to explore the continent of Gardemoor, there are rumors that there was already someone living near Haver's Cauldron when the humans first arrived there. A mysterious old woman calling herself Heph had already laid claim to the oasis, but would let the newcomers settle there on one condition. The actual condition has either been forgotten or never existed to begin with, but has laid the foundation of many an old wives' tale. Many say the mutual massacre in the PE-era was the result of the people breaking the one condition, others claim the one condition was to let the blood flow for the wicked witch named Heph resulting in the massacre. A popular tale to scare the kids is that one child had to be sacrificed to Heph every decade, or the city and all its people would be swallowed by the desert.

Disregarded as fiction and superstition, Heph is actually an ancient hag from pre-historic times named Hephalzatora. A malignant force that thrives on the corruption of innocence, Hephalzatora has seen a surge in power since the founding of the wealthy Haverhill, as there are few things that ruin innocence more than avarice. What powers her more than anything though is personally destroying the innocent nature of children.

She seeks out loners and outcasts, kids that don't get along too well with others. She offers them small tasks that rewards them with sweets and pocket money. Over time these tasks will turn from something simple like "help me dust my window sills" to something strange and sinister, like "fetch me one of your father's teeth." But with more bizarre and radical requests, the rewards become more valuable. She teaches the children simple cantrips, and introduces them to alchemy. After months, and possibly years of increasingly extreme tasks, she puts forth the ultimate offer: "Kill someone and I'll teach you some real spells!" With that someone usually being a family member of the child. The now fully fledged warlock child will continue completing tasks for the hag to increase their power.

It is likely that the original name of Haver's Cauldron, which is called Hefal's Cauldron by the Sadina, once was Heph's Cauldron, but gradually changed with the evolution of the common tongue. This implies that most things around this region are indirectly named after Hephalzatora.
Contents

Answering: "Α settlement beside or in a great expanse"
Visit PrippyMontyPoppyCock's Competition Page Check all other answers to this prompt Competition Homepage

All images are either commissioned by me, or made by me using Inkscape, Gimp, MS Paint, Dungeondraft, and/or Wonderdraft. I've also started using a lot of AI generated art lately, such as MidJourney and Artbreeder. Any uncredited image is made by me.
Article template
Settlement
World
Harmony
Author
PrippyMontyPoppyCock
Publication Date
5 Jul, 2022
Creation Date
5 Jul, 2022
Last Update Date
24 Nov, 2022
Visibility
Public
Views
64
Favorites
Comments
1
Work In Progress
Tags
city

I love that such a beautiful place has such a dark creation myth. 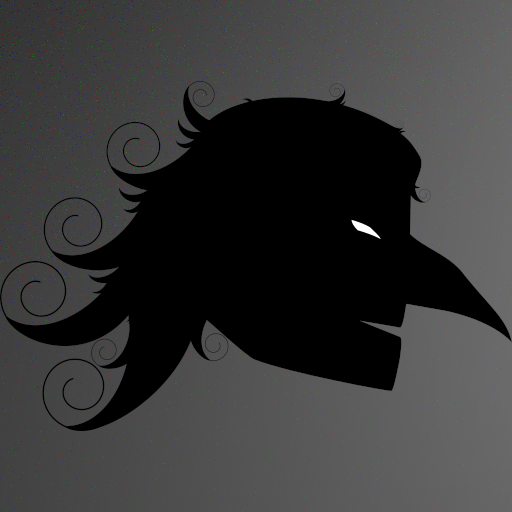 The hag of Haverhill existed long before I even thought of this place, as she's been with me in a video game project of mine for years. My profile pic is actually the silhouette of Heph! Happy I got to incorporate her into this world. Thank you for checking it out!