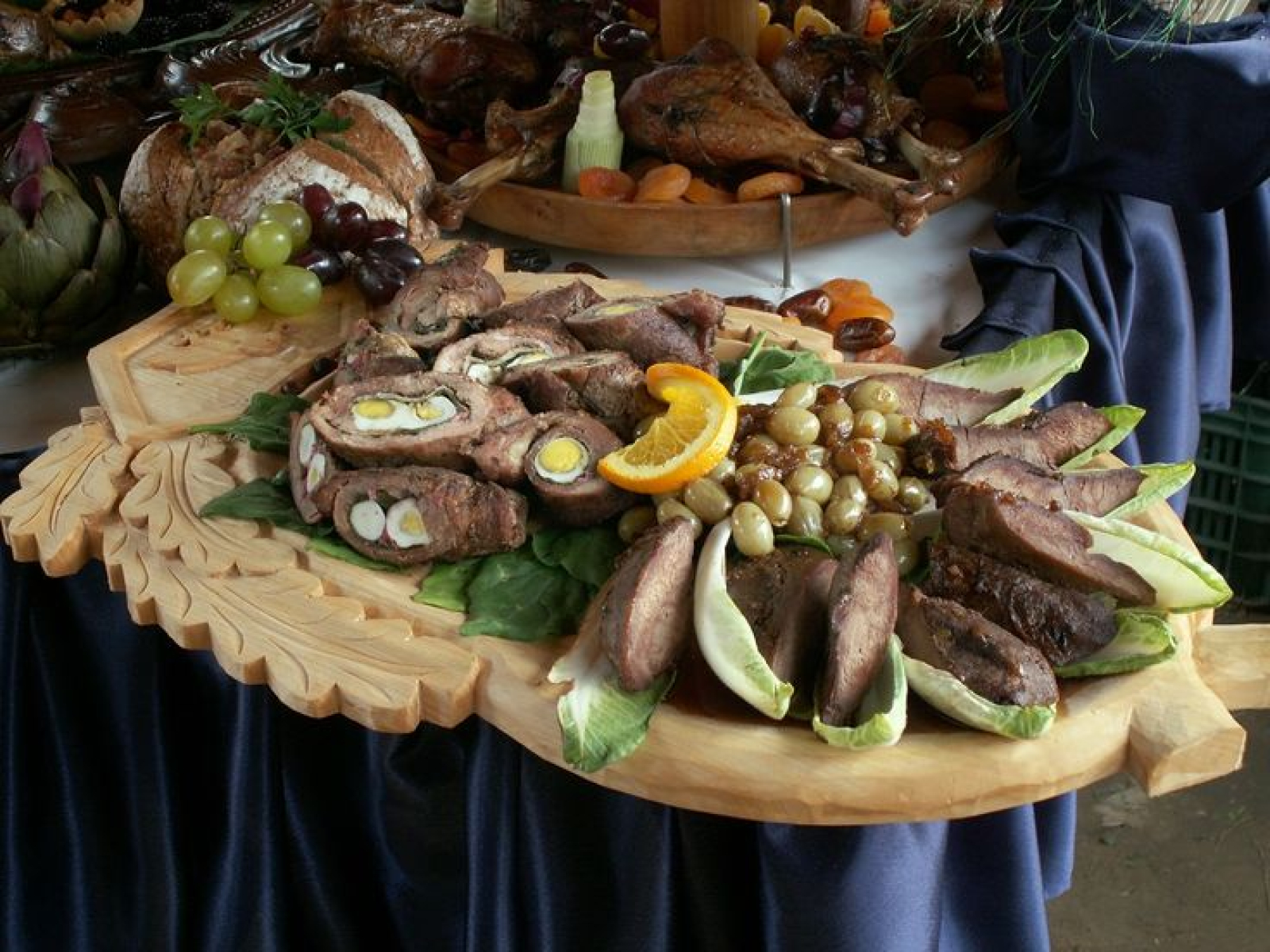 The beasts that plague the cliffs and skies of the Gryphon Runs are often viewed as a curse, killing livestock and people regularly, every year. Once a year, the peoples of the Runs come together to race the gryphons, pulling them away from the cliff city for a short reprieve. During this time, those who are not racing through the sands on blood-covered horses may sneak up the ridges to steal the ever-coveted gryphon eggs.   Once the riders who survive the race make it home, a great feast is held to celebrate their victory and the centerpiece of every feast are the gryphon eggs.

It was the third year of the Modain Races when those left in city realized that both the male and female gryphons chased the riders. Mated pairs would fly screeching after the racers, leaving nests full of eggs completely unattended. Any other time, the eggs were a rare and priceless treat, but during the Modain Races, the nests were free for the looting.   That first year, the people of the Gryphon Runs managed to collect so many eggs that in the years to follow the population of the gryphons was nearly halved. Fewer gryphons meant fewer deaths and the feast of eggs was enough to make it a permanent part of the racing tradition from then on.

Retrieving the eggs is no small matter. Gryphons roost in the jagged cliff sides, building their nests in small crevasses hundreds of feet above the sandy badlands below. They also tend to prefer using nettles and briar bush as the base of their nests, so even those who make it to the nest are at risk of flaying themselves on the sharp, dry thorns if they are not careful.   The soft, brittle nature of the stones make anchoring rope too dangerous, so climbers must be light and swift. Untethered climbers will edge along the cliff side with bare hands and feet, with net bags draped over the backs. Once they make it safely to a nest, they quickly scoop the eggs, large as a man's head, into the net then move to the next. Inevitably, some climbers fall to their deaths every year, but it is not nearly so dangerous as the races or egg hunting when the gryphons are near.

Once the cache of eggs is safely back in the city, the cooking begins. The large eggs are boiled in their shells in sweet juniper wine. When their silky whites are firm, the shells are cracked, then the eggs are cooled in vats of yucca flower juice. The shells are peeled away, revealing delicate blue marbled patterns. They are then displayed and served on beds of sage leaves and juniper berries.   The rest of the feast consists of roasted horse flanks, yucca fruit poached with cardamom and saffron, and juniper berry pastries. The dessert only offers so many natural resources but the Feast of the Races would be suited to the table of any king.

The winners of the races are always served the eggs first, then the egg hunters, and then the rest of the guests. Even when enough eggs have been gathered to feed every guest and then some, there are countless more left in the nests. So every year, a new promise of the feast is guaranteed. The gryphons, for their part, do not seek vengeance for their stolen eggs. Perhaps because each mated pair can have over two dozen eggs, or because they are too tired to fight after the chase of the races. In any case, the Feast of the Races is a bright, festive celebration every year. 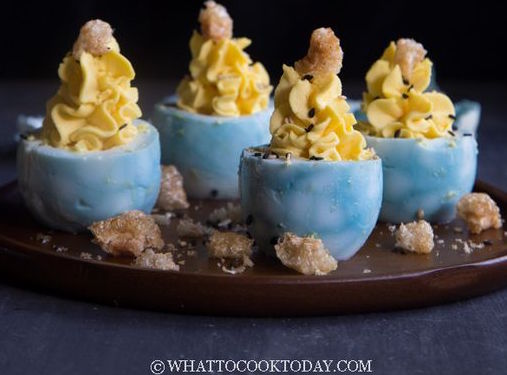 The Modain Races of the Gryphon Runs
Ior

Images: Artwork (C) 2020-2021 by Kayla Perisho-Denley, unless otherwise stated. All rights reserved. Stock art and cover images from Pexels is licensed as Royalty-Free (RF) without attribution except where stated otherwise. Some cover images (C) 2020-2021 Kayla Perisho-Denley
This is a work of fiction. Unless otherwise indicated, all the names, characters, businesses, places, events and incidents in this article are either the product of the author’s imagination or used in a fictitious manner. Any resemblance to actual persons, living or dead, or actual events is purely coincidental.
(this World is a work in progress, please ignore the scaffolding as we construct it)
Article template
Tradition / Ritual
World
Hallowed Legacy
Category
Ior
Author
Ellysium
Publication Date
4 Apr, 2020
Creation Date
17 Oct, 2018
Last Update Date
8 May, 2022
Visibility
Public
Views
586
Favorites
6
Comments
3
Work In Progress

I like the idea and how you've tied it to a annual ritual!

Once the riders who survive the race make it home

That first year, the people of the Gryphon Runs managed to collect so many eggs that in the years to follow the population of the gryphons was nearly halved.

This seem like it might lead to a pretty swift population collapse, if that's the case. How has it affected Gryphon population, long term? :)

They also tend to prefer using nettles and briar bush as the base of their nests, so even those who make it to the nest are at risk of flaying themselves on the sharp, dry thorns if they are not careful.

Do they ever get surprised/eaten by baby gryphons? :D

The shells are peeled away, revealing delicate blue marbled patterns. They are then displayed and served on beds of sage leaves and juniper berries.

Sounds pretty yummy, but what do they taste like? :)   All in all, sounds pretty cool! :D
Creator of Araea, Megacorpolis, and many others.

Thank you! I am the worst and I apologize for such a late answer... 1. The death rate tends to be roughly 40%. Most riders make it back, but there are always... miscalculations. Most deaths are due to riders being thrown from their horses. 2. The populations bounced back pretty quickly. Gryphons are not terribly intelligent but noticing their population went down they naturally began to lay more eggs. There is debate among scholars whether this was a conscious decision by the gryphons or just instinct. 3. Occasionally, yes. Luckily the primary hatching season is not during the races, but there is always the chance that a nest will be occupied. 4. They are savory-sweet. The natural flavor of the eggs is already spiced with sage to an extent because nesting female gryphons will eat sage to soothe their digestive systems, similar to cats eating grass. Thank you for the questions!

Great idea, and the dish itself sounds very tasty! I really like the history behind the dish and how its linked to the races. I wonder about the eggs: do they break very easily? Getting them down the slope seems like quite the challenge. Plus, if a person needs to be light to get up I wonder if weight of the eggs could prove their downfall, in more ways than one.
Love the article, good job!

Thank you so much!   The eggs are actually pretty tough so breakage isn't a big concern. They do add weight, so a climber can only really carry four or five in their nets. If they are swift enough, however, a climber can usually make two or three trips. A noteworthy collection year could mean a hundred eggs were collected, but on average they collect around 60-70.

Great article! I'd love to know more about the Gryphon Chasing, it sounds like an interesting tradition. Are Gryphon Eggs only eaten after the ritual or are they also eaten throughout the year, and what do they taste like?

Thank you!   They are considered a very special meal, so while they are not limited to the races, they are rare throughout the rest of the year. It's far too dangerous to collect them normally. There are occasional daredevils and crazy people who collect eggs while the gryphons are hunting. It is traditional for gryphon eggs to be served at a century feast when a member of the tribe reaches 100 years old. The taste is savory and a bit spicy, due to the natural flavor from the gryphon's diet.