The God King Highlord over all Lentokk (including the council of The Eight), Xrie Palax is an ageless blood mage who rules from the Alabast Keep, at the heart of the largest Deepening Pit in all the east. Sometimes referred to as the "Deep One" in reference to the outer gods he reveres, Xrie Palax is not content with the power he currently holds. Beyond this, his lands have been ravaged through the wanton use of blood magic, necessitating expansion into enemy territories. It's no secret that Palax has been planning various invasions for quite some time now. The necessity of this expansion, if for nothing else other than viable farm land, has garnered the full support of his subjects, including those who still somewhat frown on blood magic.   Palax rarely has visitors or even leaves The Alabast. Some say this is due to the nature of whatever magic has prolonged his life, well beyond his share of years. One rumor even suggests that Palax is not a descendant of the Sanguine Order of blood mages who caused the Sundering, but rather that he is actually the last living one of their original number. Those inclined to believe the more extreme of theories think Palax may, in fact, be a lich.   Palax is said to have nothing but contempt for all life, including that of his fellow council members. When they meet, he forces them to attend him at his own keep. Perhaps this is so he may avoid venturing forth where he can be seen, but it's just as likely that he garners some small pleasure in making his fellow lords travel to him.   Very few know what Palax looks like today, though some assume he looks like a skeleton with skin pulled tight across the bones. What is known is that, in his youth, Palax was a rather tall and handsome man, with raven black hair kept long, and an imposing stature.

While all the above rumors have at least several eye witnesses backing them up, the truth may be far simpler. If indeed Xrie Palax is amongst the original blood mages of the Sanguine Order who assaulted Celene and, defeated, crossed the World Sea to found modern-day Lentokk, he may not have relied upon undeath to extend his immortal years.   The Solti do much to obscure one appalling fact associated with the Sundering. This being that in fact there were several Solti who took sides with the blood mages. And at least one who was an active blood mage, and who was at the head of the charge against the Holy Mountain. This mage, Ventreal Celemnos (a name essentially lost to history), was never found after the cataclysm. It was assumed that his mortal body was destroyed in the massive explosion, however it is entirely possible that a caster of his power somehow eluded death.   As the Solti are themselves immortal, it is possible that Ventreal lives on as Xrie Palax. This supposition is based on more than just there mere disappearance of the Solti in question. There are other things. Mannerisms. Affectations. The fact that both Ventreal and Xrie Palax are natural leaders who assumed control of their respective organizations. By all accounts, Ventreal was a suspicious person who took great pains to obscure his own identity from most (including a great deal within the Sanguine Order).   Also, and most damning, is that Ventreal assumed his magic from a demonic patron from "The Far." A Vu'un who traveled beyond "The Near" and into the darklands beyond the veil of reality. This patron, occasionally referred to as Rosiskal'Venuux, has allegedly also been in contact with Xrie Palax.   This may be coincidence or lie, however few invoke a Vu'un's name without good cause. Even spreading false rumors about such an entity might summon its wrath. Could it be that it's true?   Xrie Palax may indeed be a former servitor of the gods. A being who traversed the stars aboard Celene to eventually colonize our world. Solti are an honor-bound species, and it is essentially unknown that any amongst their ranks could side against Celene. It is anathema to them, the very notion. But, we do know that at least one did indeed go against the natural order of things.   One would need to have an iron will and a complete disregard for the aims of the gods (and humanity) to be capable of such a thing. Sounds a lot like Xrie Palax... 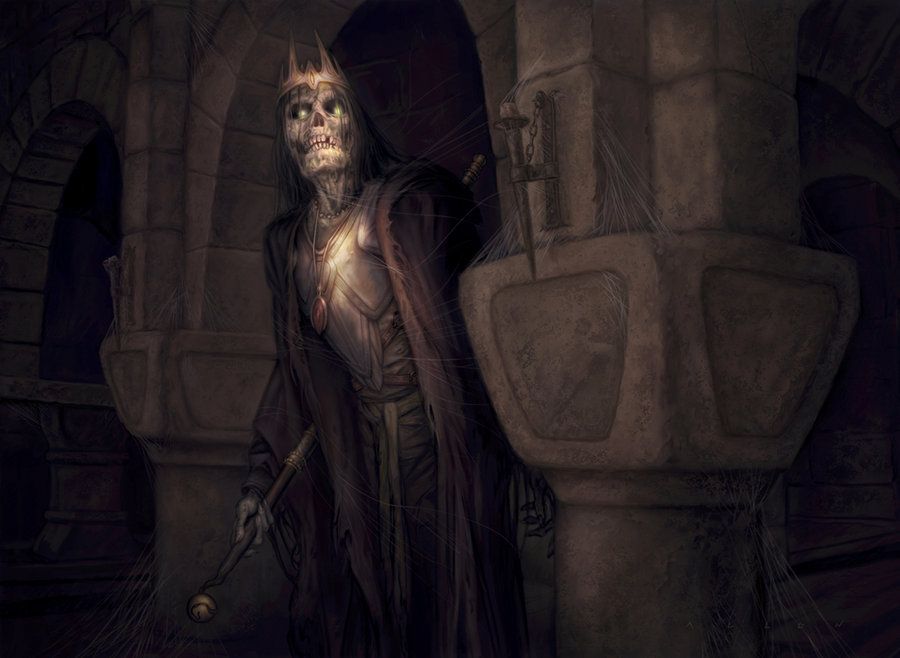 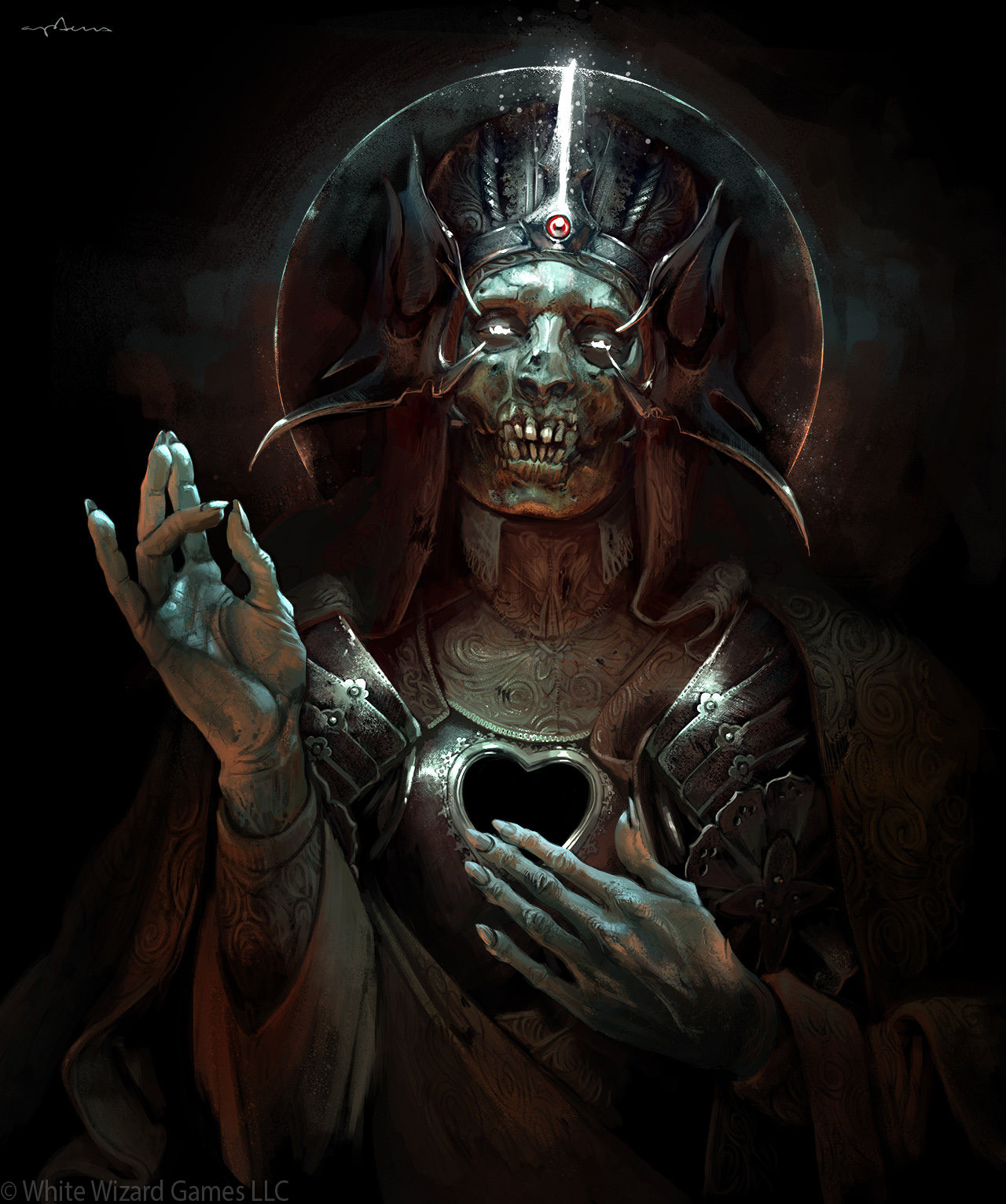 Current Location
Lentokk
Species
Humans
Ethnicity
Varuumae
Honorary & Occupational Titles
"Highlord of the Council of Eight"   "God King of Lentokk"
Circumstances of Birth
Many believe Xrie Palax to be entirely ageless, in that he was never born and shall never die. A walking paradox.
Circumstances of Death
Xrie Palax may have entered undeath shortly after the events of The Sundering.
Birthplace
Unknown, but assumed to be somewhere in Varuum.
Children
Current Residence
The Alabast Pit of Lentokk
Gender
Assumed to be male.
Eyes
Black, occasionally red (when using blood magic)
Hair
white
Height
6'2"
Aligned Organization
The Lentokki
Other Affiliations
Founded Settlements 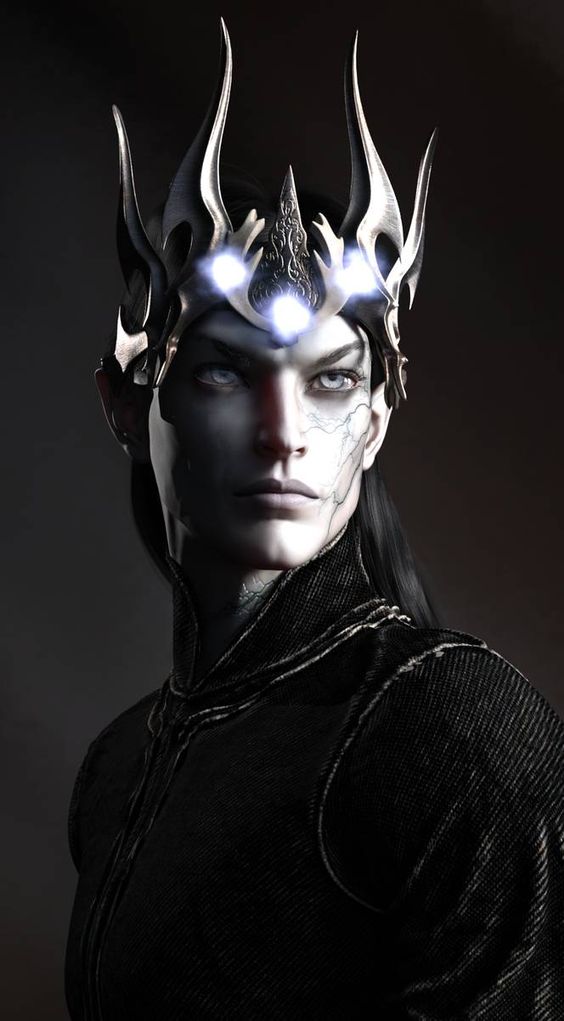 One possible reality... Xrie Palax is in fact a Solti!