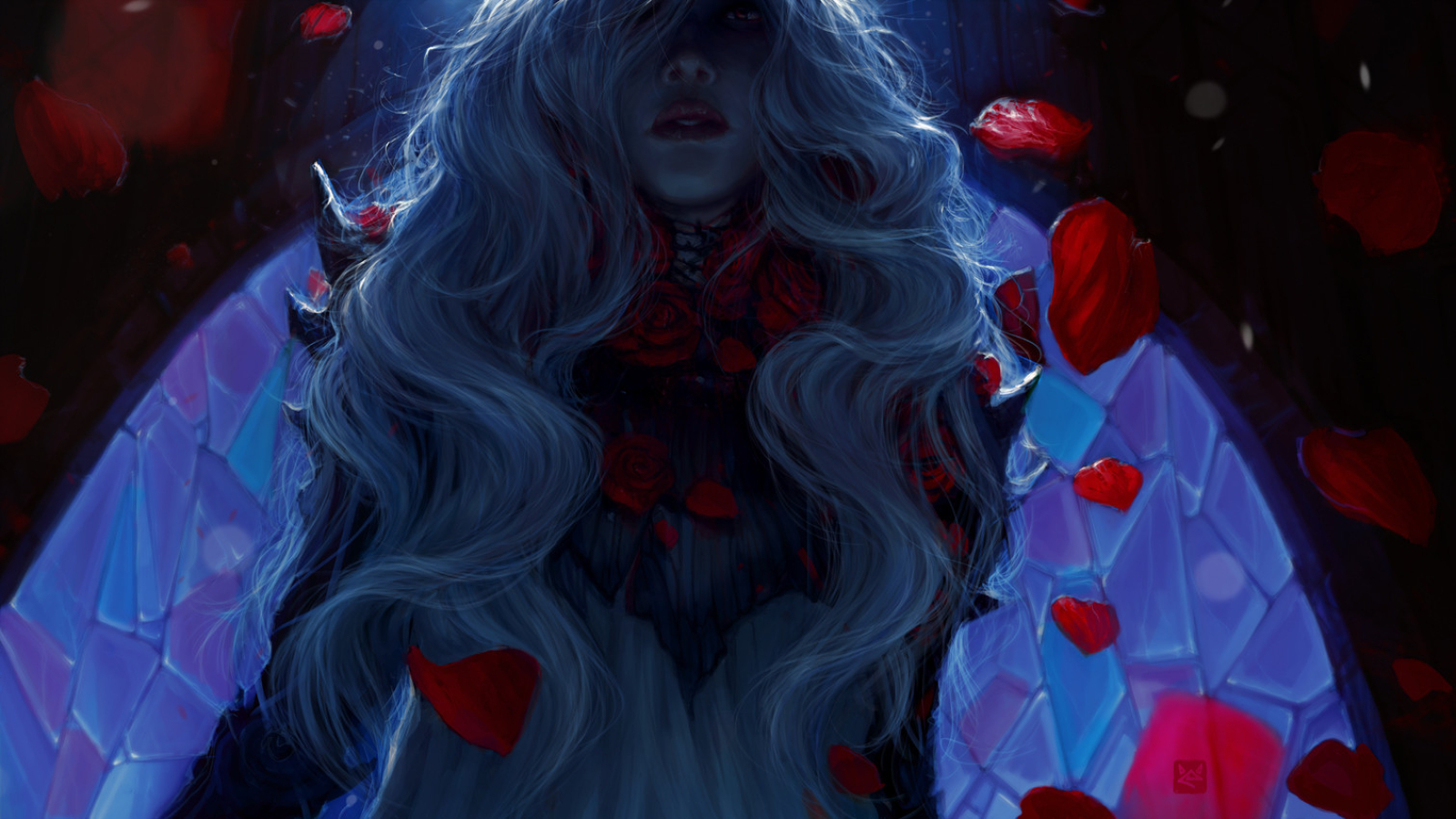 Hareth, the Lady of Mirrors

The Monastery hummed with the sound of whispers. The sisters cluttered together despite the angered calling of the Matriarch. I must confess, I almost returned to my bedchambers out of fear of her wrath. But I have no regrets. As I stepped out onto the snow covered courtyard, I felt something. Like a touch of a creature far too strange for my own comprehension. Like millions of eyes laying upon me at once. And as I touched a sister, staring off into the sky; she turned to me, eyes glazed over and a child-like smile upon her lips as the acolyte whispered whispered "she's back."
— Free flight of the Moth Queen, by Samaril ir Randahal 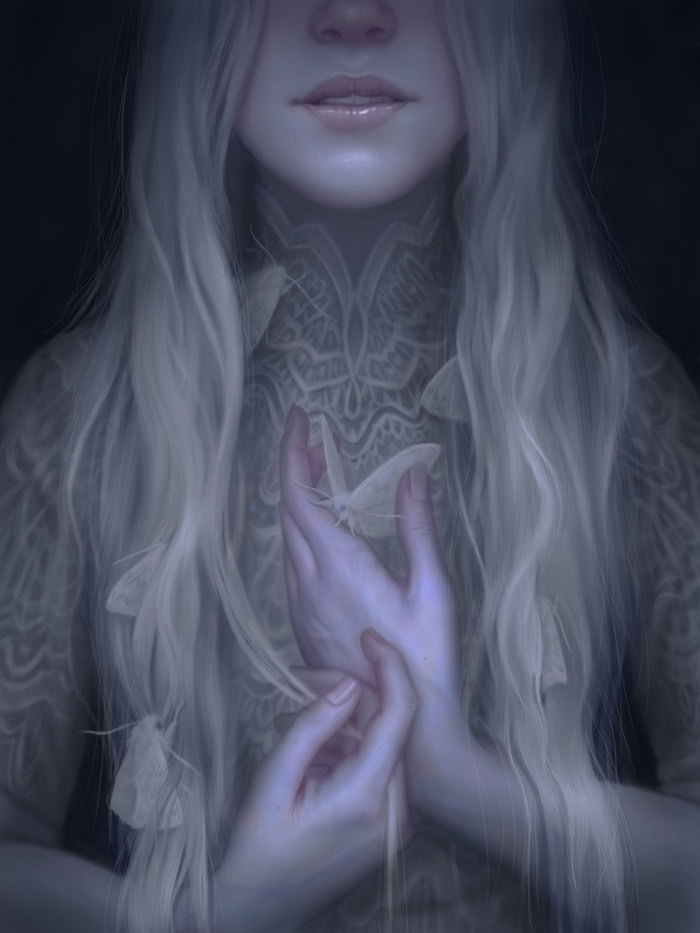 The two most prominent symbols of Hareth are the Mirror, and the Rose. It is said, that Hareth sits in the trunk of Eana, the world tree, in a temple full of mirrors, where snow falls lightly into the water veins running throughout it. The mirrors of her temple are said to contain all possible versions of the one looking in. Sceptics and people opposed to Hareth claim it is so that she and her followers may stare at themselves in vanity. In truth, Hareth wishes all for all to see themselves as part of a bigger picture. Her eyes see all in every possible way, and Hareth encourages her followers to attempt the same. To ignore what is before oneself is considered a slight not only to the Lady of Mirrors. At the creation of the world, Hareth made it so that one could see their reflection in springs, lakes and other pools of water as a constant reminder of this.

The rose to represent Hareth, is no common red flower, but the Nala Or'lonod, the Farene ethereal bloom. Named so for its practical immortality and dark swirling patterns present on the petals of the flower. Hareth holds these flowers close in particular, because they were not a creation of the gods, they were their byproduct; an effect of their existence, which none could help. They grow in areas of concentrated arcane power, and as such can be found in the strangest of places. Battlefields, deserts, deep within forests and in dark caverns. In the recent years, Hareth has taken to keeping souls of great magi, or even magical beasts, so that these flowers would grow in her temple. 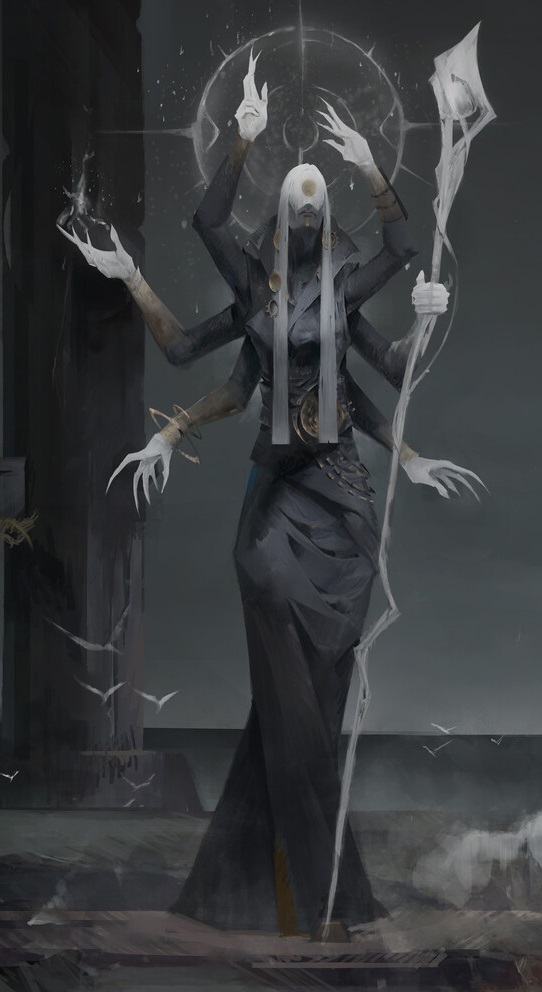 Hareth's main goal for quite some time now has been to recover from the events of the Silent Vigil. Whilst four centuries of captivity may not have been a long time for a goddess, Hareth's followers have felt her absence rather deeply, and many of her shorter lived followers have turned away from the absent goddess. Since her return, the winter mother has been making an active effort to reconnect with her children.   On her list of priorities, also sits the destruction of all undead, and returning the poor souls to her realm. It is one of the holy duties of her clerics and followers in general. This includes curing and preventing the spread of disease which also furthers Donna'dei's influence.
Divine Classification
Deity
Alignment
True Neutral
Realm
Temple of a Thousand Mirrors
Honorary & Occupational Titles
Lady of Mirrors, Mother Winter, The Prophetess, The Caged Goddess, Moth Queen
Favoured Weapon
Glaive
Cleric Alignment
True Neutral, Neutral Good, Neutral Evil, Lawful Neutral, Chaotic Neutral
Sacred Colours
Purple, Grey, White
Favoured Animal
Moth

Husband of the Prophetess and the God of Pain

Temple of a Thousand Mirrors

Home of the Prophetess, the quiet wood of the dead

Alright, first off? A+ opening quote!
Quick thing I'd suggest, adding a line break or even a divider after the quote— as it stands now my eyes almost completely skip over the Divine Domains. You could also center that section.
Love the bit about her creation reflections! The Nala Or'lonod is cool too, I wonder if we'll ever hear of those whose souls she keeps to grow them? Were they great people, and this is their afterlife? Are souls ripped from the living?
"A mirror is as powerful a tool of war as any blade."
Interesting tenet there, I do wonder how this is interpreted. Do some take it literally, and use mirrors in battle? Do others meditate in self reflection in order to find a way through the war?
Overall an entertaining read!

The divine domain thing has bothered me for some time, thank you for suggesting centering the section, I'll try it out! The bit about the eternal bloom: She keeps souls of magical beasts in her realm so that the flowers (which grow in areas of high arcane energy) would grow in her plane. The tenet about the mirror is largely seen as a metaphor, although, there is a sect of clerics and priests of Hareth who take small mirrors into battle as their divine focus to cast spells from!

I'll look forward to hearing about those, then!

Really interesting article! I love the visuals of your goddess, and I really like the inclusion of her holy books and codes, and was especially interested by the Songs of the Lake. Really cool work!