Game of Tomes    Lore    Organizations    Bodyguard Units      Owsla
In the Game of Tomes, an important personage, such as a House Leader or a charity-supporting mercenary, is allowed to have up to four "bodyguards". If their charge is selected by the Wheel of Misfortune to join the Undead Horde, one of those bodyguards, chosen randomly, can take their place instead. This is strictly voluntary, both on the part of the Tome Knight being protected, and the Tome Knights who offer to volunteer as tribute in their place.
The Owsla is the elite guard of House Lapin, dedicated to the protection of the Chief Rabbit. They exercise a variety of skills in this capacity, and may be called upon to serve the function of bodyguards, special forces, security, policing, military command, and intelligence. All Tome Knights of the House Lapin forces answer to them.

James Woodwright was appointed to his position for his diligence and undying loyalty to the Mother of Bunnies. Having saved Sable's life on several occasions, he is also the one who coined the House Lapin salute "Lapin for Life." Sable's personal safety is his number one priority (though he cares deeply about her happiness as well,) and it is he who recruited the other current and past members of Sable Aradia's Owsla.

Commander Stretch was the leader of the Varangian Guard before he dedicated his loyalties to House Lapin and to Sable. While his duties also include bodyguarding the Mother of Bunnies, he is primarily focused on broader House security matters; namely, special ops and intelligence. He has conducted high-risk infiltration operations for House Lapin and has eliminated "targets of opportunity." He may also potentially be involved in black ops that serve Lapin's interests, but are not necessarily "above-board," and it is assumed that not all of these operations are conducted with Sable's knowledge or sanction, should plausible deniability be required. Rumour has it that he may have been serving as a double agent against The Company at the time that he joined the House's service.   Currently, Commander Stretch is Missing in Action, so the Owsla have made a temporary replacement, which may become permanent if the Commander's death is confirmed.

Sir Kitoypoy is a combat specialist, primarily concerned with the direct protection of the Mother of Bunnies. He also makes a point of personally screening potential mercenaries, and spends prestigiously from his own treasury to hire their services for the House in wartime. He is the most likely of the Owsla to be exercising direct military command over Lapin Tome Knights on the battlefield. Since the disappearance of Commander Stretch, he has assumed the role of Commander and has been responsible for saving the Chief Rabbit's life directly at least once.

Dame Gwenefre stepped in when Kajetan Writes was no longer able to fulfill his duties during the Second Word War. She is one of the most prolific literomancers of the House, and can be expected to be seen on the leaderboards during the Tourneys of Tales. Since joining, she has improved her combat training significantly, fighting with sword and shield by preference, and has proven adept at magical forensics. During the Battle of the Warren she defended one of the escape tunnels alone.

In the absence of DM Stretch, the Great Flame, having recently dissolved House Incendium, has joined the Fluffle of House Lapin, and has volunteered to serve. The friendship between the Great Flame and the Mother of Bunnies is well-known, both being active and vocal members of the Chaos Cartel. Recently, Eli has been seen frequently in a "fire-bunny" form, and they and Sable Aradia have addressed each other as "sib." Eli is a powerful entity on the battlefield, being the Filkmaster and a literomancer of note; and as raw elemental fire, they are unlikely to be harmed by many of the dangers that the Chief Rabbit might face. They are, however, known to be... chaotic, and will require considerable training in group tactics to meet the Captain's standard.

Sir Kajetan served in the Owsla during most of the Second Word War, until a skirmish with the Undead left him grievously injured and in a coma. To save his life, the Golden Forge took him into their service as a holy paladin. He returned to aid House Lapin in the final battle against the Undead, now known as the Battle of the Warren, but a conflict of duties prevented him from continuing to serve in the Owsla.

By interhouse treaty, each House can only have up to four members of their elite guard at any given time.

The irregular nature of the Owsla's duties makes for an eclectic variety of equipment requirements, but they are afforded the best resources that House Lapin can buy, make, or acquire. They have made use of surveillance gear, firearms, armour, shields, explosives, highly-advanced communications and encoding equipment, a plethora of arcane supplies, and, of course, their literomantic keyboards, laptops, tablets and phones.

As irregulars with a broad mandate, each Owsla member is afforded a great deal of personal discretion in their choice of weaponry:

The Owsla answers to a Captain; currently, James Woodwright. His second-in-command is Commander DM Stretch . With the Commander missing, this duty defaults to Sir Kitoypoy, who is the next most senior member.

The Owsla employ a variety of tactics in their irregular duties. Excellent intelligence is key to their success, allowing them to anticipate and thwart many threats to the Mother of Bunnies and her House before the threats are confronted directly, or giving them the advantage on a battlefield. They are known for their ability to blend modern technology and the arcane arts in seamless harmony. Above all, the greatest weapon of the Owsla is their cleverness, which perhaps befits the elite security force of the house of rabbits.

The Owsla receive training in both small and large-unit tactics. They practice regular personal combat training, and work with the Lapin house regulars in drilling for combat scenarios. The Owsla and the Chief Rabbit also regularly drill for scenarios in which her life might be at risk, including protection, evasion, and escape. Commander Stretch has made his special operations training available to his fellow Owsla members, and they receive instruction in literomancy directly from Sable Bright-Eyes herself.

As an extremely small unit with highly-specialized needs, logistical support for the Owsla tends to be limited to small quantities, but expensive. In particular, their intelligence and communications equipment is often costly. Because there are only four of them, they tend to requisition anything else they need directly from the Lapin armouries.

The Owsla has the authority to assume command of whatever branch of the Lapin military or police force they might require to aid in the protection of the Chief Rabbit. To date since their "restoration," no Owsla officer has ever abused that authority in any way.

Being a high-risk position, the Owsla are only recruited from volunteers who are steadfastly loyal to the Chief Rabbit and House Lapin.

The founding of the Owsla has been lost to history, but according to historical records of House Lapin, it was initially founded during the Third Crusade; about the same time that the Knights Templar appeared. It served a similar purpose; the guarding of House Lapin, its Tome Knights, and its subjects. For a couple of centuries, it was large and powerful, and its influence was broad, perhaps even global. Art depicting rabbits in martial capacity became a common theme in medieval European culture.   Following the War of the Roses, the power and membership of the Owsla was severely curtailed in England, and this trend continued into the rest of Europe over the next century. The Owsla, like other House security forces, was limited to a personal guard for the leaders and scions of their literomantic house, as opposed to the broader protective role they had once served, in order to prevent the Great Houses from maintaining independent standing armies with no loyalty to national governments.   When The Iron Tome was successfully sealed away from the world in the mid-Renaissance, the Owsla further diminished, as the need for protection of the Chief Rabbit diminished. While they were never officially disbanded (at least, not according to House Lapin records) they dwindled into a handful of informal bodyguards. By the time of Sable Aradia's ascension to the Carrot Throne, they had not existed except on paper for more than a century.   During the First Word War Sable began informally referring to the most prolific literomancers in House Lapin's forces as her "Owsla," but it was Captain Woodwright who formally reinstituted the tradition.   Following the war, the Great Houses formed a treaty that limited the total number of their elite guards to four -- again, to prevent the development of a dangerous standing army that might threaten the other Houses.

The Owsla finds inspiration from the Owsla of the novel Watership Down, as well as the myths of rabbits in many cultures, particularly the clever tricksters, like Bugs Bunny, Br'er Rabbit, or the Rabbit in the Moon from Filipino myth. They also draw inspiration from the Jade Rabbit of China, who saved the world from a great plague, asking for nothing in return; as well as Tsuki no Usagi and the Moon Rabbit of Turtle Island, who sacrificed themselves as food for mythical teachers and leaders who were hungry, as they are keenly aware that their final, most sacred duty is to consign themselves to Undeath in the Mother of Bunnies' place -- a duty they embrace with uncommon courage. 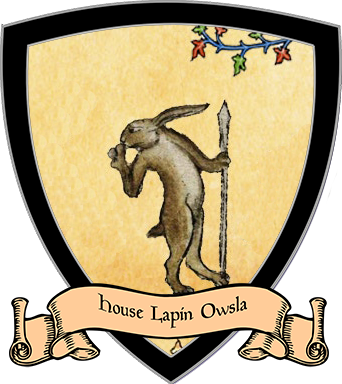 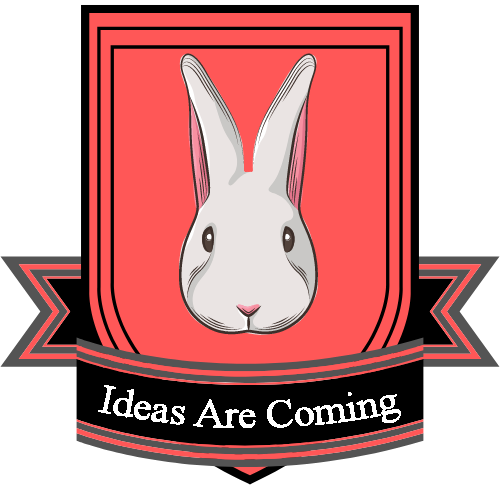 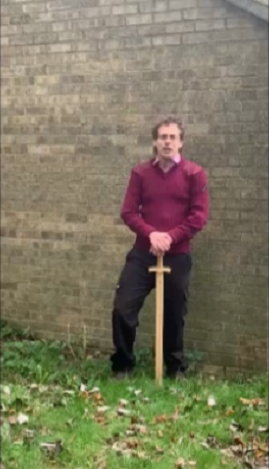 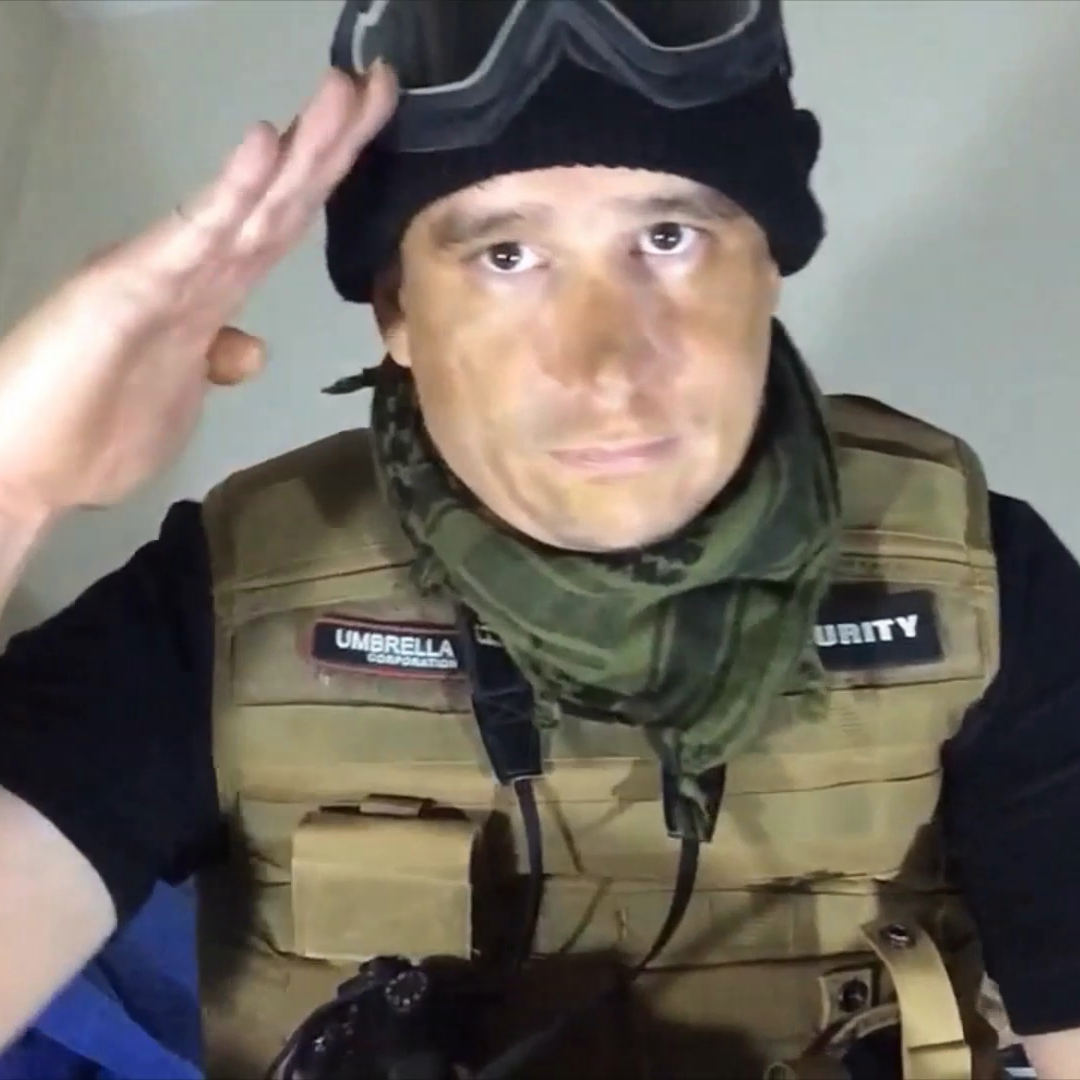 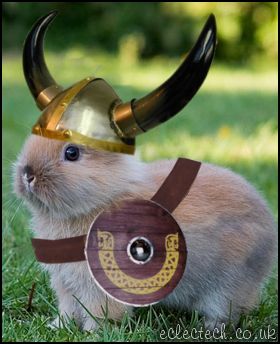 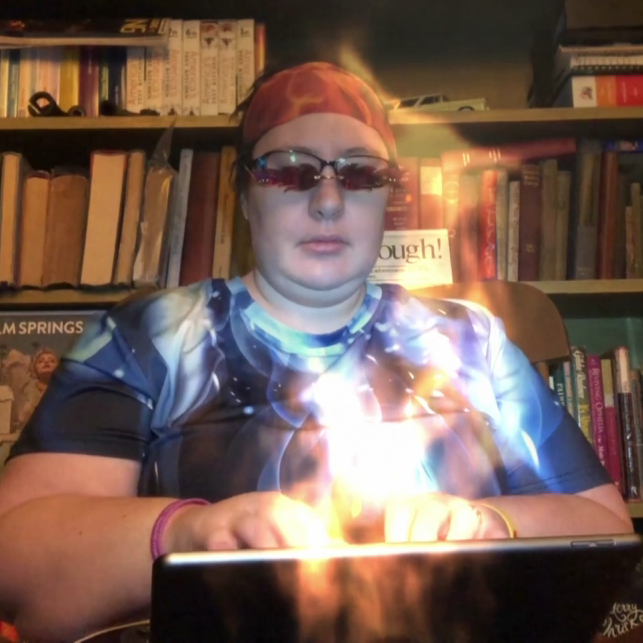 
It breaks my heart that the Owsla are necessary. And I can't tell you how much I love them for doing it. I don't deserve this sort of devotion, but since I have it, I must do my best to be worthy of it.
— Sable Aradia, the Chief Rabbit 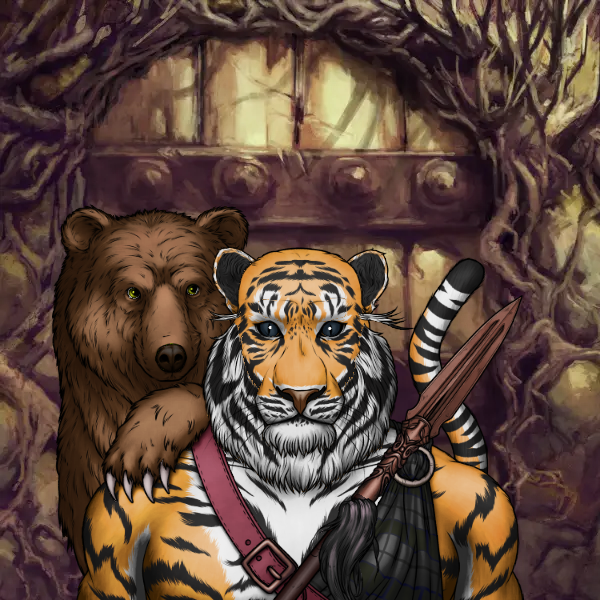 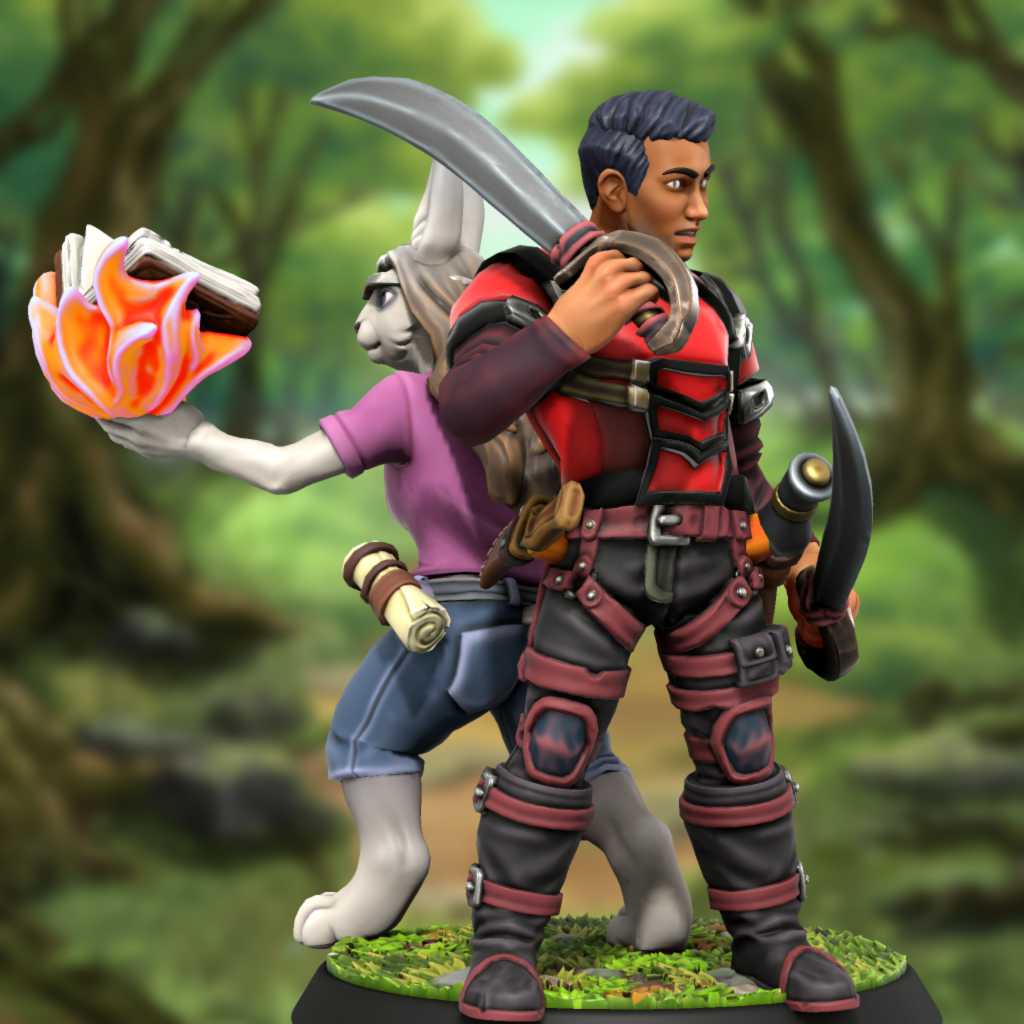 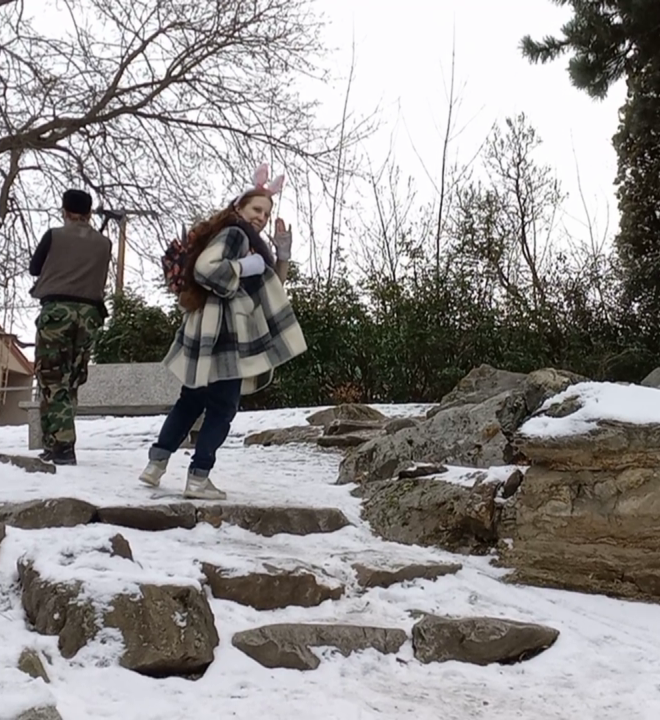 Much of the culture of House Lapin is drawn from, or inspired by, the classic novel Watership Down by Richard Adams, but none more so than the Owsla. In the novel and subsequent animated features, the Owsla is the name given to the rabbits of a warren who help to protect the Chief Rabbit and maintain security. They can take on a very different character depending on the culture of a warren, ranging from strong rabbits that the whole fluffle can look to for protection and safety, to the enforcers of a totalitarian police state.