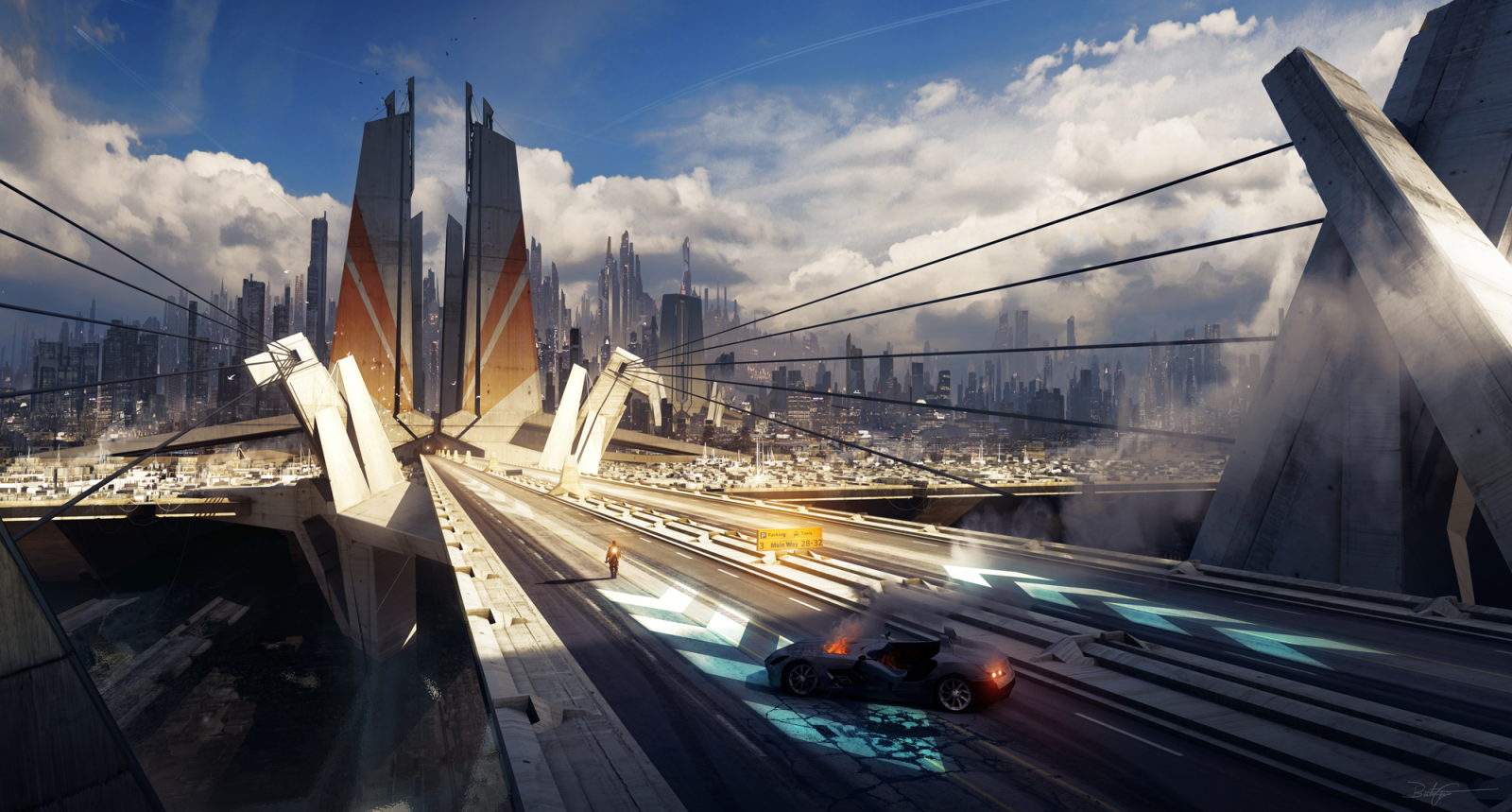 Within the continent of Sahandra lies a large and complex infrastructure known as the Intercontil Highway. This is an ancient Highway system that was built during the time of the Combined Empire to travel the large expanses of Sahandra to and from their supposed capitol city, which is rumored to be on the continent itself. The Highway has many smaller highways that split from it to reach population centers in the far flung corners of the continent.     During the fall of the Empire, the Highway fell into disarray and decline which eventually was buried and lost, only to be recently rediscovered by the Guild of Lore and their excavation missions. As of now, only a small section of the highway was rediscovered and restored back to use, It just misses the multi-level monorail or mag-lev that ran with the highway in the past.

"Once we uncover the entire highway, we can start to pinpoint where the Combined Empire had it's major cities, right? I hope to see the day we discover Atalantia, the mythical capitol of the Combined Empire. I will swear this highway is key to locating it!"
~Scholar Jean-du Pieereni, Guild of Lore

The Purpose of the Intercontil Highway was to connect the great Combined Empire's cities and population centers together for vehicular ground travel. The Highway sported two mag-lev rail lines that were on top of each other in the middle of this highway for fast and uninterrupted travel to these cities and locations. Currently the Rediscovered portions of the highway were integrated within Sahandran infrastructure and modern highway systems that aimed to replace the ancient roadway itself. A large portion of the road is yet undiscovered, and the rumors are, they will find the capitol of the Combined Empire once they map the entire roadway.

Parts of the highway have been turned into modern highways that were to do the same thing the Intercontil Highway did back then, however instead of Combined Empire cities, it was to connect Sahandra population centers with each other, for thsoe who wish to drive the Sahandran Way. However parts of the road are inaccessible due to political strife or conflict within the nations the road goes through. Amongst the biggest concerns would be Zenthia Iksamas, and Dov-Dramach.     The Guild of Lore is currently working on ways for the highway to be uncovered.
RUINED STRUCTURE
5 AS
Founding Date
2010 BS
Alternative Names
The Inter-Sahandra Highway
Type
Highway
Parent Location
Consular, The City of Enlightenment
Owning Organization
The Joharan Consulate

Ooh, I like this kind of superstructures! It reminds me of a similar type of highway in an old project, which was designed to connect a whole continent while splitting hostile territory. Interesting to see this as a relic of the past.