Genesculpted companions with a canine base

I remember when hounds were our comrades and friends.   I remember Odin protecting me from bugs after a level collapse twisted my ankle up behind my head.   By the time he killed enough to drag me out I was soaked in bug-blood.
— Seeker 912

Oberhunds are Genestruct companions introduced to ór domhan a hundred years into the Melancholic Lacuna.   A combination of bloodshed between the colonies and threat from invasive species of bugs drove the Sophontists and GeneSculptors of City District 9 to upgrade and uplift the canine companions they had been relying on throughout the prolonged war with the other districts.   This new type of canine, dubbed Oberhund by popular consensus, was designed with greater intelligence, higher muscle mass, increased size, metabolic improvement, and a plethora of other traits to fill the gaps of necessity in the shorthanded, war-torn district.   Once the first Oberhund were complete they quickly saw service as combatants, medics, couriers, and bug-hunting. Against the better wisdom of Sophontist journals and history, Oberhunds were given the capability of reproduction. They were then entrusted to the care of the Reclaimers, who had the resources and manpower to train them. They became synonymous with the Reclaimers, and a part of their crest.   Due to their Uplift intelligence and a modified mouth, Oberhunds can pick up and approximate many words. Over the course of their growth the Oberhund will learn to understand most basic conversation and will learn to approximate speech of about 50-60 words.

...Met with a terrible fate

I remember waking up in the middle of the night to see Odin with body low and fangs bared at me. I remember releasing him to the Undercity of one of the Abandoned Districts and praying I wasn't damning anyone else with my cowardice.
— Seeker 912

Not long after the Dissolution of the Reclaimers, the Oberhunds collectively began to develop signs of madness. The exact cause for this is uncertain.   Some attribute the madness of the Oberhunds to genetic defect. In order to save on resources the Oberhunds had been bred after the first batch, and so any mistakes in the original design had exacerbated over time. Most of these were seen as positive—even greater sizes, muscles, and so forth—but this did come with an increased aggression and a higher difficulty of care.   Others claimed that the government did it to suppress the dissolved Reclaimers before they could rise up and overthrow the powers that be.   Whatever the truth is, one truth is certain. Don't answer your door when you hear a voice in the night calling to you.

The very creatures which once protected the walls of District 9 now form them, boxing in the population and preventing them from delving deep into the Undercity.   With increasing frequency they come to the surface at night, picking off citizens foolish enough to wander the streets past curfew.   Given their constant breeding and aggression, they'll begin attacking in broad daylight any time now.

A starting campaign for Narrators

Chapter 1 of The Hive, a tale about an Seeker searching the strange bowels of a city for a missing person, and the horrible truths discovered along the way.

I love it. I especially love the commentary on the side from the Seeker. It adds a nice touch to the article, I think. 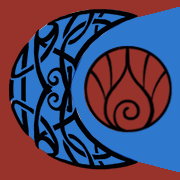 Very interesting! I find myself intrigued and scared not just by the words written but the implications. I admit that the idea of 'mans best friend speaks' and other horror tropes have been "done". However, to my knowledge, they are usually in a one-off or 'monster of the week' way. (Looking at you Full Metal Alchemist). This is the first time I know of that it's been portrayed on such a large scale. Of an entire species. Of the fear these people in district nine must feel daily at simple sounds dog-owners in our world love about our pets. Huffs, sighs, howls, scratches, barking are all normal for us but carry a fearsome undertone in district 9.   In short, even with some mental 'fill in', it feels gritty. Real. I imagine with time and some additional exposition and context on the Oberhunds creation, role, and fall will only make this villain of our own making all the more terrifying. There is something to be said for mans best friend becoming an unseen, oft-heard howling, terrifying enemy skulking the underbelly and alleys. Of turning a day-time kingdom of man into a kingdom of fear and shut doors as the light fades. Of how they were modified surgically, almost carelessly carved on a genetic level, the strands of DNA more frayed with every generation of breeding. And of course, the fear your name being called from the dark. Of glowing eyes, slavering jowls, and the growl of a rejected, insane, cruel, and feral animal bred into a monster.

I may have to let some of that phrasing inform how I polish this article up, if you don't mind! I am humbled by your comment.

Forgemaster melior64
TJ Trewin
You cannot sleep when there are monsters nearby.
Creator of the dark fantasy world of Melior