Travelers slap you in the face breakfast

from the collected good advice of
Miro Teague


Have yer ever been findin’ yerself wakin’ up in the mornin’ stumbled out of yer bedroll only to find that the sun were too bright, the chirpin’ uh the birds, the chitterin’ uh the chipmunks was way too much like thunder in yer head and the rum was gone?

Oh, me neither, but I have read a scroll or two and maybe some other scribblin’ on the subject.

You feel your belly rumble and need ta fill it with somethin’ that will wake you up and slap you in the face all at the same time.

Well I may have the answer.

First time I had this meal, I was aboard a two masted brigantine vessel named “The Sirens Song” and we be runnin’ the black. I were up in the crowsnest cause we Stormborn can see through fog with no hardship. My shift had ended with the coming of the dawn. My stomach was tryin’ to eats me spine. Cookie hands me a bowl and a cup a coffee plus some hard tack.

I finishes me meal and had just got comfortable in my rack when one of the sprogs comes down a yellin’, “Capt’n needs yerself on deck Mr.Teague! We found a Merchantman on the horizon and her belly is low in the water”. Fer them that don’ speak sprog that means a Merchant Vessel has been sighted and her hold is full of goods and whatnot.

So, I jump out of me rack, put me boots, hat and leather long coat on and be about to head out the door when the sprog says to me, “uh hm, Mr.Teague you’ll be needin’ pants if you plans to be boardin’ any ships today. We has rules of engagement and the Capt’n’ll have ye tied to the mast and lashed if anything like this happens again. Capt’n Scarlet, she’s not one ta be trifled with, and we needs you to fill the sails with wind so we can catch that Merchantman."

I thanked the sprog fer savin’ my hide that mornin’, cause the sprog were right! Capt’n Scarlet was not one to find t’ings like a slip a the rules a minor t’ing.

They didn’t call her “The Judge” fer nothin’.

Cookie taught me how to make this Breakfast so that on those rough mornin’s, you know the ones, when your head is so cloudy you forget your pants, this will slap you in the face and stick with you when yerself don’t have time ta be foggy headed.

Travelers slap you in the face breakfast

In a boilin’ pot that I have placed in the outer edge of the fire (this is using indirect heat for cooking) I add a good handful of either polenta or couscous. One being ground corn and the other being ground wheat, both havin’ the same consistency there about when cooked.

Me, I just calls ‘em grits.

This part of the dish will take the longest, since water has to boil and then your grits have to cook. Stir it occasionally, but mostly let it do its t’ing in peace.

I set my coffee pot to boil hanging over my campfire by a stick and a piece of cord tied to it through the handle suspended from the center of a tri-pod. I made the tri-pod earlier when I was setting up camp by strappin’ three good sized branches (about four feet in length and straight) together at one end and stabbin’ the other ends into the ground.

I takes out my cast iron travelers skillet and place it on a large flat rock I’ve been letting get hot at the edge of my fire I then fry myself some diced cured pork belly or ham. At the same time, in the same pan, I scramble a hen apple or two I render the fat from the ham into grease to be used later and to flavor my eggs.

When the grits are fluffy and the water has been absorbed I take them from the fire and place my fried pork belly and the scramble into the pot with the grits. Should enough fat not have rendered then a knob a butter or some rendered animal fat from a jar I carry will work in a pinch. I then add two tablespoons of baking flour and stir until it turns brown and forms a paste. Only take two to three minutes or one sea shanty.

Now take your coffee and pour a cup of it into yer skillet and stir continuously until it thickens and smooths to yer likin’ into a gravy.

Take off the heat and spoon it over yer grits.

Makes yerself another cup of coffee and enjoy.


And that’s what yer do with a drunken sailor early in the mornin’. Bon Appetit! 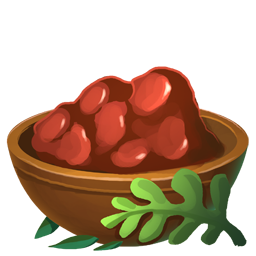 Rules or no, pants are definitely a thing to have if you're going to a boarding party. Too much risk of rope burns. *nods*

A delightful read! The name drew me in.

The narrative voice in this, especially that opening section, is just superb. Had me hooked from the get-go. Fine work there, mate!