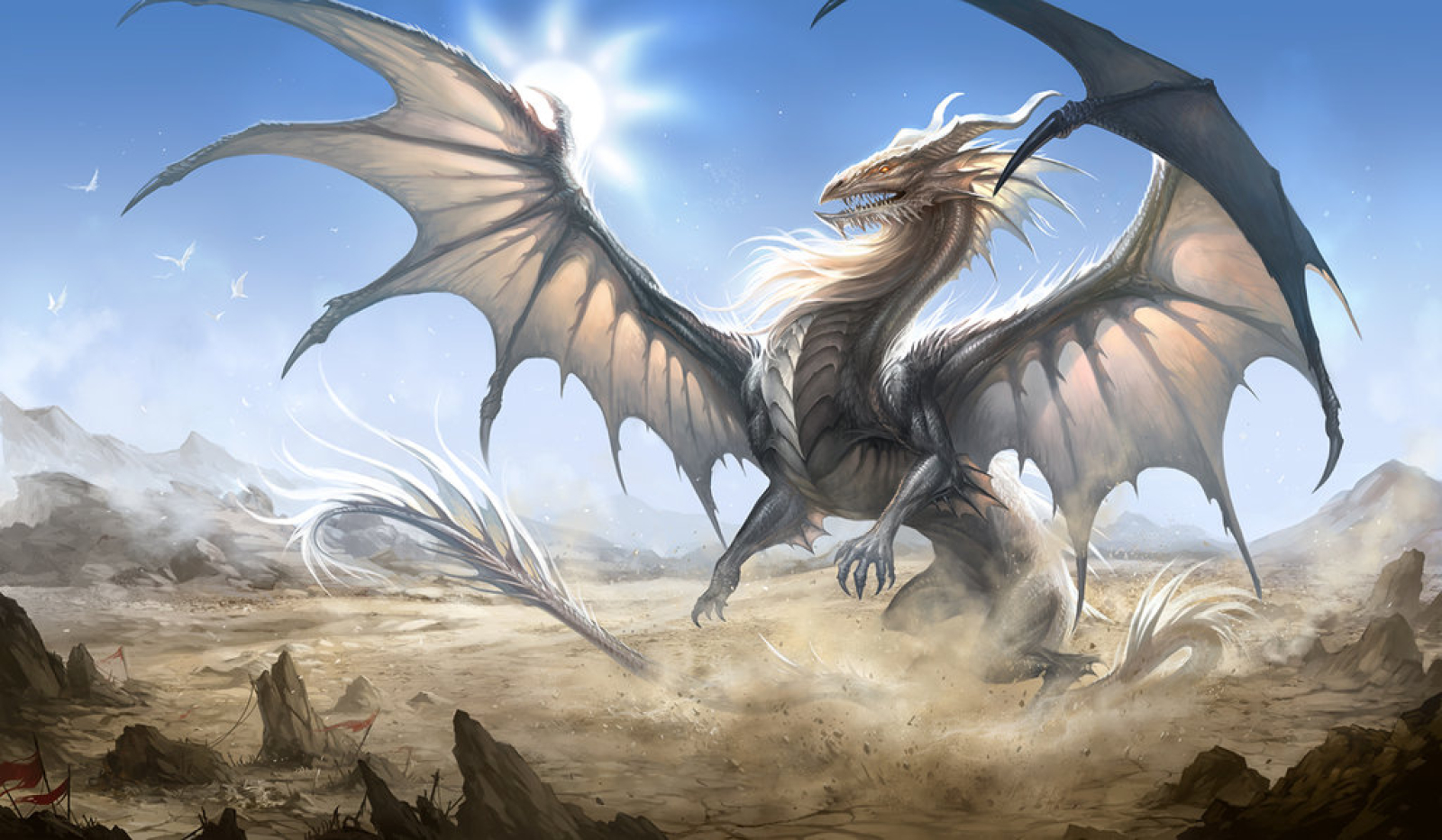 "Never have i seen creatures as majestic as these dragons. No other creature on Elladia can manage to even rival the sheer strength, majesty and beauty that these creatures possess. They truly are a wonder on this world"   Archmagus Raynar Lenas, speaking about the Dragons in his book "Bestiarium Elladia" 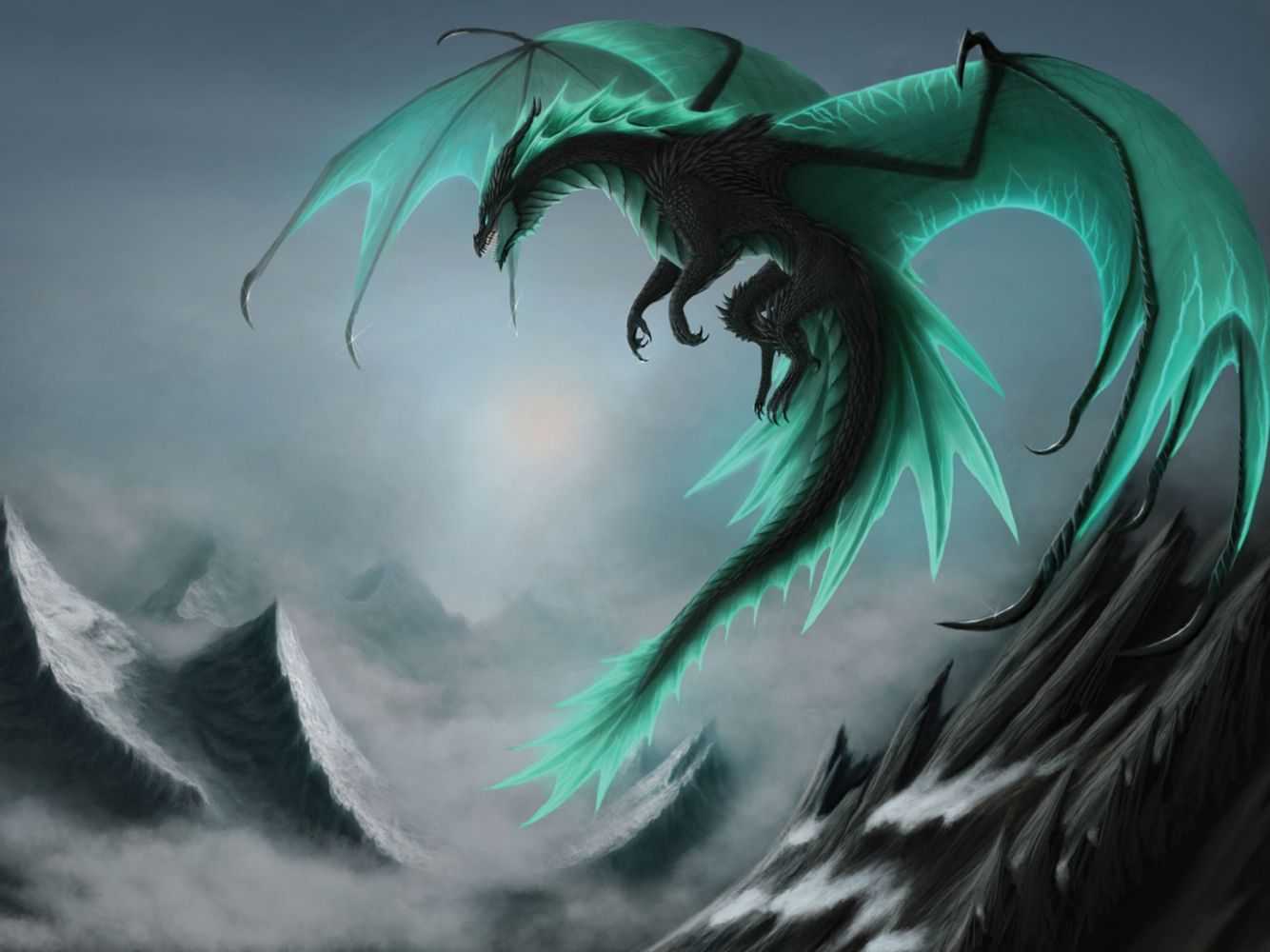 Dragons are the most common species in the wider Draconid family, which encompasses all creatures related to Dragons such as Wyrms, Wyverns, Drakes, Draconians and strangely enough, any creation of the Dragons. Known for being the largest and strongest animals on Elladia, the sheer majesty and strength of these dragons are unparalleled. Out of all the creatures of Elladia, the Dragons have the most potential for magic, surpassing that of even the most powerful Human and Argonite mages.   The most intriguing thing about these dragons is that not only are they possibly not natives of Elladia, they have the unique power of Altering the long term climate, weather and terrain as well as flora and fauna of a place that they inhabit. They can also create other, living creatures but most dragons are only able to create simple elementals and golems. The most powerful dragons however, can create even sapient beings, the Draconians being an example of them. So far, the Dragons have been the only creatures on Elladia to be able to create fully Sapient living beings, and are the only creatues besides the most powerful human and Argonite mages who are able to create living beings.   Dragons, as well as the wider Draconid family in general have found their way into the folktales and legends of the various races of Elladia. To see a dragon fly over you is a once in a liftime oppurtunity indeed and thus, people never waste their time when a Dragon does indeed fly over their heads, as they behold the largest and most powerful beast to roam the lands of Elladia and take to its skies.

Whilst Dragons are a diverse breed and come in many colours, sizes, elements and other specifications, Dragons can roughly be divided into two categories 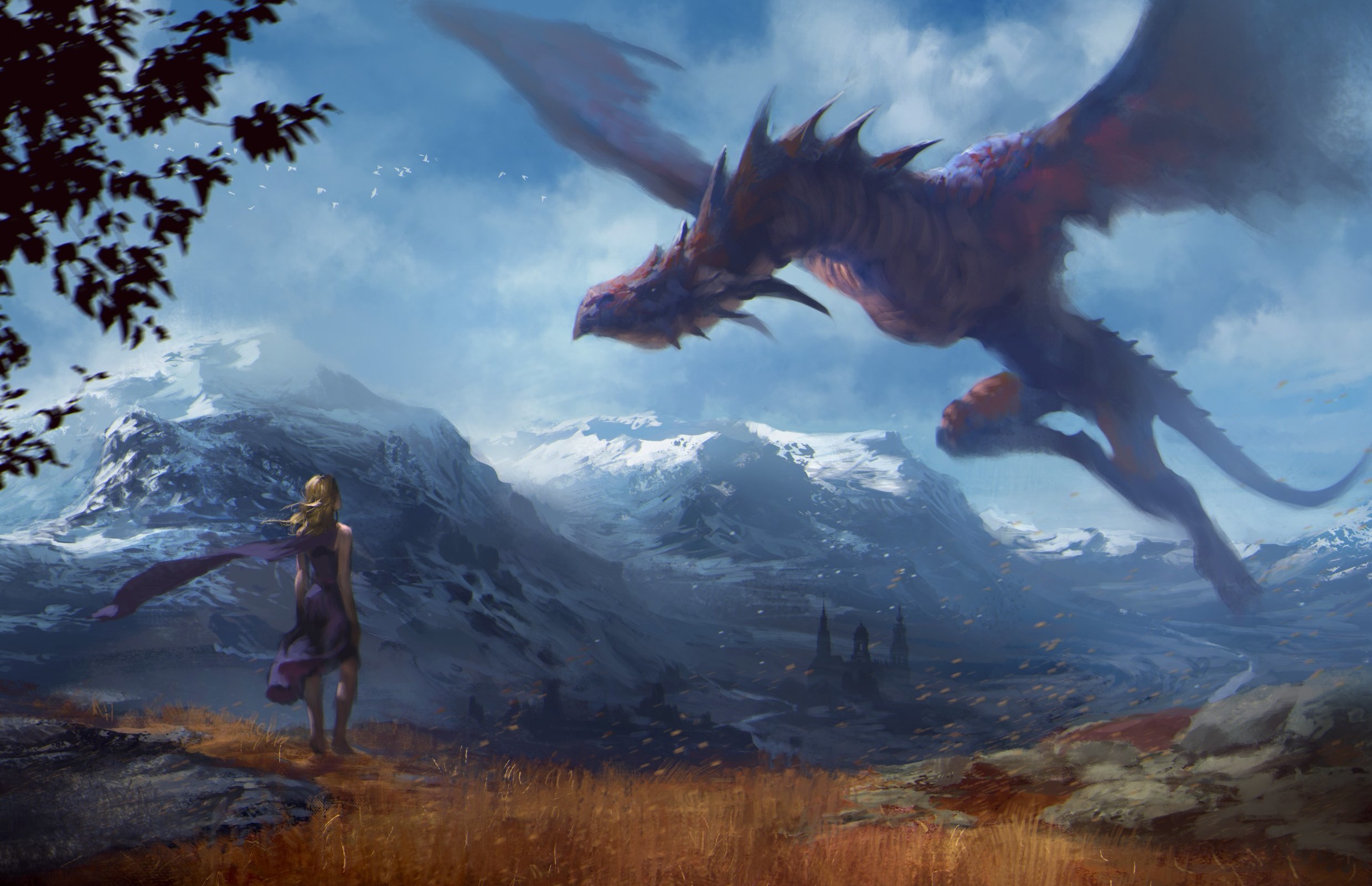 Dragon of Spring
Land Dragons are those Dragons which primarily make their home on land . This does not however mean that they are incapable of flight, since most dragons are capable of flight regardless of what type they are. They are the most studied dragons as their lairs are relatively accessible and one can easily see the effect of their magical field on their surroundings. 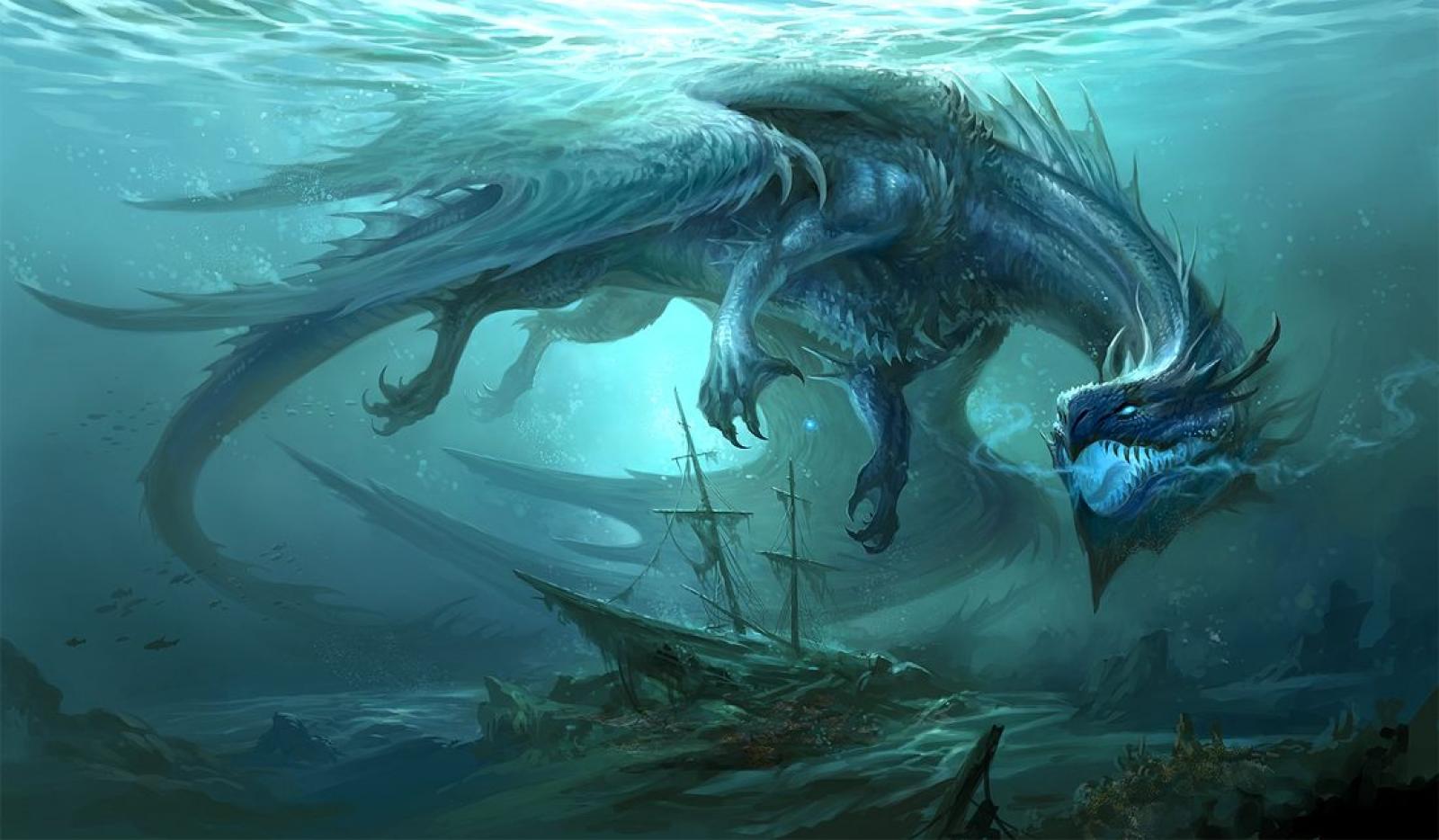 Dragons who make their home primarily in water are known as water dragons. It is interesting to note that ice dragons aren"t included in this category, as they make their home on solid land. Most water Dragons are also amphibious and are capable of flight however, despite the fact that they live in water. Due to them living underwater, sometimes thousands of metres below the sea, it is very difficult to observe them and conduct experiments of them. What little is known of them comes from observing water dragons living in shallow waters and also those living in lakes and other inland bodies of water.. For this reason as well, it is also very difficult to see the effects of their magical field on their surroundings

Origin of the Dragons 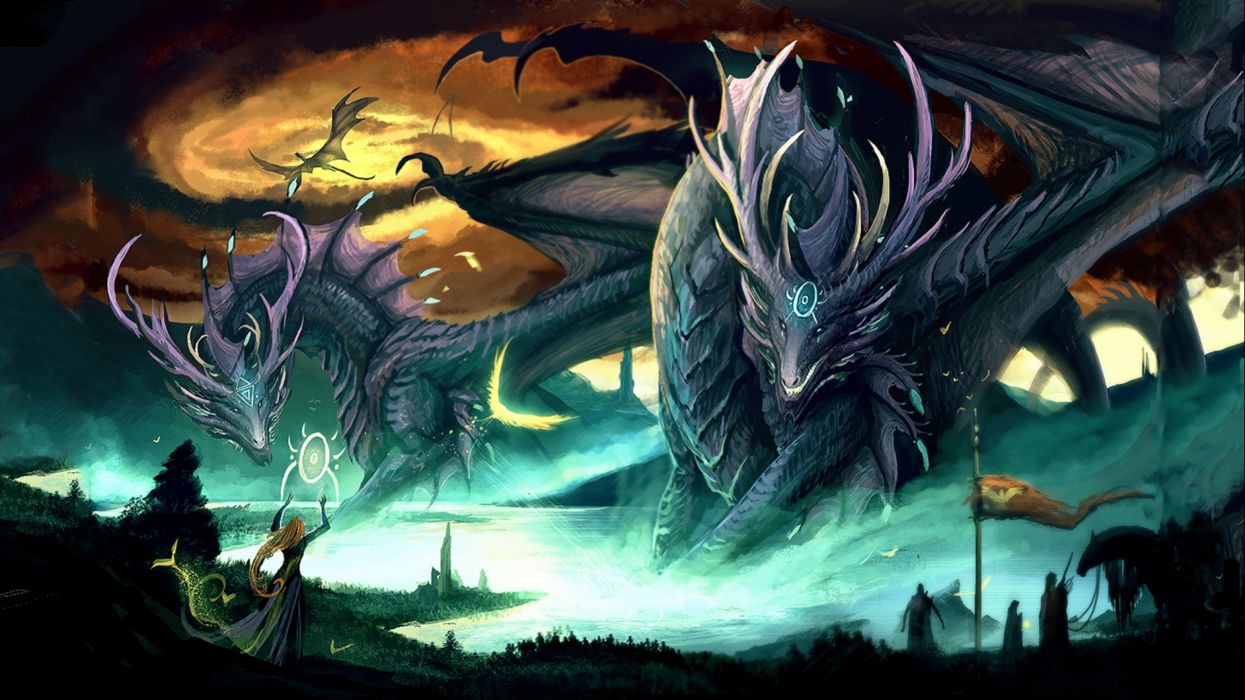 "These creatures, something tells me that they are from a place beyond this world. I have never seen any such other creature with so much arcane energy as a Dragon. They are almost like rivals to the Gods themselves. Moreover, no creature on Elladia has ever changed their environment by simply existing and they have never flown beyond the skies themselves. The theory that they might be from an alien worldor plane might hold true after all"   Archmagus Raynar Lenas, writing about the origin of the Dragons in the Besitarium Elladia

There is a widely accepted theory that Dragons are beings not of Elladia and there are many pieces of evidence which support this theory. Firstly, no creature on Elladia has such an active, vigorous and strong magical field as the Dragons. Besides the Gods, they have been the only beings to be able to create fully Sapient creatures and alter their environment. Moreover, they have been spotted flying very, very close to Elladias moons, which means that these creatures are not only capable of breaking the sound barrier, they are also capable of travelling beyond Elladias atmosphere.   This theory, widely known as the "Alien Theory" was first proposed by Archmagus Elias Graythorn, who had observed the experiments and research of many other scientists before him and had also observed many habits of Dragons. His theory was built upon by the current Archmagus Raynar Lenas, who had observed Dragons flying incredibly close to all four Elladias moons through a spell which enhanced his vision. When this notion of his was challenged by other scholars, he asked them to cast the same spell on themselves and observe one of the four moons of Elladia. After they had found out the same and confirmed his theory, Raynar was awarded the Lindstorm prize in Biology for his contributions towards finding the origins of Dragons and soon became a popular celebrity in the entire Imperium.   Today, this theory is the most widely accepted theory in Elladia on the origin of Dragons, even by Argonite scientists and scholars. 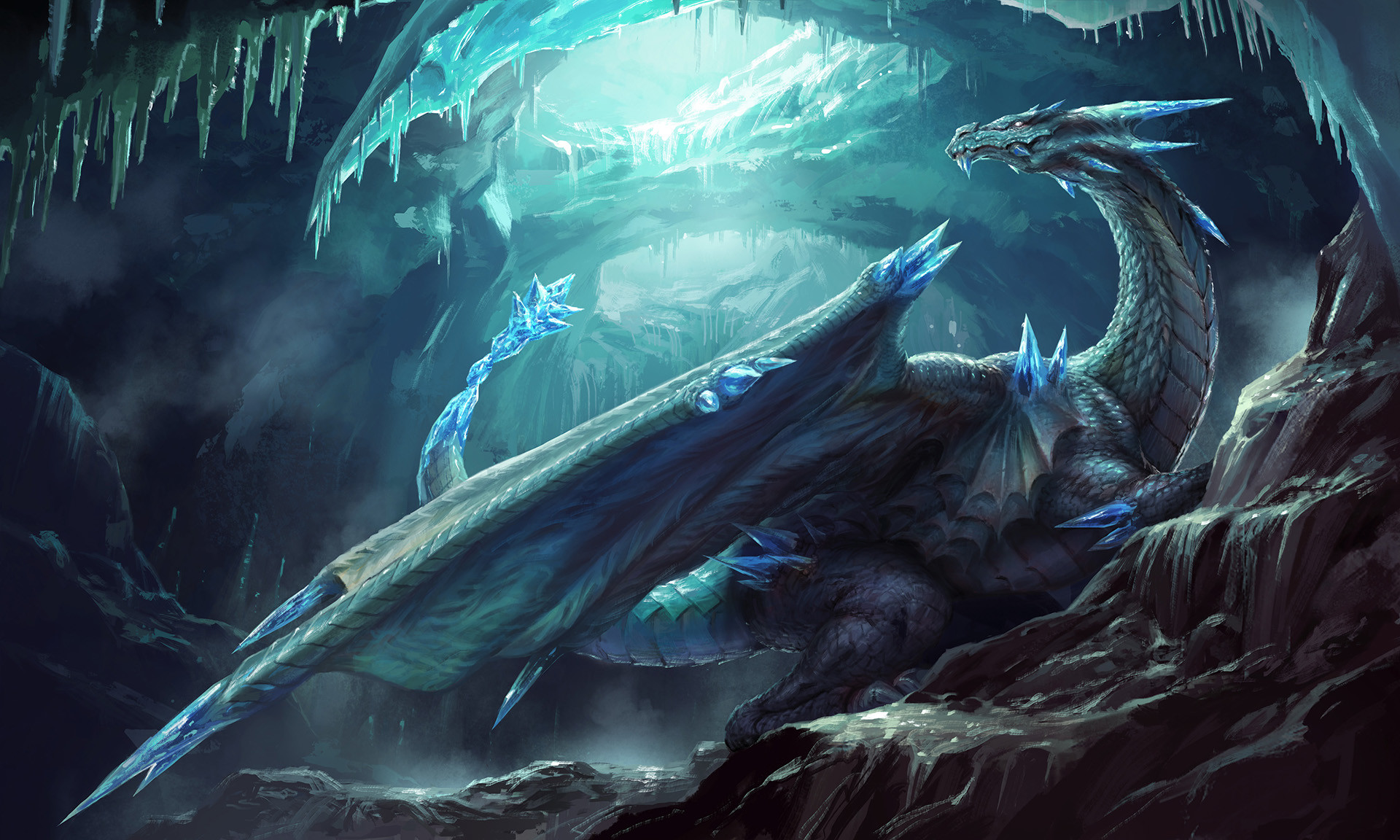 The Dragon of the North by Galan Pang

"I saw only the freezing winds and fog in my way. And out of nothingness, i came upon that icy mountain, on top of which that dragon was standing. It was truly a beautiful sight to behold"   Attributed to Axel Christiansen, telling his children a story about dragons

Probably the most fascinating things about dragons are their magical abilities to completely alter their environment and create fully living beings. A dragon can only change the element according to the element they are from however. For example an ice dragon can only make their surroundings icy and not fiery, whilst a fire dragon can make their surroundings fiery and hot but not icy. Moreover, there exists a limit to which they can alter their surroundings, which varies depending on the strength and power of the dragon.   Similarly, they can also make living beings similar to the elements they govern, such as ice elementals for ice dragons and fire elementals for fire Dragons.

History of the Dragons 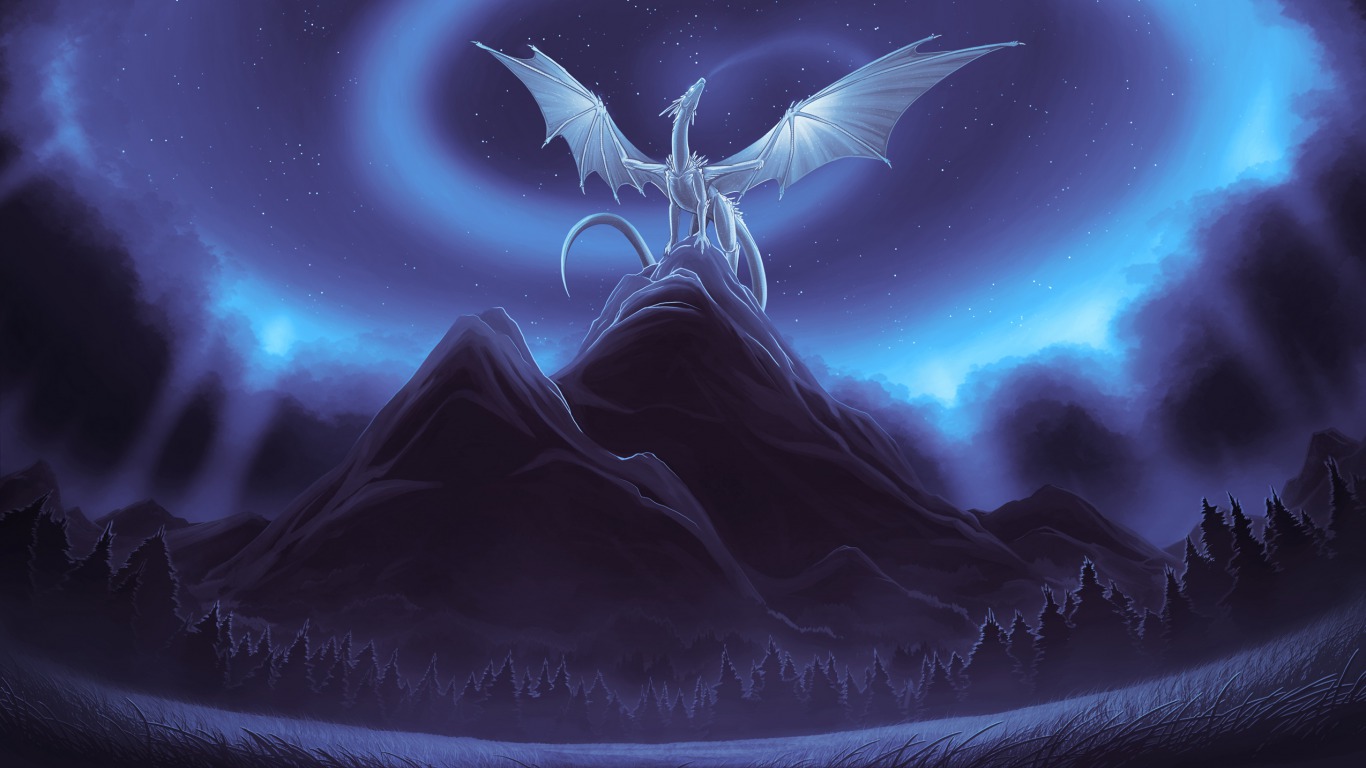 "Just like the Greenglade Forest, the Dragons have been on Elladia even before the first human crawled from the icy reaches of Inaria. They have witnessed far more than us, and are indeed probably the wisest of beings"   Raynar Lenas, writing on the history of Dragons in the Bestiarium Elladia

With the dark events unraveling on Elladia, the Dragons have been affected too. Reports have been coming of Dragons which are of a type never seen before, with Dark purple skin and purple eyes. Moreover, their layers are a twisted mess of Alien rocks, plants and mutated animals. Some people have also started seeing visions of the most powerful Dragons, who have warned the humans about the impending danger of "Arkanos". When the storm does indeed descend upon Elladia, the inhabitants of this world will have to look to the Dragons for hope also, for they might make the key difference in many battles against the armies of Arkanos

Remove these ads. Join the Worldbuilders Guild
Races and Creatures of Elladia

Well, what is there not to love about this article? It's DRAGONS! While it may need some polishing and tweaking here and there for grammar and at least one instance of repetitiveness, it's a lovely article!   I just have a couple of questions regarding these magnificent beasts:   1. You mention the Dragons being able to warn humans through visions - is this a common way of communication between Dragons and other mortals? What methods do they have, or is there any record of someone communicating with them?   2. Water Dragons - is there a way to test waters for levels of magic? Wondering if a Dragon could have such on an effect on the water so as to give it some form of magical water - I guess along the lines of the Crystal Lakes?   These are the only two things that first popped up for me! But another great article, thanks for sharing! - AP.

Great Dragon article! I think it'd benefit from a little bit more formatting, and maybe the inclusion of a sidebar with some extra info, but the content already here is very interesting and nicely laid out.   I sadly don't have much time to do a full critique, but one question did pop up while reading: How do the dragons create sentient beings? Is it like, the beings just *pop* into existence? I'm very curious as to how the process works. Similarly, how do they modify the environment? I picture just like their pure elemental power (like ice or something) making the region colder, but maybe you have more details!   Great work again :)

I got gingerbread cookies, chocolate, and article to read about dragons. Now, if only my internet connection would stop randomly disconnecting for no reason, I'd say my Christmas wait is perfect. xD   But from that to the article;   1. You are super good at finding pretty article pictures. ;w; So shiny! Good pictures give a good mood, and ones you got to fit the mysterious tone of the article!   2. I would too add to descriptions of how Dragons communicate, and how their intelligence and way to think compares to humans. :3 Obviously, if dragons and humans haven't talked a lot, humans would know very little how they think, but maybe they know what kind of morals dragons have if they have interacted more.   3. I'd like to hear more about these dragon gods! Maybe just a mention of a name and what type of god they have considered them as, just to give a little color.   4. also, are there variations of dragon body structure, and what kinds? do they all have a certain amount of legs, for example, horns or whatnot, or is every dragon different? x3   Dragons are always epic. Good job! <3