A member of the Rosso noble family by marriage, after her husband's death at the hands of Paoli Piedmonte in 881 she continued to involve herself in the family's political intrigues. There were rumors that she was planning a coup to overthrow Paoli alongside her brother-in-law Giovanni, but in the winter of 897 she was massacred along with many of the surviving members of the Rosso family in an event known as L'Oblio di Rosso. 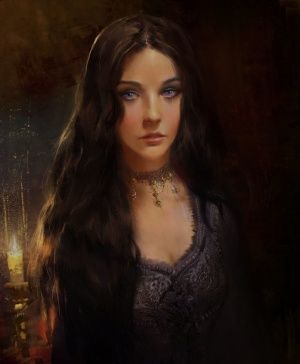