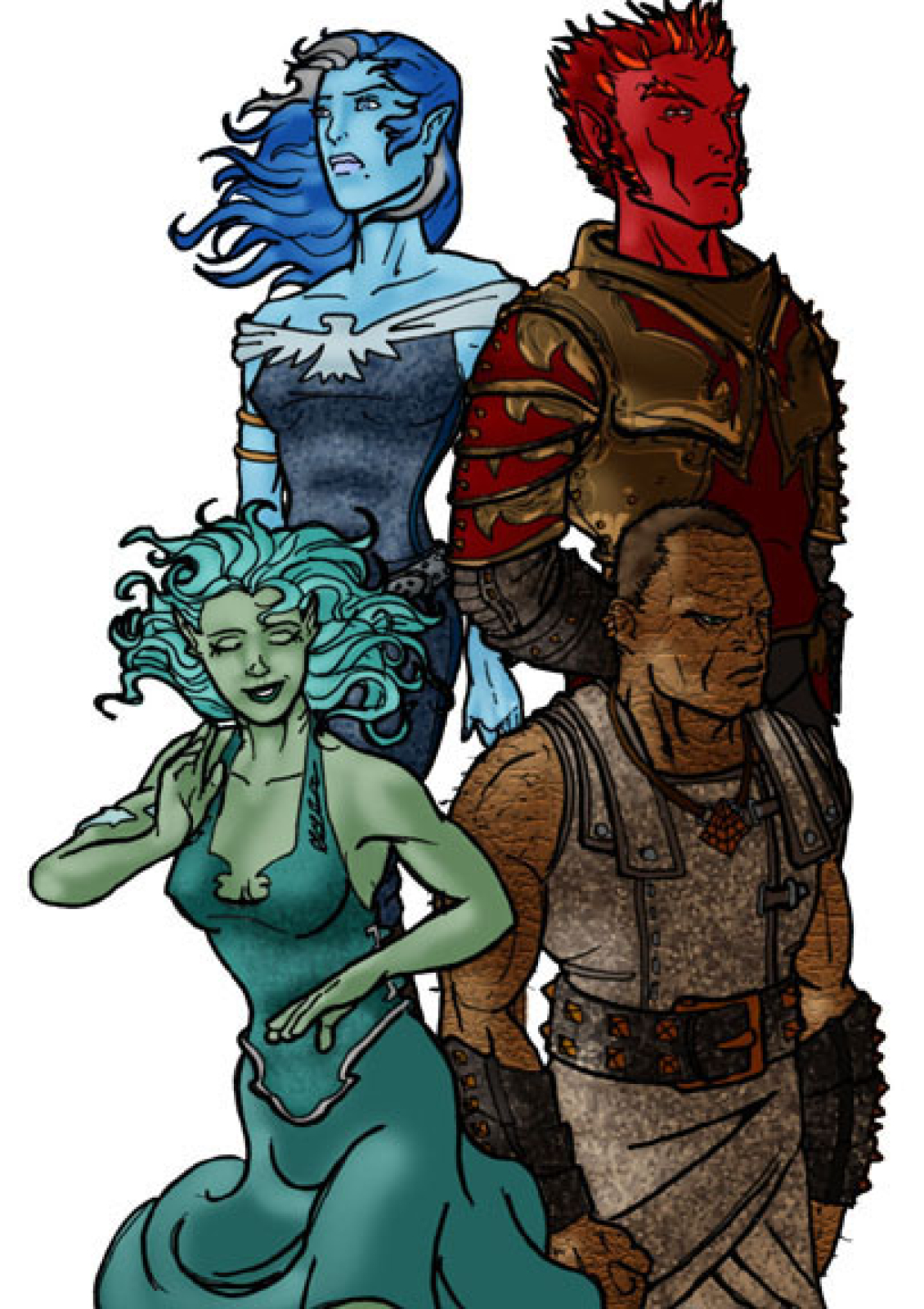 Ireans. One of the most unlike to each other ethnicities.

Ireans are the populus of the Ir'karok, the most controversial island occupied by two republics, that are in an alliance for almost 3 centuries.The ireans splitted the territories and reshuffled population of the land to Blue people- Caesitas, and Red people- Rubidus. The Rubidus took the western part of the land and Caesitas took the eastern part of it, with that separating themselves from a negative experiences brought by opposite opinions in life.   Caesitas are the people that tend to live in harmony with the world, to preserve its resources, and use only self-replenished sources of the natural goods. They use watermills, windmills, they mostly sow and gather the food, keeping animals untouched and protected if possible.Also they are closely affiliated with water and wind elements, exploiting those, with help of primitive technology and magic, to their own advantage.   Rubidus On the other hand, tend to exploit fire and earth, in order to provide themselves advantage in surviving, also they go for extreme measures, if necessary, for example they have trapped 3 primordials of fire, under the biggest cities of the republic, contained and used as a living forges, which they feed with local flora (trees,plants,everything that burns and has an inkling of the life essence).So, Red people are using fire and iron, technology to put themselves into an advantageous point, and they are already 50 years ahead of all the continent in that region of progress.

Due to the spectrum of present races names are varying, but all lean into the naturalistic theme for the Caesitas: Cherry, Sky, Sunbeam, Moonbeam, Rosaline, Emerald, Dandylion.   Rubidus names on the opposite lean to be short, sharp and fierce to the sound of it. Cole, Monolith, Pillar, Scar, Stigma, Irona.

There is not much of unisex manes in this ethnicity, due to the traditions of the folk.But between those are: Skirra, Estocc, Asura, Elion,Septis.

Majority of the Ir'karok speaks and writes common (Mirian) language, but sub-races present on the land are usually taking their native racial languages, if they have one. The dialect groups are split to two as well: western and eastern dialect.Western is more "Barking" and sharp, and the Eastern is soft and fluid.

Rubidus perceive their culture as progress, as improvement, and they think that scientific approach on the culture is the best way to leave a legacy after they die: but because of the laws and order of being inventive, they can only come up with an idea, and then they have to pass it to the council, which will determine the value of the blueprint and pass it to the primordial forge.After that, it will or will be not produced, which will bring honor of disgrace to the inventor.   Caesitas are the people of the nature, they have a strict feeling of connection to it, and the culture that is most appreciated is "nature art", which mostly contains of making wondrous sculptures out of plants, gardens, other naturalistic representation of the beauty touched by humanoid.Other than that, they put a lot of effort into romance, friendship, and family.

Rubidus Are the people with boiling temper usually, like to argue and quarrel to reach to the truth, but mostly they are lawful and follow the local laws and moral codes.They despise thieves and swindlers more than anyone even more then murderers.They unfortunately don't see value in family as much as an average person would. Though they love to see a good fight or performance, share the love to explosives and technology.   Caesitas Share the value of a good book, interesting story, an adventure, and family of course.The laws in eastern Ir'karok are not strict and people mostly follow their heart in terms behavior, and simply try to good for the sake of everyone.

Rubidus have steam technology, trains, firearms, magic rifles, and many other technological wonders. Caesitas are far away behind the Red folk, and they are in medieval era, using simple things to achieve the results in every region of activity.

Rubidus are the people of straight neutrality on terms "Mind your own business", they don't invade or break personal space, keep their noses out of someones private life, activities etc. Which makes them less social then any other people on the continent, adding a good amount of social awkwardness to the people of the Red folk.   Caesitas are more impulsive and energetic, but also warmhearted people, they try to treat one another as they would treat themselves. Which sometimes, for an outsider, would seem too hospital, and too personal. Nevertheless, they mean no evil or bad intent.

Red Folk adore golden, silver, and other metallic colors in their adornment, finding it the most fitting for the most of occasions. Men are dressed in short sleeved shirts, or don't wear them at all, and classic tight pants.On the celebratory events they are dressed in white/gold/silver tunics over one shoulder. Females prefer not to wear skirts, replacing them with shorts, or pants, sleeveless shirts, or jackets.   Caesitas Prefer blue, green, white and yellow colors of the usual outfits. Men wear usually long sleeved shirts, or robes, combined with wide pants, or man-skirts(kilts). Women most of the times wear long dresses, with cleavage and adorn their hair with various flowers.

Due to the close connection to the technology, Rubidus don't tend to celebrate any local holidays, and tend to just celebrate the personal.Though once per year, they have inventors festival, where there is a competition between ones, that have invented something in the span of the year. And the whole population of the town gathers on the largest available spot in the town to observe and rate the new technology.The one who wins, and only the one, will get into the council position for the next 3 years, which brings fame and fortune to the winner.   Caesitas are very (very!) celebratory people, they have holidays almost each week, and some of them are just ridiculous, the holiday of the "Round Egg", the holiday of the "Blue sky", and so on.So the celebrations of the holidays are almost unending, but people enjoy that.

Rubidus due to the variety of the races have multiple of the birth rites,but one of the most strange is the birth of the Forgeborn, that are born already as grown person,and they get an appointment depending on their appearance, and remain with that duty for the remainder of their lives. Fire priests "Sisters of the hearth" perform the ritual of the "Path", that selects a way of living for freshly created Forgeborn.   Caesitas tend to expose their children to the elements, bringing them out into the first rain after the birth, and call this ritual "Elixen". Also later on when the children reach at least one year of age, they are introduced to the wild: forests, rivers, mountains, so they tend to not to be afraid of the nature.

Rubidus don't have any rituals related to the age, as they don't measure their lives with maturity,adulthood etc. Caesitas send children into the mountain range, to a hermitage for one year, as soon as they hit the mature age, and after a year outside the community they become official members of it.

As everywhere, the undead rising is a problem, so the dead of Rubidus are fed to the primordial: "From the fire you came, into the fire you will go". For the Caesitas case, they came up with a ritual, that turns the deceased into the trees, and that's how they dealt with the "Rising" issue. Also the trees are representind sort of tombstones,and oftenly visited by the families and friends of the dead.

Rubidus are forbidden to create out of metal. Smithing,tinkering,jewelry,is forbidden.Only the Forge can create. Caesitas have tender souls, and sensitive personalities, therefor they have a lot of unspoken taboos,Such as : man can not enter unmarried woman's room without a permission, guests can not sit at the head of the table,the youngest person present at the table drinks and eats last etc.

Rubidus are not the the best storytellers, however there is an order of a Fenix, that compiles prophecies of the world and they tell lost of foreign legends and tales,mysteries and theories.   Caesitas on the opposite are filled with various folklore.They have a legend of a Karok'zittar, the keeper of the land, a giant Treant that will punish all cruel,and will protect the towns and settlements from the invaders, if they were behaving, and had harmony with the nature.

In the story of the Rubidus there are multiple remarkable people,mostly inventors and innovators, but one stands out above all. Septos the Ashen the man who has invented the item able to trap the Primordials and bend them to the will of the people.   In case of the Caesitas the most remarkable person was Elinda Stormfire Giantess, that made possible the separation of the Red and blue Folk, and establishing peace between two parts of the continent.

For the most part, in Rubidus society the beauty is put on the second position, and the attractiveness of a person is measured by style, intellect and talent. Both for male and female and other-gender creatures.But highly esthetically appreciated the variety of tatoos, jewelry worn on a person.   The Caesitas lean more into romantic perspective of the beauty, the looks are appreciated, but over it its the harmony of the soul of the person, their dreams,their thinking about the world.

In terms of courtship and romantic relationships, the Rubidus and Caesitas are two total opposites of one coin. Red folk is straightforward , and they perceive the relationships as a deal made between both sides, that leads to a mutual agreements, prosperity and healthy partnership. So often the relations start with a paperwork called "Partnership of a couple", describing what kind of relations the offering part is demanding. When the contract is signed, they spend time together as normally a pair would do, but more conservative, without public manifestations of the "Feelings"   Caesitason the other hand, seem to be creative at building and establishing relationships, inventing new ways to surprise the other significant self, with creative ways to conquer the heart of the beloved, and the tradition is actually to come up with an idea, and perform it the most romantic way.

Red folk are perceiving the relations as a long term partnership, and they are very hesitant to break one if its established.And ideally the contract would be extended to a "Belonging contract", which is a substitution to a marriage.   Blue folk are on the opposite side, find papers and ceremonies, unnecessary, but sometimes the actually perform marriages. But ideally due to the long life span, they tend to change partners several times before settling with the final choice. 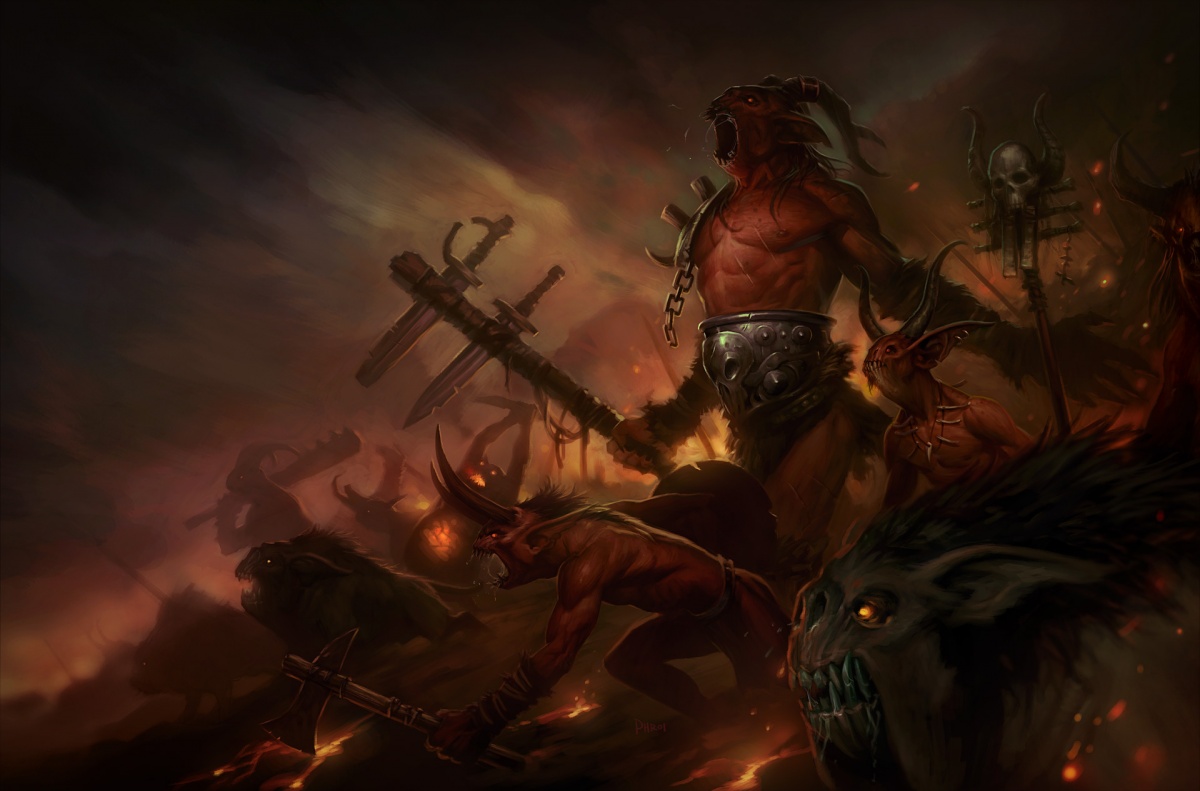 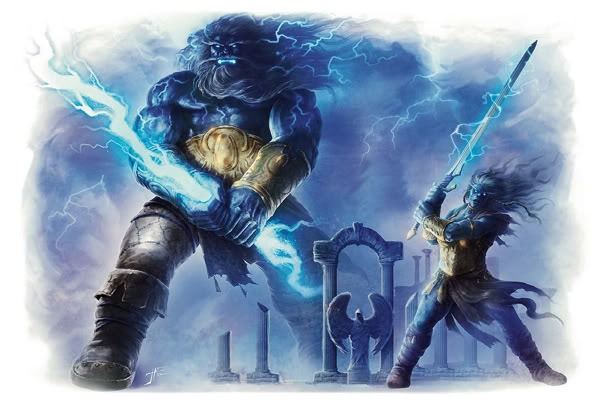