The profession of pirate is very old. It has been around for as long as the seas have been used as trade routes. It is not an average career choice but those seeking great fortune may sometimes choose the path of piracy. This profession comes with its own set of problems. The most obvious being the fact that it is illegal in most parts of the world. Pirates are rarely treated in a good way when they are caught alive. More danger lurks in the depths of the seas however as pirates have to deal with the same threats any seafaring ship deals with. Black Sharks and Sirens plague are known dangers for which precautions can be taken. There is so much more that can threaten a ship and which can not always be avoided. Heavy storms for example are a danger for pirates and sailors alike. The benefits of their job outweigh the dangers though for pirates. For them it is all about adventure, finding treasure, raiding ships, and becoming rich. In literature a pirate's life is sometimes romanticized even though in real life pirates are known for being brutal, unscrupulous, and not afraid to kill anyone standing in their way.

While roaming the seas a pirate's work is sometimes not that different from regular sailors. They operate and maintain the pirate ship. Everyone has their own job to do. It is the moment a possible target is spotted that the difference between a pirate's job and a sailors job is obvious. Intercepting and attacking their target asks for a very different set of skills. Pirates must be fearless, ruthless and able to fight. They need to get up close and personal since they want to plunder their target rather than sink it before they get a chance to get all the loot. Intimidation is an important tactic for pirates. If their target surrenders there is a lot less risk involved for them. [expand this part later]

Pirates spend a lot of time in open seas. Therefor they are well aware of the danger Sirens plague holds. It is even believed pirates might have known about using masks as prevention against the disease long before the discovery of its cause. For hundreds of years it has been common practise among pirates to wear a mask that covers their mouth and nose. Since about ten years any person on a seafaring ship wears such a mask, but pirates took it one step further. Their masks are painted in such a way that it gives its wearer a more fearfull appearance. Some examples of patterns on pirate masks are skulls, monsters, swords, etc.

How do they protect their ships from black sharks? [WIP]
Type
Illicit 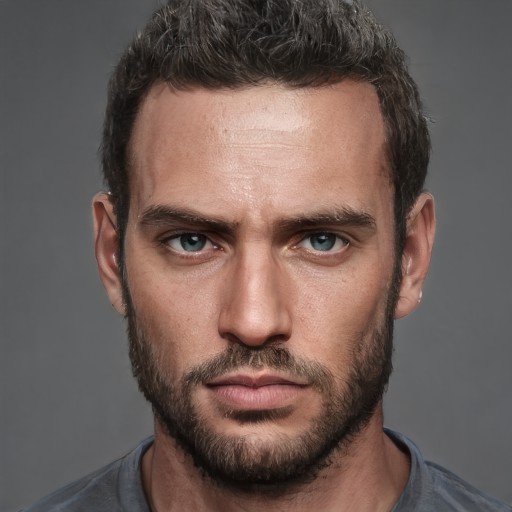 Created with Artbreeder
One of the most notorious pirates in the Eghean Sea was Roban Dreadmask. He wore a mask depicting the mouth of a demon. According to legend it was able to bring fear to anyone who lay eyes upon it. He lived at the end of a time where pirates ruled the Eghean Sea. And it was Roban himself who put a stop to the pirates dominion for no other then Empress Shiinu of Ghynzua. Thanks to her he sailed the fastest pirate ship ever made: The Empress Revenge.
Ealdwyll's Oceans

Answering: "Describe a profession in your world that has always been, or recently became, illegal."
Visit Rynn19's Competition Page Check all other answers to this prompt Competition Homepage

Cover image: Brown Sailing Boat on the Sea during Sunset (modified) by Pixabay

I love a pirate! His name is awesome!

Thank you. :) Luckily I had him on hand since he already featured in another article.

Well done as always! Love the return of Black Sharks! I’m sure you’ve probably answered this before but how do you do your character portraits? They’re really great!

Thank you. I actually forgot to add the info for the portrait so it is good you mention this. I create them with artbreeder. Although lately I find it harder to make good portraits with it since there were some changes to how you make them.

Oh very cool! I’ll need to check that out - I’ve been needing some good face portraits for awhile! Thanks for the tip!

Ahh, Roban. You were the one I thought was in a relationship with the Empress. Hehe...I don't think so anymore.   And yaaay, more pirates~! Always fun to muck about with. Also, your Artbreeder portraits always look far more realistic that the ones I use. XD Having a notorious pirates area is a great idea, too.

Thank you. :) Okay I am curious now to know what made you change your mind about Roban. :D

I like the little notes you have to yourself to expand later. :D   Really good article. There is a lot of little details here already. And Roban Dreadmask is a rather handsome man. ;)

Thank you. :) I do these notes sometimes when I know I want to write more, or when there are parts of the article I got to figure out. This world is after all meant for me, to give me a backdrop for stories. And Roban was indeed a handsome man. That helped getting the rumors going about him and the Empress of Ghynzua. :)