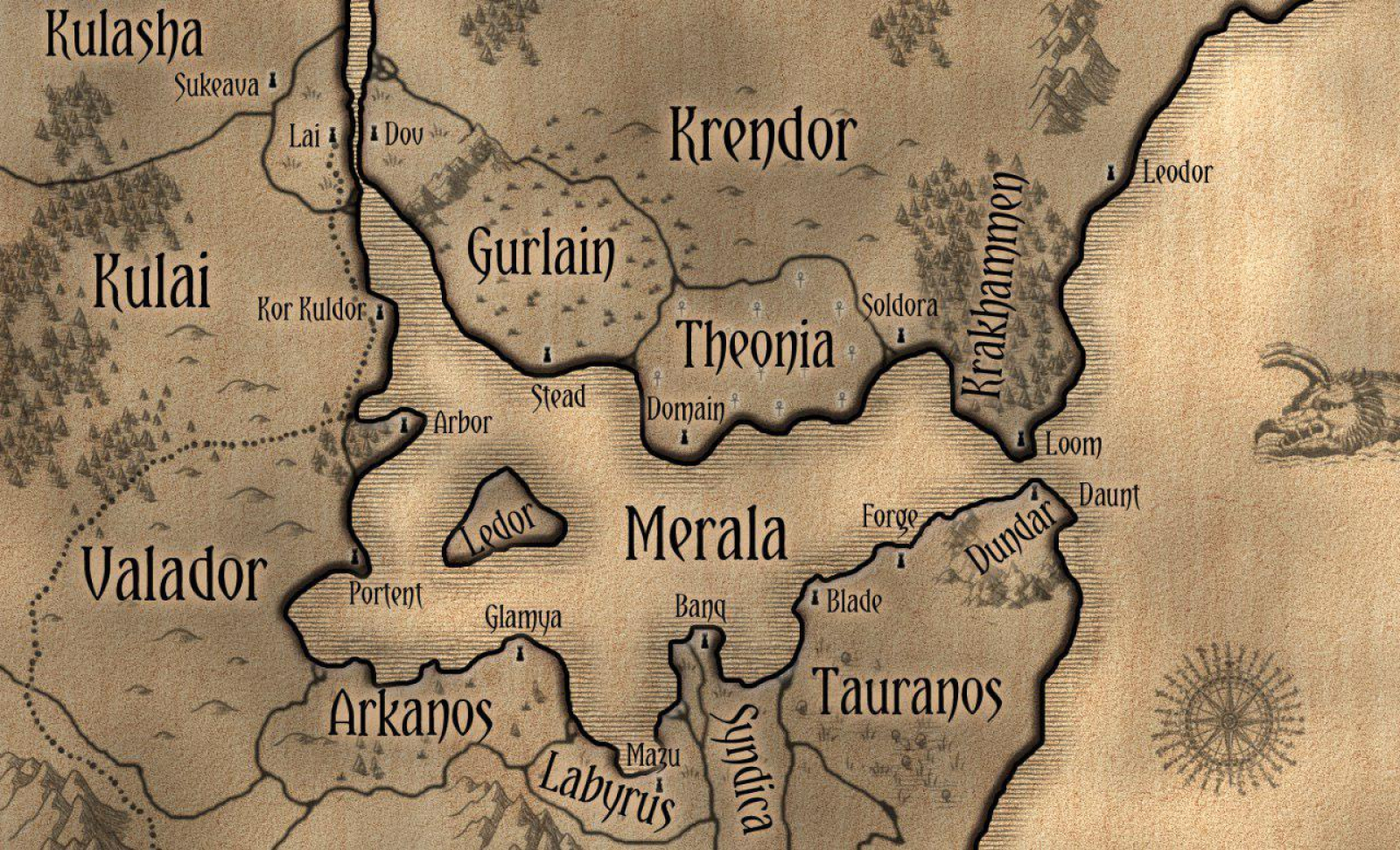 A magical land as like to rob you, reward you or whisk you away on a wondrous adventure.
— Winnow observation

Colarwyn is the name for the region that surrounds Merala, an large inland sea. Colarwyn is made up of several monarchies, both ancient and new, that live in a taught balance with each other. Where war once threatened to devastate the region, The Compact Against Sorcery has united several monarchies together, putting them into a strategic alliance strong enough to oppose the magic-rich nations.   As our story begins, Colarwyn is undergoing a renaissance of sorts and begins to look towards challenging the open sea and the Worldwyrm Sorogoros.

The large inland sea of Colarwyn.

The monarchy on the south side of the Gates of Merala dealing mostly with information.

The dark forest monarchy on the north side of the Gates of Merala known for its spider silk.

Denoa's funding is depending on you, the players and GMs out there. Please consider supporting our Kickstarter and extend our reach on Facebook and Twitter.
All feedback on our articles is highly appreciated, please do leave comments! <3
Cover image: Merala Map by Hammerdog Games