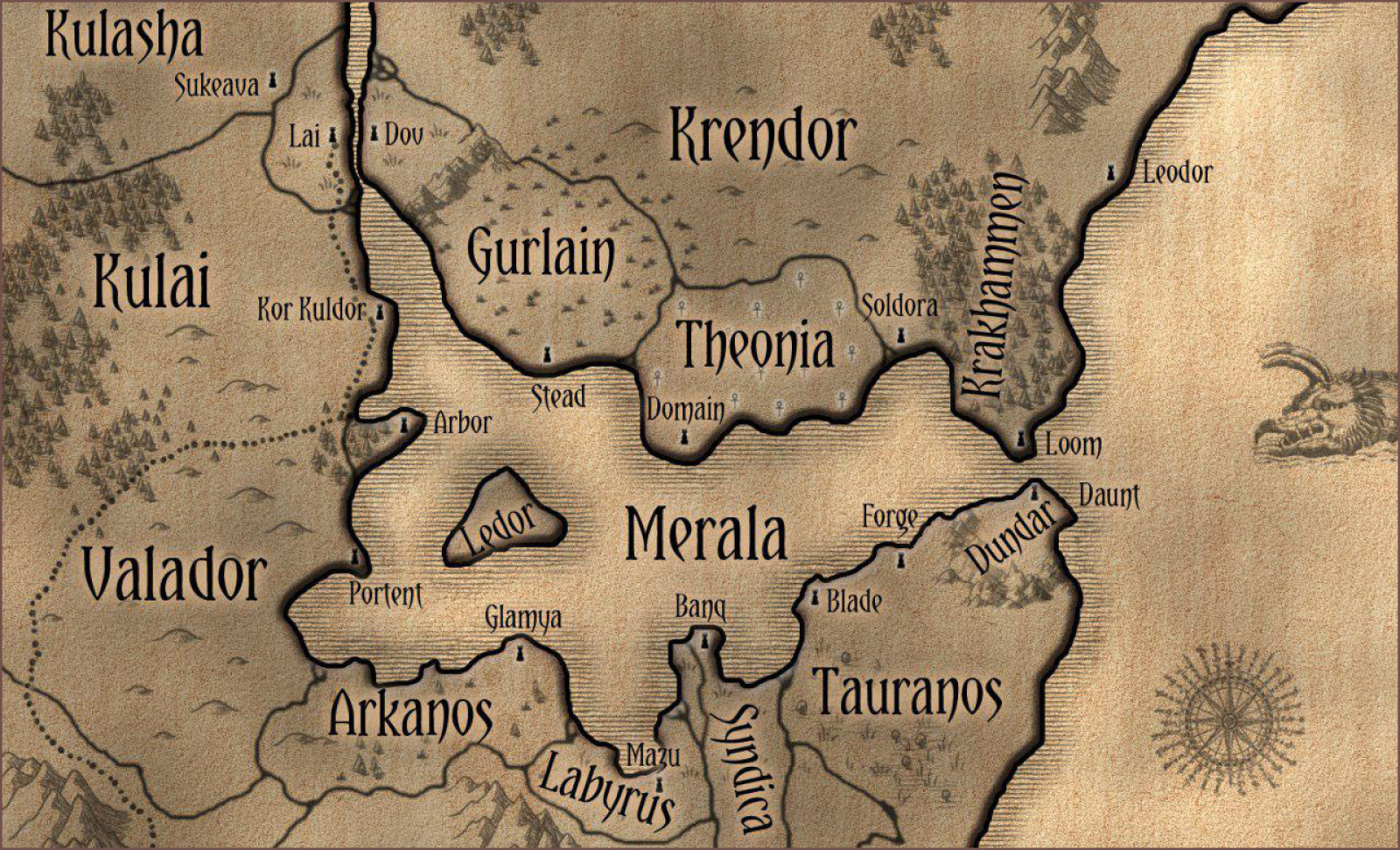 A large inland sea, Merala is home to most of the population of Colarwyn. It is surrounded by countries as varied as they are wondrous. A ring of capital cities has formed around Merala, attempting to thrust their power and influence on each other. For centuries these countries have plied Merala’s coastlines with small ships and barges. Lately they have begun to build larger ships and cross her deepest waters.

The eastern portion of Merala contains a set of crashing cliffs that work as a type of doorway. Known as the “Gates of Merala” these cliffs have served to cut Merala off from the open sea and the leviathans created by the Dread God Abominous.

Merala is a salt water ocean.

There are standard sea creatures and plants for a temperate and semi-tropical zone.

The moving cliffs seperating Merala from the Open Sea.

Denoa's funding is depending on you, the players and GMs out there. Please consider supporting our Kickstarter and extend our reach on Facebook and Twitter.
All feedback on our articles is highly appreciated, please do leave comments! <3
Cover image: Merala Map by Hammerdog Games