Ruiz is a Kindred Vampire of Vecna, sired into the Mekhet Clan, chose to join the Order of the Dragon, a Family Elder and sits on the Council of Elders leading The Shadow War in Ptolus City. Ruez has one god and one tool, Vecna is his god and information is his tool. To Ruiz all decisions fall before the altar of information and secrets, figuring out what others don't want discovered is his true power. Then deciding how to leverage that power. He leads the Mekhet Kindred Vampires within Ptolus wield his powers of shadow and subtly.


The Way He Looks

His true features are rather stark and easy to remember, starting white his ghost white hair, which is why he presents many faces when not acting as a council elder. You never truly know If you're speaking to the real Ruez, or if the real Ruiz even exists anymore. He has perfected the art of being anyone or no one at all.


The Way He Acts

Ruiz assumes everyone is hiding something and most are hiding a lot. It is fairly rare when he finds an individual that has nothing to hide. It is also maddeningly frustrating causing him to dig even deeper. In matters of vote or voice especially on the Council of Elders Ruiz will always attempt to be the last person to speak, preferring to see the answers of the other four first. In his mind everything means something even the lack of a vote or pretending to not have an opinion. 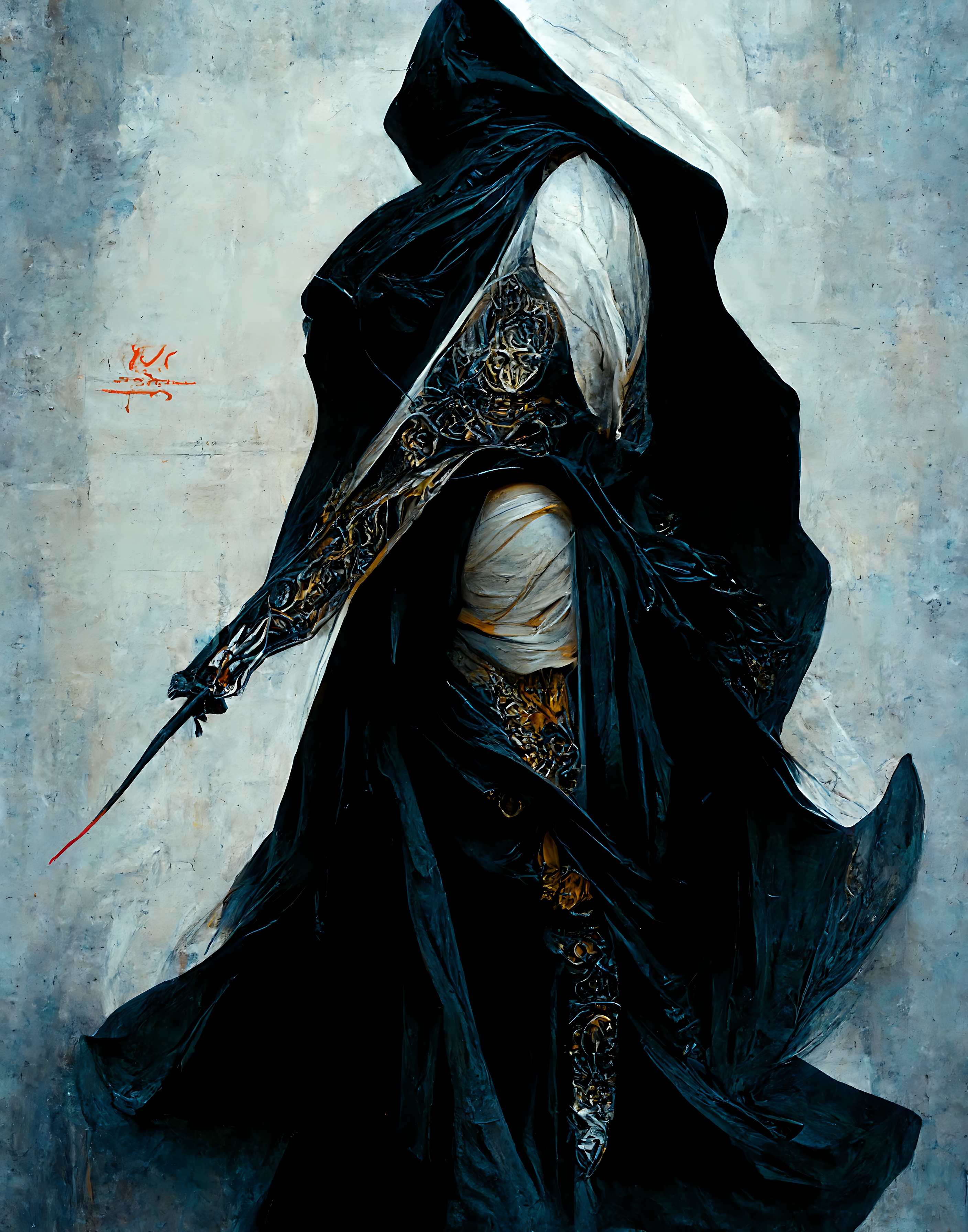 Orgins of the Mortal Shell

Ruiz gathered information for weeks, watched the ebb and flow of staff and patterns. He saw to every detail planning the perfect assassination. He narrowed his weapon of choice down to two daggers, one of blackened wood hardened with an enchanted flame and the other made of pale glass with captured smoke. He finally selected the glass dagger which would aid his stealth with invisibility as his target was very careful and he would only receive one chance. He smiled as his glass-steel blade pierced the heart of his target, a perfect kill.
If his target was not a Kindred Vampire named Vikas! Momentarily shocked by being stabbed in the heart and assuming another kindred was making a move against him. A half second later Vikas almost killed Ruiz outright, however with a quick Auspex glance reviewing the threads of a mortal scheme having come back to haunt Vikas he hesitated. This assassin, this Ruiz a mere mortal had actually managed his tasks and skils to near perfection, what more could he ask for in a progeny. Vikas embraced Ruiz on the spot. From time to time Ruiz reflects back on his choice of daggers, what could have happened if he pierced the heart of Vikas with the wooden dagger. 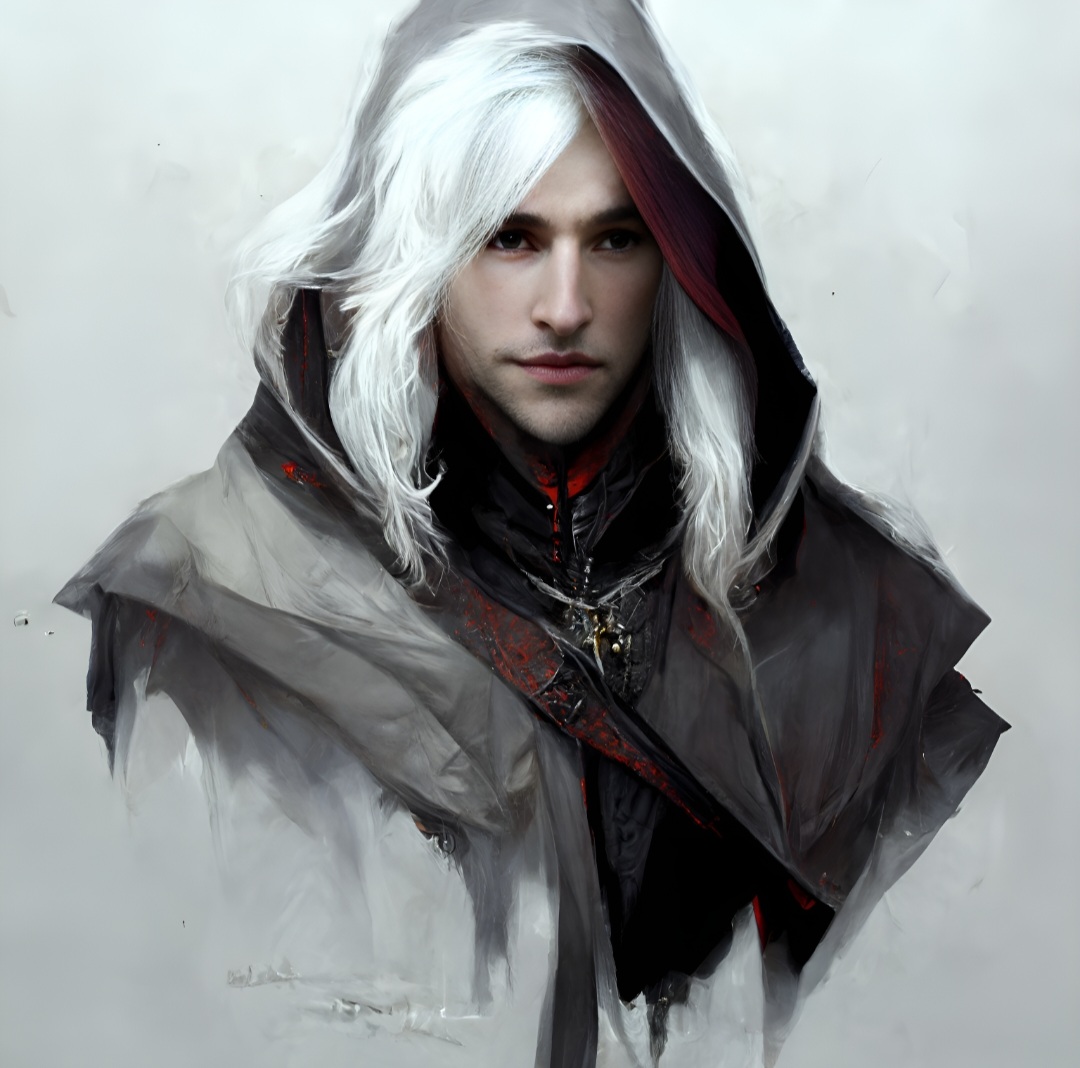 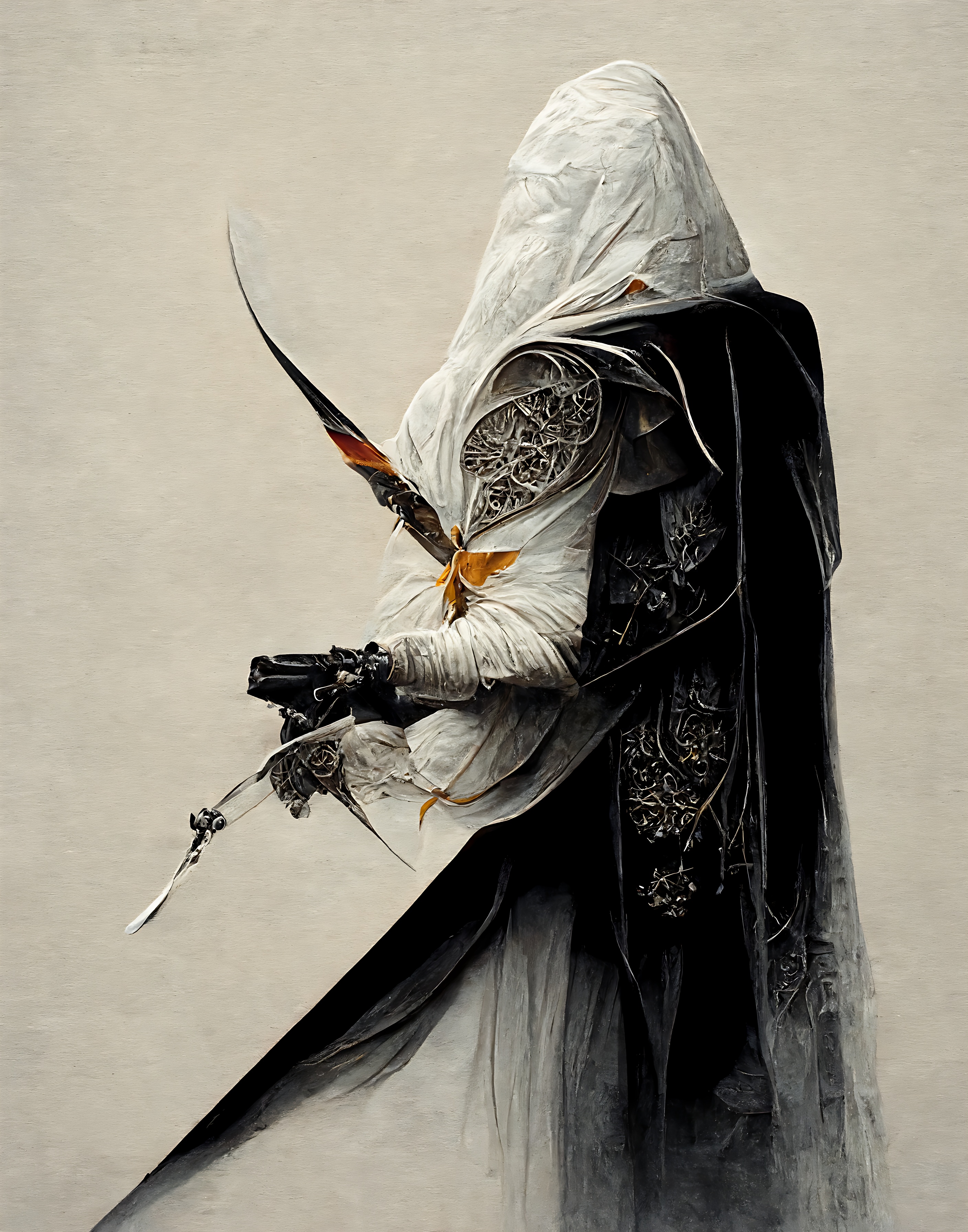 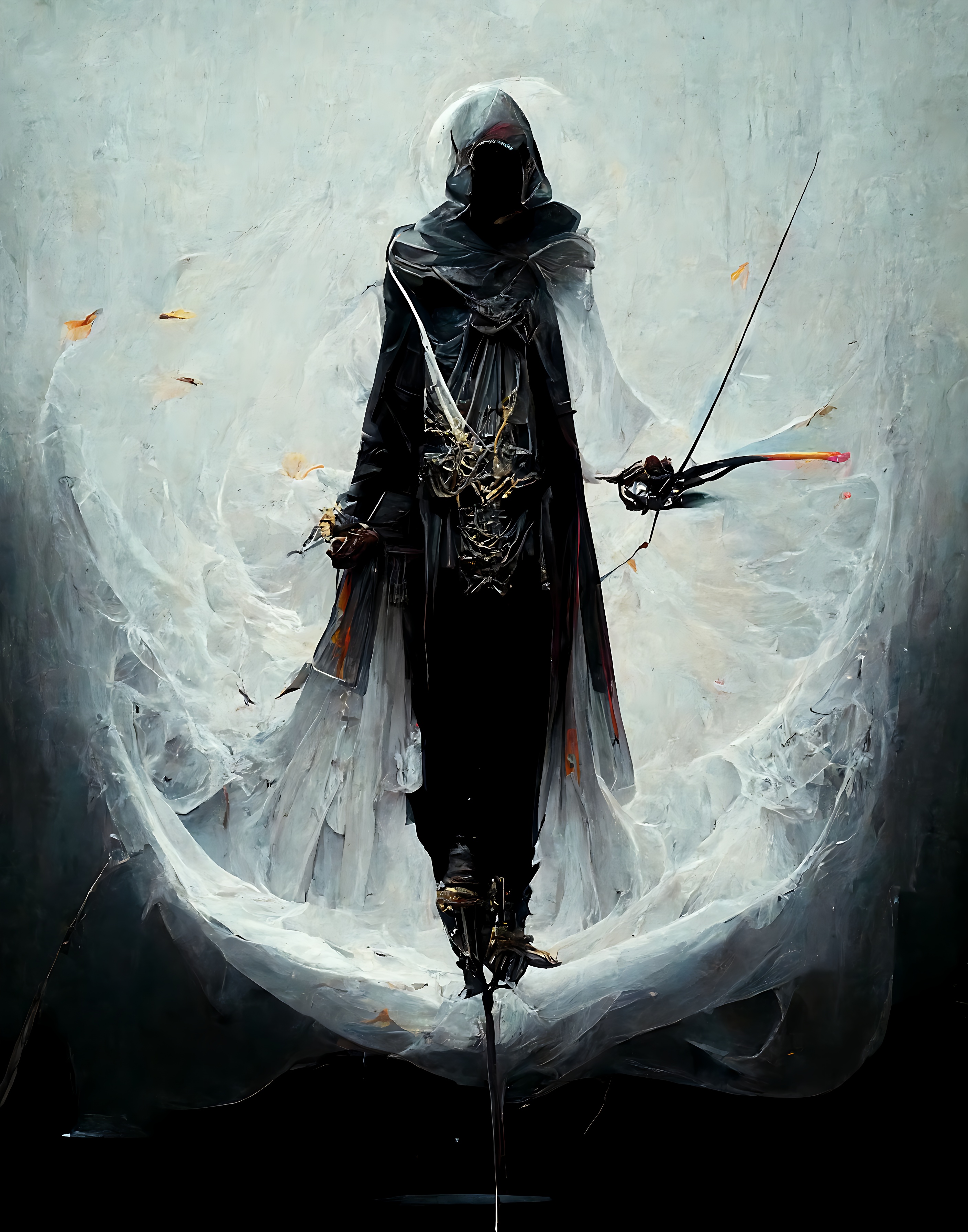 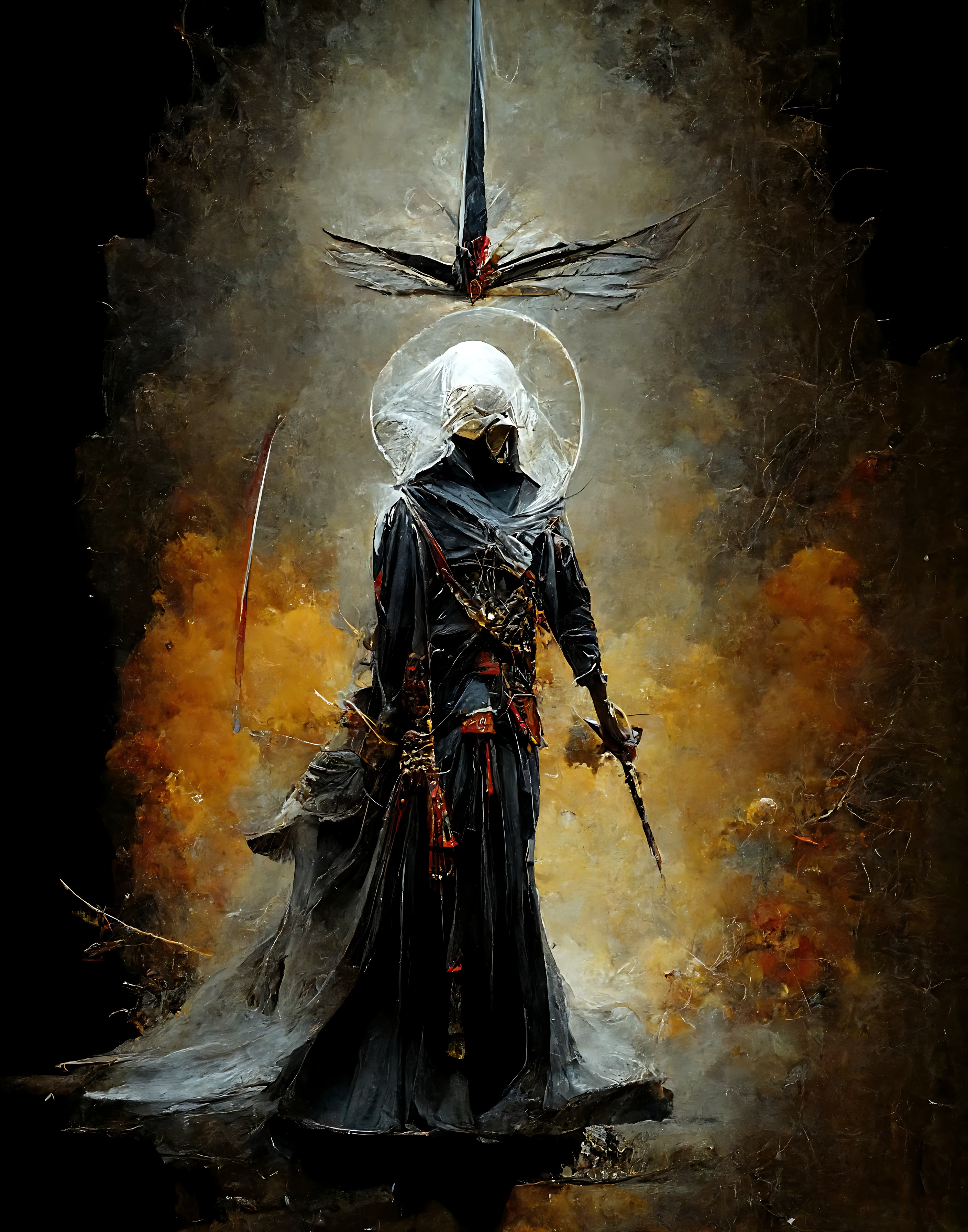 Answering: "a great leader of their people"
Visit Graylion's Competition Page Check all other answers to this prompt Competition Homepage

WE 2022 "Title" Finalists and NY Resolutions

Thank you for stopping by and yes I am very please experimenting with MidJourney for art in my world. It was very exciting to start writing a character that has been in the campaign for years but now start writing him on World Anvil.