The Heavy Hand of the Vecna

The world of Athas lies crushed under the boots of Vecna's Vampires. Overlords, Shadow Legates and Soulless rule the city-states with an iron fist. Thousands of mortal collaborators have sold their souls to the dark god for the privilege of scraps at the cost of blood and treachery.

Athas has been cast into an eternal night and vampires move with impunity in the dark. Vecna's magic shrouds the world as an oppressive blanket, drowning the day. Despite the veil of black, the desert planet still burns with the same heat and plants still grow in the gloom. 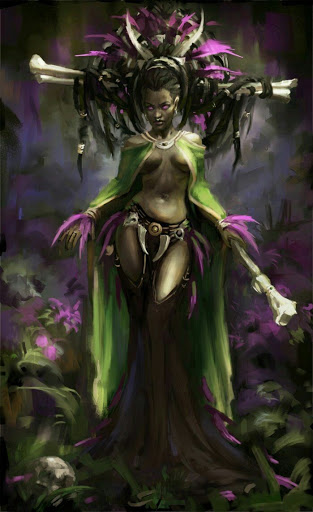 City-State of Gulg, “City of the Blood Forest”

The city of Gulg is located in the Blood Crescent Forest, amid a valley called the Ivory Triangle, within the Tyr Region. The forest once wrapped most of the Stormclaw Mountains, but it is now a smaller twisted shadow of itself.   Gulg is ruled by Lalali-Puy, Queen of Gulg, once known as the Oba, the Mother of Beasts, Scourge of the Drow and a dozen more epithets besides. With the coming of Vecna, she is now the Dark Goddess or the Dark Oba, nothing more, ever.   The population of the city states live as servants to the vampire elite, cowed and broken. The living in the vampire cities are both slave labor and cattle for vampires’ appetites. The doors to houses are expected to be open and people ready to bare their necks.

“I saw the crescent eye of the first elf, gouged out and dredged in life’s blood of the blue and the green”, repeated in screams while clawing his eyes out."
— Mad ramblings of an Unknown Elven Druid

With the vampire’s rule, a multitude of Bleeder Farms have sprung up across the world, like pox on diseased flesh. They act as both blood repositories and breeding pens. These farms range from the shabby slave pens to luxurious estates for favored servants, ready to bleed for the vampires hunger.   None are as dark and twisted as the Blood Crescent Forest, formerly one of the last vestiges of thriving nature.

As the enforcers held their captive "meat" up to the great dark tree, limbs and thorny vines wrapped around him. The sound of breaking bones were swallowed by the poor bastards screams. In moments he was half absorbed even grafted into the tree now serving as a corrupt part of a blood ritual feeding system sustaining the grove and the vampires that feed on there.
— Unknown watcher. 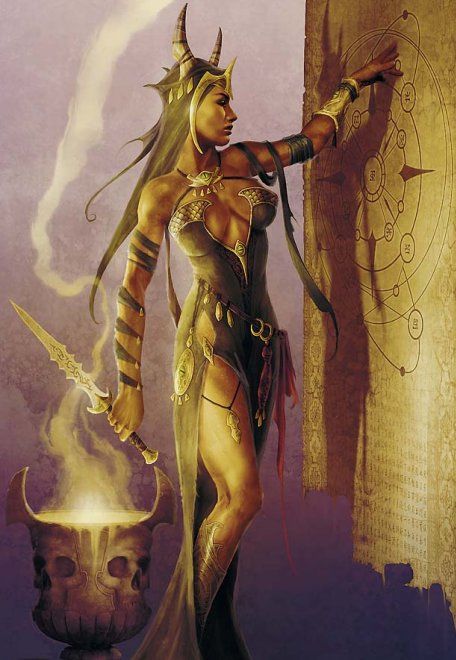 Gold and silver hold little value for the Kindred. Their currency is foremost blood and magic, both extracted with a singular hunger. Blood is the single most important thing to vampires, as they sift through the multitude of flavors and races. This is followed closely by all manner of magic and enchanted items. After that, vampires collect the greatest works of the mundane world, the most magnificent weapons, arms and works of art. Mortals rely on barter to fill their needs. Vampire values and collect rare mortal specimens for their different flavors; the earthy deep tones of dwarven sages, the light effervescent flows of an elemental air priestess, and the wild unpredictable nuances of feral halflings. 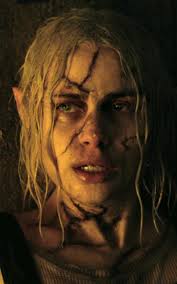 Teilian Yar-Nor Fara-Del in Elvish, loosely translates to “the Game of Blood Fear while Hunting Elves” or Teilian “the Game”. It has its roots with the vampiric subjugation of elves and the claim that allowing the captive to escape with constant pursuit laces the blood with fear. The vampires chase the victims down, beat them, and allow them to escape again, only to be hunted again.   The game has since changed and now any victim is fit for the amusement of the vampires. Such torment seldom ends with death, however. Perhaps his reward is an evening of sadistic pleasure, or to serve as a living symbol of vampire superiority, reminding all that it is they who control life and death. 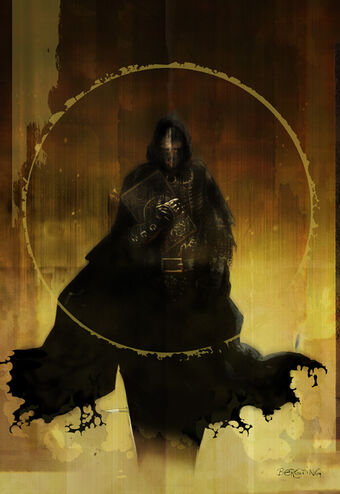 Talmon Steward of the Cult's relics


Punishable by the Lash


• Hoarding of food, keep all the stock well feed.
• Not averting your eyes or making way for a legate.
• Being late
• Failure to report a violation of the laws.
• Unauthorized presence in a restricted area.
• Smuggling.


Most punishments end with death. Legates are granted wide latitude with enforcement so the actual implementation of punishment and leniency varies wildly by legates. Poor judgement and bad timing has been known to cost a Legate his life.

Important Dark Sun Articles
Dark Sun ... that was then ...
Dark Sun ... this is now ...
Important Kindred Articles
Introduction to the shadow War
Vecna - The Undying Father
Book of Night
Tenets of Vecna