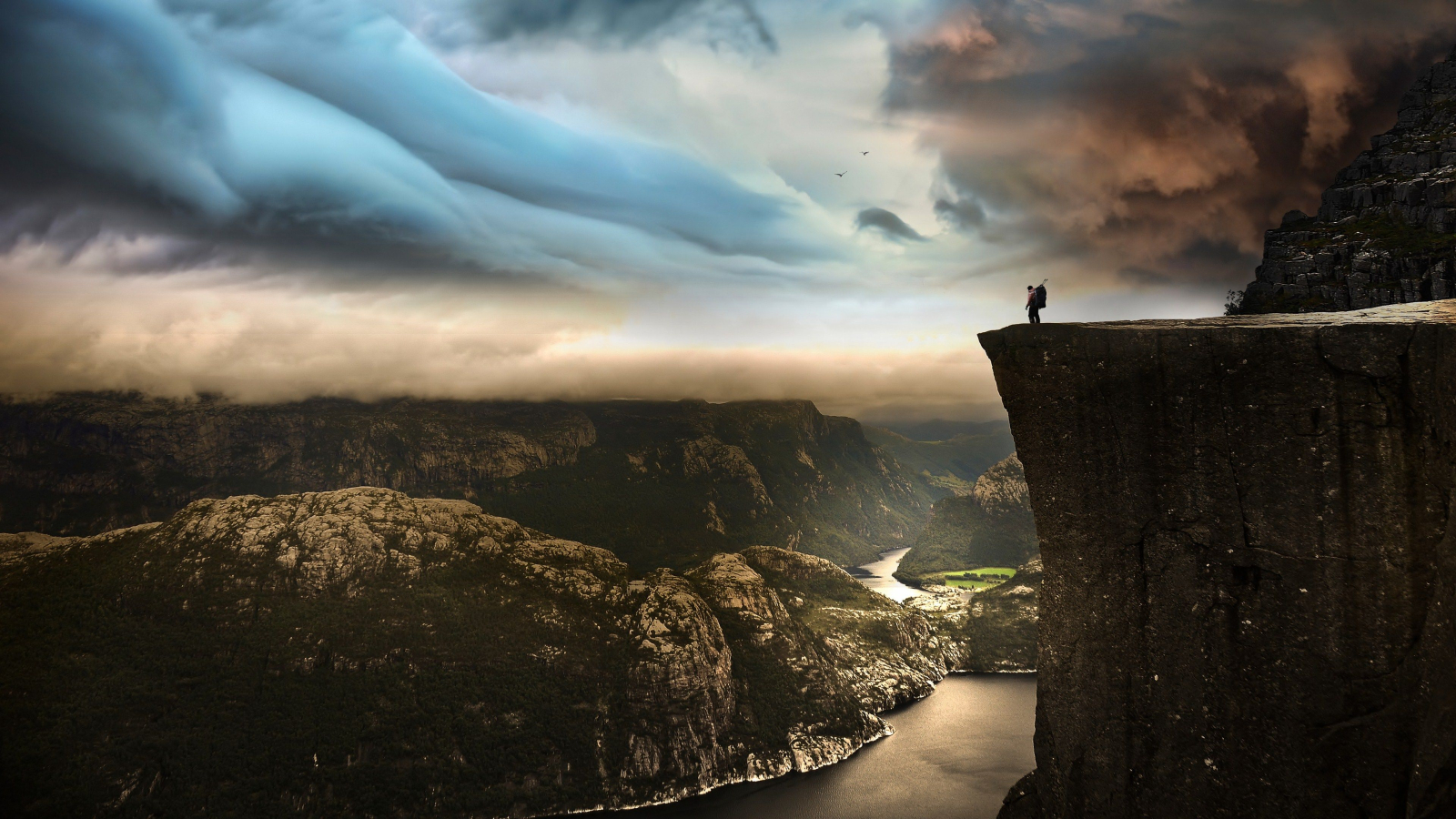 The Vales are a loose and often squabbling--or warring--band of small city-states, miniature kingdoms, and magocracies, each representing one of the twelve main Vales. Each Vale is roughly about 10 to 30 miles across and of varying shapes and microclimates, which often give rise to their name and organization, with numerous smaller vales hidden in the Valewalls. The most populous is the Vale of Spires, home to Trastrim, the largest and most diverse city of the region. The Spires, as Valians call it, a city-state led by the Free Council of representatives elected from the five most populous peoples (Humans, Wood Elves, Hill Dwarves, Halflings, and Tauren), is in constant conflict with Deepvale, a despotic magocracy at the far west of the Vales, ruled by the secretive and brutal Azure Wizards. Most of the twelve major Vales have sided--or been forced to side--with either the Spires or Deepvale, and each faction vies for control of the thin plateaus separating the Vales called the Isthmi, as well as the secret passageways and trade routes through the Valewalls. Since the only other access into the Vales is either through the air or by magic, most Vales maintain their own form of an air force (the Spire's Griffon Riders and Deepvale's Dread Drakes, for example) and several have massive, translucent magical force fields to stop intruders from teleporting in. There are only two Vales which remain fully independent and relatively peaceful: Mistyvale to the northeast by the Eastwall and Lake Ladras, mainly populated by Wood Elves, Forest Gnomes and other Fey Folk; and Corevale, a wealthy, neutral oligarchy home to Trademeet and the Valian Bank and located near the center of the Vales, which serves as the main contact point to the outside world (Outwallers) and profits handsomely from both sides of the conflict.

The Vales have never had their own centralized government, and so have been conquered and partitioned by various nations and empires since the Dawning, adding to its diverse cultural and demographic composition. There is a deep pride in resistance, one of the only traits the Valians agree on, and different Vales have rebelled at times--some alone, some together--against occupying powers. The geography of the land is perfect for guerilla warfare, but the lack of unity and the strong strategic position of the Vales have always made them an attractive target. For untold millennia the area was part of Daenor until the First Ruination; it was then ruled by the Eolian Kings from their seat of power at Valethrone until the Second Ruination in 1941 AFR; ravished by the Urdan armies during the Decade of Destruction until Urda's defeat by the Alliance in 1952 AFR; incorporated into the Voran Empire until the Revolt of Calead weakened the Vorans' grip on the region and the Vales were finally able to shake off the chains of foreign control, claiming independence in 2166. Since that time, the Vale of Spires and Deepvale have risen as the two polarizing powers of the Vales, culminating in the five-year long War of the Vales in 2252. After Altrivden's Armistice in 2257 there was a short period of peace--but the pressure has been steadily building between the two sides, with near daily skirmishes occurring as they vie for control of the Isthmi and tunnels that connect the Vales above and through the walls between them.

The Vales are comprised of deep valleys and chasms, each with a slightly to vastly different ecosystem and weather pattern, separated by enormous, sheer cliffs and connected through thin plateaus (called the Isthmi), cave networks for backchannel access, and grand, gated tunnels for more open trade roads. The connections between most Vales are fiercely guarded, especially the carved or natural stairs leading up to the Isthmi and the thin, rocky trails or strips of high forest or desert along them. The Valewalls form the natural boundaries to the east along the Rift, to the west along the Wallwood, to the south above the Princely Plains, while the sloping Palette rises to the north before reaching the Goblin-infested Teeth .

In accordance with the diverse nature of the Vales, almost every major religion and many minor ones are practiced somewhere. The Azure Wizards of Deepvale worship Nethys while the main religion in the Vale of Spires is either Desna or Erastil.

Different Vales have vastly divergent economies due to their political and social organization as well as the geography and microclimate of the particular Vale. The main trading center, Trademeet in the southern central area, is the most important conduit to the outside world through the Steelway. While not an agrarian culture, the Vales produce a variety of food and goods, ranging from livestock, honey, and fruits to textiles, woodwork, and glassware. Their main economic strength, however, lies in the rich mineral composition of the Vale walls, which have been interlaced with mines for millennia and attracted sizable populations of Hill Dwarves and Goblins. These precious metals and gemstones are fashioned into wondrous weapons, armor, chalices and the like, then traded with the outside world (especially Eoland ) for grain, vegetables, ale and wine to sustain and entertain the raucous peoples of the Vales.

The Walls Between Us

Articles under The Vales