Elena the She-Wolf of Frosthold (a.k.a. Lena)

A knight, descended from a great hero, turned noble fugitive trying to restore her honor

She was Ursa's squire who took her place as a knight proper. As a knight she performed all her duties loyally, until she started begrudgingly defending the beastfolk, there was controversy. She fought in skirmishes against orcs which earned her the title of Orc Bane and axe. She rebelled against an unethical order and retreated to Clovervale where she lived a simpler life until she heard stories of a great evil stirring in the south.

As a squire she had to fend off angry villagers with a spear, it advanced her career

She failed to protect villagers and her own brother

She was forced to kill angry villagers, and later, her own brother

Is doggedly loyal and refuses to endanger innocents

Won't harm anyone who didn't have it coming, won't let her friends heroically sacrifice themselves

Adrian, a young man, who she vowed to protect, after seeing his grisly fate in a Tome of Prophecy and Fate.   Ursa, her mentor.

A brother Markus and her parents; Solveig the Valiant and Ayberk Longstride

Worships the craftsman god and the god of beasts

Chloe, initially, hired Elena to be her bodyguard

Has a fortified manor house 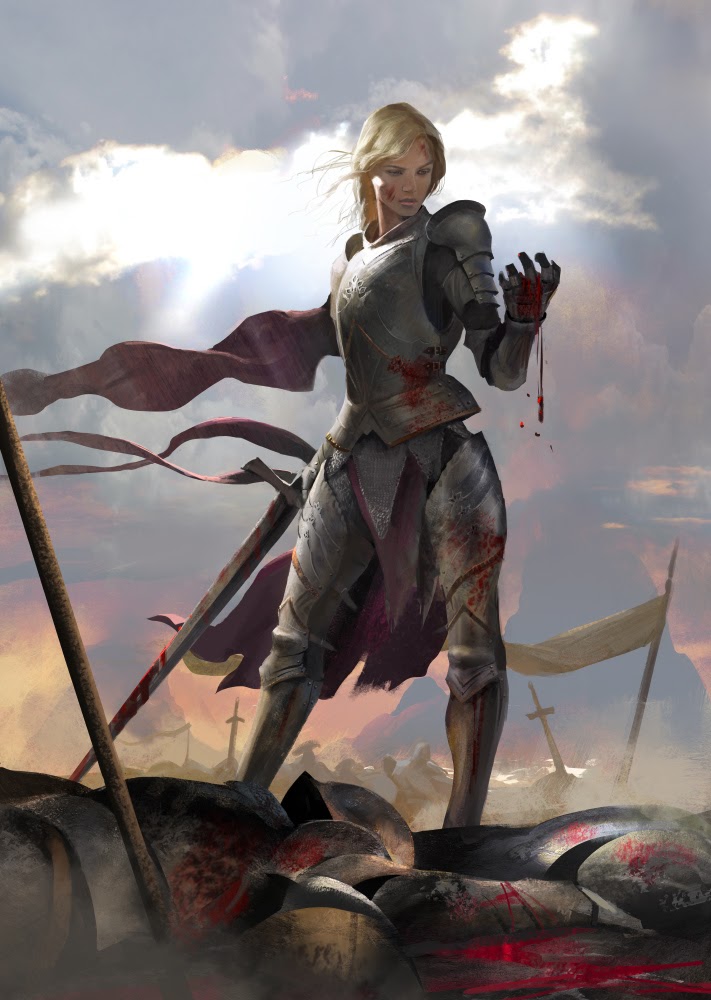