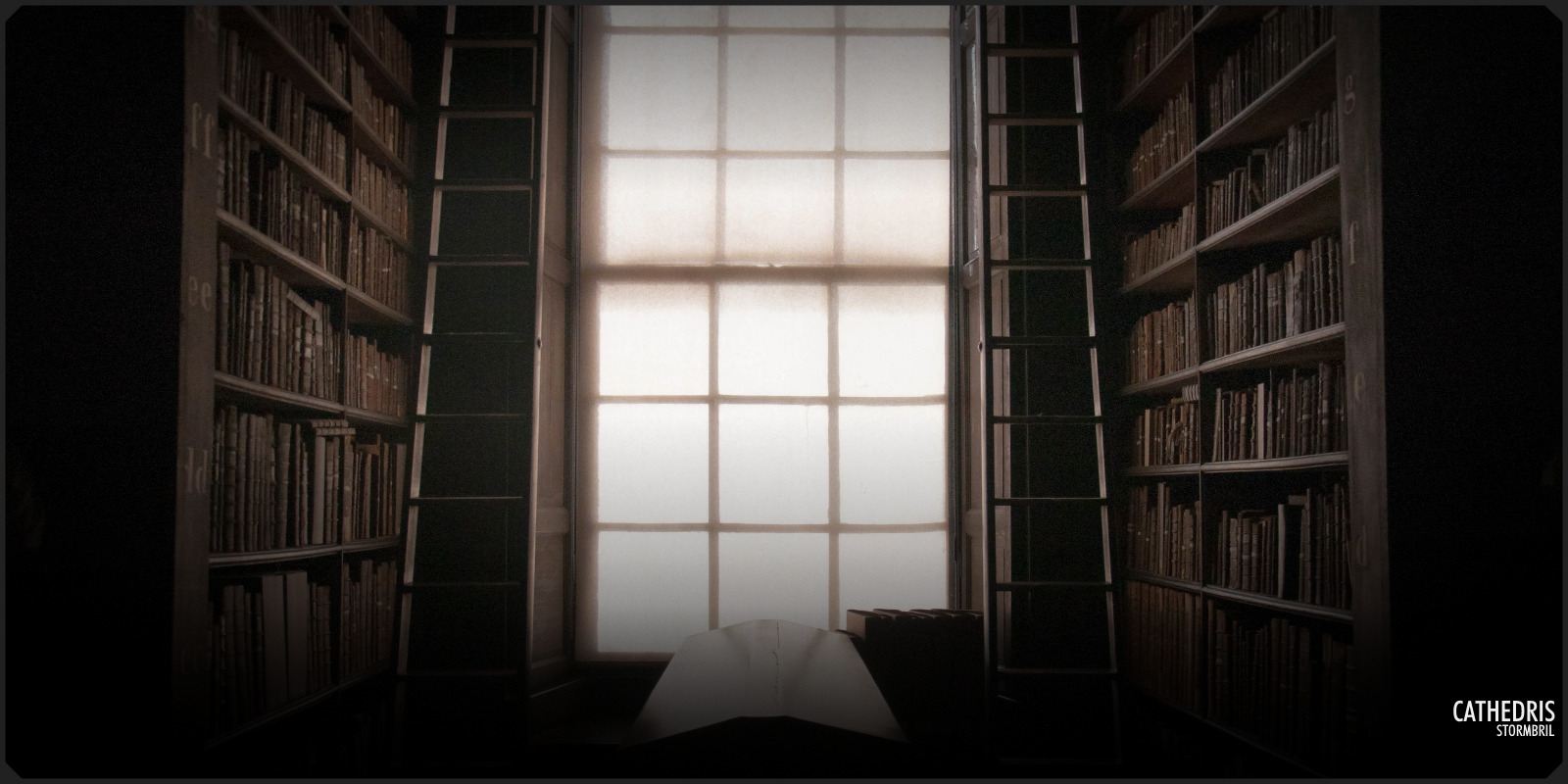 They cared not for humanity, but rather only for what humanity could provide. Patrons
click
tap
here for bonus info
If you want to see extra info, consider subscribing!   ~   If you already are a subscriber, you may need to log in!
— The Tower Duo; A history of Rak'tos and T'kalia

In the era of prosperity that Cathedris enjoyed before The Seven Day War two of the gods undertook a massive project that would shape much of planet's future. Rak'tos, god of Space and Learning, and T'kalia, god of Time and Information, worked together to slowly construct The Comprilith -- a tower they intended to fill with knowledge from all eras of Cathedris.


A Partnership of Mutual Understanding

Records show that in the early days, T'kalia and Rak'tos were not considered friends nor even partners. Some quirk of their personality caused the two of them to have an emotional distance from one another. However, what the gods did share was a mutal love, or hunger, for knowledge.

With this mutual understanding, the two began their project; plans were drawn up for their tower, The Comprilith, and construction began. Both gods were to have equal parts in designing the exterior, interior, and systems of the tower -- no single feature was to be planned or built without the approval of the other. Actual construction of the tower was similar, both gods took equal shares of the work in building what they had planned.

The two of them wove space and time into an intricate tapestry, and housed it within an incredible tower.
— The Tower Duo; A history of Rak'tos and T'kalia

Though exceptionally rare, disagreements would ocassionally occur between the two masters of the Comprilith. The number of these chance events can be counted upon one hand, and they always happened regarding key elements of the great library tower -- though never on issues of design or usage intent, and instead relating to things like process and timelines. However, because of a nearly perfectly shared vision between the gods, nearly every disagreement was solved easily, with either god clearly explaining their stance and convincing the other with little difficulty.   The only problem that took T'kalia and Rak'tos longer than a mere moment to solve was the issue of what to name the tower -- it's said that the two of them discussed this off and on for years before the name "The Comprilith" was finally decided on.

However, before work on the Comprilith was able to be fully completed, and their vision realized, disaster struck; He'an was murdered. This brutal action set off a short and violent civil war between the remaining gods on Cathedris that resulted in every one of them dying and becoming God-husks instead. The tower was thus left in an incomplete state -- broken and twisted, just like the two former gods that once worked to complete it.

The relationship between T'kalia and Rak'tos was one purely built of shared interests in preserving knowledge; outside of the project, the two gods did not interact that much, choosing instead to spend their time on other side projects or with other gods.   Of the two, T'kalia is most famously said to have found companionship in the presence of another god. Mythology states that the very first Sonosap Willow ever created was one crafted by T'kalia himself, as a gift to the god of Growth and Decay, Xiuthan.

In that tree, T'kalia spoke, and with his power, froze time -- forever trapping the world's first message of love within.
— The First Sonosap

One of the big mysteries regarding The Comprilith is the wild and undecyphered scrawling graffiti found all throughout the interior. Known as Comprilith Scrawl, these markings appear to anchor certain rooms in "locked" configurations, giving Comprilith explorers some semblence of familiarity within a tower who's interior is otherwise an endlessly shifting maze.   These 'Scrawls' are theorized to be anything from rebellious construction workers leaving messages, all the way to fragments of blueprints that the Tower Duo themselves designed.

Answering: "an old or ancient organization which still casts a shadow"
Visit Stormbril's Competition Page Check all other answers to this prompt Competition Homepage

I find fascinating the idea of two gods that don't agree, nearly on anything, working together on such a majestic project. I look forward to see the completed version.

Thank you, Luca! I'm really excited to write both of their articles, as well as the Comprilith article itself :D

Send the notification when you do! No Rush!

It's done! If you're interested in taking a look :) https://www.worldanvil.com/w/cathedris-stormbril/a/the-comprilith-landmark

So it was these two that left the messages on the walls. I like what they were trying to do, but I don't quite think they made it before their untimely death. Great article :)

There's actually not a lot of theories on how the contents and stuff got IN the Comprilith! It might have been these two gods, or they might have "employed" some early humans to go in there and catalogue. Or, maybe even the scrawling came after the Godly Civil War, from some early humans who got trapped in there when they tried to hide D:

Ah! I had forgotten about the sonosap willow :D I love the idea of that couple (or wait, were they even a couple? I haven't seen you mention how the other god reacted to the love declaration :p ) or the other relationship between the two gods here... Did they easily agree on stuff for the design of the tower or did t al require long negociations?

I had to sneak in a mention of that tree in here :D   They were in a sort of "will they, won't they" state before the war that ended up killing them all off D: But there are tales of the gods forming romantic partnerships here and there over the ages!   On things relating to the tower, there was mostly pure agreements! If there was ever a disagreement, it never took long for one of the two to convince the other.   Thank you! :)

This is rather fascinating! I love how you write, and how complex this is, thinking of the relationships between the gods. I love learning more about this world! :)

Ahhhh thank you so much! That's such an amazing thing to say, absolutely makes my day :)

I especially love the detail about the Sonosap Willow. The Comprolith itself is also a fascinating project. Just think what might have been had they managed to finish it!

Thank you Solar! Connecting things together is one of the best parts of worldbuilding :)   I like to think if the Comprilith had been a success, this world would be in a much more advanced and peaceful state than it currently is... but that's no fun to write for Cathedris >:D

I find their relationship - or lack thereof - really interesting. I wonder what The Comprilith would have been like if it had been able to be completed.

I sorta had in mind a pair of coworkers that go to work and get shit done, but then have no interaction or shared interests outside of work xD   I think it would've been an incredible source of knowledge, but still very hard to find ones way around within :P   Thanks for the comment, Emy! :D