Cairn Sector    Planet Collena    Flora      Tihala Trees
((Unless stated, all images displayed on this world are made by me, Chrispy_0))

Comprising two distinct species, Quercus Alba (White Oak) and Quercus Virginiana (Southern Live Oak), Tihala, or Oak Trees, are an invasive species not native to the Planet Collena. The tree has a complicated history spanning nearly 400 years and has existed on Collena in some way since fifty years before the Exodus.
Earth plant biology is not the same as Collena biology which had lead to some interesting interactions with the biomes the trees are found in. Various campaigns over the last 300 years have been put in place to eradicate the trees from the face of the planet, but some nations, like Vefaria, actually quite like the tree, and has worked the bark and acorns into valuable products for export. The Tree doesn't actually cause any harm to the environment compared to the many other invasive species introduced to Collena over the years, but its different look from Collena plants creates an eyesore to some Regalti.

The latin classification of the Oak goes without saying as it is established science and has been so for several hundred years on Earth. Oak trees are flowering plants that produce seeds and the Oak Tree genus (Quercus, Latin for Oak) comprises a large group of 500 species. The two invasive species of Oak on the planet are closely related to each other but on the Planet Collena, there aren't hardwood trees quite like this.
For the Regalti names, they call them Tihala. This derived is from the Cherokee word for Oak, "T'ala", who are the among the people responsible for Oaks on Collena and are where the original batch of acorns came from many hundreds of years ago. 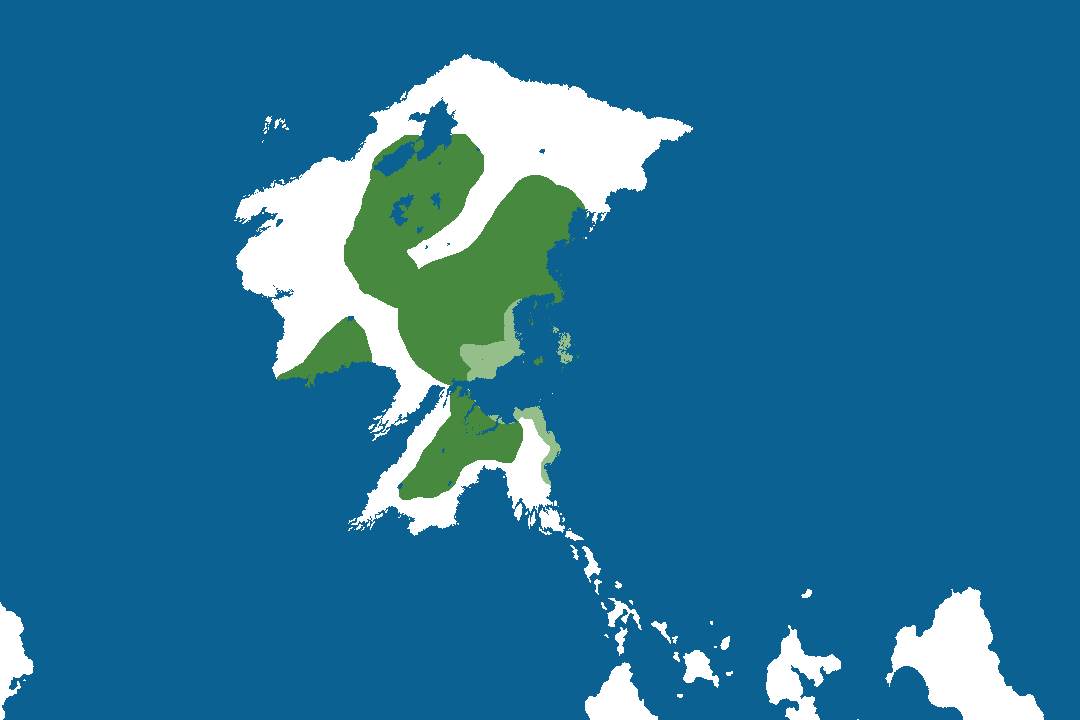 Oak Trees evolved on the Planet Earth around 55-65 million years ago, and they could be even older than that. Through millions of years of evolution, the tree has become one of the ultimate survivors on Planet Earth, able to survive in oceanic and semi-arid environments alike. Their acorns developed a high tannin content, which is great for blocking insects and fungi infections, though in the evolutionary arms race that is Earth, Oak trees are besieged by dozens of species of both.
On Planet Collena, in the short time since their introduction, Oak Trees have undergone several changes. The lack of arthropods caused the trees to lower its defenses a little. As a result, Oak trees on Collena produce about 50% less tannin than they did several hundred years ago. Their bark is generally lighter in color as well. The tree has been resistant to Chlorophages, which act as the immune system in nearly all plants on Collena, but the tree does allow a large number of anti-fungal chlorophages to live inside.
Generally if an Oak Tree senses a large number of anything, most types of beneficial chlorophages included, it will do the same thing it does on Earth, compartmentalize the infected area, and pump it with toxins that decays the tissue, killing part of the tree and the infection in the process. This almost unheard of in Oaks on Collena because of how nonexistent its threats are. 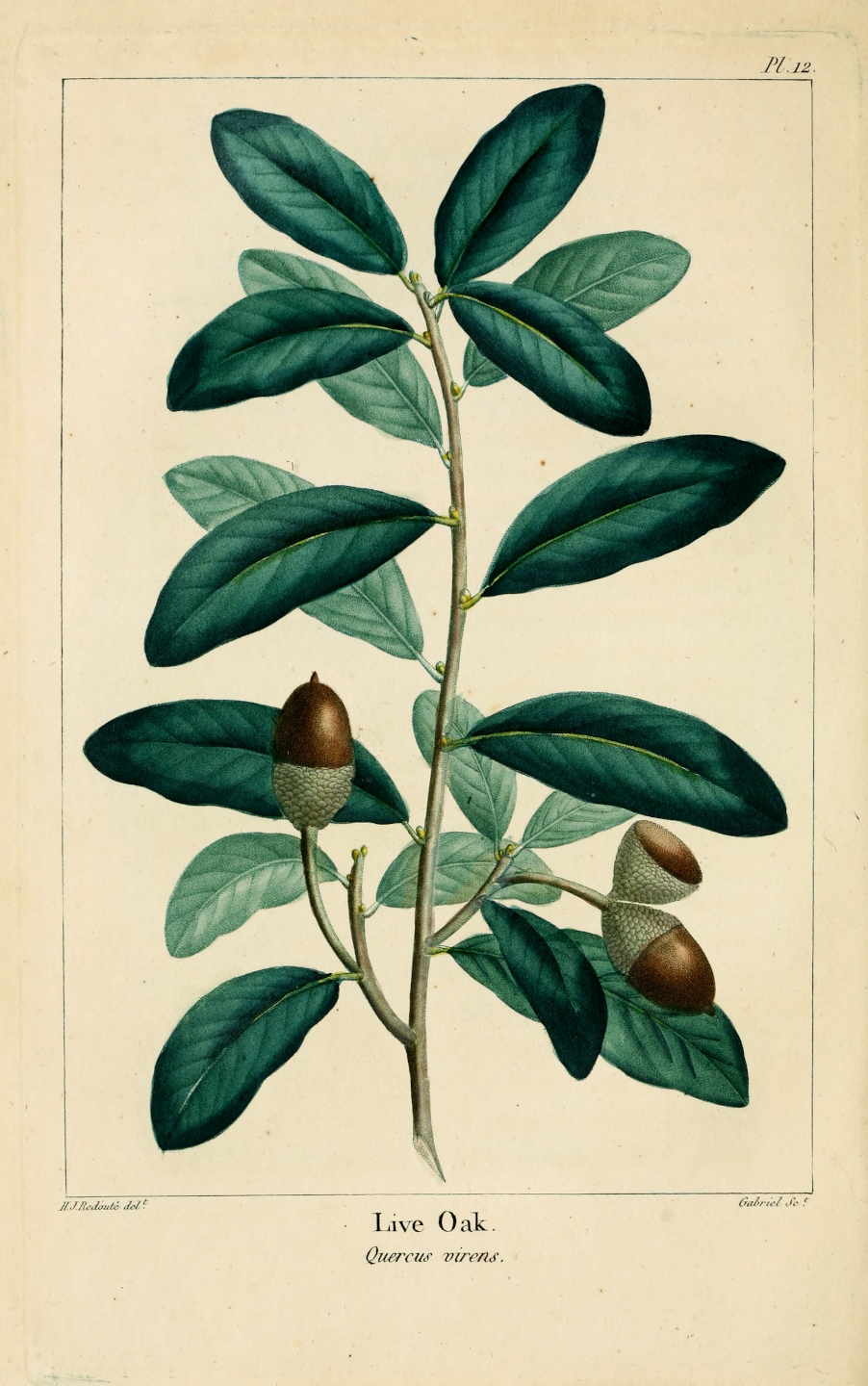 Generally, Oak Trees on Earth can reach up to 30 meters in height. On Planet Collena, due to the decreased gravity and thicker atmosphere, Oak Trees can reach up to 40 meters in height. Live Oaks are known for their wide spreading crowns, often wider than the tree, and can reach up to 50 meters in width in extreme circumstances.
Oak Trees can commonly reach 500 or more years old. There are groves of undistrubed Oaks that sprouted in the Eastern Lowlands of Kenerif almost 400 years ago, and are still healthy trees to this day. White Oak and Live Oak both yield water and rot resistant wood and have different uses. Both yield acorns, and have distinctly shaped leaves.

Even though Oak Trees have been on Collena for only 400 years, the Regalti have learned dozens of uses from them, either by figuring it out themselves, or by learning it from the last humans they brought to Collena.
The Seeds of both White Oaks and Live Oaks can be leached of their tannins and turned into oil and flour. The Fevarik have several cookie recipes that utilize acorn flour.
The wood of both species has been used extensively for building materials in Vefaria. Parts of the Imperial Palace in the City of Barun-Deth have been replaced with Live Oak over the years as the wood is much more water and rot resistance than nearly all Collena based woods. Some Woodworkers across Vefaria also use it in various products that are then shipped off to other parts of Collena, or offworld. Examples include Barrels for making Regalti Wine, dinnerware like bowls and plates, and furniture.
Some Fevarik consider it sacrelige to use any wood other than that from Veil Trees to use in their religious ceremonies, but, most recognize it is a superior wood to just about anything on the planet and it requires a much less intensive process to preserve than veilwood does (If properly preserved, Veilwood is a much sturdier substance). Woodworkers like those from the Sarai Clan use it to make ceremonial combat swords. 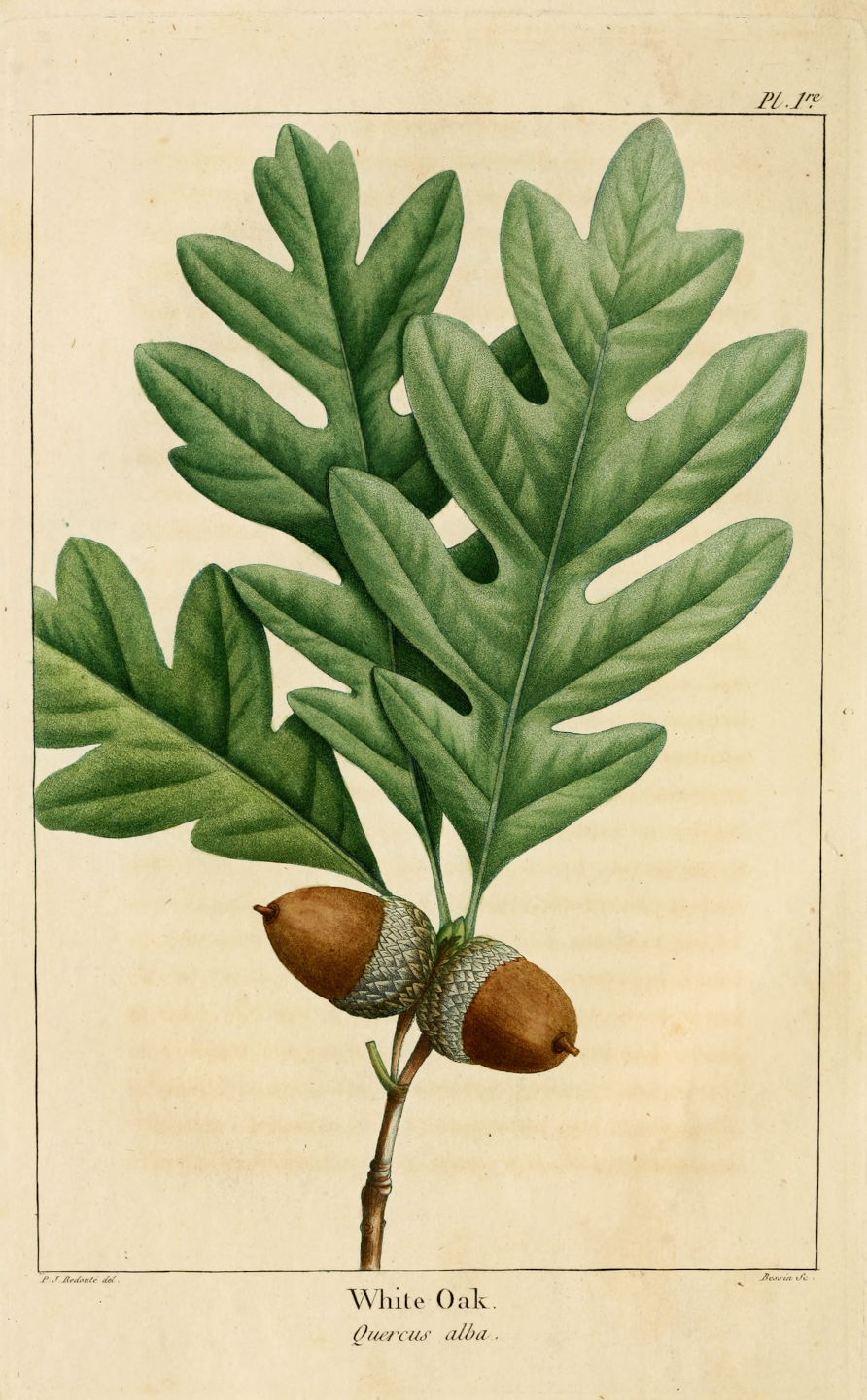 As an invasive species, numerous Regalti want to see them ripped out of the ground and eradicated from the planet, just like all other invasive species like the Arcturan. Unfortunately for them, Oak trees do not post a significant threat to the Planet Collena, and the nation it primarily grows in has found a great many uses for the wood.
The tree also interacts with several species in interesting ways. Hysovi are known to eat the seeds of Cloud Trees and quite like the taste of the tannic acids in the seeds (and are readily able to metabolize the acid compared to other animals). This makes acorns rather attractive to them. Because Cloud Trees produce toxic seeds every few years, ranchers have mostly replaced them with Oaks. The large size of the trees gives Hysovis a lot of shade to rest under. Hysovis will also gather under the trees in the autumn months to eat any falling acorns.
For Live Oaks specifically, several species of Jinani will attempt to peck at the bark the same way they would Veil Trees, but never gain access to the tasty sap underneath. Eventually they give up and move on. They always go for Live Oaks first, even if a Veil Tree is right next to them. Though the mechanism for this isn't known yet, Farmers will plant Live Oaks at the perimeter of their orchards. Combined with trained Kesmodons that chase the Jinani away, the damage caused to Veil Tree plantations has dropped significantly.
The Tree is inhospitable to Hanging Jellies and Tree Urchins, and Terrestrial Corals can't infect them like many other trees on Collena. Various species of pests also have trouble living on the tree's leaves or bark because it is so different from Collena trees.


The Last time Humans were on Collena

About 500 or so years ago, Captain Uul and Zilda Marn were leading a Vusinor Research expedition to a mudball planet known as Earth. With them was their first Regalti researchers, curious about a new world. It was just the latest in a long line of expeditions to the world because this planet had outstanding biodiversity and even in the most mundane places, unique life would be found that always surprises the researchers. The primary objective for this research expedition was to make contact with the people of the Kenerif shaped continent and gather research material for future study.
Humans have never wanted to leave Earth, despite numerous offers from Uul and the Vusinor research corps. The difference this time was the Regalti research team. Their feathers for hair combined with their soft facial features made many natives think the Regalti were either messengers of the gods, or descended from the Eagles themselves. They presented the Regalti with many gifts, including acorns, eagle feathers, and other things. The regalti placed great reverence in their ancestor's feathers, a belief many natives shared when it came to eagle feather. Uul played it to his advantage, offering some natives the chance to 'live among the eagles'. He got three volunteers.
The humans went back to Collena, where under the eye of Zilda, they lived among the Regalti for several decades. Despite numerous requests to the Galactic Council to have a hearing and vote on recognizing humans as a sapient species, which would protect Earth in the future...they were always denied for some reason.... The humans never had children, and eventually died out on Collena, and with humans being notoriously difficult to clone, Uul and Zilda would have to return to Earth someday, but that's a different story for another time.
Of the gifts these people brought to Collena, numerous Acorns were among them. Some of these were somehow planted and grew into full sized trees, spreading around the continent of Kenerif within a few centuries. Their other major gift, eagle feathers, was of high importance to many Regalti. There are several Clans that still have an eagle feather or two on their ancestor bracelets along side the feathers of many of their previous ancestors.
Flora

Note that I only know very few cherokee words and I vaguely remember the words for Oak and Acorn. I'm probably (most likely) wrong. I need to research the proper words later. Other than that I think this article is done.

So fun to read about a tree that's super normal where I live as an invasive species on another planet! Also, you may have a typo in the last sentence of the introduction ^^;