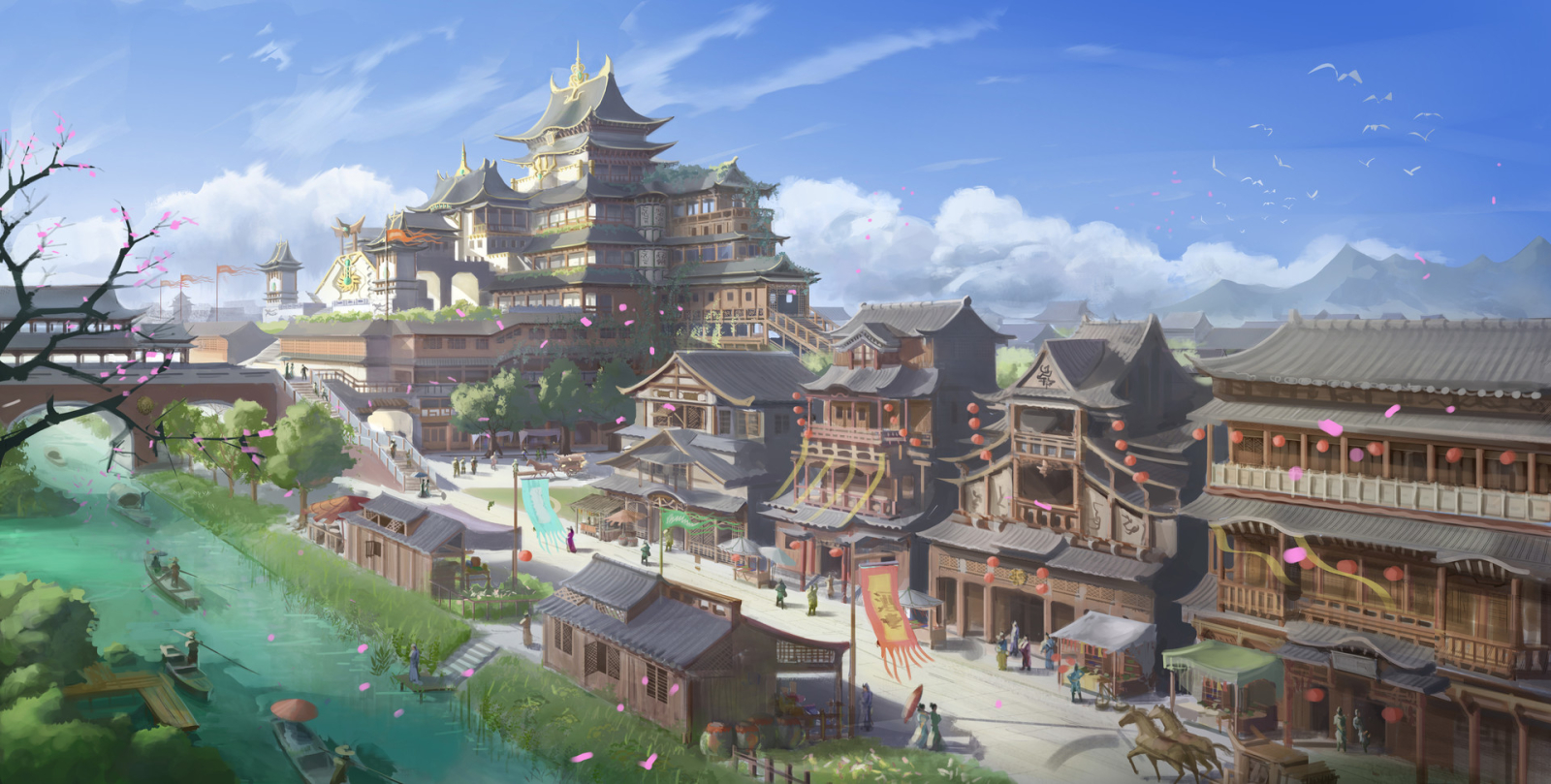 While Ora Anishi, as a whole, is considered to be the land of peace, the sleepy island, or just a place of farming tranquility, Yankone settles as the heart and capital.  Unlike Ashohibara where it trades with the outside world and has a bit more diversity in visitors, Yankone's markets only deal with its citizens, and thus has less exotic goods to offer, such as simple clothes, or a farmer's market where the many laborers can set up shop with their yearly yields.

Predominantly elven, specifically Sasoyan Elves. There are a few other races that have settled but generally do not integrate well into society. Lizardmen are attacked on sight.

Constitutional Monarchy - The Islands under the AIS have their own individual Lords (Also known as daimyo), and the AIS, as a whole, is ruled by a single Emperor/Empress. The Lords answer to this Emperor/Empress.

Ora Anishi's soil and land size lends itself well to farming wheat which grows in full stalks. A portion of the island is dedicated both to rice and fish farming as well.
Type
City
Inhabitant Demonym
Sasoyans or Anishins more specifically
Location under
Ora Anishi
Owning Organization
The AIS (Allied Islands of Sasoya)