Xev is tall, gaunt and sickly looking at 6' tall and 130lbs.

Xev wears bright purple robes with golden trim. He will most often be found wearing a cloak that can magically change it's appearance. When infiltrating, this cloak could be black to camouflage in the dark, or brown to hide amidst commoners.

Xev is the child of Everton Gresham and Syllia Dallana, two smugglers that met off the coast of the Velden Isles. His childhood was quaint and privileged.

Xev was brought into the fold and told about the Shadow Thieves Guild. Alongside his parents, Xev started training in magic and stealth. At the age of fifteen, Xev started running operations for the guild. On one such operation, Xev found a mystical lamp hidden in a powerful Lord's vault. This lamp contained a powerful Efreeti, a hulking fire elemental named Malik Alnaar. Malik would become Xev's patron, unlocking powerful elemental and demonic magics for him in exchange for his soul. 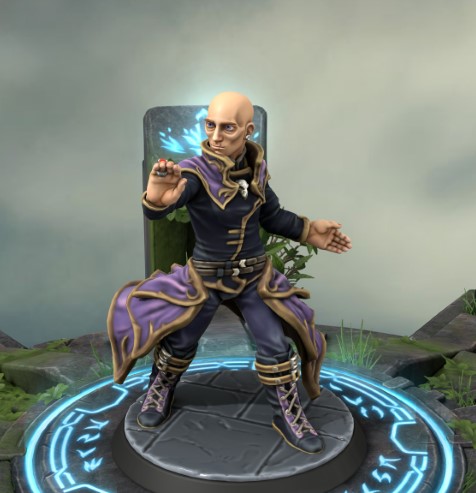