Souls of the dead wandering the world


"I'm telling you, I've seen it. Wailing. Those ghost tales are true."
— a scared Blackbourne guard.


Ghosts and other apparitions have always been a recurring topic in human history. Although a rare event, it is indeed possible that, for whatever reason, a person's soul is held wholly or partially together, resulting in aetherial silhouettes known as Ghosts. These events are often a result of the influence of magic, but stronger spirits may bind themselves to personal items of value, in a process known as soul bonding.

Ghosts are the remains of a dead person's soul, clusters of aether kept together by magic or will, unable to spread and go back to the life-death cycle. As such, they look just like concentrated aether, a multicolored mist, often leaning to the colors related to the elements the person in question favored the most during their life.

That is all that can be described as all ghosts having in common. Depending on the reason behind their deaths and the magical strength of the deceased, the ghosts' form may change wildly. Weaker ghosts, often bound by magic, are amorphous like a cloud, and few can interact with the environment. Stronger ghosts, often those of mages or people with a strong will, have an easier time taking the form they want, such as a humanoid silhouette, and can sometimes even cast magic.

Intelligence in ghosts is another trait with large variations. Weaker ghosts do not hold enough of their strength to retain a modest level of intelligence, and so they are driven by pure will and instinct, seeking to accomplish whatever drives them to be in this state. The stronger ghosts, on the other hand, might even retain full consciousness and intelligence, even able to use Wind magic to speak; though these are much rarer.

With no physical bodies, ghosts interact with the environment around them through magical resonance. Much like other creatures, they can feel the aether around them and use this to "see" the surroundings. Still, this ability is often very weak, rendering the ghost unable to properly distinguish what is what, thus easily confusing people, animals, rocks, fire, and other things and creatures with aether in them.

Ghosts are more often than not a cause of fear. Most people do not understand their reasoning, and even those who do are wise not to assume good intentions. While some religions such as the Church of Tiamat's Light that teach about ghosts, most don't, which leaves the vast majority of people ignorant about their existence, which fruits into fear of the unknown.

It is wise to keep one's distance, though. Stronger ghosts are rare, which means it is likely that the ones seen are weaker ghosts - the ones that are bound by magic, driven by instinct. These ghosts pursue whatever objective bonded them to this state of undeath, often with unrelenting rage and regret. 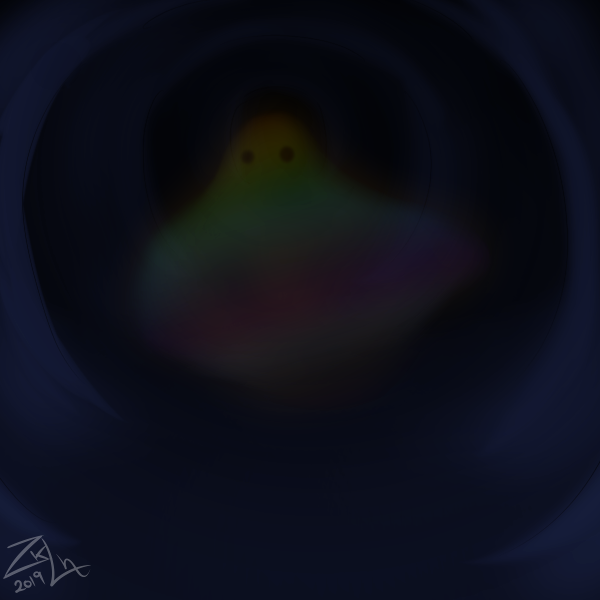 A ghost wandering the Veins

The Workings of Aether & Magic

The foundation of existence

/*The Workings of Aether & Magic*/