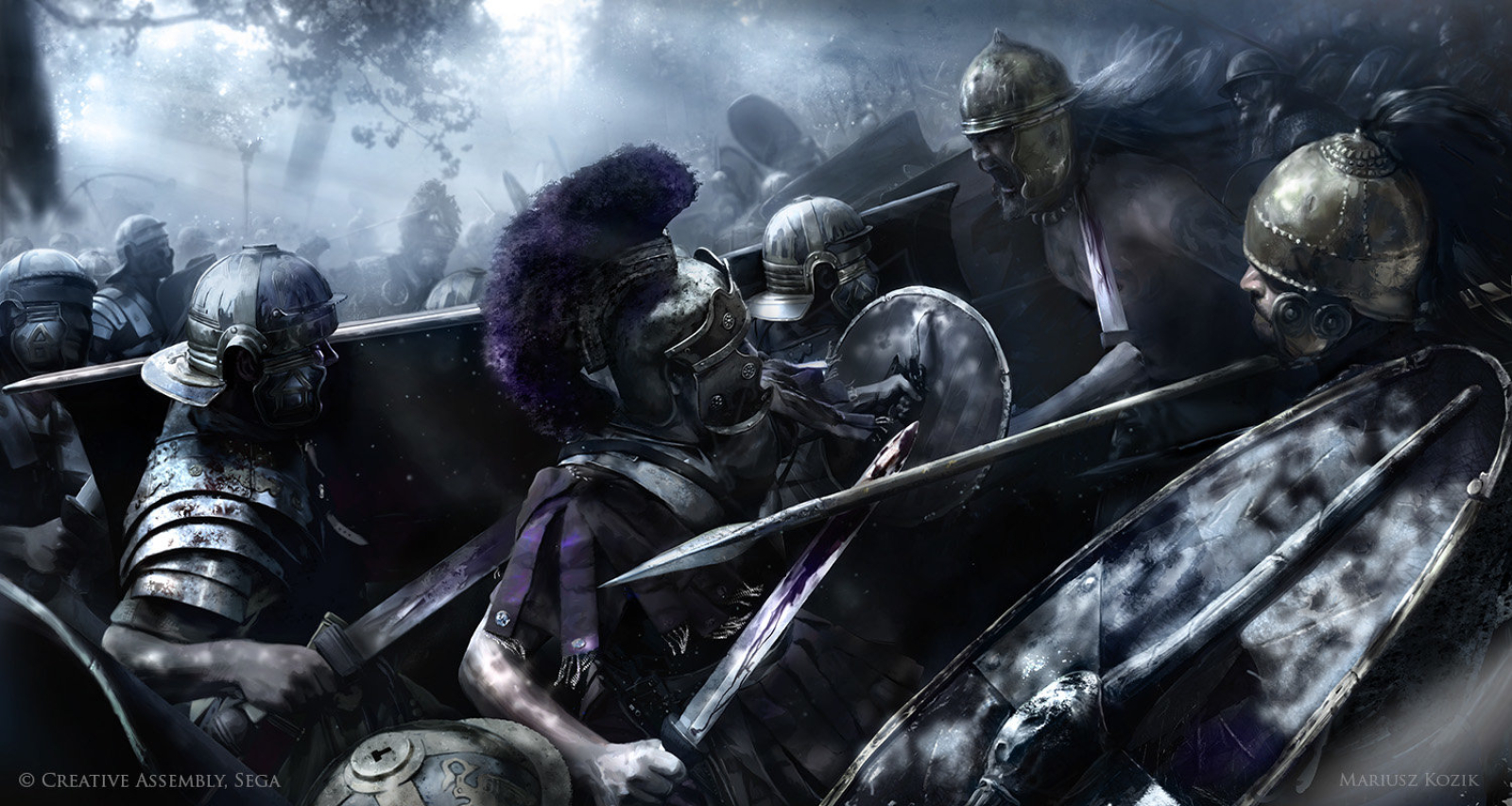 The Beginning of the End - The Diarchy I

There is nothing to be attained with this. No gold. No glory. Oh sure, the people will remember you. But not as heroes or great leaders. They will know you as vultures that tore a dying beast apart.
— Avina Atora, Poet


As the Severan Age nears its end, the Fourth Hegemony is about to face its greatest crisis. The failures of over a century are about to crash down in a tidal wave that will drown the old order and sweep the continent into the Modern Age. A time of civil war and invasion, the age of the Diarchy, has begun.


With both the Dance on Tyanis Wound and Year of the Three Emperors concluded, it seemed like Vardania might finally recover from three decades of war. But the peace of 3017 was a poisoned one, born out of a desperate treaty that recklessly carved apart an Empire and its army, laying the groundwork for further civil war.
The East

It did not help that one half of the realm was decidedly more attractive than the other. Eastern Vardania not only boasted a population twice as large, but it also contained some of the most fertile lands on the Divide in the Reach. An expansive net of cities eased trade and administration, and the Eastern Army was, while damaged from the Year of Three Emperors, still the strongest on the continent. The threat of Severan resurgence in form of the Southern and Heronian Armies remained, however, and Leontinian, the man now in control of this land, was never to feel safe for as long as he lived.
The West

By contrast, the West was in a far worse position. Centuries of war and Vitrian rule had seen large swaths of land decay, thin bands of cities separated by what was essentially empty grassland prowled by nomadic tribes. While Gratian II., the legitimate Emperor, could be assured of the loyalty of the Western Army under his close friend and mentor Theodosius Amares, he faced many enemies both inside the realm and out. His forces were overstretched, and Gratian had to carefully manage a realm rife with ethnic tension, corruption and under the looming threat of bankruptcy.
Barbarians at the Gates 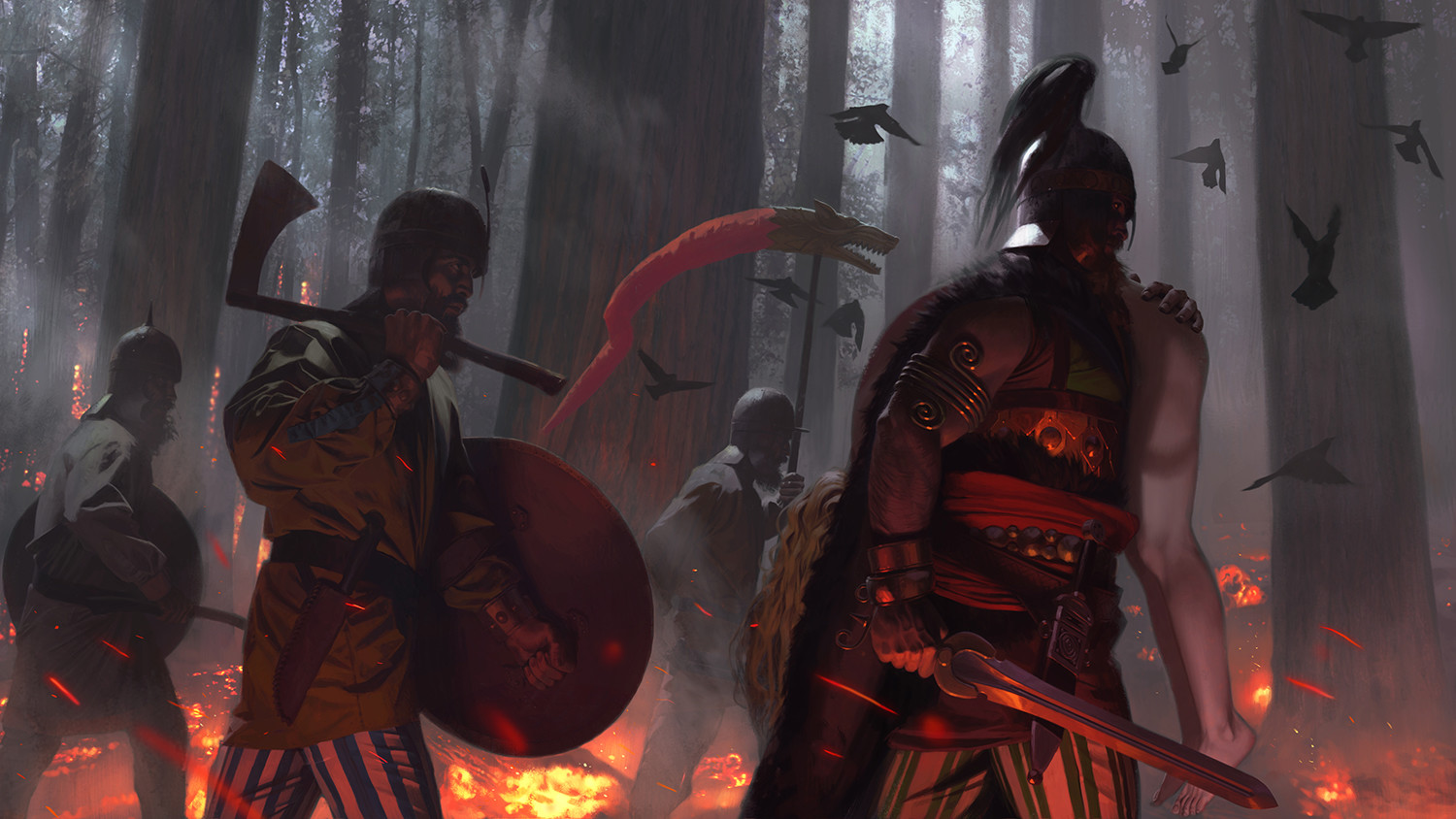 by Joseph Meehan
While the south was occupied in civil war, the Northern March, Vardania's old bulwark against the unknown, was slowly crumbling after a century of neglect. Pressure from the north increased as the warming climate caused a population explosion among the tribes there. Good land was fiercely fought over, and the losers of those confrontations often turned south in search of a better life.   Northerners being invited into the Empire as workers, traders or warriors, was nothing new. What changed was the scale. Barbarian need for land combined with Imperial need for manpower to create a system that would have devastating consequences in the future. Beginning in the 3010s, Nauretani began to enter the Hegemony in ever-growing numbers.

Perhaps the most fatal aspect of the Hegemony's situation in 3017 was the fact that it had lost control of its military. The army, split into four distinct Army Commands under the early Severans, had once been a major pillar of royal power, strong but in balance. Now it was the dominant factor within the Hegemony.   From the bureaucracy to the economy, every aspect was now tuned toward supporting the ceaseless needs of a war machine that increasingly found itself occupied by inter-imperial struggles. The Emperors could do little but acquiesce as their fate was now determined by military strongmen and bound to annual raises of pay. 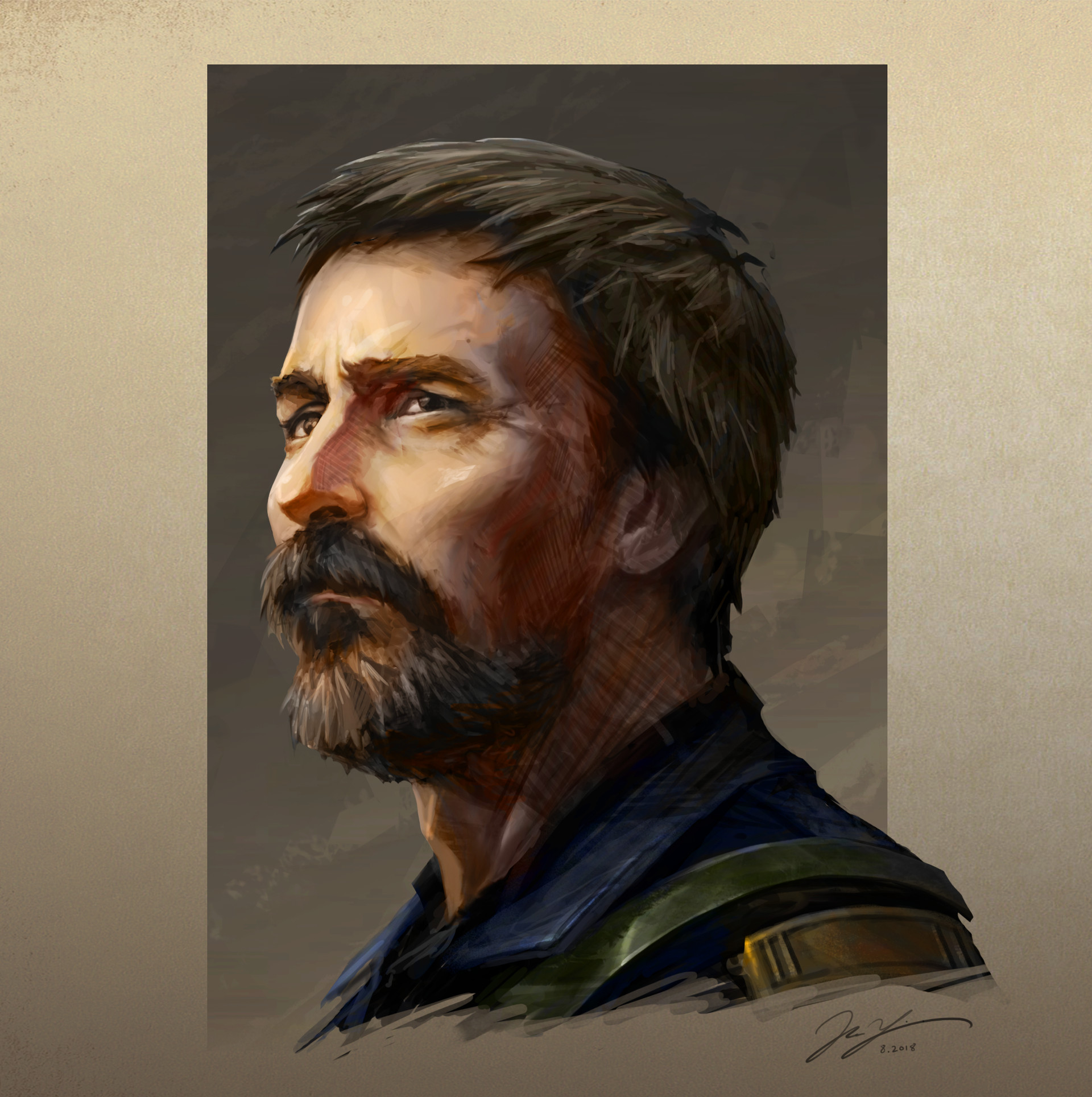 by Jue 'Leo' Li
The first Diarchy was born out of the previous civil war. Gratian II., legitimate Emperor of the Severan Dynasty, had ceded the east to the usurper Leontinian for peace and support. While he was nominally the "Senior Emperor", Gratian knew that his colleague was only waiting for another moment to strike.   Trying to stabilize the exhausted realm occupied the majority of his reign. Gratian was unable to respond to the deaths of Leontinian in 3021 and his son Leon in 3029, begrudgingly having to accept the succession of multiple eastern Emperors.   The last of these, Leontinian's grandson Leonides, attempted to depose Gratian in 3030 DA. In the ensuing civil war, Gratian was killed, leaving the throne to his son Arcadianus who in turn managed to kill Leonides but fell victim to an assassin in 3034 DA. His death not only saw the main branch of the Severan Dynasty go extinct but left the Hegemony without a leader.   Barbarians Unleashed   Arcadianus' death could not have come at a worse time. The Severan, in dire need of forces, to fight off the Eastern Army with, had called the barbaric Veratani from beyond the Northern March. While successful, they were deemed too great a burden by the Western Government, which halted any further payment following Arcadianus' death. This pushed the Veratani into open rebellion, and they began to raid across northwestern Vardania.


If my father had one fault, it is that he felt duty-bound to bear the weight of all Vardania on his shoulders alone. No man can endure such a burden, and yet my father managed to for over a decade!
— Arcadianus, Last Severan Emperor

by Mariusz Kozik
Leontinian the Arrogant
Although infamous among later historians for his role in the creation of the Diarchy, Leontinian is one of those figures in history that get more fame than they reasonably deserve. Emerging from the minor nobility that began to come to the forefront of military and administrative matters during the Severan Era, Leontinian would have gone through much the same circuit as many of his countrymen, starting as a minor officer before moving up the ranks.   He seems to have been rather unremarkable, but good enough to gain the title of Legatus Imperii at Oriente in 3005 DA. From this angle, he launched his rebellion against the Severans, eventually being elevated to the position of Eastern Emperor. His reign from 3017 to 3021 DA seems to have been similarly unremarkable, Leontinian's greatest achievement being the successful establishment of his son as heir.


This is no longer an Empire with an Army. It is an Army with an Empire.
— Unknown

Ethnic Tension
One major aspect of Vardania's decline in the 31st Century is that of ethnic conflict. Not just between the larger groups but also within them. Division between northern and southern Vardanians especially seems to have increased around that time. A combination of scientific advances, political division and migration seem to have caused outright hostility, as well as the attempt to establish hierarchical structures to determine who was of purer Vardanian stock. 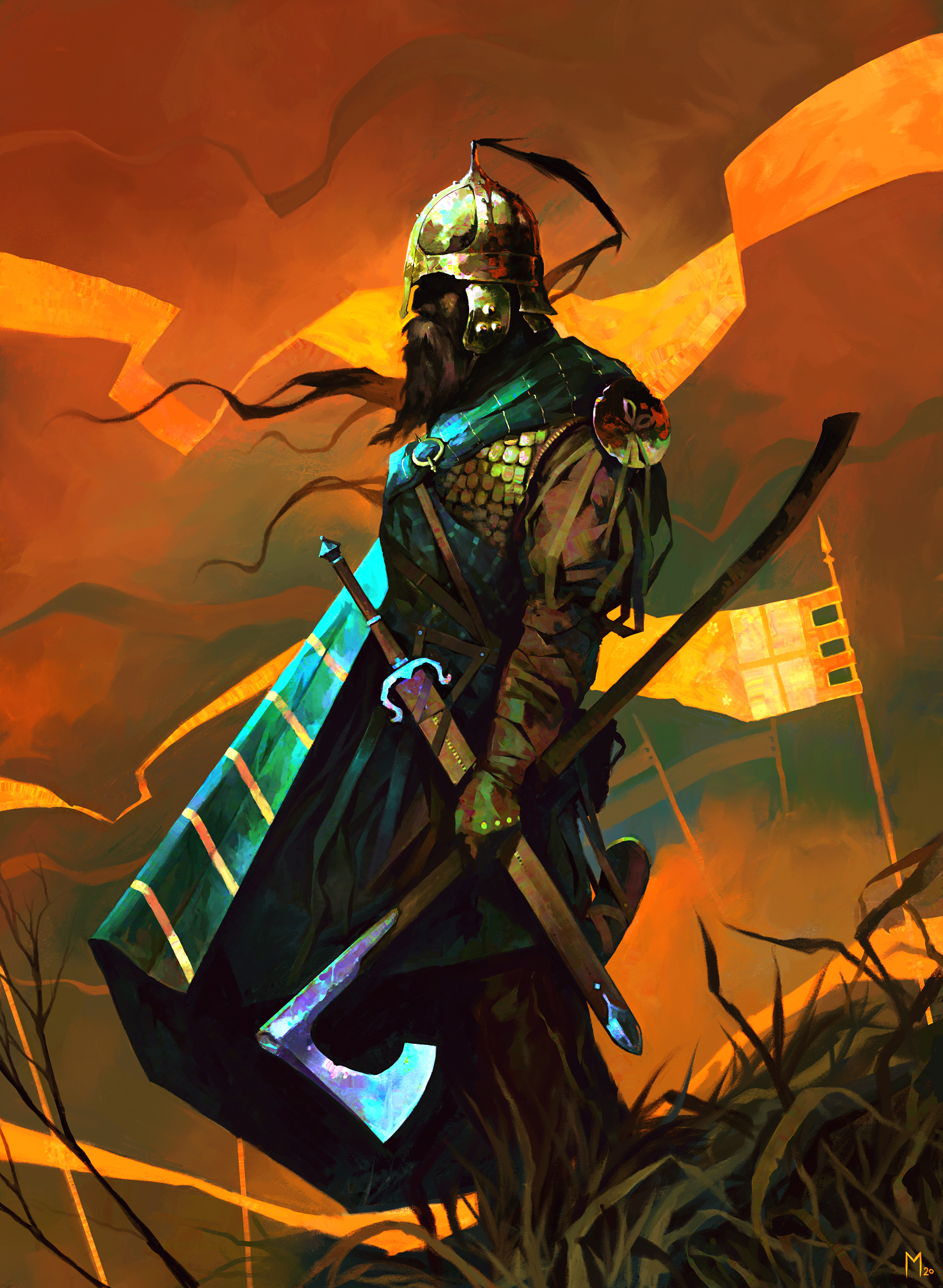 Remove these ads. Join the Worldbuilders Guild
The Gathering Storm - Year of the Three Emperors
Fresh from the Forge
Ceaseless Conflict - The Diarchy II