Nauretani - Vanguard of the North

Beware those seeking a better life. For the price they are after is so great that no force in this world can halt them.
— Lucius Vengallen, Primarch of the 2nd Hegemony


Vardania is no stranger to migration. Its very history is shaped by wave after wave after wave of outsiders coming to settle in greener pastures. The Nauretani are one of the more obscure ones, content to play in the quagmire that was 31st-century imperial politics. In that sense, they helped destabilize the Fourth Hegemony and paved the way for a vastly more destructive invasion.


Missive on the Classification of Ethnicities V.I - Senior Archivar Gallus Veridian   "A Nauretani or "Northern Man" is quite simply anyone that has come from beyond the Northern March between 2936 DA, when Maria the Red invited the Odiscari south, and 3064 DA, when Honorian I. stabilized the March again and has done so within the framework of the imperial administration."
Odiscari

Well known to the Hegemony since at least the 2800s, the Odiscari have long served as middlemen between Vardania and the tribes further north. Famed for their use of scythes and bows, the Odiscari had helped stave off attacks on the March several times before Maria Severa hired them for her war in 2936. Thereafter, the Hegemony rewarded them with land in Iania.
Veratani

By far the largest tribe among the Nauretani, the Veratani had a long history of conflict with the Hegemony, when Emperor Arcadianus invited them to serve as his soldiers in 3033 DA. Travelling and fighting in great wagons, the Nauretani were notoriously hard to grasp in war, a fact that would give imperial commanders great difficulties over the decades.
Thoromungi

Few individual tribes manage to evoke quite as strong an emotion among Vardanians as the Thoromungi. Hardy and fearsome even by northern standards, they dominated imperial politics for over half a decade, faithfully serving the Emperor on one day while scorching his provinces on the next. Few have balanced loyalty and treachery quite so effectively.
Halani, Alathiri and Gedaringi   Last to arrive was an alliance of three tribes that had been pushed out of the North by a new wave from the Outer Lands. Entering the Hegemony in the winter of 3063 DA, they found a realm too occupied with itself to really care about them. And once that had changed, the coalition was too entrenched to simply remove. In time, they too became embroiled in the maelstrom of diplomacy and conflict that marked Vardania in the 31st Century.


A People of many Faces 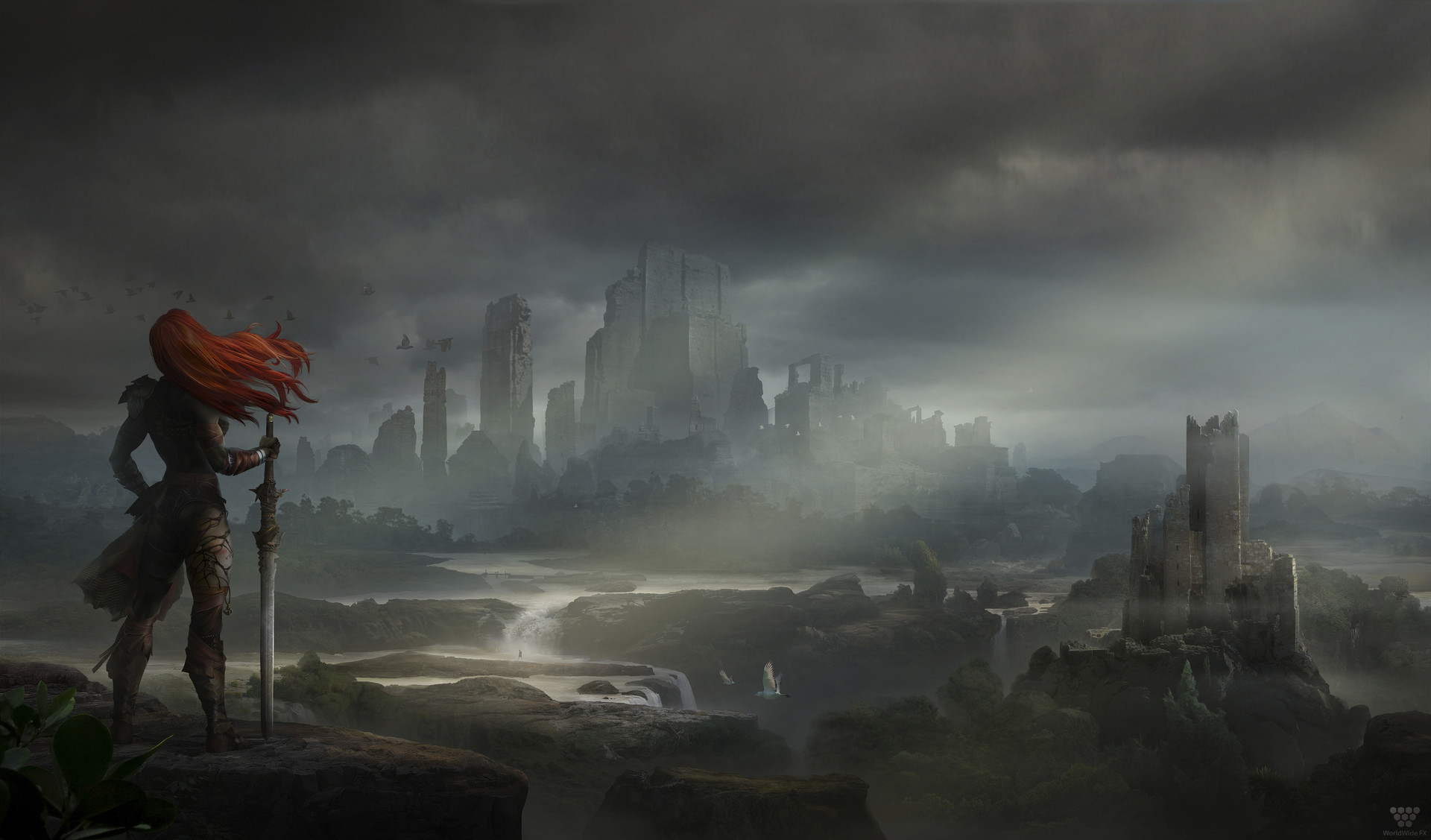 by Galin Yordanov
Many people mistake the Nauretani for a single tribe or ethnicity, when in truth, they are a group of, at times, vastly differing entities put into their category due to their connection to the Hegemony. Each of them had been in contact with Vardania decades before they made their journey south. Through trade and diplomacy, these people had become known entities to the Empire, which is why hiring them as soldiers was even considered.   True to the adage that the enemy you know is better than the one you don't, the Hegemony was confident in its ability to quickly resolve any arising issue. It helped that the Nauretani had become increasingly influenced by Vardanian culture, even adopting the Imperial Tongue as their main language for trade and diplomacy. However, this familiarity went both ways, making it much easier for the Northerners to use and abuse imperial institutions.   Place of origin and Vardanian influence aside, there is not much the Nauretani have in common with one another. Some, like Halani and Odiscari, are the extremes of matriarchy and patriarchy respectively, while the Thoromungi are much closer to the egalitarianism of the Vardanians. The Alathiri are a society based on slavery, while the Veratani abhor it. Odiscari follow the will of a single Moon Goddess, Halani worship an entire realm of deities, Thoromungi see the world in an eternal struggle between fire and ice...The list is endless.

And yet, the Nauretani are more than just a category invented by the Hegemony. Despite arriving at vastly different times, the five tribes have shared much of the past 300 years in both peace and war, even referring to themselves as a larger Nauretani group. There are two main reasons for this:
A Hostile Empire

First was ironically the Hegemony itself. The quick succession of governments, and general instability that civil war always brings, meant that the Empire's stance toward the Nauretani could change from friendship to hostility within a day. Other tribes caught in a similar situation simply proved the most reliable partner around. In alliance, the Nauretani could also use their military strength far more effectively to counter imperial hostility or pressure the state for concessions.
A New Wave from the North

The desire of the Nauretani to move south was in part caused by pressure from further north. There, a new barbarian force, one much more alien and powerful than the Nauretani themselves, was gathering. When that force followed them into Vardania, the Nauretani, once again, sought strength in numbers. Fighting for the Empire, an at times unpleasant but vastly preferable overlord, the Nauretani would finally become a full-on part of the Vardanian order and people.
Almost four centuries after they started entering the Hegemony, the Nauretani are as normal a part of Vardania as the Ferans or Vitrians. And while they no longer have quite the same influence as they did in the 31st Century, there is little doubt that their warriors retain the very same ferocity that made and unmade Emperors.


North or South is the choice we have to make. And I see only one direction that gives us the chance to live, to build a future.
— Asina, Queen of the Halani

by Robbie McSweeney
Barbarian Armies
Imperial titles and offices were one of the main goals of Nauretani leaders. The Hegemony, even in decline, remained the greatest state in Vardania and serving it in some capacity brought prestige and influence among the northern tribes.   As the Hegemony's military continued to weaken itself in devastating civil wars, northern manpower began to be an increasingly important factor. By 3073 DA, there were six "Barbarian Armies" within the Empire, with many more Nauretani regiments serving in the Imperial Field Armies.   Barbarians and Vardanians with barbarian heritage could be increasingly found among the highest echelons of the imperial command structure. A development that would reach its apex in the 3090s and early 3100s, when multiple people of barbarian origin served as magister militum and effective regents of the Hegemony.


Quite the people, these Vardanians. All this blood wasted, just so their armies aren't led by a "Barbarian".
— Euric II.

New Homeland
The way the Nauretani lived inside the Empire's borders followed a certain duality. Barbarian armies were largely supplied by their own tribes, which meant that they usually stayed close to them when on campaign. Northerners would settle for years in one region, as long as the army was deployed there, only to pack things up and move across the continent when the Emperor or his generals decided that they were better used elsewhere. As a result, the Nauretani always stayed close together and it was and is rare to find people of that heritage far outside their main settlement areas.
Ritual Wagons
One hallmark of Nauretani culture are the ritual wagons, mobile temples that contain the sacred relics and scriptures of their faiths. Their purpose is more akin to a storage room rather than a full-on temple, however. Priests will use them as staging areas for greater ceremonies or chambers of divination and meditation, all to ponder the true intent of the gods. Over the decades, aspects of the various Nauretani faiths have mixed and knowledgeable enough can often spot these occasions of syncretism when visiting one of their temples. 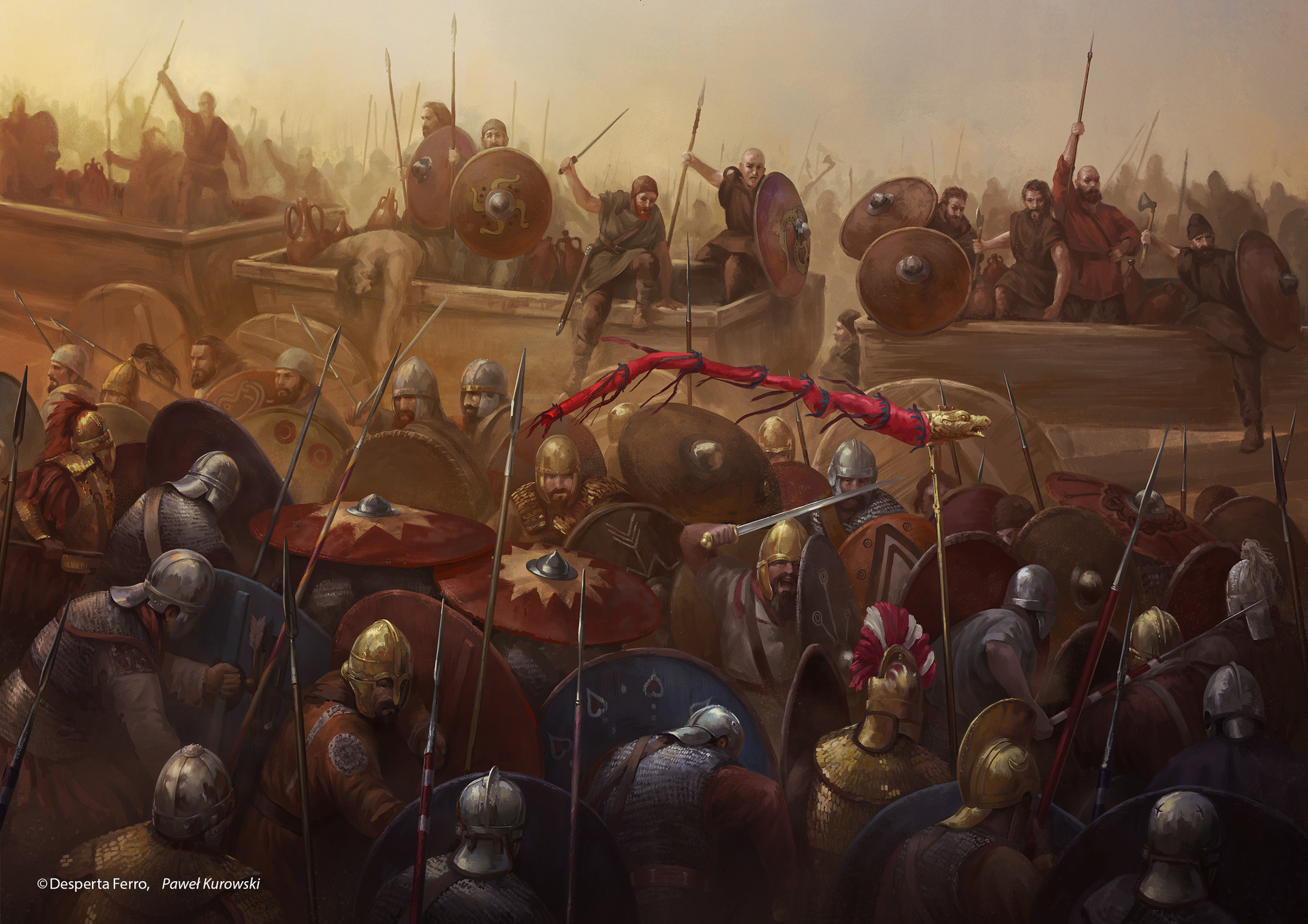 Remove these ads. Join the Worldbuilders Guild
Boreani - Men of the Far North Dude, you are truly AMAZING. Your work is much MUCH better than most of the stuff I found on world anvil. Your way of writing and depth of characters, distinctly inspired by g r.r. martin's similar approach is vivid and at times extremely magnificent. I live in Pakistan so I haven't learned much of the Roman empire where I'm from but I devour academic books on the humanities and so I have learned a fair bit about it, as well as video series on Hannibal's campaign if that helps , but I do see the detail and sheer creativity of your use of inspiration. It really is extraordinary and amazing, most world builders don't seem to add the effects of depths and profundity that you bring to your work, which I don't know why since that is what mostly makes writers like Tolkien and Martin extremely awesome. I just binge-read your article series on the second tarquinnian hegemony and it so cool that I can just describe it as *chef's kiss*. You do have a bit spelling error here and there, but that is understandable considering you do this all alone and as a journeyman, by the way, you being a journeyman has really inspired me as a freeman that you don't need that big of a subscription or even any subscription and become a sage or grandmaster of the inner something something to be a really good world builder. I really loved seron the red as a character, and that story article you wrote on him. I can relate a lot to him,other than the killing of millions and my own family of course, as well as ruling an empire ,but personality mostly. I do wish, if you can fulfill my request, that can you write an article on the languages and the linguistics field in your world, as well as a table or something in pronunciation, cause how on Earth do you pronounce metachares and don't even get me started votarian Valerian the vitrian, too many v's for my mouth, though the name is really cool. I also wanted to ask do you play DND or any other rpg using this world, and if so, can you give a small overview of how you use it. I really wanted to write this comment since I think you are SERIOUSLY underappreciated of the level of amazing work you have done and I for one think, it is extremely grand.