Reign of Seron the Red

Let them call me tyrant or monster all they want. Peace, order and food will close their mouths in due time.
— Seron Valerian

Over a decade has passed since Empress Miera crowned her son and sparked the War of the Seven Princes. Both the Hegemony and the ruling family have suffered greatly during it and it is with great fear and anticipation that the worn-out survivors look toward the reign of the last and most brutal of the Seven Princes.

To say that the war devastated the world would be a massive understatement. Fourteen years of all-out civil war had ruined the realm in pretty much every aspect. While the economic damage can only be guessed, the vague numbers still enough to make many an economist faint, there is enough data to determine the human cost. Based on the censi taken directly before and after the war, we can estimate that the Prince's War resulted in the death of up to 18 Million people through war, famine and plague. Vast areas of farmland had been scorched, hundreds of villages and towns now reduced to ruins. Tens of thousands of people were displaced, and large parts of the colonies were still in open rebellion. Seron truly had his work cut out for him. 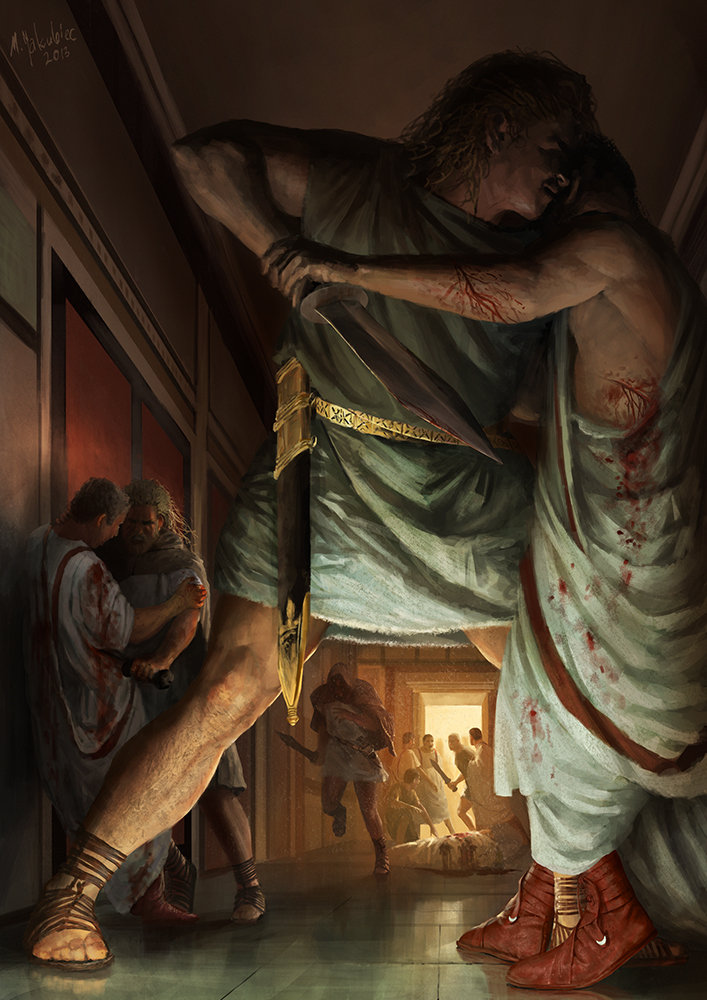 by Miłek Jakubiec
Following the Battle of Auriga, Seron turned his attention onto the various rebels and warlords that remained throughout the Empire. By mid-2224, he had brought Vardania back under his control and within two years also pacified the colonies. The speed at which he accomplished this is unsurprising as the pacification of the colonies had already begun several years earlier under the Triumvirat. Not all rebel cells could be destroyed completely, but by late 2226 all major opposition to the new ruler had ceased. With the realm at peace, Seron could actually focus on rebuilding efforts.   His main problem was the total collapse of the economy during the war, runaway inflation making the old Denari almost worthless. Seron responded with wide-ranging reforms, replacing the old Denari with a new silver coin, the Caestis, establishing price controls and ending any and all tax exemptions previously granted to provinces and nobles. The Hegemony's provinces were redrawn and the administration centralized. Large scale reconstruction projects were commissioned and the Labour Corps swelled with previously displaced workers. 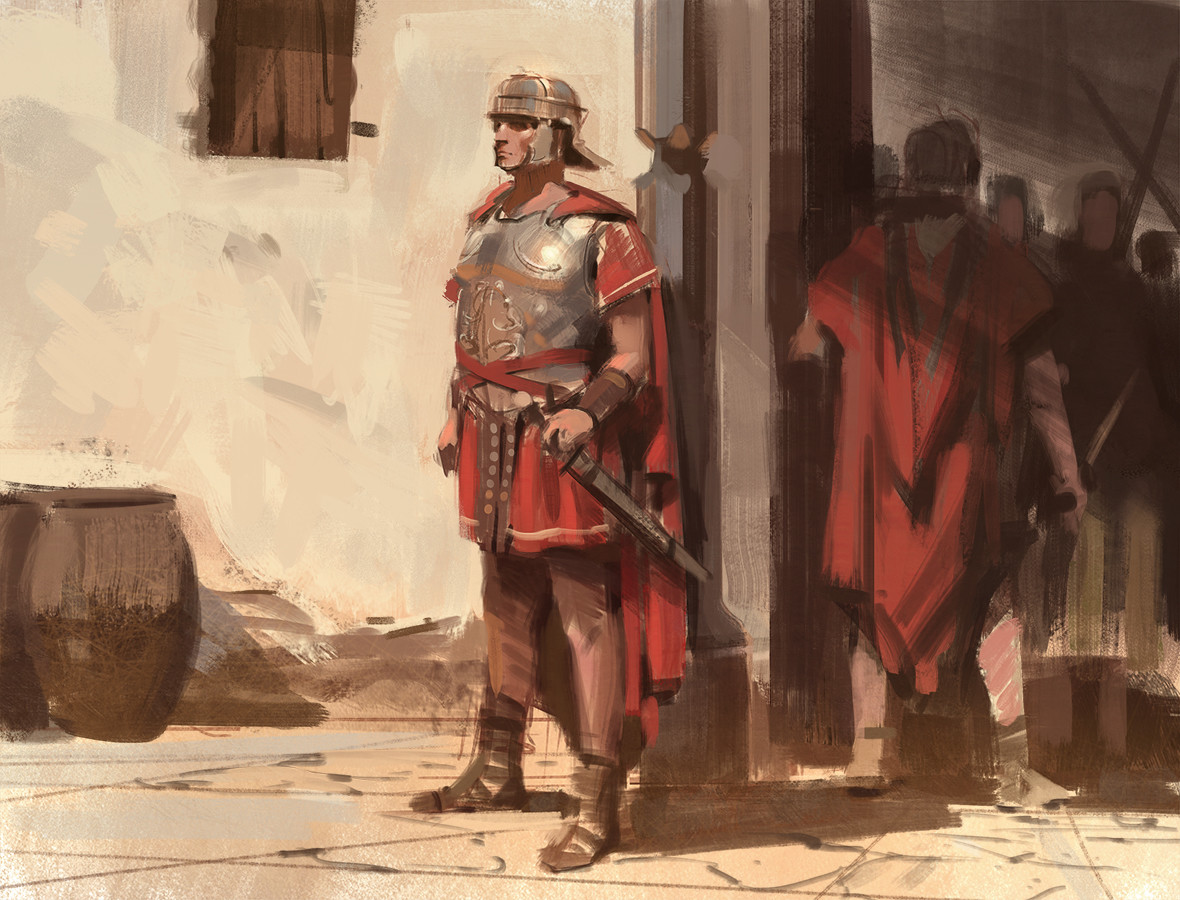 by Nick Gindraux
Both bureaucracy and army were reduced in size, recruitment and examination reformed to halt the previously rampant nepotism and corruption. Seron abolished the office of Prince and cut the Imperial Guard to a tenth of its pre-war size. Vardanian law became a lot harsher under him, capital punishment being introduced for many lesser crimes such as price-speculation. Laws governing foreign faiths and cultural practices grew vastly sharper as well, and at least three large scale persecutions are attested to.

End of a Titan

While these reforms caused the relative stabilization of the Hegemony during this decade, they were unable to solve the realm's underlying problems. The rot had long since taken hold at the very core of the Empire and Seron would have had to burn it to the ground to affect long-lasting change.
Wrath of the Conquered

Even worse was the militarization of the Vitrian and Atheryan minorities within the Empire. Several Princes had used them extensively as soldiers during the war. And when Seron shrunk the army, many were able to slip out of his grasp and keep their weapons. Coupled with the severe depopulation in many areas, this effectively caused large swaths of western Vardania to fall fully under their control. A similar situation developed in the colonies, where the army had been unable to completely uproot the separatist networks that had grown during the war. Vardanians had been the majority of the casualties. The balance of power shifted in favour of the conquered people. The Hegemony had become a powderkeg.
Ambition of the Greedy

Seron might have been able to deal with these rising threats, had he not been forced to divide his attention. His harsh stance on nepotism, among other things, made him few friends among the upper classes. It didn't help that the war had caused a shift in how people tried to acquire power. Assassinations and blatant coups had become common, and Seron was forced to carefully monitor his generals for any sign of imperial aspiration. Seron, however, was not one to tolerate such behaviour. Purges became increasingly his tool to punish the "Hegemony's Parasites" as he began to call them. A special military unit, essentially a secret police, began to carry out his will. Large scale arrests and executions became a normal sight.
It became increasingly clear that the Second Tarquinnian Hegemony was held together solely be Seron's will. Or rather the fear he spread. Already infamous during the war, his actions and conduct made him a spectre in the eyes of the people. His mere name was enough to silence entire crowds and thought of the potential punishment dealt by him prevented many a rebel or kleptocrat from taking more severe actions. The will of one man was keeping this ancient realm afloat, all the while his actions made its downfall inevitable. But Seron was trapped in a vicious cycle, reform and benevolent rule simply not possible with a realm as decayed as the Hegemony and harsh action and draconian punishment causing growing resentment and fertile ground for rebellion and war.   Seron had become well aware of this fact by the end of his reign. It is telling that he knew of the coup his Warmaster was preparing, but made no attempt to stop it. Instead, he moved the entire state treasury, Imperial armoury and library to the city of Moira in southeastern Vardania, where they would remain in the hands of his granddaughter and heir Hera Valerian. In one last strike Seron had crippled the would-be Emperors reign. And after eighteen years of rule, at fifty-two years of age, Seron the Red Valerian, Last of the Seven Princes, died peacefully in his sleep. The 9th of Martis 2242 DA would forever live on as the final day of the Second Hegemony.

I always wonder if others would have managed to rule as long. Ability aside a ruler needs a certain ruthlessness to keep their realm in line. Even more so when the realm is threatened and weak. In a way, Seron was perhaps the best ruler for the monster that was the Second Hegemony toward its end.
— "Fall of an Empire" by Darius Kaseidis 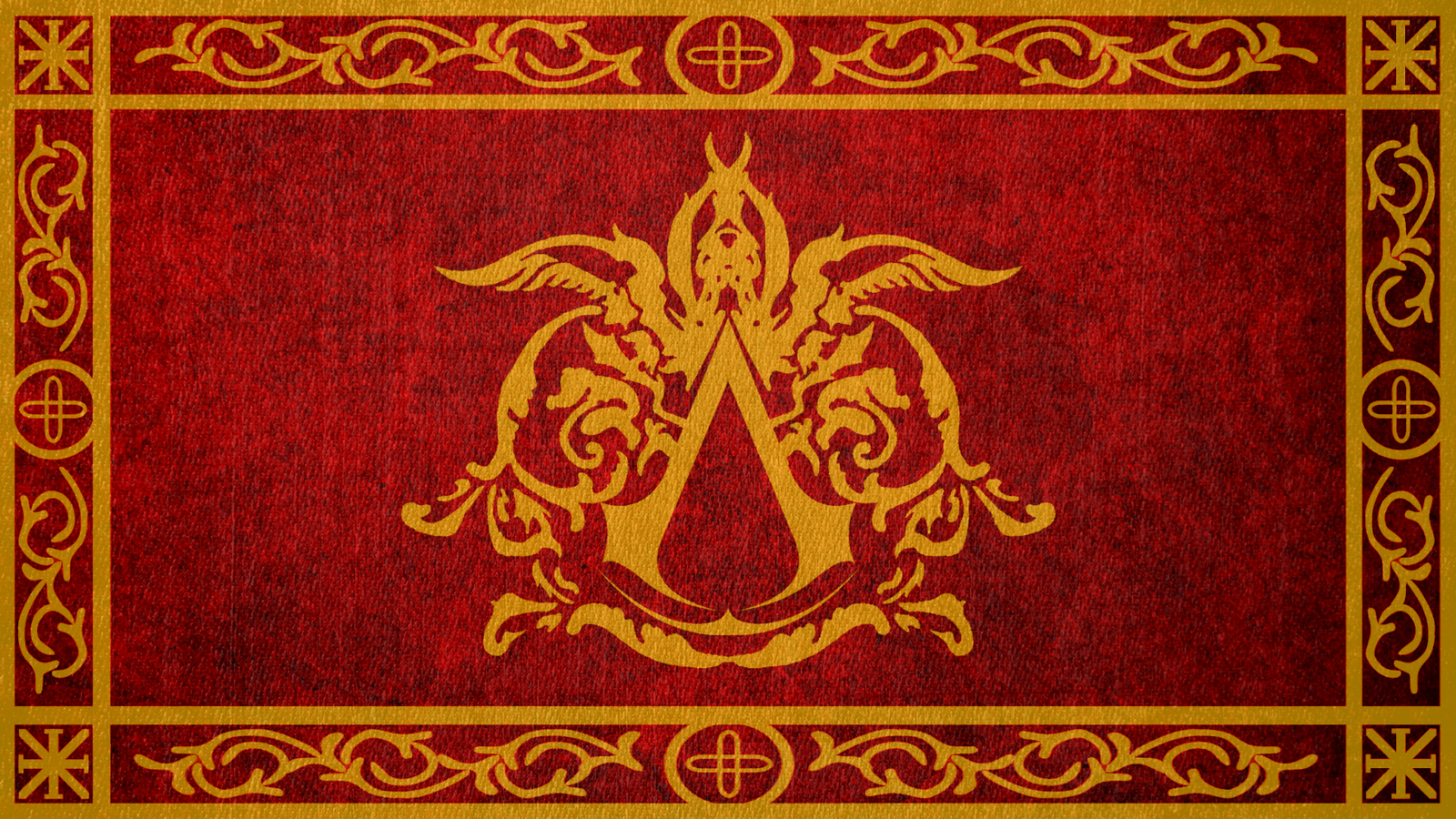 One Empire Under Heaven. 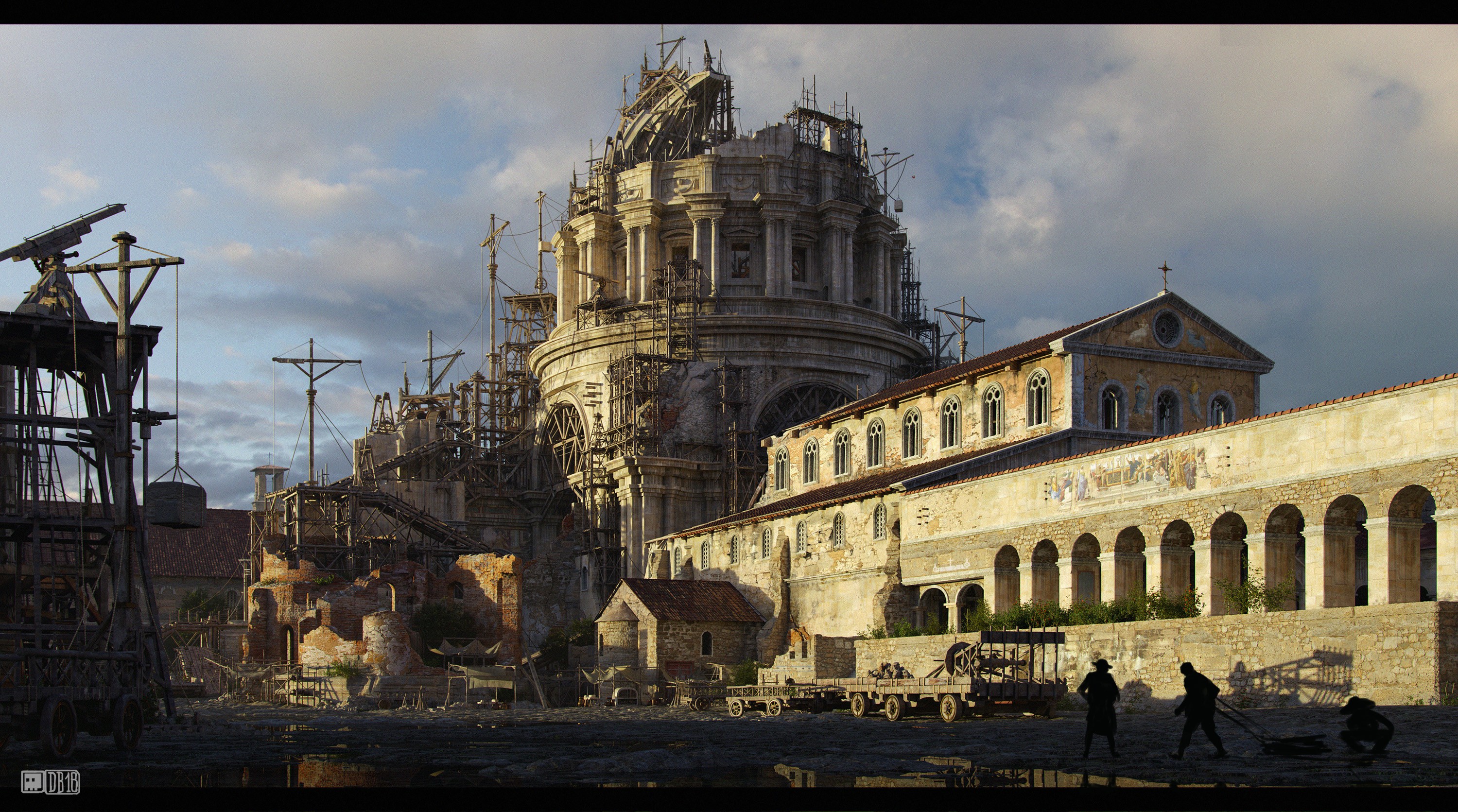 by Daniel Bayona
Final Warning   Often overshadowed by later conflicts, the Amidian War was the last and most severe warning sign to all those still believing the hegemony to be unassailable. It started as a minor riot in western Ikara Province but escalated into an all-out rebellion due to the incompetence and corruption of the regional governors.   At its height, the rebels controlled most of Vardania's western coast and fielded over 200.000 soldiers. Then Emperor Seron took the field. Within three months, the rebellion had been crushed, its main host destroyed in the Battle of Galea. Any surviving rebels were deported into the frozen north.   A Line Reduced   Seron Valerian's personal life is less focussed on than his political actions, partially due to it being in stark contrast to the picture of a vicious monster, modern historians like to paint. His marriage to Julia Gea, daughter of a minor noble, was by all accounts happy and loving. In 2207 DA, she bore him a son, whom they named Lucius. His happiness did not last as Julia died from a severe flu in 2209 and a grief-stricken Seron would never take another wife.   Tragedy struck again when his son died after falling from his horse in 2227 DA, leaving Lucius' bastard daughter, named Hera Valerian, as Seron's last living relative. 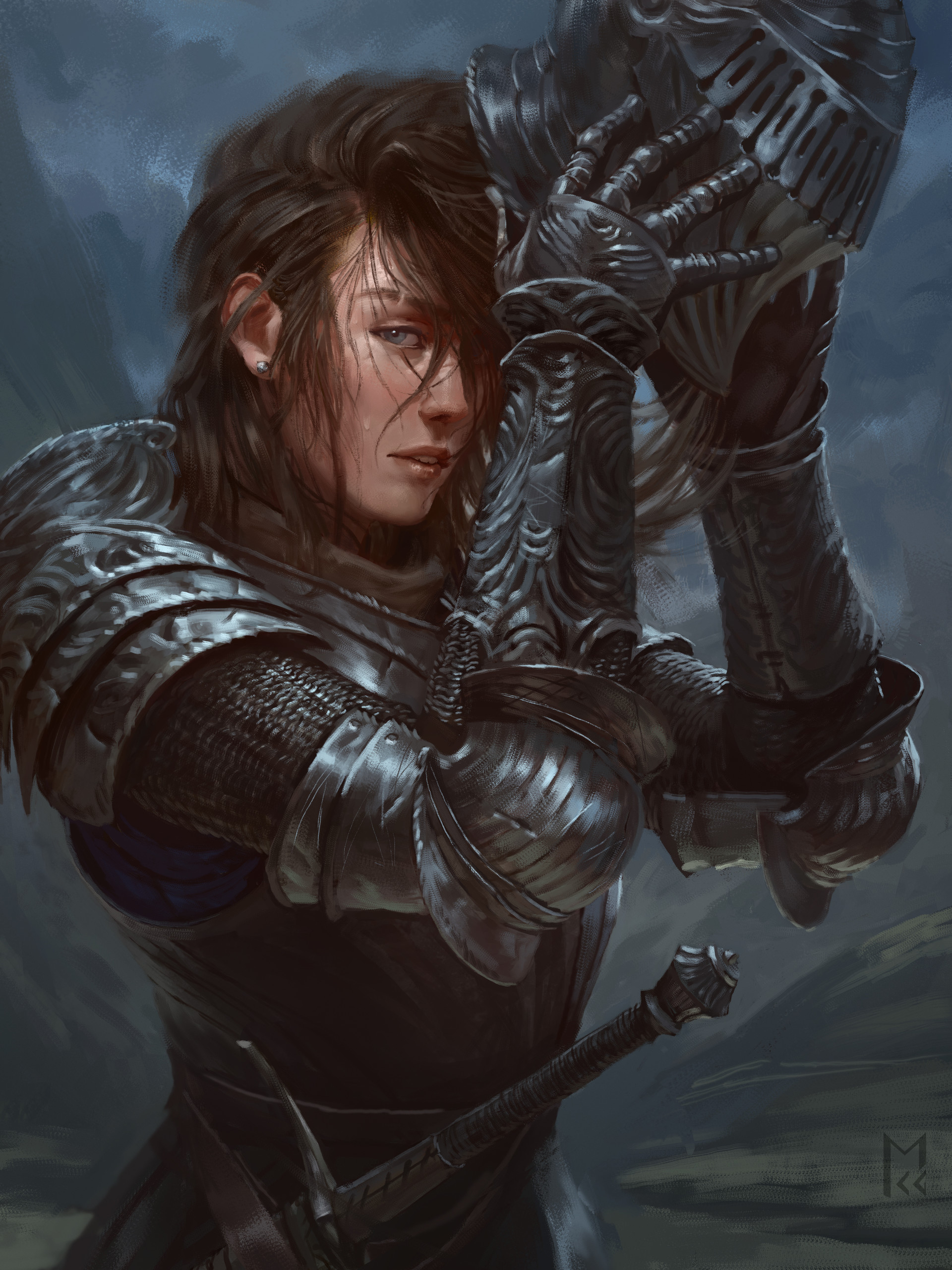 It's tragic that Seron is viewed by historians as a monster. Yes, he condoned capital punishment for minor crimes, but everything he did was just a way he saw to keep the ground from crumbling beneath him and his subjects' feet. My family is fond of saying that any government is sufficient to govern a righteous people, and no government is sufficient to govern a wicked people. At least Seron believed what he did could help the people he was supposed to rule, rather than him being a tyrant who only thought of himself.