Final Fall of the Second Hegemony

Largest realm the world had ever seen. Ruler of all known lands under the heavens. And it all collapsed within the span of a year.
— Antonia Verda

Seron "the Red" Valerian, Last of the Seven Princes and ruler of the known world, is dead. Twenty long years his iron fist has kept the crumbling giant that is the Second Tarquinnian Hegemony together. But the iron fist now lies limp and lifeless, and the forces it once vanquished have not been crushed. In the shadows they have licked their wounds and grown in strength once again. All around the world, whispers of rebellion grow louder and a thousand, tiny vicious mouths prepare for the feast.

Seron's body had not even cooled fully when his Warmaster, Majorian "the Lesser", eancted his long planned coup. But as his Legion marched into the New Imperial Palace, they only found empty corridors, chambers and halls. No riches or documents could be found and Majorian, who crowned himself Emperor by throwing Seron's body from the throne, now found himself lord of a nation without treasury or administration. Soon this proved to be the least of his problems. 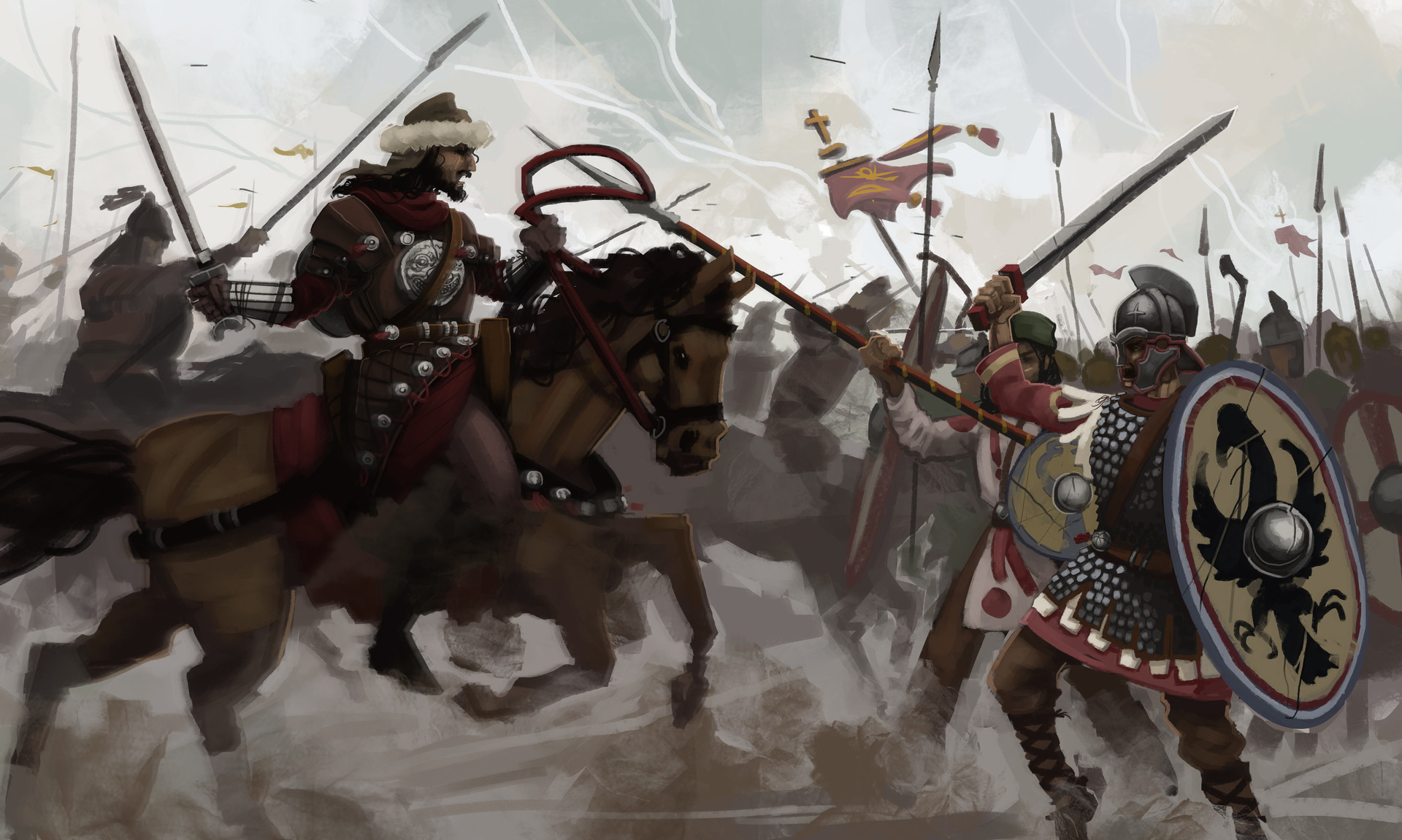 by Arvid Hjorth
Despite Majorian's best attempts to keep Seron's death a secret, word managed to slip out. With unmatched speed and force, the news flooded across the world, but for over a week, people would not believe that the Red Emperor had perished. The respect and fear he had commanded was still anchored within their bones. Nine days after Seron had perished, western Vardania went up in flames. The Vitrians had long hoped and prepared for this day, and when they rose, they did so with such force that they swept both garrisons and Legions away.

As the World Breaks Apart

Within a month, nearly all lands around the Divide had erupted into open rebellion. Speed and ferocity of which easily matched that of the rebellions which had broken out during the War of the Seven Princes. Unlike thirty years earlier, however, the Imperial Army they faced was but a shadow of its former self.
Chaos out West

Scetia in the west descended into anarchy as hundreds of tribes and cities began to reassert their independence. The situation had become untenable and Majorian, beset on all sides in Vardania, recalled all colonial forces on the 4th of Mais. With their common enemy now retreating, old tribal rivalries and ancient grudges began to resurface. Factions begun to vie for power and land, fighting one another as fiercly as they did the withdrawing Vardanians. Some of those, on the other hand, ignored Majorian's orders, roaming the land to plunder, rape and kill as they pleased. In time, they would even attempt to carve themselves realms out west.
Peaceful Retreat

In stark contrast to both Scetia and Vardania, Anidara saw a largely peaceful withdrawal of the Hegemony. General Gissius, overall commander of all forces in the south, knew that he could never attempt to hold his position with the meager forces he had. Gathering his soldiers, he departed Anidara two weeks after Majorian had recalled all forces. He handed the colonies back to the Anidarans in exchange for safe passing. Two months after Seron's death, Anidara was free of Imperial soldiers. To this day, Gissius is an honored figure in Anidara, as his orderly transition of power ensured that Anidara was spared the same chaos that consumed Scetia and Vardania.


Dawn of A New Age

by Anastasia Fedoseeva
Majorian meanwhile saw his reign crumble. Across Vardania people were in uproar. Many provinces and generals simply deserted and both Ferans and Mykarans joined the Vitrians in open rebellion. Worse, forces returning from Scetia deserted, many becoming warlords or joining a newly created state in southern Vardania, the Vateran Republic, ruled by none other than the granddaughter of Seron, Hera Valerian. His reign ended in late 2242 DA, the usurper and his army annihilated by Vitrian forces in the Battle of Racenza. A week later, a Vitrians occupied Velaris and plundered the former Imperial Capital.   As the sun rose on the first day of 2243 DA, the world had radically changed. Where once one nation had ruled all lands on the Divide, there now rose a myriad of smaller realms to fill its place. These states would continue to fight each other and by 2251, a series of larger empires began to form. Out of these empires, only the Fourth Dynasty Pesh-Ar in Anidara and the Hetarian Empire in northern Scetia, would last longer than a century, internal conflict causing most newly born nations to desintegrate just as rapidly as they had emerged. Vardania one the other hand saw the beginning of a new era. A new leader had emerged from among the various Vitrian tribes and clans. Saitin Kir, chief of the Daqin Tribe, crowned himself Emperor on the 3rd of Febris 2243, founding the Rouran Dynasty and ushering in the Vitrian Hegemony. For the first time in over a thousand years, Vardanians found themselves under foreign rule.

For all its granduer and glory, the Hegemony was a stagnant time and little progress was made. The times that followed it, while undoubtedly violent, brought Vardania forward in a myriad of ways.
— Alena Vadia, High Archivar of Tarquinnia 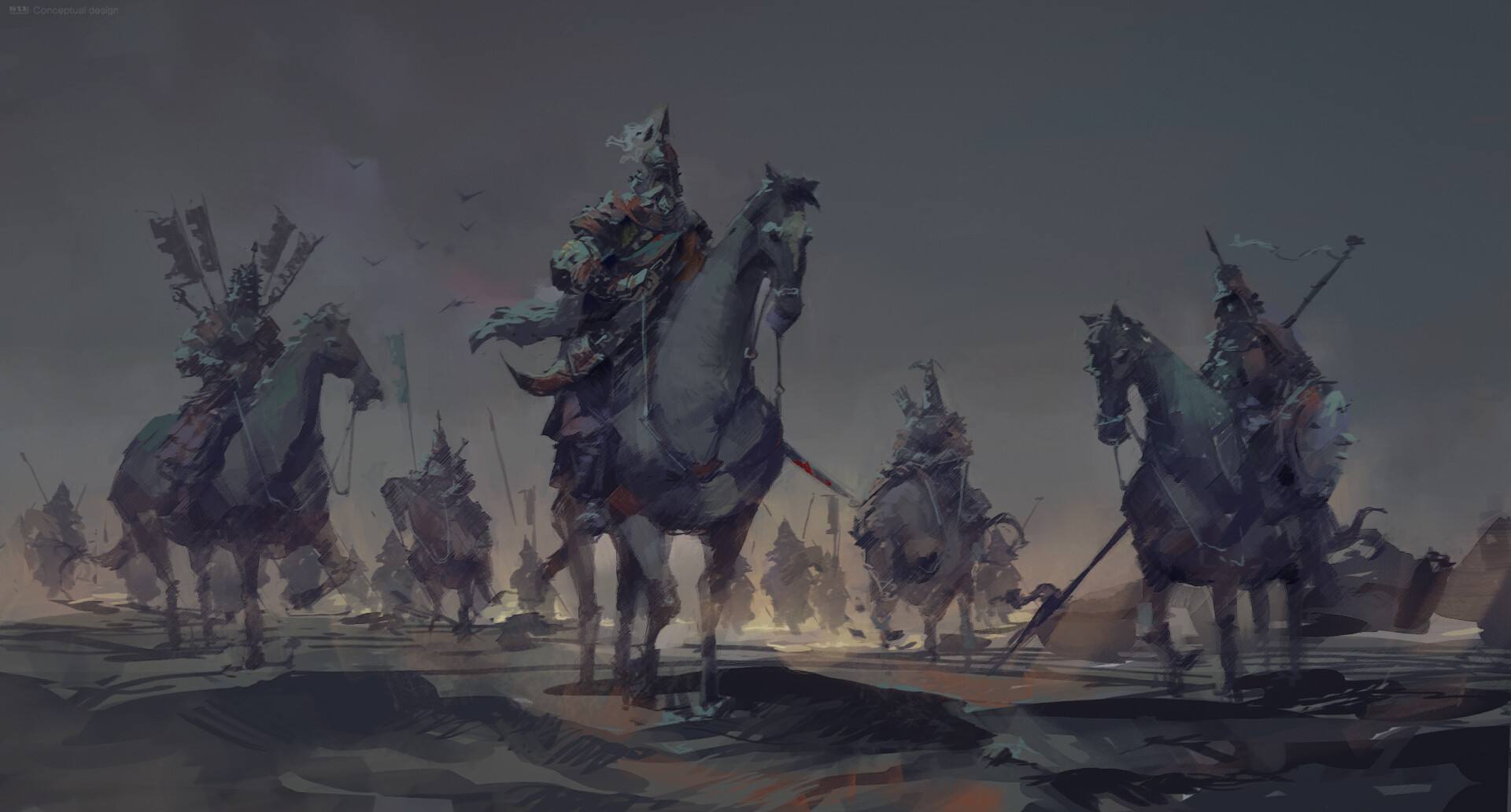 Among those that ignored Majorian's call was one Titus Cassianis, commander of the last Legion in the west. Rather than lead his forces back east, the half-Atheryan took control of Hekari Province. Declaring himself "King of Hetari" in 2244 DA, he spend most of his reign fighting against the Second Atheryan Empire. The nation he created would rule over northern Scetia for another 300 Years.   Imperial Warlords   Majorian's coup in 2242 DA was doomed from the start. Warmaster he may have been, but the Imperial Army held no love for the ambitious would-be Emperor. Defections and desertions were common and by 2245, large parts of central and northern Vardania had splintered into small fiefdoms.

Wouldn't want to be a peasant in those times. Every day a new overlord's name to learn.
— Unknown

Emperor of the Rouran   Until he led his tribe in rebellion in early 2242 DA, Saitin Kir's life is shrouded in mystery. As the first non-Vardanian Emperor in over a thousand years, his person has drawn the attention of many a historian and artist. His life and journey have long remained subject to great debate and artistic license.   A discovery made in 3301 DA, has shed some light on him, however. In the archives of Moira, Historians discovered an ancient recruitment register. Said register listed a Vitrian tribesmen named Saitin Kir and the description given matched those given by 23rd-century historians. If the man listed is indeed Saitin Kir, then the later Emperor started his career in 2210, as a volunteer for the army of none other than Seron Valerian. 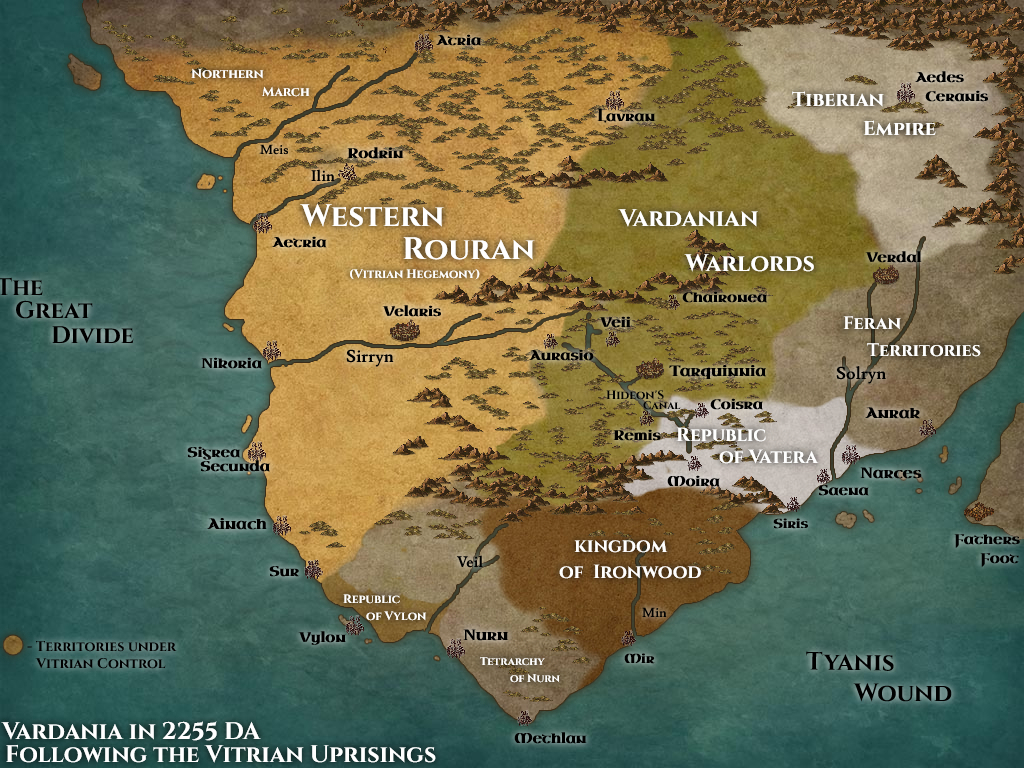 Great layout and presentation! And FASCINATING content!   The opening line "Seron "the Red" Valerian, Last of the Seven Princes and ruler of the known world, is dead." really grabbed me and drew me in to learn more.   Will there be more links from here to say Ferans, Mykarans, or Scetia? It would be great to let someone jump over to read a bit then come back to here.   It really does flow very well, covering the breadth of the war. I didn't feel like I was really missing any details about the war after reading it through.

Thank you very much for your kind words! I am glad that you enjoyed reading it.   As for the links, yes the articles they lead to will be written at some point. I can't promise when, since my interest in what to write jumps pretty randomly, but they will be filled out.

You're very welcome!   And about the links, that's tough but fair! I tend to suffer from a similar affliction of randomly jumping between what content to write. So I 100% understand.

Whatever happened to Hera Valerian and Seron's treasury? Is it buried somewhere to this day, waiting for someone to find it?

Great read, and the layout almost reads like a textbook in history, in a good way. Great job! 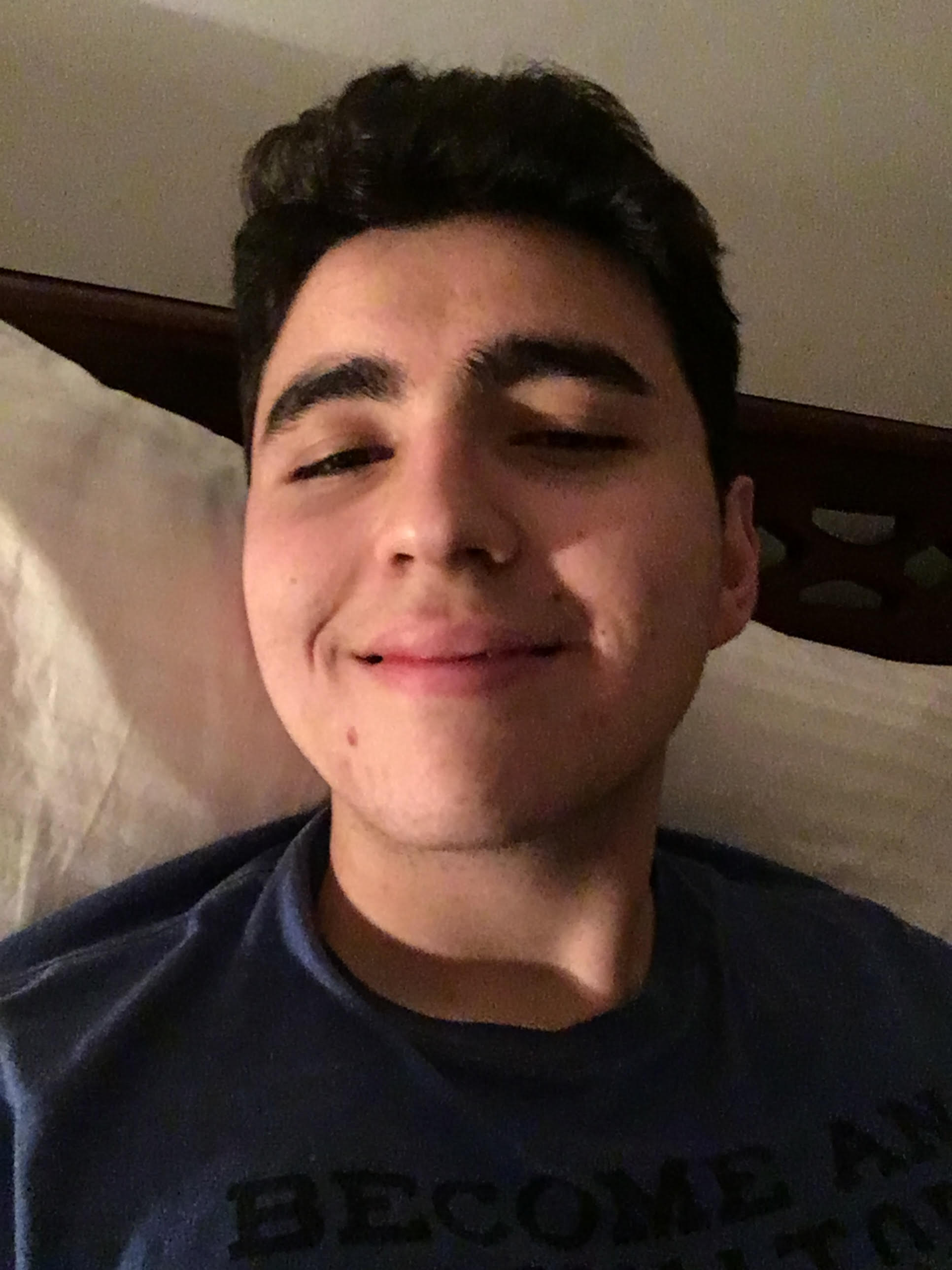 This is awesome! How did you create the quotes for this page?

Thank you very much!   As for the quotes, well on the top of the edit window there is a row of buttons. One of them creates the quote boxes. To have the author displayed you just need to put a | after the quote text and write the author behind it.