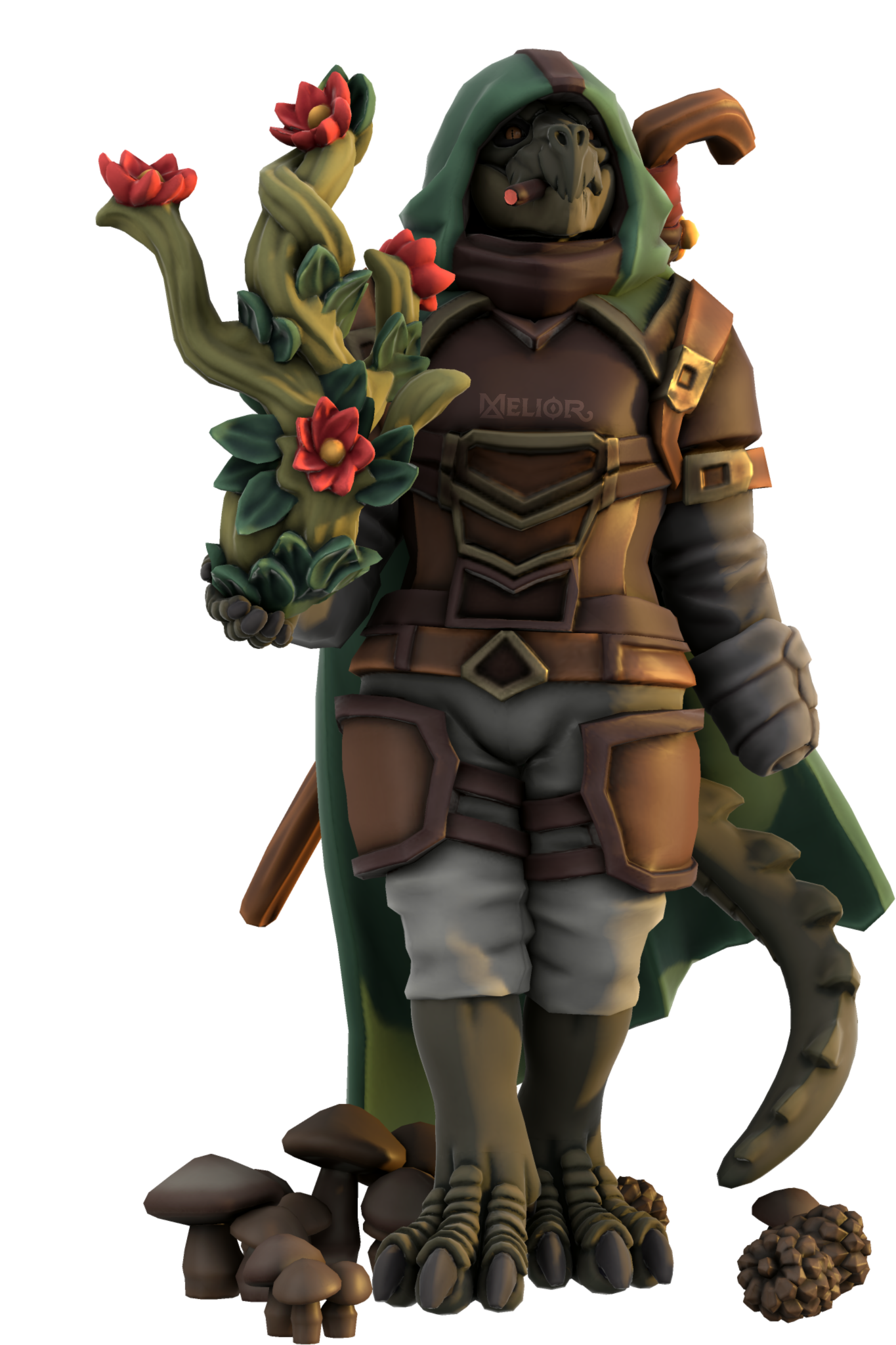 A Manavaxian Druid by 3D Model via HeroForge, created by TJ Trewin

Yenhi wants to return the Woods of Woldhurst back to their original peace and tranquility before the disruptive riftbeasts invaded from Ol'Mire during The Rupture some fifty odd years ago.   She uses her knowledge of Druidcraft, bestiary, and survival skills to restore the land in a peaceful manner.   In order to lure dangerous beasts away from local areas, she makes feasts fit for a king to bring out the predators. After she's sure that the beasts are busy she fences off the area by rolling out wire netting and securing it to sturdy posts that she had strategically placed the night before.   Once the problematic creatures can't get back in, she guides them to a distant hunting ground far away from any settlements.

I saw Mrs. Mossfoot luring an entire herd of riftbeasts out of the woods the other day! I don't know how she does it without even a scratch!

Yenhi grew up in the marshy plane of Ol'Mire among a community of Manavaxian herbalists.   From a young age she learnt how to identify different species of flora and mushrooms along with their unique alchemical properties, and which creatures liked to eat them.   She came to Woldshire in The Isles of Orlend through a Rift just south of a small village called Langleigh, and offered her help to the local Orlendians so that they could rebuild their homes safely without fear of another riftbeast attack.

As a youngster, Yenhi was a bad influence on many teens her age. Eager to find thrills in nature, she would often pick hallucinogenic mushrooms and tell stories around a campfire deep in the marsh with her friends.   One night whilst out foraging, Yenhi and her friends found an even greater source of fun: an abandoned, rusty claw trap.   They took it in turns daring each other to touch the central plate before retreating their hand. The first person touched it very lightly before snatching their hand away, and the rusty trap didn't budge. After many insults and proclamations that it was never even touched, the next person tried their luck.   An audible tap was heard before such a fast retreat that Yenhi was nearly backhanded by her friend's arm that it moved so fast - yet still the old trap lay with its jaws wide open.   Her friends urged her on and, not to be outdone, Yenhi lazily reached downard and poked firmly on the pressure plate.   Nothing.   She laughed, drew back her fist, and punched it dead in the center before pulling her arm back   CRACK   The next thing she knew, she was awake again and in a LOT of pain, surrounded by her family and a lot of bright lights.

Yenhi!! What were you THINKING?

Don't you worry Yenhi, I know a good Alterationist in town who can fix you right up.

Oh Yenhi, please keep your eyes on me for a moment dear. 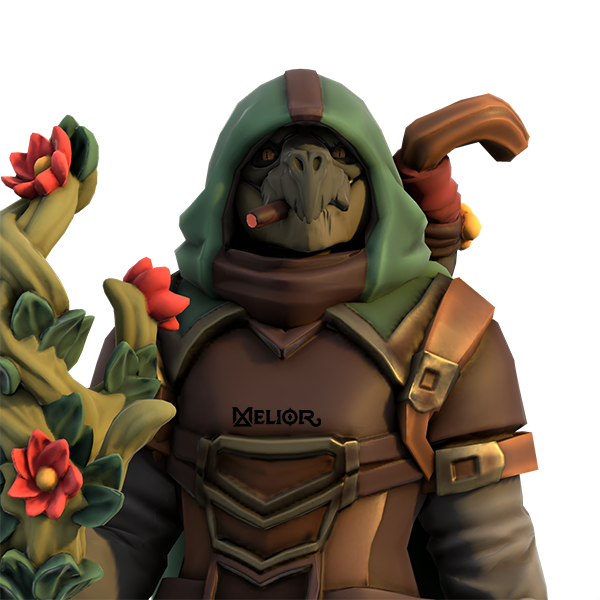 Profession | Dec 22, 2020
Woods of Woldhurst
In response to the prompt Choose a hero archetype —Everyman, Classical, Epic, Anti Hero, Byronic or Tragic— you’ve rarely or never used before, and create a character in your world that fits the profile!

Oooof now that is a rough way to start a life! Interesting character, I'm curious to see how she grew up and learned Druidcraft!

I saw she was missing an arm, but wow, what a way to lose an arm! That must have been something she kicked herself for everyday for a long time. A great article! I'm intrigued.