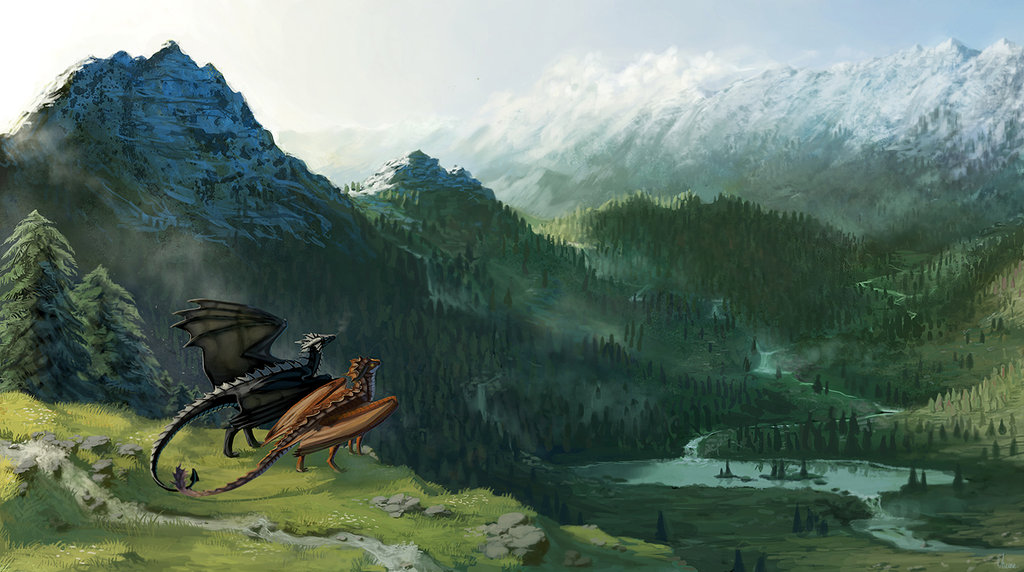 When Havine and the others step inside the library, the sheer weight of the situation finally hits Tally like a sack of bricks. She’s standing there, holding the body of this little girl, some kid who’d just been unlucky enough to be caught in the middle of it all and struck with just how disgustingly unfair it all is. It’s just not right.

She shifts the child’s body onto one arm, takes the corner of her cloak and dampens it with spit, trying to clean some of the dirt and dried blood from her face. Tally scrubs and scrubs but the dark patches remain, telltale markings that she had been made undead. Nothing can cleanse those marks from her tiny little body and it’s just so fucked up.

Damn it all, her family shouldn’t see her like this. They shouldn’t have to see her this way at all. It’s bad enough they’ll be mourning someone so young. Her body shouldn’t have gone through this. There is literally no reason why this should be something they have to endure and yet-

It’s not that she never believed Jasttor when he told her how dire the situation was. She was sure it was a big deal in some faraway land, somewhere not here. It never occurred to her that this would be a battle fought so close to home.

For the first time in a while, Tally starts thinking of writing to John and Erika.

Bright, coppery red hair, pale, freckly skin with patches of golden scales on her arms, legs, and particularly vulnerable parts of her torso, golden wings that appear and disappear on command.

Golden/green eyes that can appear to have draconic pupils at times, natural, unshaped eyebrows that are slightly lighter than her hair color.

Tally likes to stick to neutral, earthy colors. Hiding in plain sight works much better for her than the Rogue Aesthetic of all black.

Tally grew up in the port town of Altissia on the northern coast of Ursatia. Her father was a human merchant who fell in love with a spy for an elven merchant’s guild in Aindor, the northern island of Orcran. Before she was old enough to remember, Tally’s mom vanished en route to the merchant’s guild to report on Altissian trade routes and agreements. Her father believed it was directly related to the fact that she’d been feeding Altissian merchants information on the elven traders’ intentions as well and told Tally as much when she was young.

By the time she was 12, Tally’s father’s health had started declining. His legs simply wouldn’t carry him anymore and he couldn’t remember things he should’ve, like how old Tally was or when certain shipments were due. Many of his merchant friends attempted to help, hire a manager for his household, but Sarvic refused, insisting that he could manage his own affairs. They tried for a couple years to help, but when Sarvic refused over and over, they stopped trying. Eventually, Tally’s home fell into squalor and food was increasingly scarce.

Tally took to stealing food to keep herself and Sarvic alive, usually a loaf of bread here and there, a couple fish from the market, maybe a roast if she could time it right. She ran into a couple other humans about her age (around 16 at the time) who were trying to snag something from the same market stall and they decide to work together to get what they need. They end up working together better than they could’ve anticipated and quickly decide to continue working together. Jack, the leader of the group, starts coming up with marks that get more and more dangerous. Tally learns fast and begins acting as a distraction for the others. Though the group's names imply that Tally is more of an accountant of sorts, her nickname actually comes from her marksmanship abilities. She picks up a bow and throwing daggers, able to accurately hit a mark over sixty paces away. She hates the idea of actually killing someone, however, and usually strikes to incapacitate rather than kill.

Meanwhile, a pair of bakers Tally had once stolen from try to convince Tally to stop before she does something awful she can't take back. They give her food, leftover bread and things, whenever they can to keep her and Sarvic fed and teach Tally how to speak halfling whenever she comes around. They say that if she's ever in trouble to come to them and explain the entire situation in halfling so as not to incriminate herself further. John knows some folks, they tell her, that can get anyone out of the city and they'd be willing to help if she was ever in a bad spot. Sarvic, they tell her, had once done them a huge favor involving a shipment of wheat and a persistent bunch of bandits and they owed him at least that much.

Tally doesn't pay much attention to them beyond that, though. She's got a lot on her plate with Jack and Stash and an upcoming heist involving some foreign diamonds and a diplomat from some continent Tally’s never heard of. It's risky, Jack says, but the rewards are worth it. Some guy he met near the docks said he was looking for quality diamonds and would pay over 10k GP for them. With that, Jack says, they'd be set for a while. Tally could get her father the care he needs to be comfortable in his last days and that's all he needs to say to convince her it's worth the risk.

They go to do the heist but someone seems to have tipped the diplomat off to their plans and the guard rotation is doubled. Jack insists they have to do it that night, though and Stash agrees, though even he seems wary of Jack's insistence. As they planned, Tally fired an arrow into the courtyard to alarm the guards and get them to chase her. She's quick and usually manages to lead them in until Jack and Stash get in and out. This time, however, one of the guards is too quick and catches a glimpse of her face.

Hours pass and the signal flare never goes up, so Tally heads back to the hideout, thinking the heist was a bust, and waits for Jack and Stash. Another few hours pass and Tally is convinced they've been caught. Rather than throw her lot in with them, she goes back home to check on Sarvic to find his condition severely worsened. He'd been bedridden for a while, but now he's barely able to keep his eyes open or speak and Tally fears the worst. His speech is slurred and he keeps calling Tally by her mother's name.

Tally, however, has no time to mourn her father’s passing. She remembers what John and Erika said about helping her get out of town and then the fact that the guard saw her face. Having no choice, Tally goes to her two remaining friends and leaves Altissia.

"We're going to do better than that, okay? We're not going to hide shit and pretend everything's fine when it's not and let it fester."

John & Erika - A married couple based out of Altissia that run a bakery. They befriended Tally despite her having stolen from them before, and taught her to speak Halfling should she run into trouble she couldn't get out of. Turns out, they owed Sarvic a favor for dealing with some bandits that had stolen their shipment of wheat when they were first starting out.

Jack - Leader of the three-person team of thieves. He specializes in lockpicking and breaking into private estates. He tends to take risky jobs, considering the reward worthwhile. His choice to go through with a difficult job cost him and Stash their freedom and forced Tally to flee Altissia.

Stash - A man of few words. Tends to follow along with Jack's plans, even when he personally believes them impossible. This may be out of simple faith in Jack's ability to get a job done or perhaps just that he doesn't care either way.

Sarvic Marchand - Tally's father. A merchant before his health forced him to remain bedridden. Generous when it comes to people he felt he had an obligation to help (family, customers, close friends). Used to refer to Tally as "Ellie," short for the name her mother gave her before vanishing, Elinoa. He had Tally keep her mother's last name as well.

Lenira Taldel - Tally's mother. Spied for the elves of Aindor when a shipment of stone from up north ends up costing more than anticipated. When she realized the extra cost was to help care for the families of those escorting the shipment down to Oceanfaire, she went to confront the merchant's guild and never returned.

[a list on a mostly blank page, ink smudged and running in places where it looks like someone spilled water or was crying]

The major events and journals in Tally's history, from the beginning to today.

The list of amazing people following the adventures of Tally.