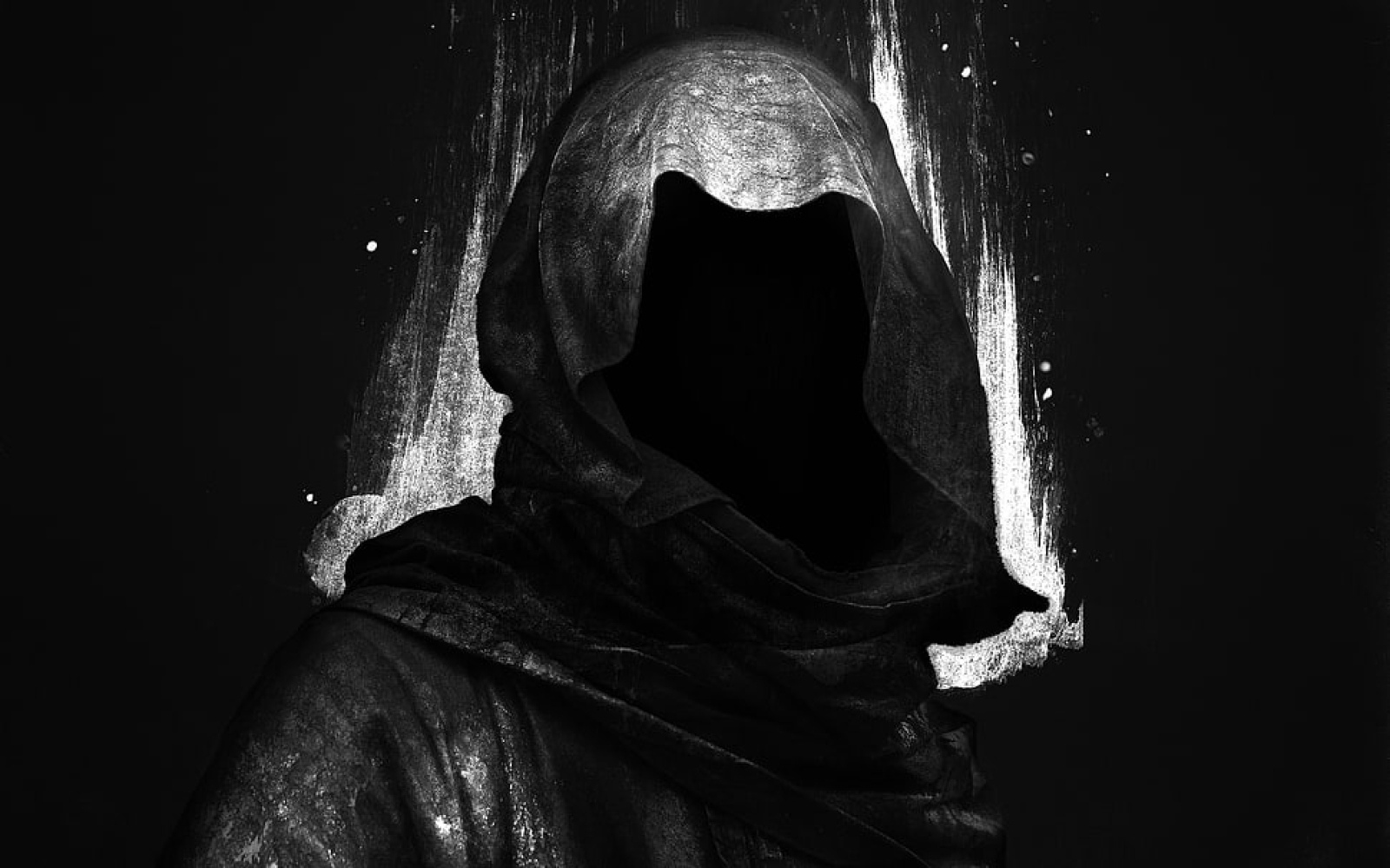 The Witch Kings of Bhorsis-Razghûl

The Six Witch Kings always ever numbered six, and counted no others among their ranks - they were six altogether identical wraiths cloaked in shadow that could nary be told apart nor identified.   They existed on the same level, and worked in absolute unison.

The agenda of the Witch Kings, as far as was ever determined, seemed to be no less than the absolute anhillation of The Spirit Kings and all that cherished them.

As six creatures of such unfathomable power and unimaginable might that many believe them to be truly immortal and unkillable, the assets of the Witch Kings at the height of their power were nigh-infinite - the vile songs of power they wielded with the Blackspeech that they spoke was the stuff of legends, and they created the entire Goblin race and countless other abominable creations with that very power.   Though the source of their power was unknown, they were mages of such legendary might that none before nor since have matched them singularly - their mastery of the Blackspeech, founding language of Bardic Magic which they themselves invented and mastered to control mana itself, fueled much of their sorcerous power.

The Witch Kings are perhaps one of the most notorious groups in all of living history - they appeared a scant few centuries after the advent of The Spirit Kings, beings of such unfathomable power and might that their appearance led to the legendary War of the First Alliance, where the newly born creatures, countries, kingdoms, and species rallied together beneath The Spirit Kings and drove back the newly raised armies of the Witch Kings - blasphemous legions so vast and mighty that they stretched from horizon to horizon.   Though they were beaten at the final battle in the War of the First Alliance by the armies of Elves, Dwarves, Men, and countless other beasts and species, the cost was unfathomable - though The Spirit Kings endured the battle, the blasphemous songs of power sung by the Witch Kings before their demise cracked the immortal shells of The Spirit Kings, wounding their essences and ensuring they would only last several more centuries on the Material Plane.   However, though they were slain, their final words wailed on the possessed lips of the soldiers of the First Alliance at the moment the Witch Kings were slain, their spirits sweeping over the armies of the alliance like a black plague, their final words rang like a sonorous song of damnation sung by a million voices in harmony which fortold their return, in the coming millennia - they could never be slain, they claimed, and would rise eternal until their goal was achieved.   However, the defeat did not spell their end. In the ruins of Bhorsis-Razghûl, long did their Black Towers fester and rot - left abandoned and in ruins by the armies of the Alliance after their defeat, their final words rang true as they returned many long years later(1,600+ Years later) - long after the passing of The Spirit Kings, they returned as the ruins of Bhorsis-Razghûl were rebuilt practically overnight. It would unfortunately be many decades before the newly reborn Witch Kings - initially weak after their rebirth as little more than barely corporeal entities - would be discovered by the forces of good, who initially discounted the rebuilding of Bhorsis-Razghûl as the work of a powerful cabal of warlocks, and not the doings of the legendary Witch-Kings.   When the truth was uncovered, the entire land of Zheng-Kitar rallied to defeat the vile Witch Kings and their reborn armies of damnation - but alas, the world had long since dimmed since the days of the First Alliance, and men had lost their lustre long ago. Elves had dispersed and grown haughty, and Dwarves had isolated themselves in their citadels - it took everything the forces of good had to beat back the armies of the Witch Kings a second time, and the War of the Last Alliance was a bloody, brutal one - led by the greatest heroes of the age, the forces of evil were pushed back to their blasphemous towers in the swamps of Bhorsis-Razghûl, where the heroes of The Spirit Kings fought a final, desperate fight to beat back the darkness one last, final time - and won.   Though it cost the lives of every last hero who dared walk headlong into that fight, including the last High King of the Elves, The Dwarven High Thane, the First Great King of Humankind, and more, victory was obtained - at great price. The Witch Kings were slain, their sonorous chanting silenced, and their towers laid to rubble and demolished. Their thrones, though they could not be harmed, were cast into the world's corners, and their legends were destroyed - erased from memory and history.   Now, the world sits in peace - and fear of their return. For now, the last lights that fueled the Last Alliance have gone out, and there is no chance for a war on the scale that was waged ages ago - now, hope rests solely on the shoulders of singular, great men and women - lone heroes who have the strength of spirit to beat back the darkness with the radiance in their souls.

The Witch Kings were destroyed twice, the first time in the War of the First Aliance by The Spirit Kings and the greatest champions of Zheng-Kitaran history, and the second time millennia later by the Last Alliance in a desperate, bloody battle that nearly wiped out all life as it was known at the time.
DISBANDED/DISSOLVED 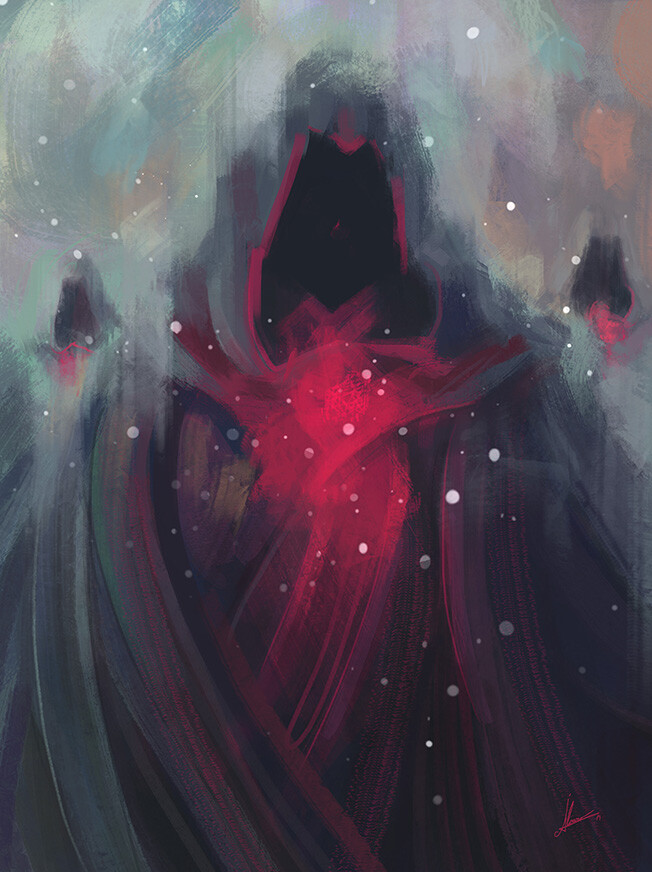 The magic of the Sapphire Elves, capable of channeling the raw building blocks of reality.

The Origins of Magic

The origins of magic, and the different ways it can be utilized and mastered.

A primer on all the languages of Zheng-Kitar and their intricacies.