The long-abandoned research complex, once the forefront of scientific advancement in the world

The legendary Landown Reactor was created by the Dwarves and other Scientists and Engineers of the Ezdhûlian Alliance shortly before the War of the Boiling Skies as their foremost research facility looking into the mysterious energy source known only as the codename it was given by the Alliance - "Project Wraithwind" - an invisible, supreme energy source that was so powerful that with but a single day of operation, it was said to power entire cities for weeks on end. However, it was also known to be invariably lethal - hence its codename, given by its invisible nature and tendency to kill most insidiously and slowly, causing a slow and painful death over months or even years.   The reactor, built deep in the shadow of the Kildarkirk Crater, was said to be constructed in the bowels of the crater and the underwater lake deep within whose resevoirs of hyperdense water were needed for the reactor's operation - a place of study that was in time transformed into the world's first and last Wraithwind Reactor, and soon expanded into an enormous complex containing several of the legendary Manufactorums of the Ezdhûlian Alliance - legendary factories where their terrifying engines of mechanized slaughter were built.   While the Ezdhûlian Alliance was active, the Landown Reactor Complex was said to have been at the forefront of their scientific advancements - and by little exaggeration, the foremost place of scientific advancement on the continent.

The architecture of the Landown Reactor Complex is uniquely Ezdhûl in its makeup, resembling the architecture of the ancient Dwarves but infinitely more advanced. Constructed out of solid steel with reinforced lead lining and nearly foot thick armor plating and insulation, the Landown Complex was an invincible bastion built to contain the roaring, divine power of Wraithwind Energy - though as a neat bonus, it also made it an incredibly stable fortress.   A massive building complex of steel, wire, lead, and armor plating, the Landown Reactor Complex was said to be built at the bottom of the Kildarkirk Crater, floating atop the underground lake at the bottom of the crater and suspended both above and below the enormous lake by means of twelve massively thick, impossibly advanced support cables made of solid steel - enormous tension cables anchored to the stone walls of the crater that were capable of holding up the entire Reactor Complex.   Additionally, though it has never been investigated since its ruin, it was built with no less than six failsafe systems - each one of which was designed to not only completely isolate and lockdown the entire Complex, but to destroy it as well - the immense power of Wraithwind Energy terrified even the notoriously fearless pioneers in the Ezdhûlian Alliance, and they were said to take measures that bordered on paranoia to ensure the complex could be disposed of immediately and effectively...though it helped little in the end, as none were activated during its final moments.

Opened in 3690 ASK as the new center for all things scientific that were being made in the Ezdhûlian Alliance, the Landown Reactor Complex was to be the center of scientific advancement and research in the entire empire - a beacon of learning and innovation that would inspire the world and convince them that the scientific ways of the Alliance were not heresy, but inevitable progress that should be welcomed.   Little remains that is known of the operation of the Reactor Complex - the destruction of records at the hands of Kyra Aenai and her forces at the end of the War of the Boiling Skies centuries ago destroyed most records of the Complex aside from its location and construction, so much of its detailed history is unknown.   What is known is the circumstances surrounding its decomissioning - towards the end of the War of the Boiling Skies, as rumors persisted that the Ezdhûlian Alliance was nearing completion of the weaponization of Wraithwind Energy in the legendary and secretive "Project Wraithwind", the forces of the resistance allied beneath Kyra Aenai sought to crush this project before it could reach completion, which was widely believed to hold the power to almost immediately end the war in favor of the alliance should it be allowed to reach completion.   While Kyra Aenai herself could not lead the assault, she directed her most trusted lieutenant to lead an assault on the complex made up of the resistance forces' most powerful and elite units - and, after a march on the complex, all contact with both sides were lost shortly after the battle began down in Kildarkirk Crater - and precisely 66 minutes after contact was lost, a vast outpouring of sickly green energy blasted out of the crater and into the atmosphere, which would lead to a plague that would decimate crop yields, render soil unusuable, and kill off nearly all life around the crater such that the surrounding area was rendered unlivable for centuries afterwards - only recently has it been deemed safe enough to live in and been recolonized by the Coalition of Nine.   What precisely happened that day can only be hinted at or speculated upon, as no proof remains of what happened, nor has any who ventured down into the crater returned alive...though rumors tell of screams both Dwarven and Reptilian in nature echoing up through the crater at irregular intervals, crying out for help - screaming to be freed, for the failsafes to be activated and the anchoring pins sheared off that the entire complex might be dropped into the lake, and all manner of panicked screams - echoes of a tragedy whose story has been lost.

None have visited the Landown Reactor Complex since its destruction at the end of the War of the Boiling Skies centuries ago - it is well-known as a cursed place where the very wind carries demons that choke and kill all who come near, and whose air boils with invisible power such that it will melt the skin of those who enter it.   While the brave or especially interested might venture to the edge of the Kildarkirk Crater to look down into the depths, hopeful to catch a glimpse of the complex, few are bold enough to venture down into it - none of whom return. 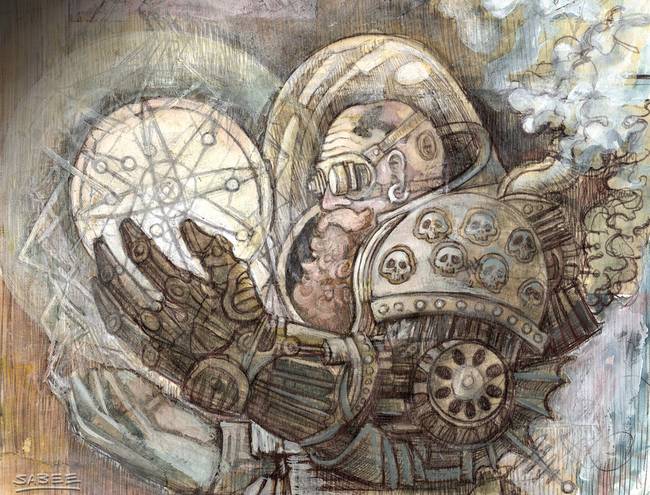 The people of the great mountaintop and underground citadels, diligent and hardworking.

The treaty that broke the back of the Ezdhûlian people and stalled the advancement of technology indefinitely.

The titanic dragon-snake that slumbers eternal, bringer of the end when it wakes.

The long-abandoned research complex, once the forefront of scientific advancement in the world. 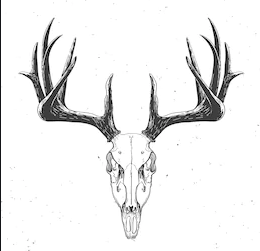 Kinda makes me think of Chernobyl.