The Adventurer's Almanac
The world of Zamzara, one of lost secrets, ancient mysteries, and perilous danger. Twin moons encircle the planet, equal yet opposite, one by day and one by night. Under the surface of the earth lies a fantastic land fraught with monsters and magic, a second world thriving in the hollows under the surface called The Nashya, or “The Lost”. Few return from excursions into this world fraught with danger, but those that do come back with tales beyond belief.

These lands were unknown before the fall of the Zamzian Empire 300 years ago. An old and powerful empire, Zamzara derives its name from their continent-spanning rule. During the peak of its golden age, the Zamzians uncovered the Nashya and kept it secret from the empire at large due to the discovery of Apricorns, a tough fruit native to the underground that brimmed with magical power. Scientists began to study the fruit and became the world’s first mages, renowned for their ability to perform miracles with a wave of the hand, but a few years after the Nashya was first explored, a wave of powerful, sadistic monsters swarmed from the depths of the planet and laid waste to the entire continent of Zamzara, destroying the Empire in short order and throwing the world into chaos. For almost 300 years, magical study was stunted and the world struggled and fell apart even further in a succession of civil wars and territorial disputes that broke the once pristine Empire into smaller and smaller pieces.

A breakthrough happened - a crazed sorceress discovered how to contain the monsters roaming the land within an Apricorn and bend it to her will. Her secrets quickly spread and soon, people began to hope that they could push the worst monsters back into the Nashya and assert their dominance over the world once again. These captured monsters began to be referred to as “Pocket Monsters” due to the Apricorn's ability to shrink in size for easy storage, and many were put to labor for the humans, leading to rapid technological development resulting in an also crazed machinist formulating a way to capture Pokemon within mechanical balls fashioned after Apricorns. Soon afterwards, these Pokeballs found their way into the hands of more than mages - industrialists, researchers, nobility as well as other distinguished individuals brought monsters under their control, and an industrial revolution happened soon afterward.

Large cities, once struggling to maintain themselves, quickly adapted to the new technology and conflict sparked across the settlements of Zamzara once again as many raced to use the labor of Pokemon to their own ends. Whether there were steel behemoths billowing smoke travelling down railways or giant ships being pulled by similarly giant beasts, discovery, innovation, and exploration were and still are rampant. Sailors report of death-dealing storms and leviathans in the waters, slaughtering all who stray from the shores.

The twin moons of Zamzara make ocean travel treacherous and risky, and only the bravest or careless venture into the waters. Solga & Lunala encircle the planet, each the opposite of the other - Solga can only be seen during the day while Lunala is all that lights the night skies. Solga wanes while Lunala waxes. From Solga descended the fairy monsters, alien and fey, and from Lunala crashed the dark monsters, cruel and occult. Many a mage has gone astray pursuing their monstrous magics.

These monsters are docile compared to the Shadow Monsters , the beasts said to tear the Zamzian Empire to pieces. While monsters were always rumored among the civilization of humans, these were devastating and bloodthirsty beyond the stories and killed men and women with ease. While they have become increasingly rare since the fall of the Empire, travelers should still be wary on the road. During dire times, when Solga and Lunala align to eclipse the sun, wild monsters grow fervorous and shadow monsters surge in population while humanity cowers and hopes to escape death. 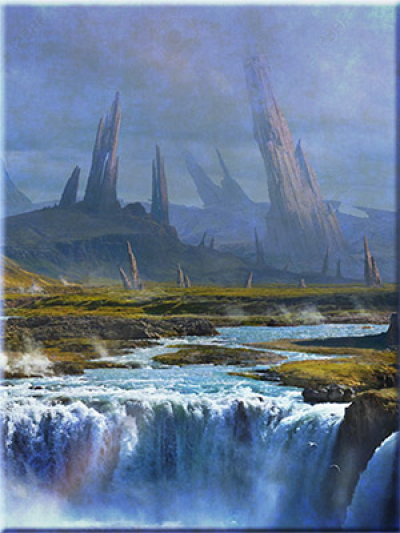 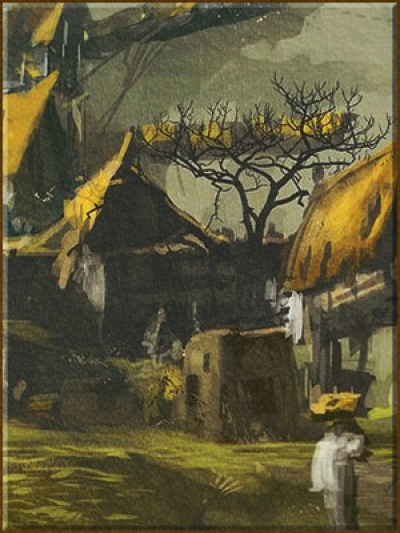 Zamzara, The Hollow Earth has 15 Followers