The demons of the Abyss come screaming! Their putrid claws scrabbling against the clean marble of the Bulwark of Light.

Standing against the alien horde, the fearless Knights of the Order of Light, resplendent in armor of white and gold!

By their side, the noble Baatezu keep their word and hold the walls with us against the unclean mobs of demons.

We stand fast with our allies! When Shatter ends, the trustworthy Baatezu return to their plane. They keep the treaty we signed with them.

They have proven, once more, that they abide by contracts and believe in law! We trust the Baatezu!

Why do you keep your prejudice against the citizens of the Nine Hells?

We have accepted orcs, goblins, and drow as partners in the Concordance. Do the same for the Baatezu!

— The Beacon -- Official newspaper of the Order of Light

The mighty Blood Knights of the Order of Light defend the world from extraplanar invaders at the Kirinal Pit.

The Cavaliers of Light host beautiful, thrilling tourneys throught the realms. In their travels, they leave behind followers eager to join and fight for the Order.

Companies of Light Troopers travel the roads of the world, protecting the trade in extraplanar goods (legal and illegal) for House Molndal.

Knights of the Order of Light wear beautiful armor enameled in white and ornamented in gold or red. Elite warriors of noble Molndalian blood or great wealth, Light Knights are well trained and the best equipped warriors in the world.

Their ranks are filled out with Light Troopers: commoners, foreigners, or those unable to afford to buy a knighthood. Troopers wear white tabards emblazoned with the gold shield and crossed red swords of the Order. 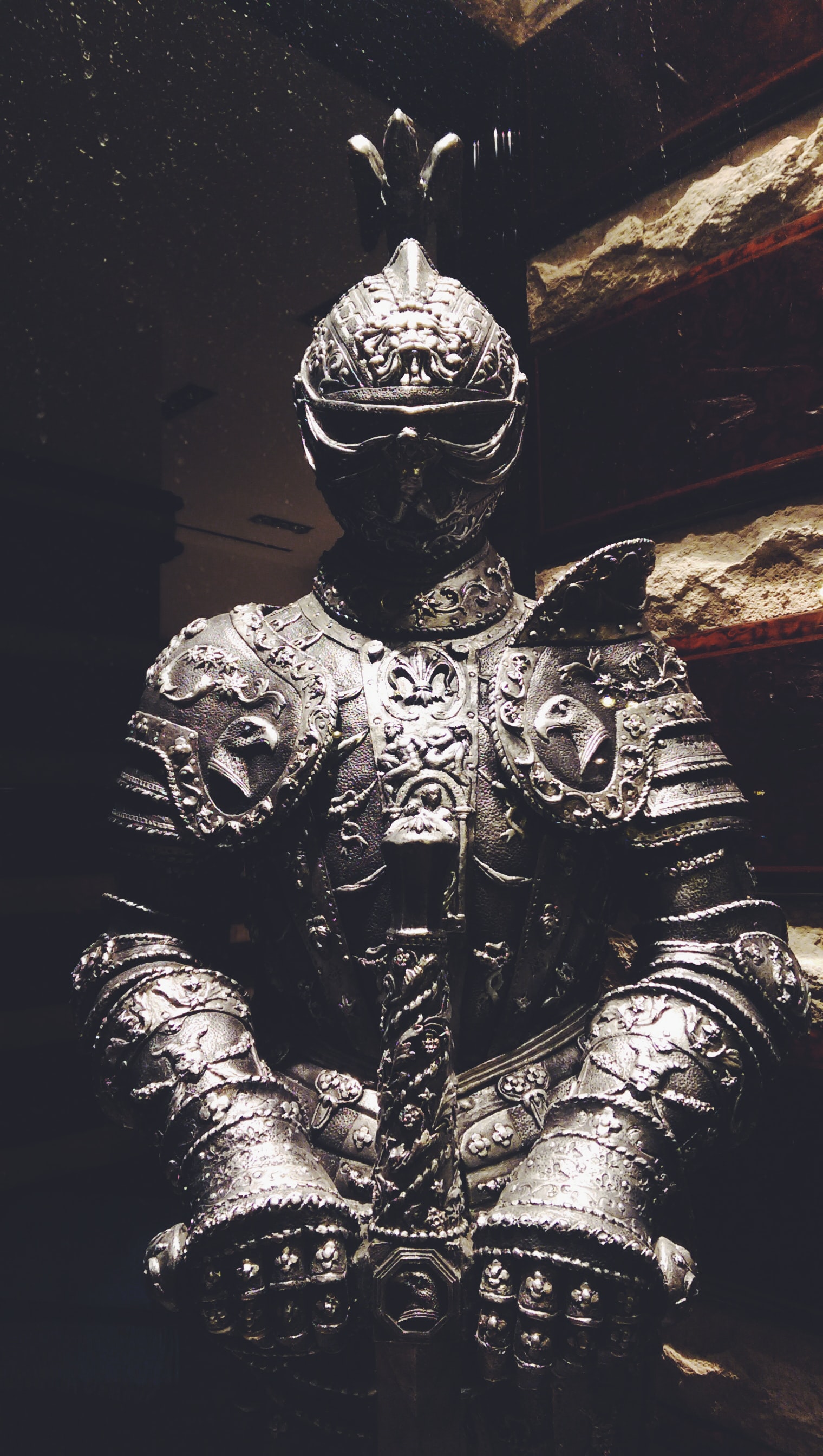 Traditionally, they were a human-only organization. Since the Dispelling, Molndalian tieflings, half-elves, and genasi of "the blood" have been grudgingly accepted into the Order as a token to racial equality.

They began as a holy knightly order with the mission of riding against the enemies of the sun god Rampol. Within a few generations they became the secular military force of the insular Grand Duchy of Molndal.

Notorious for their wealth, power, and ruthlessness; they exist only to increase the wealth and power of the Duchy and House Molndal. Companies of Light Knights and their Troopers protect the lucrative trade routes between Molndal and their trading partners.

Formed more than a millennium ago, the fortunes of the Order rose and fell with the Kingdom/Duchy of Molndal.

They rose to their current prominence after the Disintegration of Kirinal, when House Molndal took command of the southern rim of the Kirinal Pit, first with the South Fort and its successor, the Bulwark of Light.

Their two major bases are in Morozzo, Molndal and the Bulwark of Light. They have smaller bases in the other Sovranty of Lozar realms: Osarrus, Ballinamore and the Bluestar Alliance.

They also man Molndalian embassies in the other Concordance for Survival nations.

Grandmaster - Highest officer of The Order.

Landmasters - Head officer of a nation or realm.

Tourneymaster - Head officer of the Cavaliers of Light, equivalent to Landmaster.

Legionmaster - Head officer of a legion.

Trooper - Lowest rank in The Order

Oath of the Order of Light

To the Order and the Blood,
I bring glory and might.   For Citizens and chattels,
I defend and requite.   My obedience and honor,
House Molndal's by right.   Ferocious and righteous,
Our rivals I fight.   I swear by the gods,
Tasath, Ar-Tamak
and Rampol's daylight

6 Land Chapters led by the Grandmaster. (20,000 knights and troopers)

The 5 land chapters are located in one geographic region each. The Cavaliers of Light oversee the sixth chapter, composed of all the smaller groups spread throughout the rest of the continent.

The Order of Light promotes the virtues and benefits of citizenship in the Grand Duchy of Molndal. They recruit non-citizens to join as Light Troopers with the chance of a comfortable, dependable Molndalian citizenship.

They promote "Hell Week", theoretically as a way to further mitigate the manifestation of hostile planes on Shatter. They reason that devils are lawful and can be negotiated with. That they have already started the process with the Embassy of Hell.

Show spoiler
The brighter the light the darker the shadows.

Some of the leadership is corrupt. They are aligned with members of House Molndal and the devils of the Nine Hells. Their secret goal is to deliver the world and its inhabitants to hell, to take control of the Kirinal Pit, and use it to conquer and pillage other worlds.

They excel at swaying the public through the press, music, and the traveling tourneys of the Cavaliers of Light. The peasants and tradespeople of Molndal believe that Light Knights are the greatest heroes of all and that the Order enriches them and brings them glory.

Elite shock troops based at the Bulwark that defend the world at The Kirinal Pit. These veteran "Blood Knights" actually battle extraplanar incursions on a regular basis. Hard and practical men, they still exult in the trappings of the Order. They take pride in the beauty and deadliness of their arms and armor.

They wear red armor with white and gold embellishments. They joke that it's easier to clean the blood off of red than off of white.

The Beacon newspaper and the Golden Balladeers spread songs and stories exaggerating the accomplishments of the Order of Light and their "Baatezu" allies, much to the exasperation of the other Pit Fortresses. 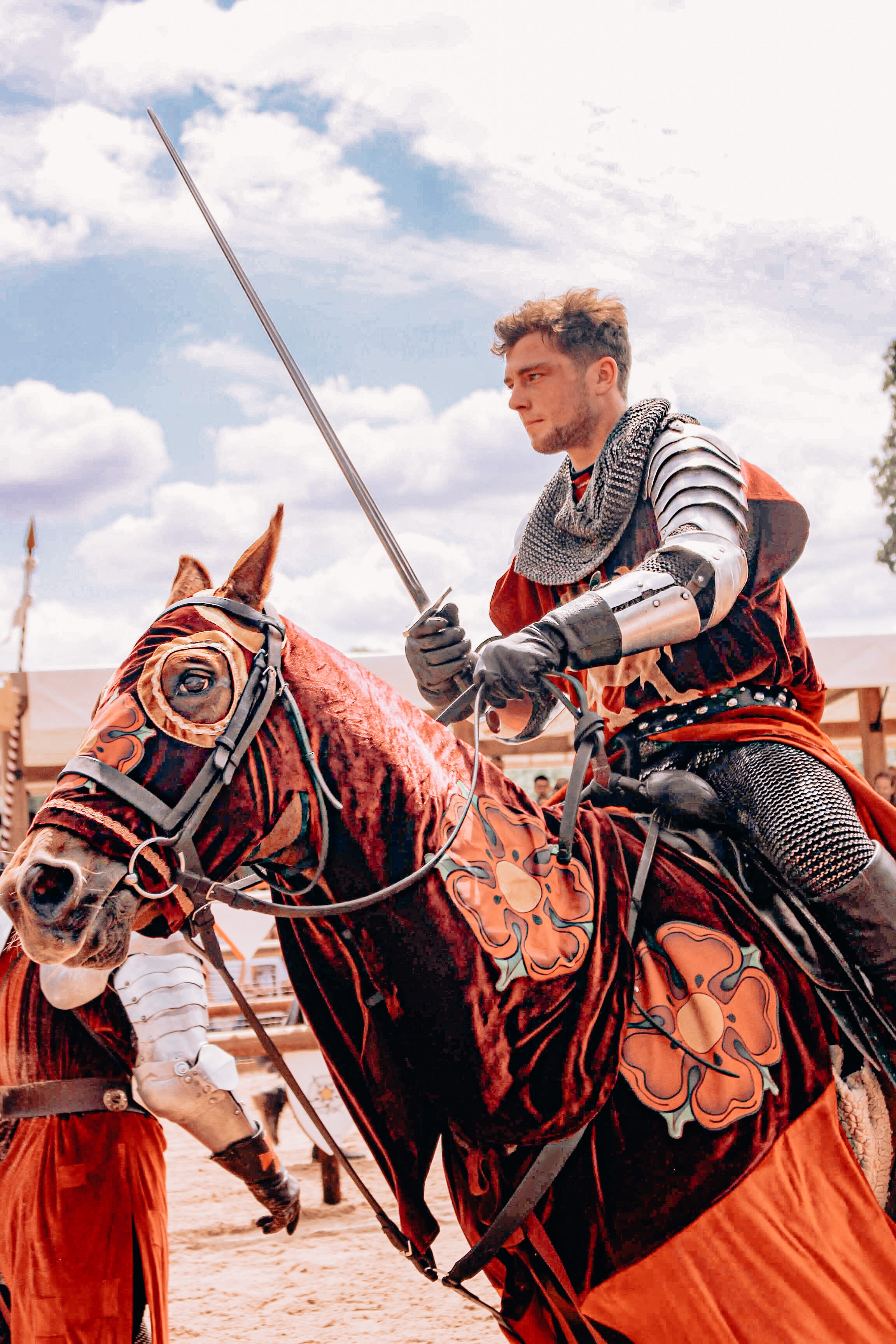 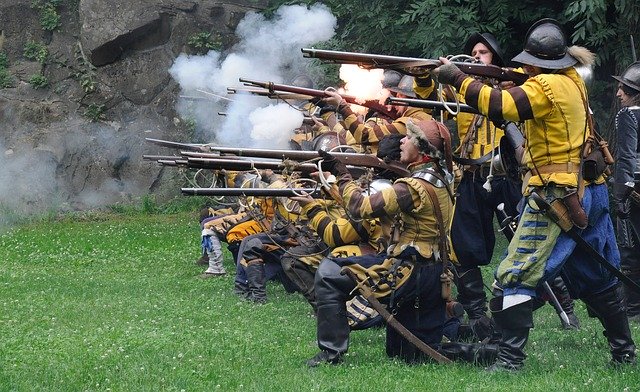 Also based at the Bulwark, the Musketeers wield the most advanced weaponry that Molndal has developed, and they will boast about it to anyone who will listen. These lightly armored artillerists support the Blood Knights from the walls of the Bulwark.

Troupes of jousting knights that travel Sovranty and Concordance lands. They hold glamorous tournaments that attract tens of thousands of fans and enrich the Order and the Duchy. They recruit mercenary soldiers with generous pay and the possibility of citizenship in Molndal. 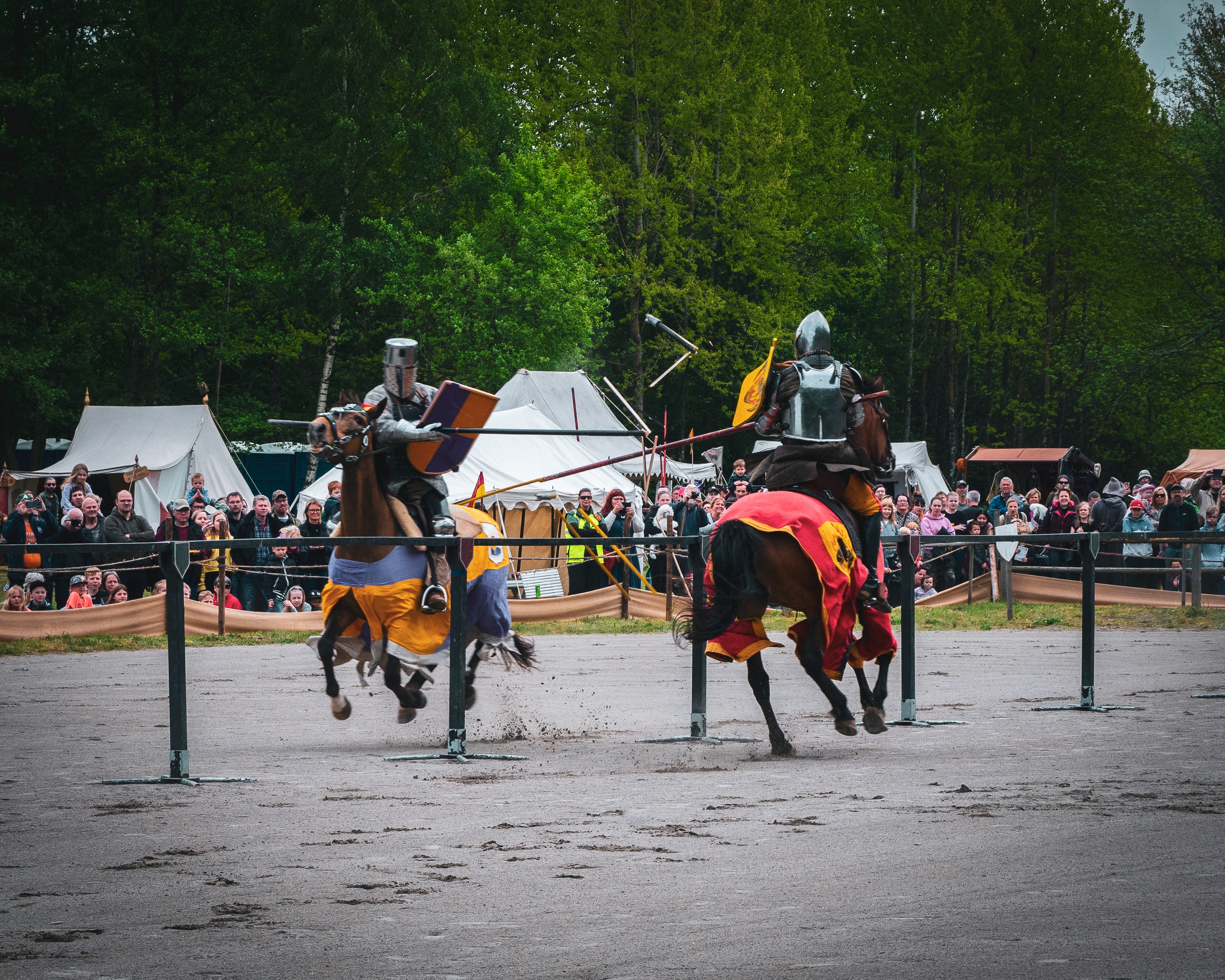 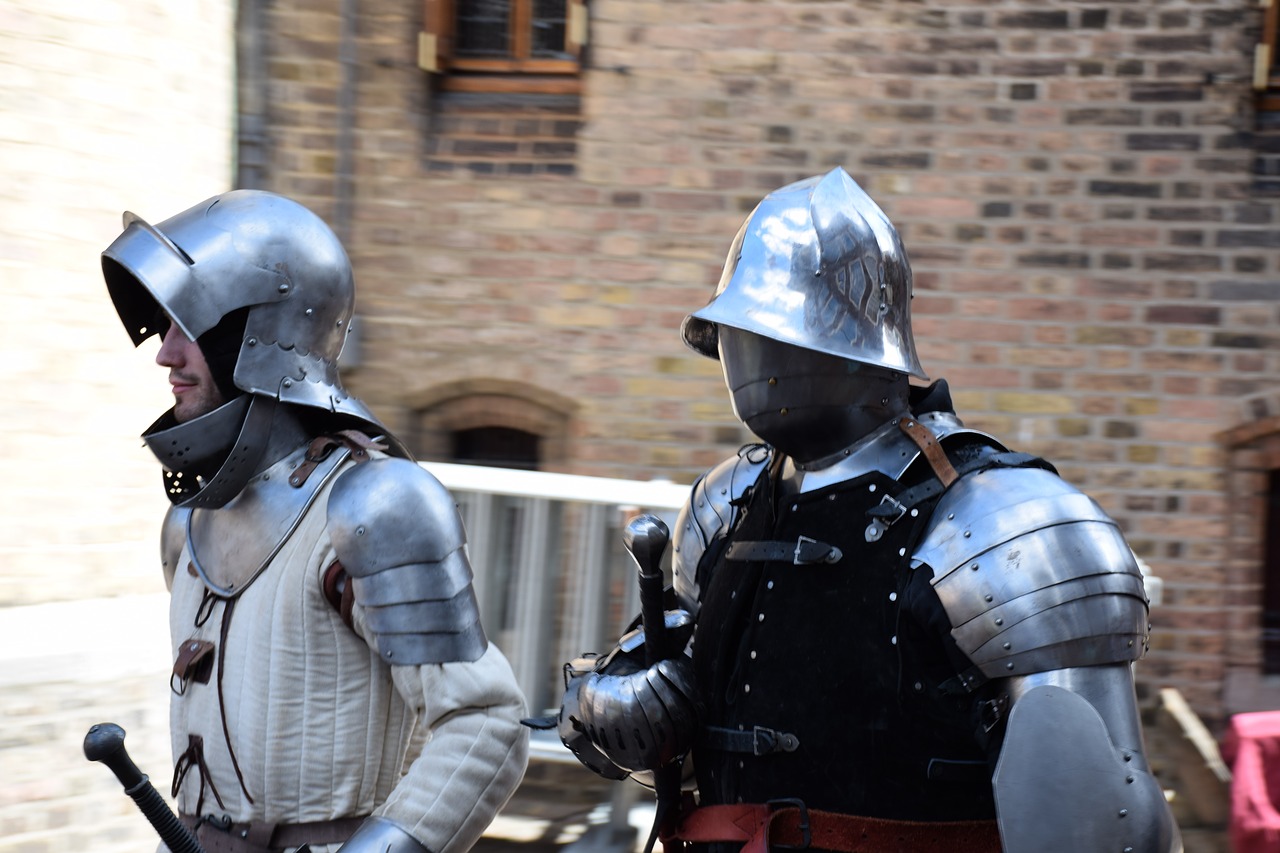 Citizens of Molndal with common blood, and those unable to purchase a knighthood, join the Order as Light Troopers. Non-citizens also join for the chance to earn citizenship in Molndal.

Troopers are instilled with the same pride as the upper echelons of the Order. They wear white tabards over armor and carry spear and shield, sword and crossbows into combat. 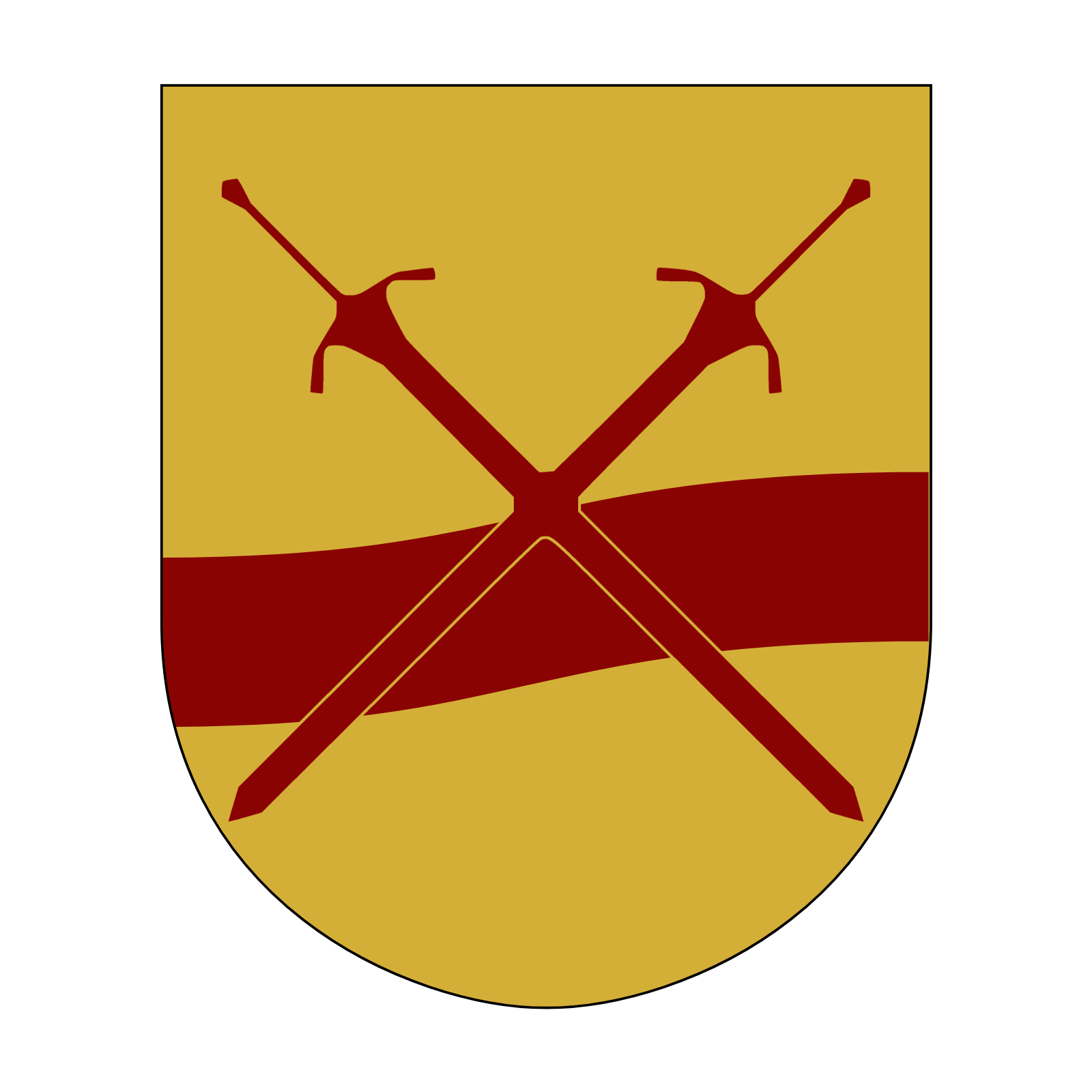 Articles under Order of Light

The train of gold and white rolls into town! They bring pageantry and nobility and the chance for glory!

You switch between 5 and 6 chapters in the text, it was a bit confusing.

The 5 land chapters are located in one geographic region each.

I believe fo should be for?

They excel at swaying the public through the press, music, and the traveling tourneys fo the Cavaliers of Light.

I am also curious what is meant by considering a people to be members of "the Blood"?   Overall I enjoyed your article. The thought of thr Order of Light working for the darkness (albeit unknowingly to most of their membership) is intriguing and I can't help but wonder what will happen when people (both within and without the order) find out.
Author of Fillimet, bright fantasy land of possibilities, and Vazdimet, its darker spacefaring future.

Thanks for the critique and the like! One was a cut for length, the 6th chapter is for the non-contiguous groups that aren't based in just one nation/area.   The other is a typo and I'm going to fix it!

"The Blood" refers to the blood of Molndal, their home region. Foreign-born or partial humans with Molndalian blood can petition to have their "blood" recognized. This makes them eligible for citizenship in the Duchy.   Those without the "blood" can serve as Light Troopers and become eligible for citizenship after a few years.   I see the conspirers in the Order coming out as a "Hail Hydra" moment for my campaign.