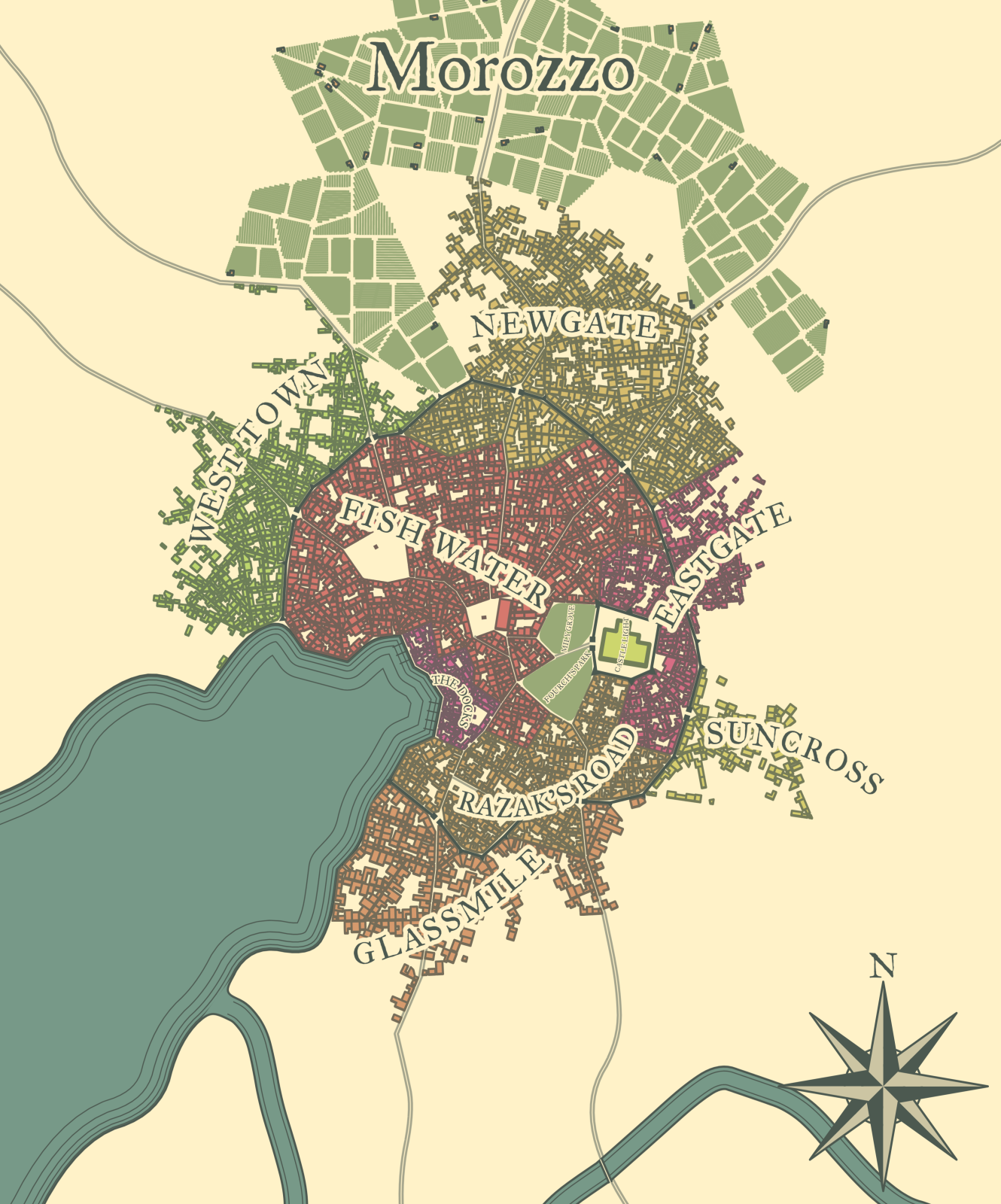 The city of Morozzo is a port city at the mouth of the Molndal River on the peninsula between Morozzo Bay and the Talinian Ocean. It's the main port for the gold and grain of Molndal. It has a reputation for being a haven for well-heeled smuglers and contraband goods.

It was built up by House Molndal as an alternative port between Talinside Bay and New Kirinal. The harborage is not as good as the other two cities, but port fees are lower and regulations are fewer.

The headquarters of the Order of Light is located here and it's garrison is in charge of defending teh city and preventing invaders from traveling up the river to the capital City of Molndal. This is also the winter home for the Cavaliers of Light Tourney Train and the Golden Balladeers.

The castle and it's attendant cathedral of the Church of Sun & Moon are the main locations for investment and accolade ceremonies for nobles and knights associated with the Order.

The Grandmaster of the Order of LIght keeps his residence and offices here.

The population of the city, like much of the surrounding sovranty, is majority human. A minority of tieflings and a few aasimars also make their homes here. Non-humans, although not forbidden from living here, get a chilly reception from the xenophobic residents.

A healthy middle-class of merchants and traders enjoy city life, always looking for a way to rise through the ranks of society. Unlike other sovranties, noble titles still carry a lot of weight in Molndal and citizens compete to marry into or buy noble titles.