The Maelmoor is an extension of the Spiderhaunt forest located at the northern tip. Legend states that an ancient artifact (Iyldathral) was destroyed here, altering the landscape, destroying portions of the Weave and desecrating the land for hundreds of miles. The permeating evil warps the creatures who call this place home, making them aggressive and hostile.

The Maelmoor is a deep, dark woodland that grows on the northwestern edge of the Daggerspine mountain range and connects to the Spiderhaunt forest spanning over 32,000 sq. miles. Dissimilar to the Spiderhaunt, the trees here have grown into a horrible, twisted perversion of nature. Vines wrap tightly around many of the trees and hang like nooses from their branches, while roots and limbs arch outward like the segmented legs of insects from nightmares. Thorns or brambles cover most vegetation here and the air is thick, and pungent with the smell of rot. The Maelmoor is unnaturally humid and warm compared to the surrounding regions, resulting in a low mist which masks the features of the forest floor. Even in the dead of winter, the average temperature within the swamp rarely dips lower than 8 degrees Celsius. Leaves, branches, bark, and stems, existing in various stages of decomposition litter the ground, while thick roots meander outward akin to grasping vines. The forest floor is muddy and bog-like with pockets of deep mud or quicksand which threaten to swallow those who misstep. Waterways and streams which span through the Maelmoor are tainted and thick with slime and algae. Great bogs and swampland filled with disease causing bacteria break up the miles of twisted tree cover, making travel through the area extremely hazardous.

All manner of fearsome creatures and hostile lizardfolk tribes make their home here. Those who have ventured into the Maelmoor and lived to tell tales of the experience speak of bloated cattle-like monstrosities that feed in the deep bogs or the giant carrion eating insects with their poisonous proboscis. Most fearsome are the giant masses of vegetation which move about as if sentient, engulfing everything their tendril-like appendages grasp. Even the seemingly harmless plants and flowers can burn the skin of those who get too close, or cause fever and weakness.   The Maelmoor is also home to the Moor Wraiths (Shadar Wraiths), created by the Iyldathral.

The one resource the Maelmoor has in abundance is peat moss. Given the hazardous nature of the region, it is not something that many common folk would travel to harvest. 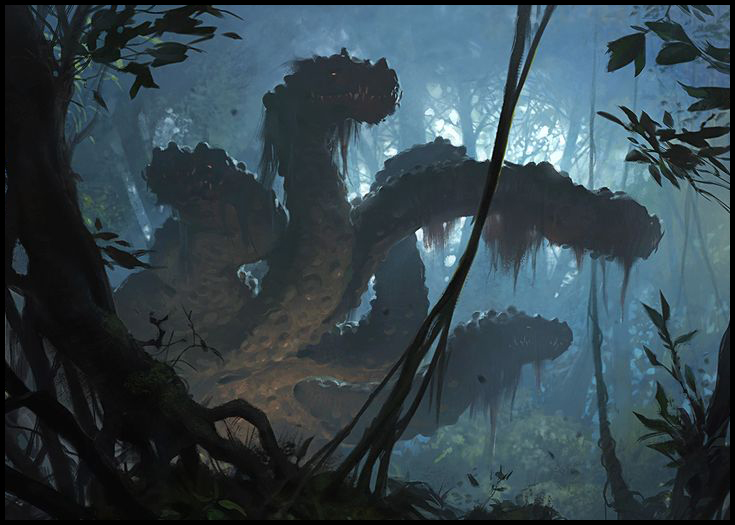 The corrupting nature of the Maelmoor affects all manner creatures; transforming the native denizens into the creatures of nightmare. 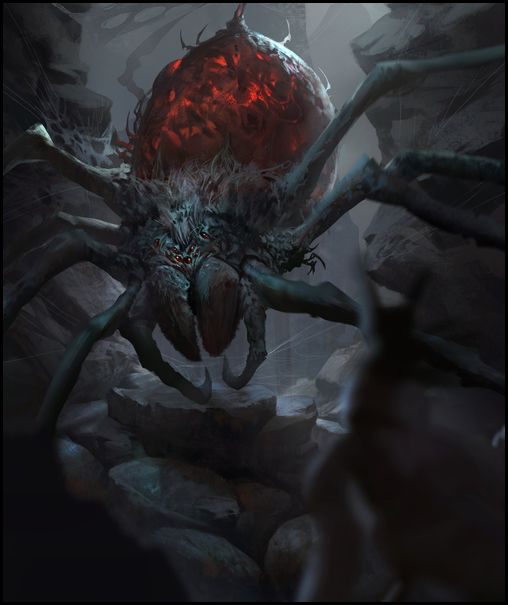 The fearsome sword spider makes its way through the twisted treetops, searching for any travelers unlucky enough to find their way into its waiting embrace.

Answering: "an area or geographical landmark wrapped in myth, legend or superstition"
Visit Fentan99's Competition Page Check all other answers to this prompt Competition Homepage