Member of the famed Selkirk Family, Lieutenant Selkirk Nero had hoped to follow in the footsteps of his ancestors as a fearsome TAG, the necromancer leader of one of the skilled Tactical Assault Group forming the backbone of the Sparnell Confederation's reputation for war. Instead he found himself tasked to host Five Hundred Fun Ways to Die, a half-conceived plan to further the power of the Sparnell Armed Forces by desensitizing Confederation citizenry to death.

Lieutenant Selkirk Nero received the standard educations befitting a Sparnelli and Selkirk Family member in good standing. He is well trained in Shielding Magic, Necromancy, and combat techniques, and would be a formidable force on the battlefield if he were permitted to pursue his own dreams rather than the plans laid out for him.   Someday Nero hopes his success with Five Hundred Fun Ways to Die will allow him to serve the Sparnell Armed Forces as a TAG, the ferocious necromancer leader of a Tactical Assault Group responsible for large scale destruction behind enemy lines. As his popularity as host grows, however, he watches his hopes dwindle, strangled on his own success in a position he hates with an unbridled and well hidden passion.

The Dawn of Five Hundred Fun Ways to Die

After completing his training in the basics of Necromancy for the Sparnell Armed Forces, Nero was claimed by Admiral Vox and provided the rank of Lieutenant. Eager to begin training in earnest as a TAG, Nero was horrified instead to discover his actual assignment: host to a new PR venture to normalize death within the Sparnell Confederation, a holovid show presenting a curated collection of actual deaths entitled Five Hundred Fun Ways to Die.   Nero reached out to the Selkirk Family for assistance pressuring his commanding officer into reassigning him as a TAG but Admiral Vox made a successful case for the new show, emphasizing the value of desensitizing the citizenry of the Confederation to death. The Selkirks also recognized the value of having one of their own as the public face of this new venture, as the public recognition of the Selkirk Family as personable necromancers providing enjoyable deaths would assist their actual TAGs in recruiting the needed deceased souls for their Tactical Assault Groups. Nero was ordered to remain in his role and provide his best efforts to the task, or risk joining the ranks of the disowned.

Seasons One through Seven

The first two seasons of the show were met with a lukewarm amusement across the Confederation, one more in a string of strange programs concocted by Admiral Vox gracing the government-controlled networks. Nero would introduce holovid of awkward and amusing deaths of citizens within the Sparnell Armed Forces, augmented by recordings of the deaths of everyday citizens caught by the many cameras across Sparnell-controlled planets as available material began to dwindle. These recordings were usually followed by interviews with friends, Family, and even the dead individual about the sequence of events that had led to that moment. Most Sparnelli found little of true interest to hook their attention, while most Sparnelli Families found the display of their accidental deaths a detriment to their Family glory, and so midway through season three Nero was faced with plunging ratings and a dwindling supply of viewing material to choose from.

A true Selkirk ensures their own success.
— Chairwoman Selkirk Valanna

Taking his Family's threats to heart, the demoralized canid announced a new kind of season grand finale, a two part special where viewers would vote on the deaths shown throughout the entirety of season three. The Family with the winning death would then be permitted to choose a death for Host Selkirk Nero himself, to be performed live on air the following week, with assistance from the winning Family.   Not only did the ratings skyrocket, but Families began submitting their own materials of fantastical intentional deaths in the hopes of winning the votes needed to win the chance at killing one of the famed Selkirk necromancers. Once Nero let it be known this new precedent would continue the next four seasons continued this momentum until Families began complaining when he failed to use their carefully planned submissions.   Nero was finally able to change the format again, this time in his favor.

Season Eight to the Present Day

Beginning in season eight, Five Hundred Fun Ways to Die would adopt a full game show format, complete with a live studio audience. Citizens of the Confederation could submit their names to a lottery to claim a pair of seats, one for themselves and a second for a guest. Those winning tickets would be entered in a second drawing for a chance to die live on stage. Once Nero resurrected all the contestants, the live audience members would vote to judge their favorite deaths and determine the winner of the episode. At the end of the season home viewers would vote for their favorites, with the top contestants invited back for a second live enactment of their death. The winning Family would then be permitted to assist with production the following season.   Much to his relief this new format struck a chord, with citizens clamoring for a chance to appear on the show and very few complaints about the removal of Nero's own death from the finale. This wasn't the role he had dreamed of playing within the SAF, but Nero had finally hit his own stride. Five Hundred Fun Ways has remained in the same format since the Season 8 changes in Staryear 2256 EVT, with no signs of waning popularity, and the recognition and acceptance of the Selkirks has never been higher.

Nero holds a deep loyalty and a deeper resentment toward the Selkirk Family. He understands the importance of Five Hundred Fun Ways to Die in normalizing death and smoothing the way for the TAGs in his family to gain willing team members for their Tactical Assault Groups, but he wishes they could have picked someone else.

Spending all his mental energies and resentments on handling his show, Nero has no interests in dealing with others once he is no longer in the public eye. As long as he maintains his viewership and furthers the Selkirk Family mission, his Family is content to allow him to have his own way on this point. While there have been countless offers from other Families for marriage pairings, Nero has been permitted to refuse them all. 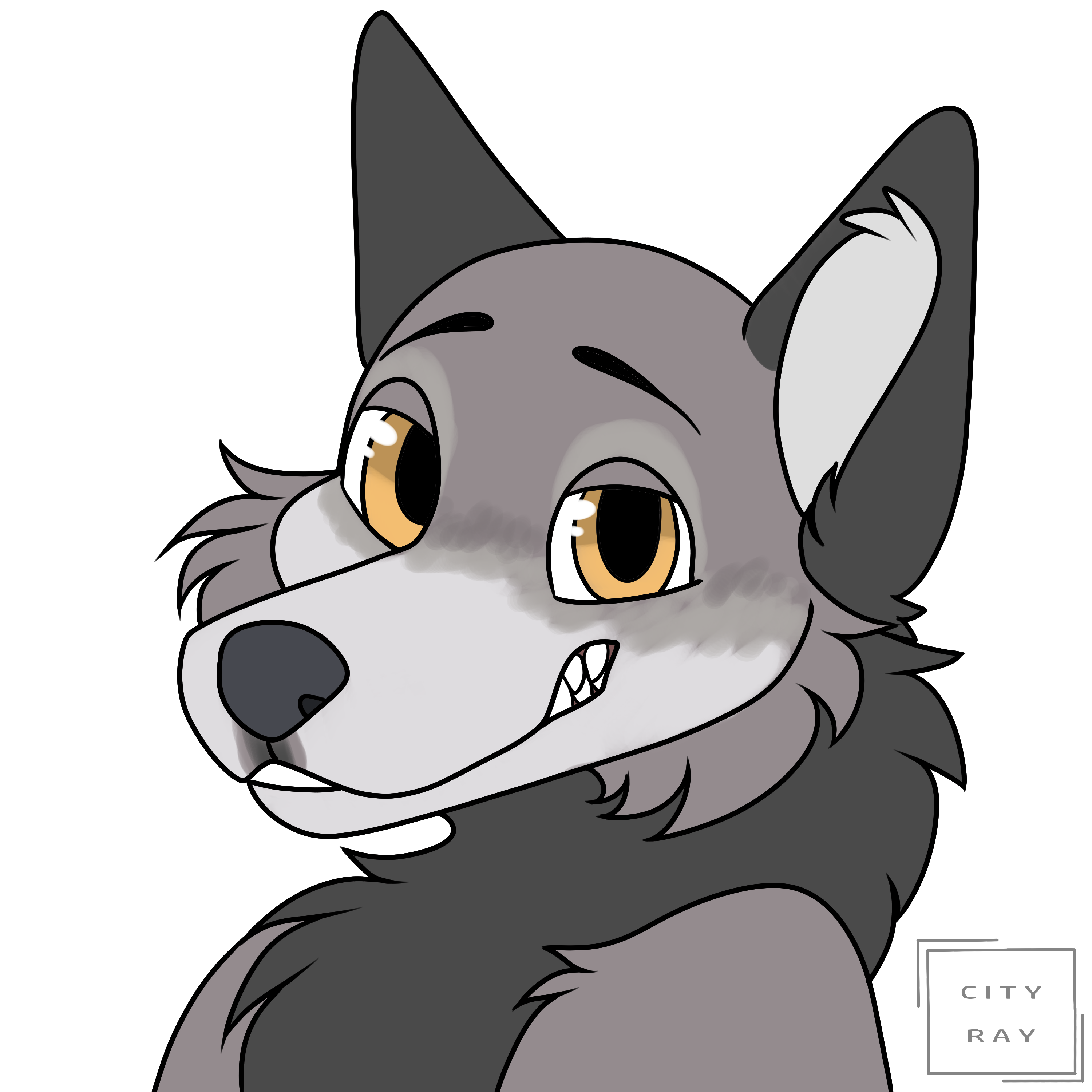 A game show competing for the most outlandish methods of death before a live studio audience, Five Hundred Fun Ways to Die began as an offshoot of an SAF campaign to combat a growing stigma against Conscription, until it took on a life of its own.

Second only to the Valcores, the Selkirk Family wields great military power and political influence across the Sparnell Confederation. They are known best for their Necromancy, leading Tactical Assault Groups throughout the Sparnell Armed Forces.

Necromancy is the magic of the soul and the Veil, allowing direct contact with the souls of others, or manipulation of space and time by temporarily phasing to the higher ascended spiritual planes.

Many thanks to Qurilion for requesting this article, and to Dr Emily Vair-Turnbull for suggestion I make him a Selkirk. Here are the results.

Poor Nero. I feel so sorry for him. All those expectations he had for his life, ruined by some mad cap idea.

He is not happy. Making the best of it though, and still surrounded by deaths he has caused just like if he got to do what he wanted, so there's that I suppose.

Awwww poor Nero! His family is very cruel. I'm glad he has been able to change the format to not be the one killed at the end at least... Has he come to accept his fate now or would he ever want to attempt some scheme to get out of it?

He doesn't want to get disowned. Right now he is a Selkirk, the second most powerful Family in the Confederation, and the thought of starting over without that is scary, even though he is thoroughly miserable.

Heheheh   I can't get over how perfect the name is for the Five Hundred Fun Ways to Die show, and how miserable this guy is to be part of it. "Deep loyalty and deeper resentment" is such an excellent line too that tells many stories just on its own   I can't wait to create his dimensional twin :D

Me neither! I am really looking forward to seeing what you come up with.

Omg, this poor guy D: xD   What a job to be stuck in! "Strangled on his own success" is such a good line in this, haha. I really feel for him, especially having to die for entertainment so many times. This is such a good article!   Will be for sure including it in my reading challenge article :D

I am so glad Q suggested I write about the game show host. Then Emy suggested to make him a Selkirk and it all just fell into place. I am thrilled with how he came out, and so excited you enjoyed him!

Poor man. Such a good article! I loved the story of the show and the phrase "Deep loyalty and deeper resentment". I hope he finds the strength to change his life someday.

Thank you so much! I enjoyed writing him.   There may be more written about him in the future someday. The universe will probably not appreciate him pursuing his dream job, though.