Left in Cinderhaven with no memory of their past, Oisin has built a life for themselves with their friends in rebellion.

Oisin is large and a bit stocky They're strong, and visibly so. In their first form, they were notably taller than firbolgs tend to be, but their current form is a bit shorter, but still quite tall.

Blue skinned, with patches of golden blonde fur on their chest and arms.

Large, round eyes and a bovine-like nose, with a rosy freckled complexion and dimples when they smile.

Oisin has martial prowess and benefits from rage as a typical barbarian does. They're much harder to hurt when raging.   Oisin also has magical abilities. They are capable of using firbolg magic, and have studied the movements of natural-inclined casters to pick up a few spells from them. After much worship, they came to realize they had the magics of a light cleric as well.

They're usually typically dressed in loose simple clothing in greens and blues. Oisin has a clear liking for jewelry, usually wearing several necklaces, their wedding ring, a wooden spell focus ring, and the leather bracelet for protections Pinbòl had put in place at their home. Occasionally, they wear glitter in beard and fur.

For adventuring, Oisin has the Eyes of the Eagle to improve perception and Bracers of Defense.

Oisin was taken at some point to be turned into a Nocturne. The ritual didn't work, and Oisin woke in a cell with Saxi, who was in a similar predicament. They two recognized one another, but didn't know from where, nor anything prior to waking. They were freed by the resistance and have since worked with Aldion.

Previously odd jobs at the docks. Currently a "stay-at-home husband".

Amnesia prior to Temaris 1199 and fear of confinement, due to their experiences before being freed by the resistance. They've struggled coping with death, and the concept of being fairly long-lived.

Needs work, according to Ezra. They try to follow the teachings of nature, but struggle to leave things that bother them alone, particularly when it comes to defending creatures.

Oisin is a new but devout follower of the Nature domain. Their patron goddess is Aedia.

They're fairly outgoing, but have the tendency to speak without thinking, leading to awkward situations.

Saxi and Oisin woke up in a cell together. They were both missing memories, but quickly became fast friends and roommates.

Oisin had expressed that he genuinely cared about Pinbòl, and had supported him in his efforts to become a better person and atone for what he had done. Pinbòl believes Oisin had been a good influence and had changed him to be a better person.

Towards Glitter and Sparkle 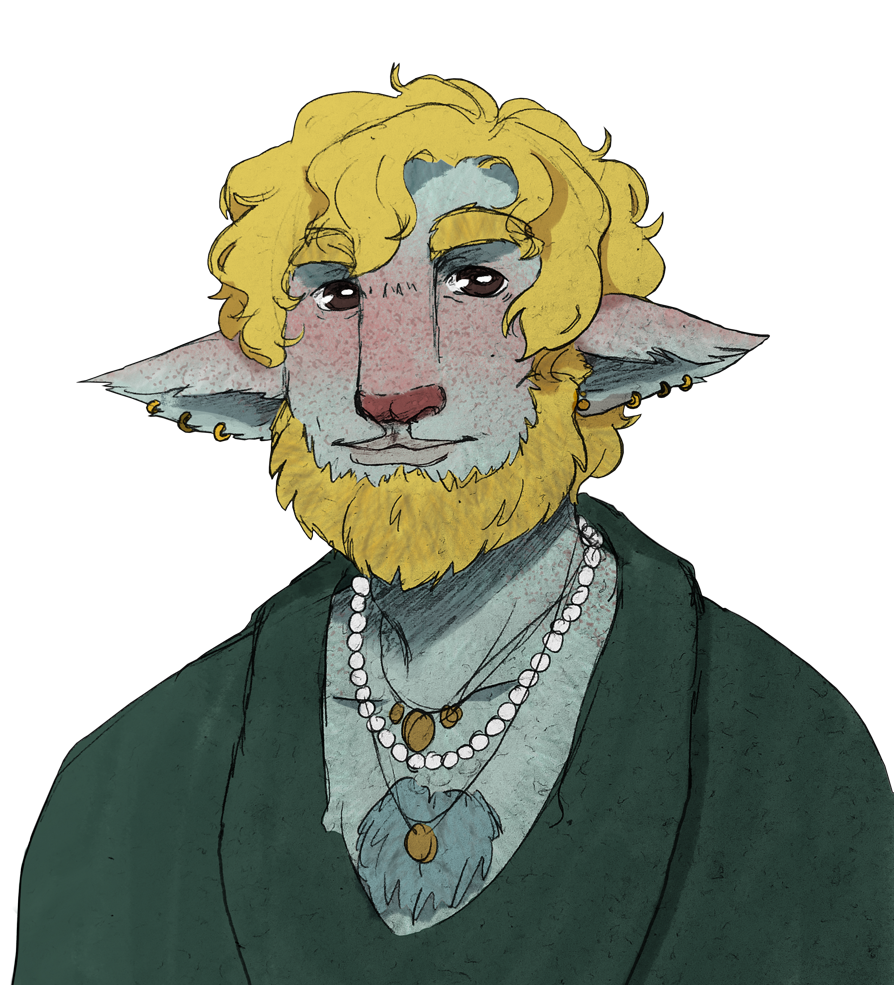 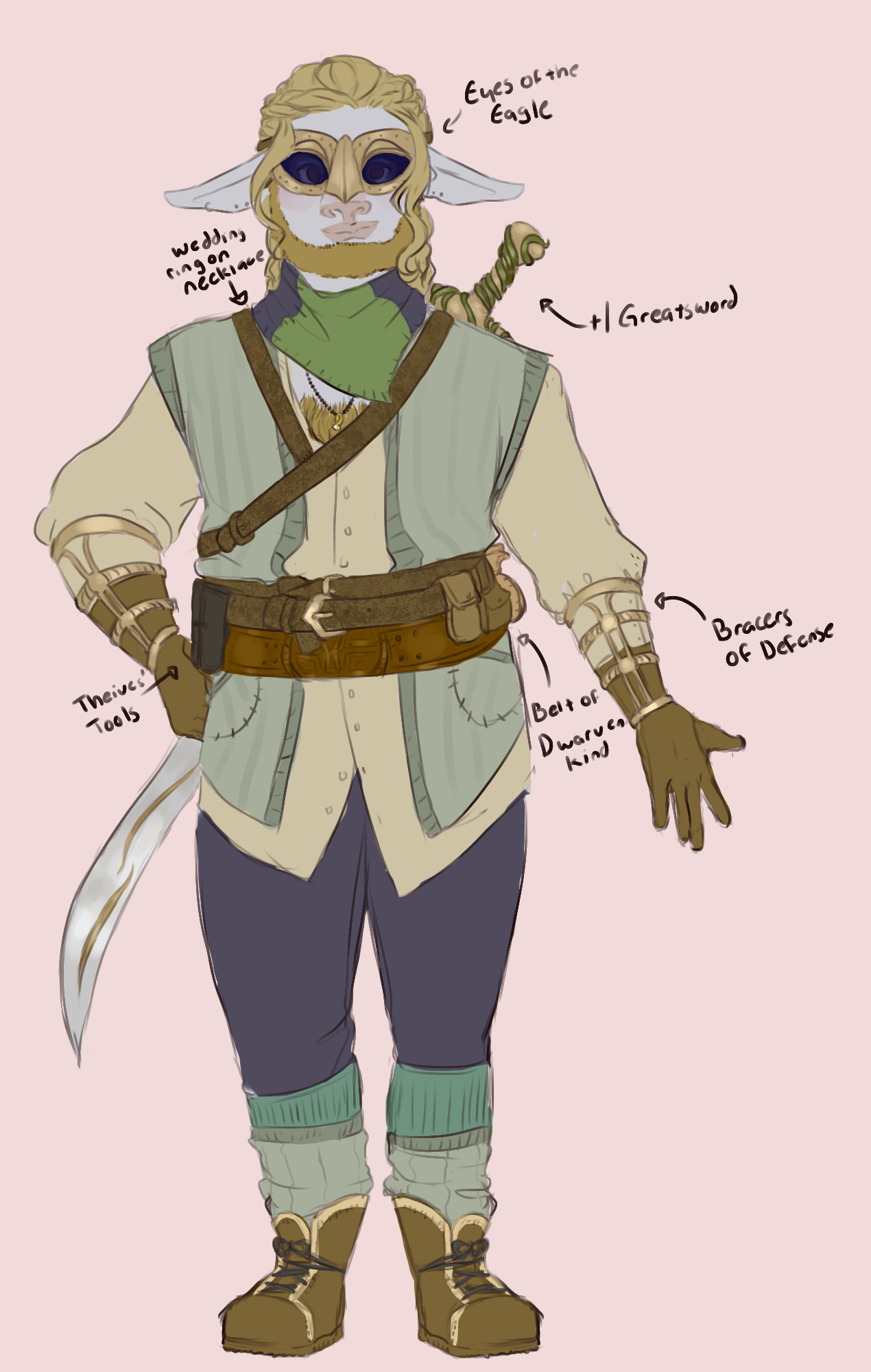 by Jay
Oisin's gear for The Party's expedition to Lamina Island.
Player Characters