A noble protector, Lark is willing time and time again to put his life on the line to protect his friends and the innocents people of Cinderhaven. His aim to do the right things for the right reasons sometimes comes into conflict with the morally gray situations that the party find themselves in.

Skin tone is that of greyish stone. His face is child like, kind, and full of wonder; inviting with a friendly forgiving smile. His face and body are covered with a bright colorful paint-like tattoos, filling in and accentuating several birthmarks. He is well built and appears strong.

Speaks to his 5’ stuffed bear Dermot at times

Divine magic granted to him by his primary diety Ursali

Modified miners hat that holds an everburning candle, Foster is his 1400 lb Kodiak bear mount. Battle axe and giant lute in which the battle axe can be stored

His small family tribe raises Mountain goats and provides safety for the surrounding areas by protecting them when they pass through the region. Never asking for anything in return. Lark was tasked with returning to Cinderhaven in order to bring hope back to the land and share the Light and Colors of Ursali while protecting the innocent of the city and surrounding areas.

Wandering around and asking questions

Many failures in which he has learned from growing up

Blunt, usually literal, but with a kind childlike appreciation for the world

Simple and positive, but prepared to die for others at any time

To be a beacon of light to the world. His deeds and actions should bring hope for anyone affected by them. His job is NOT to attack evil, or punish the unjust, it's to uphold the weak, and protect the innocent. Everyone who looks at him should feel more confident that tomorrow will be a better day.

Kinda slow on the uptake with certain things

He judges people by their actions, not their words. If someone is in trouble, he's always ready to lend help. Sincerity is important: there’s no good in pretending to be something he is not.

childlike wonder and a little simplistic, habitually speaks to his 5’ stuffed bear Dermot

Bathes a couple times a week

friends and neighbors with the goblins of Green Iron Village

in a romantic relationship with Jastra Arasys, who is pregnant with their child

Follower and Paladin of Ursali.

Foster, his mount, and Dermot, his divine focus. Both bears.

Lark made an impression on Jastra at a part hosted for her daughter Seldanna. He was blunt but kind, insistent but charming in his simple ways. She took him to bed that night, and they proceeded to have a quiet romance behind the scenes.

They find each other comforting and supportive. They are also going to have a child together.

Lark destroyed one of Bezel's priceless clocks after he found Bezel to be incredibly rude. 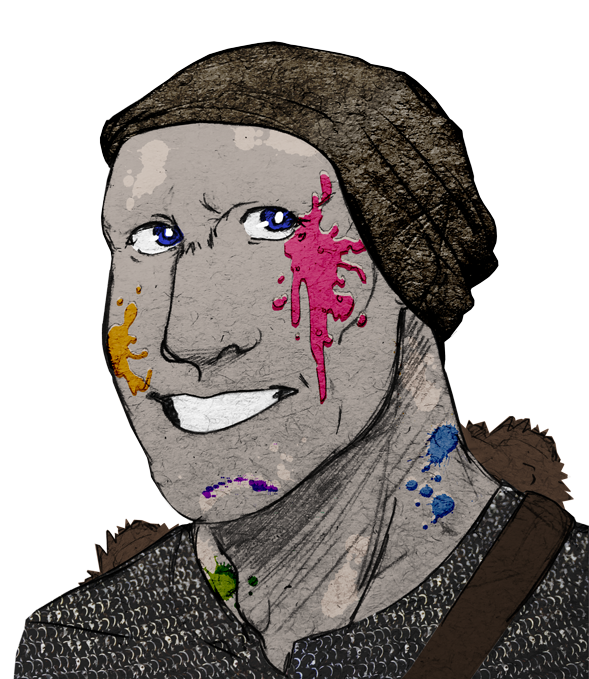 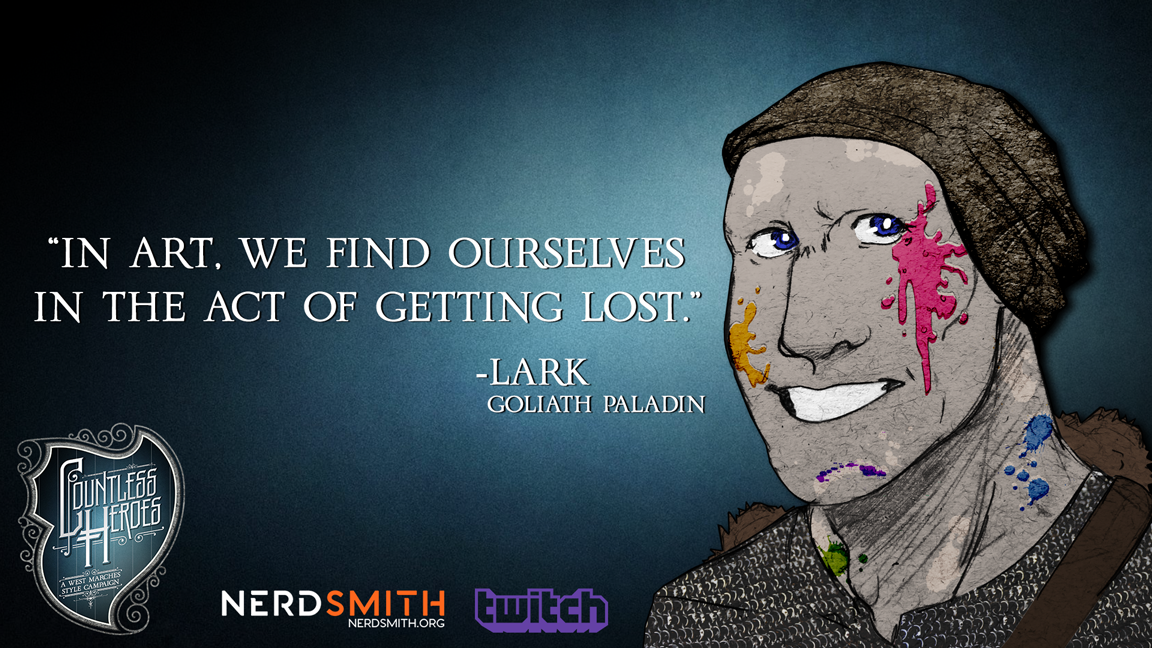