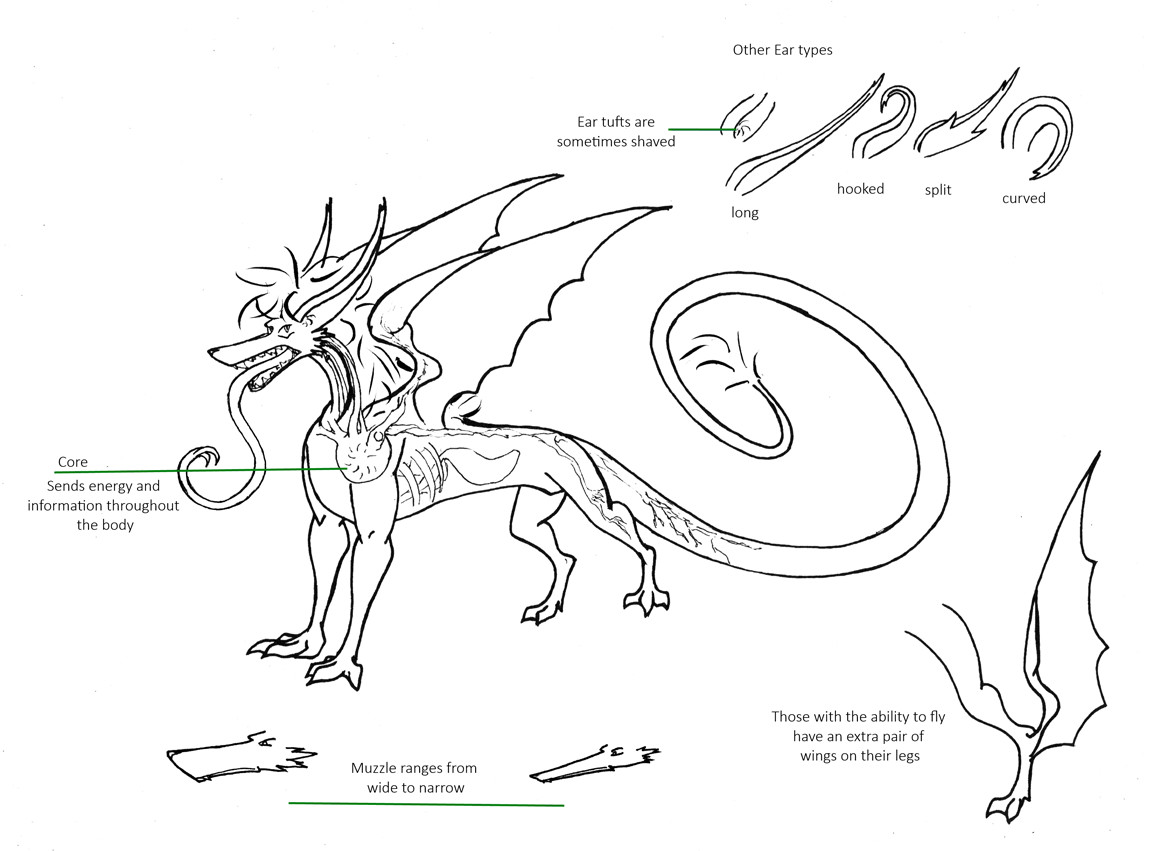 The flesh on their wings stretches and is velvety to the touch, the ones who can fly have an extra set of wings on their legs.   In Corone and Trenzar they can stand and walk upright, however this results poor balance and can easily be knocked down.   Creaviae in Fractus are missing the wings on their back, walking upright unless they regain them.

New creations are made from one of five Energy sources (Type L, E, W, S, or F). Once gathered, there is 47 hours to shape and influence the body, markings, and colors. An individual may also simply choose to create Imitations using any of the sources.

Young bleed a lighter amber red growing a darker red as it ages.

Desert dwellers always have dark marks around the eyes. However, they are much more active at night and during twilight hours.

While they can consume a wide variety of foods, many hunt or fish.

Those with an average coat will have it grow thicker and longer during the cold winter seasons. They will cut it down or shave it off when warm weather returns.

They can be mixed and matched along with countless other variations not shown. 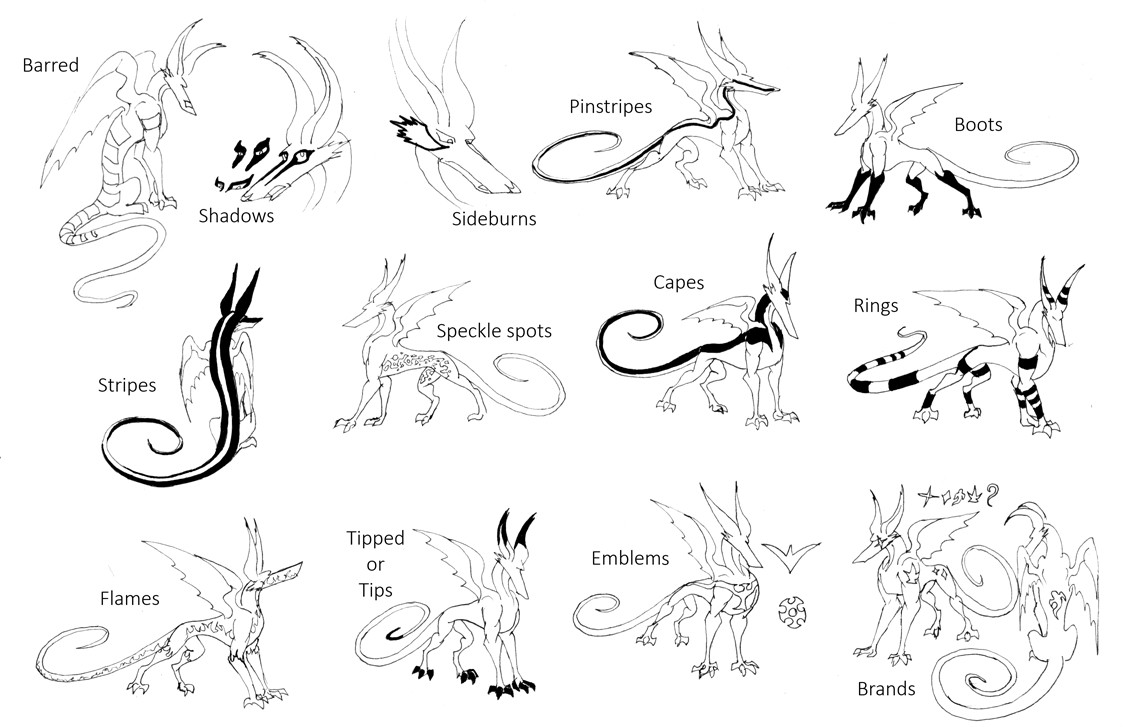 They use smell to identify ownership of objects and places as well as when someone was last in the area. While they can see at night, Type L can see as clearly as day even in the pitch black (color will be muted or black and white the darker it gets.) Ears are also used to detect changes in temperature and movements in the air.   Everyone has the ability to use magic, but only some will have a natural talent. These individuals often use it reflexively when young. Those without practice will have little to no control of it. Continuous use of magic by anyone results in a decrease in their life expectancy.

Primarily identified by looks and smell, they will be given a call sign by those around them. This can take days to years before one is obtained, if ever. Typically feral creaviae will only receive one from whoever they harass.

Staying clean and well groomed is encouraged. Sharp reflective claws and healthy shiny coat with even color is considered the most ideal. Odd or unique markings are considered works of art. Implying the creator(s) may have tried to introduce the patterns or colors while the individual was being sculpted.

It's uncommon to meet a Synphon, but they don't go out of their way to find one.

While they all speak Creaviis the different regions will have accents and sayings. They also can communicate using engine like sounds. (This the only way the feral communicate) -snarl -roar -purr -whine -hum -hiss -growl. The very young will -beep -click -chirp -whistle before they can speak

They often live far apart allowing space for food resources to be distributed throughout territories. Friends are allowed to hunt in these areas, everyone else requires permission. It is perfectly acceptable to just pass through as long as they stay on route. One can ban anybody from entering their territory although this is rare.