My family is sick.
— Cleon Crypto

The Crypto family fled Traimora when they were chased by the humans. The kingdom of Narinor was very young. The Crypto's were quickly to jump up when the opportunity of marrying into the Barnier family.

Because the Crypto was the last noble house to join the vampire Community, the woman that they married of to the Barnier family was a widow. So the black spider became their symbol.

During the last battle:

The Crypto man where the first at the mansion of count Ventila. They are the ones who captured Armand Barnier the last crown prince.

The Crypto's are one of the two families, how didn't listen to the ban of drinking from humans. Even in the modern world they still drink from their human servants.

You are a black sheep along the spiders.
— Headmaster Vance Dracul

The family is still walking the old path of the vampires. What means they are still drinking blood of humans. There are members of that family how wanted to walk the new path. But they are ghosted by the rest of the family. As Cleon Crypto, the librarian of Red Tempest Academy, knows from experience 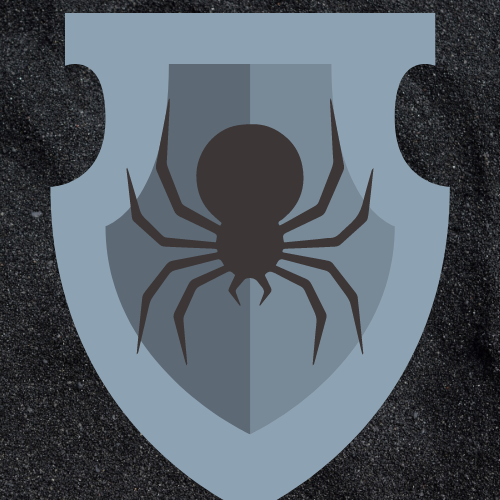