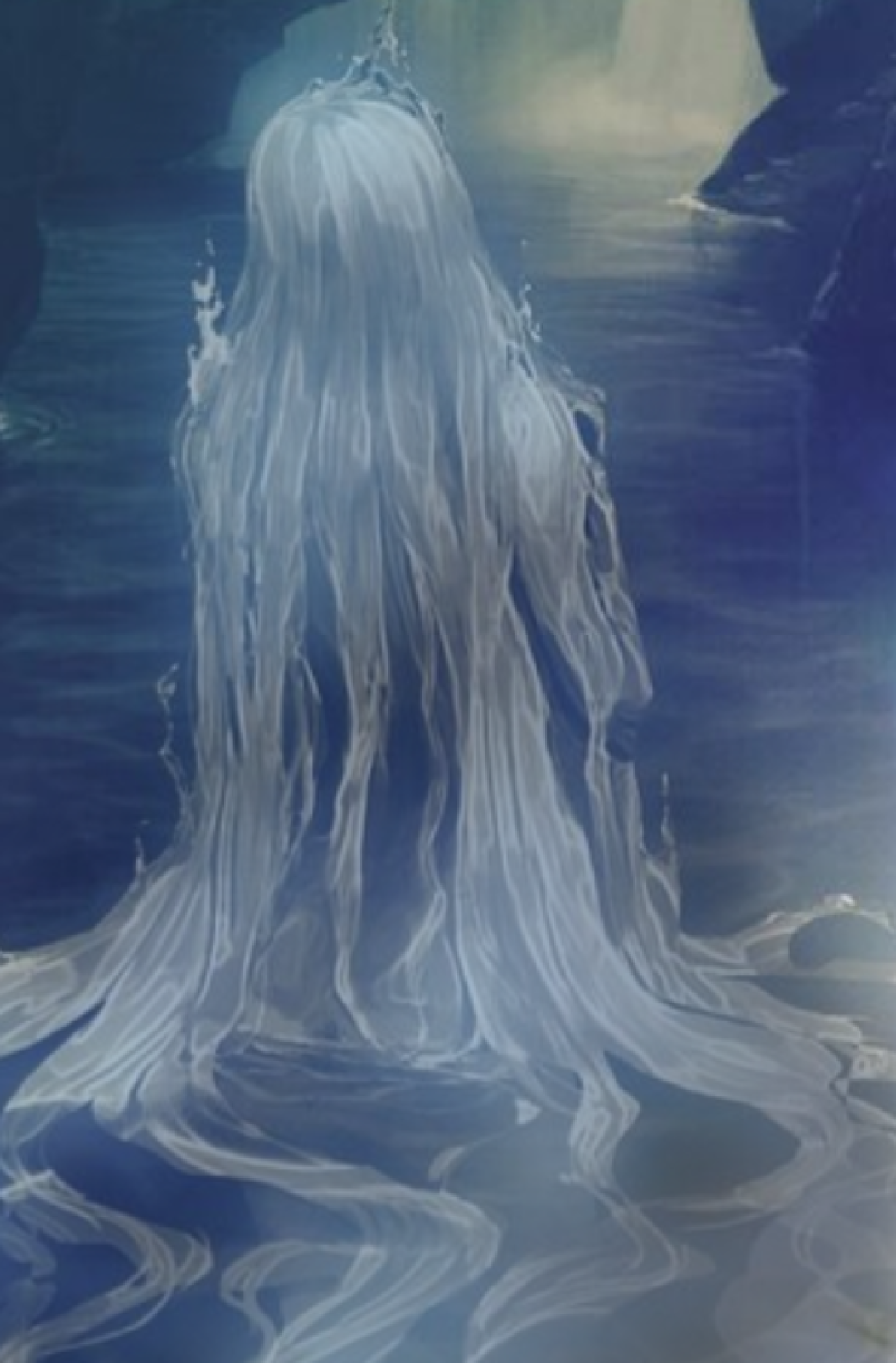 In the tellings, the flower girl can grant any wish in exchange for appropriate blood offerings. To summon her, the hopeful must find her iron pot, painted in the times of the Keanians, and pour in water to overflow. From the water, she would show herself and ask first for her offering. If she deems it proportionate to what is asked, then she would grant it. No matter the quality, the girl seemingly only cares for quantity and queues of wishers have offered captives and whole towns of people to satiate her.   Generally, the more ambitious the wish, the more sacrifices are necessary. If the wish had only a one time consequence like Zsuz's tower, then a fixed amount is all that is required. However, if a wish can go on indefinitely, like in wishing for immortality, then large batches must be continually given over. Should they stop, then the wish is cancelled.

Many great and terrible deeds and feats were accomplished throughout the land and attributed to the flower girl.

It is rumored that four of the twelve immortal kings gained their immortality via a wish from the flower girl. These individuals have been remembered as the most bloodthirsty; even for those known as charitable before and during their reign. If they wished to continue, they had to continually offer prisoners of war or raids or criminals and dissidents.   It came to be a solemn affair when lines of bound people were taken into the residence of the king, never to be seen again.

It has been argued many times before, just how consistent the jinn's wish granting is. It has been hammered time and again in its morality that the subject fades when the offering stops. Yet many wished-for buildings and monuments still dot the landscape in places out of reach of the floods.   Enthusiasts to her story reasoned that the magic she casts uses surrounding materials to raise the construction in mere moments; and it is just the magic that is displaced when the offerings stop. But the rock and metals set themselves as normal provided the construct followed normal physical law, like Zsuz's tower.

If correct, similar reasoning can apply to the transfiguration of miles of clay, gravel and bedrock; as in unexpected cases where seaweed were turned to turquoise, salt to peals and shells to amethyst. Given that there are no ongoing reports of mass sacrifices to maintain these gems; it's safe to say that they are stable.

It is hypothesized, by these admirers, that this logic can continue in asking for particular, or forbidden, knowledge.

Stories revolving around this mythical figure warn against greed and ones own desires. Told far and wide as a children's tale, the seriousness decreases the further from the Floodlands one goes.

In the cultures of both the Swingers and the Cloud Clans, flower girl has origins as a benevolent and ancient goddess who was, for reasons too vast and contradictory, stripped of her powers and imprisoned in her iron pot. She is prophesied to get out once she has collected enough souls to restore herself. When she reveals herself, she is described as a ghostly little girl from the waist up and wearing a skirt of the flayed skin of her own head and torso around her hip. These skins are considered her petals, and so: 'the flower girl'.

Swingers from the Dry Bowl characterize a pretty being, also called the flower girl (for the flowers in her hair), as the bringer of human life and as being so desired by the both the sun and her shadow. Which strikes a definite contrast to the version from societies in the Floodlands

The legend of this jinn brings the concept of human sacrifice into a region that does not partake. This has lead to the perception that she is an invader of some kind; or an aid to invaders.   She is also told as a lesson to the circumstances of last resort. More or less, the villain at worse or an indifferent enabler at best. Swingers generally take offence to hearing their creation goddess described in such an unflattering way in tales from the Floodlands.